How We Camped for 2 Nights at Agnaem Cove: Itinerary & Cost Breakdown

Contributed by Musings and Pathways

While Zambales is mostly known for its famed coves like Nagsasa and Anawangin–which are close to an hour away from mainland Pundaquit, San Antonio–there is a cove just minutes away from the known surfing spot.

A 20-minute boat ride from Pundaquit will lead you to Agnaem Cove, which is the most accessible cove and is near perfect for quick getaways with friends, family, couple, and even for solo travellers.

If Nagsasa Cove or Anawangin Cove is your real plan for camping and you arrive in Pundaquit on an afternoon where the waves get a little crazy (or during the later part of the year where storms often visit the country), chances are, the boatmen will often suggest you stay in Agnaem for the night. If the waves (and the weather) permit the next day, you can proceed to Anawangin or Nagsasa.

Also read: Camping in the Philippines: 10 Sites with the Most Incredible Views

In other words, you end up being in Agnaem Cove when the sea won’t allow you to have a glimpse of the other famous coves in Zambales.

In going there, the boat will pass by the mountains of Pundaquit, which boasts of its lush greenery. A number of waterfalls can also be seen cascading from the top of the mountain to its foot.

The cove from a distance is picturesque. From afar, you can see an array of cottages that differ in sizes. In the far right end, there are several secluded kubos (cottages) with a spacious beach good for bonfires. These kubos are isolated by a stream that flows to the sea. 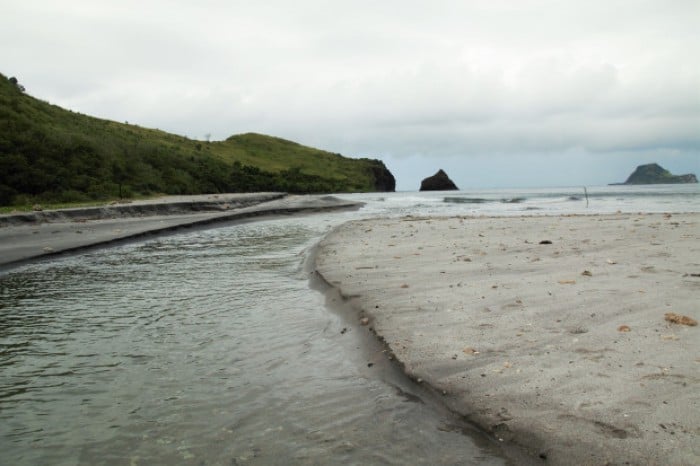 The stream that flows to the sea. Photo by Ramir G. Cambiado 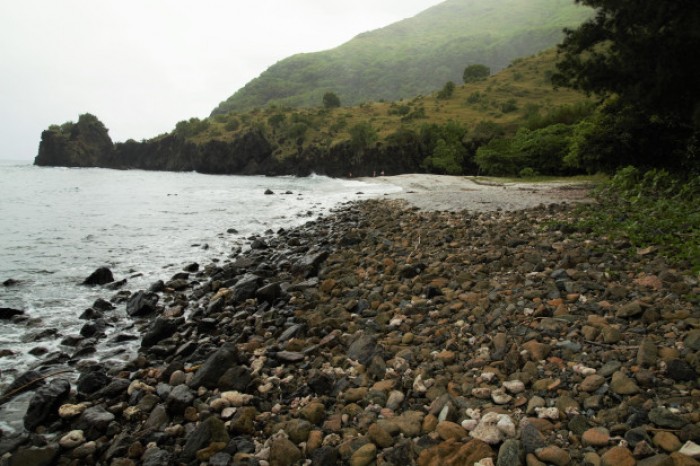 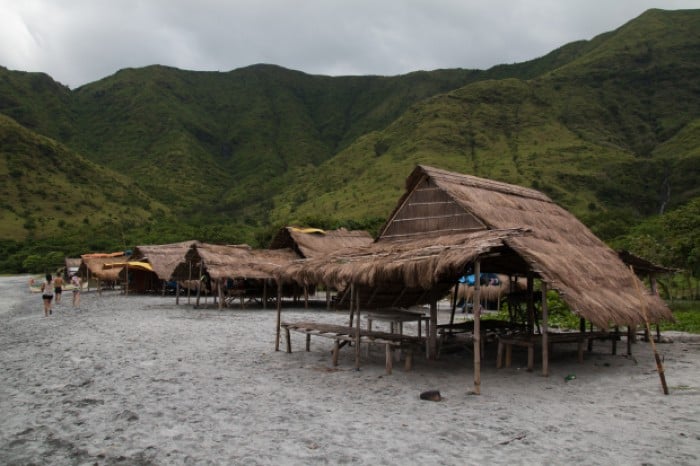 An array of huts along the beach. Photo by Ramir G. Cambiado

The stream is actually perfect for people who want to take a dip in the freshwater after swimming in the salty sea. It looks like a long pool that goes up to three to four feet high depending on the tide, with small rocks resting in its bed. While most people frolick by the sea, we took the opportunity to have a dip and float there all by ourselves early morning and by midnight for some serene conversation over bottles of beer.

The night swimming in the stream, though, is my favourite. You can just dip your body in the chilling water partnered with the cold gush of air coming from the movements of the waves by the sea, while you revel in the beauty of the mountains in front of you. The view will leave you speechless. Breathtaking, even. Okay, I am being sentimental here.🙂 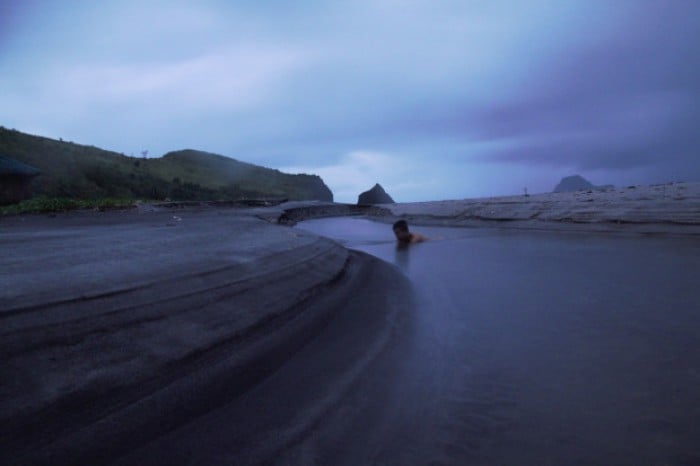 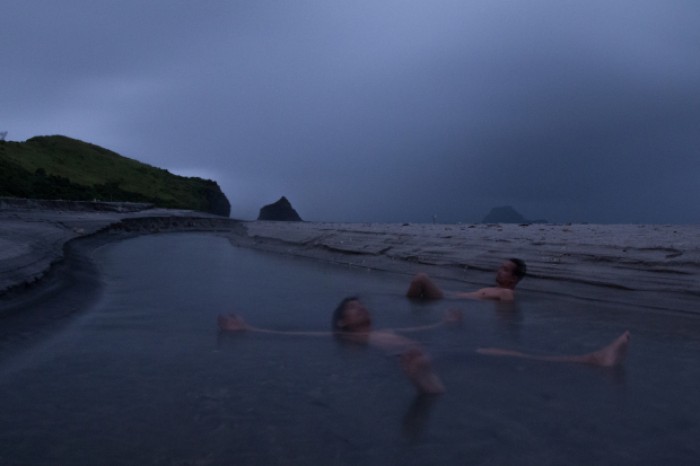 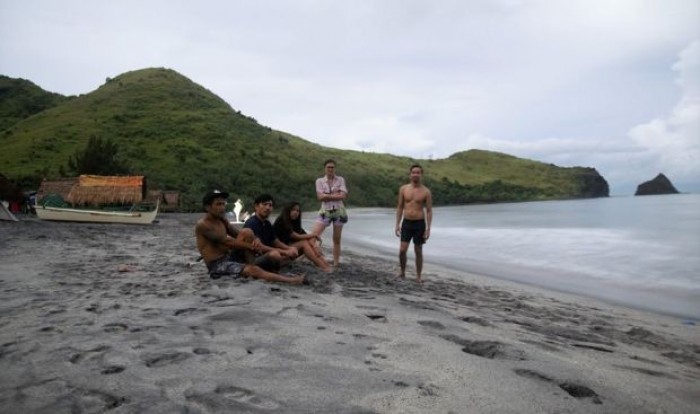 Midnight chilling by the beach. Photo by Ramir G. Cambiado 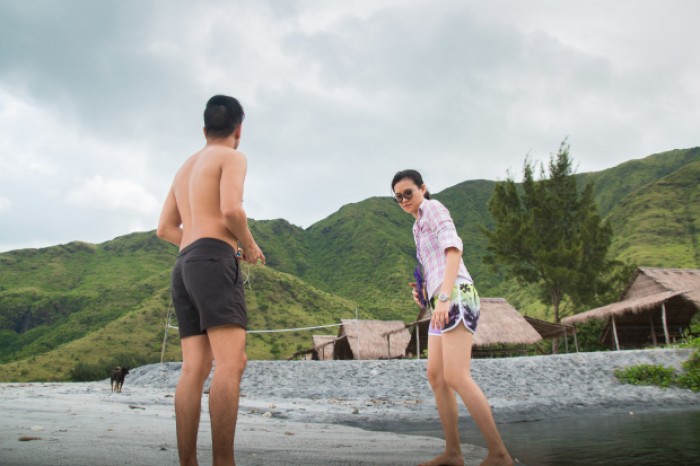 Camping there is also quite an experience. Our group camped for two nights ala Survivor. We love how we immersed into the beach life–sans the electricity, a complete detox from the internet–with only food, drinks, waves, the sand, and the stunning green backdrop as your sight, and more food, of course.

And if you are worrying about call of nature, Agnaem Cove has a number of makeshift comfort rooms (with toilet bowls, yes!), which made me heaved a sigh of relief. Haha! Some locals there also offer water for those who want to take a shower. Also, there is a place in the cove, in the middle part of the beach, where people can wash their plates and cook sets. 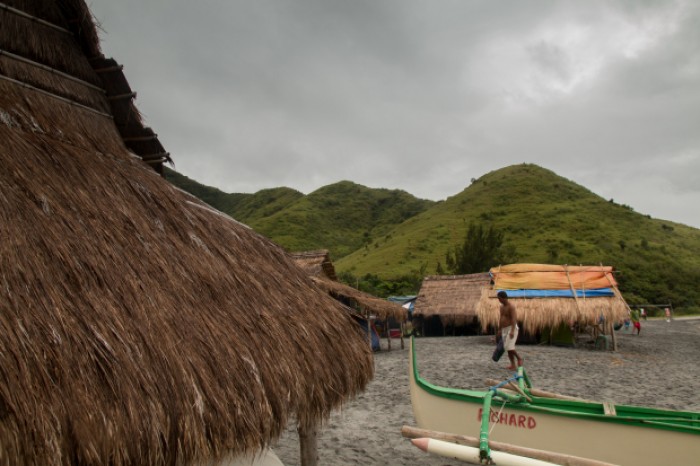 Kubos differ in sizes. The one we rented costs ₱500 per night. Photo by Ramir G. Cambiado 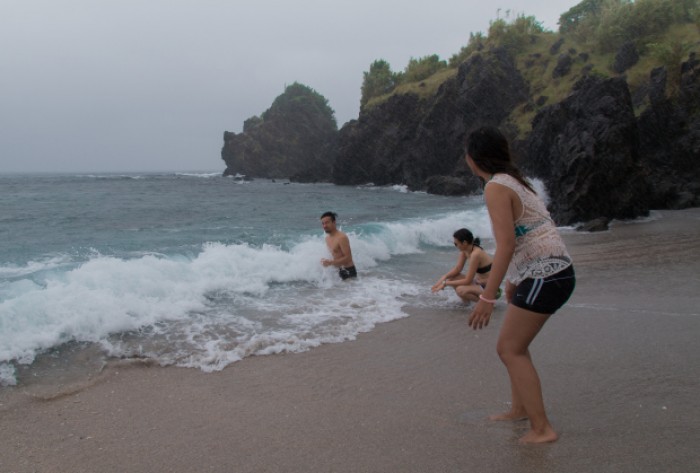 Playing in the rain! Photo by Ramir G. Cambiado

While the heavy rains and the big waves might have prevented us from going to Nagsasa Cove (for now), staying for three days and two nights in Agnaem Cove is still something we would be glad to experience again.

Also read: 12 Romantic Campsites in the Philippines to Get Away with Your Special Someone

Below is my suggested itinerary and some details for a trip to Agnaem Cove for three days and two nights:

Anything goes! Bum by the beach, dip in the stream, climb the hill, explore the rocky paths, picture taking, relax, eat, converse with the locals, (even accompany them while they go fishing), and drink all day! 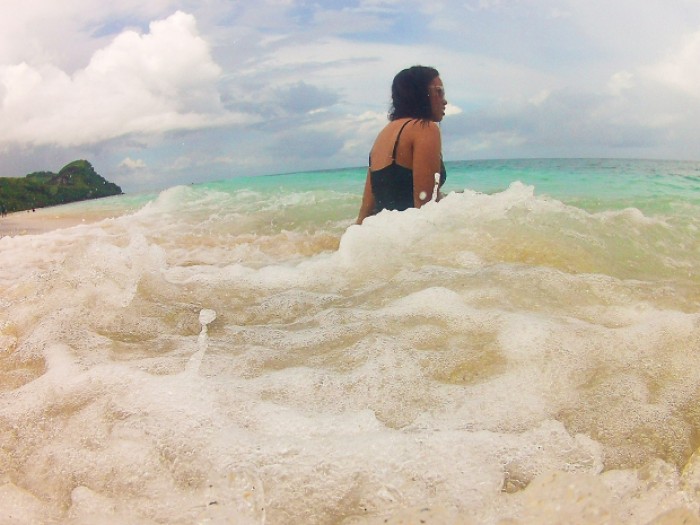 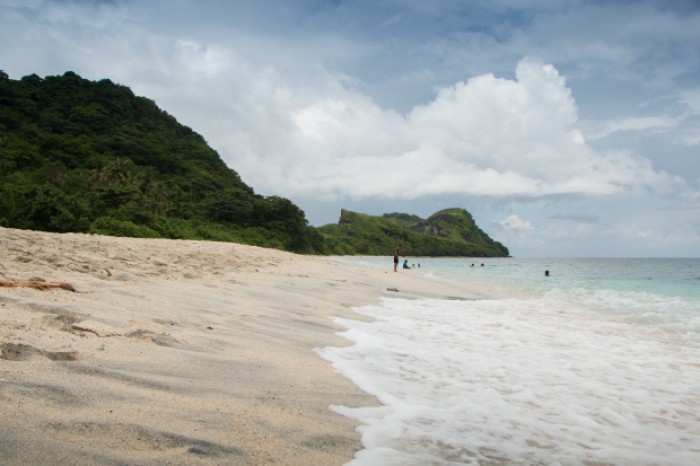 The long stretch of beach in Capones Island. Photo by Ramir G. Cambiado 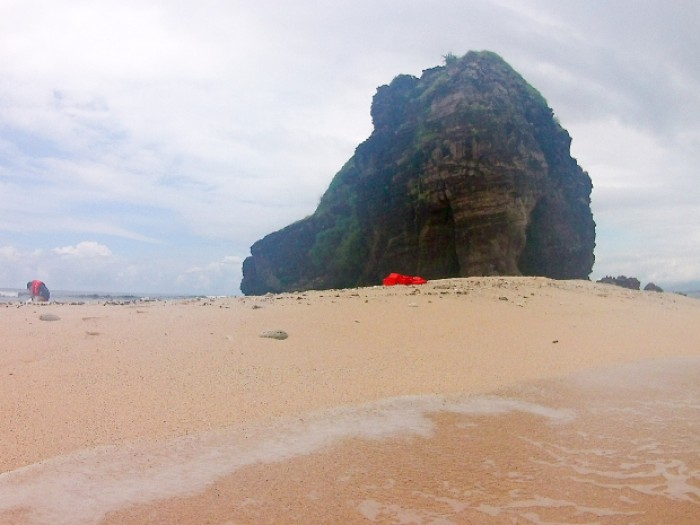 Camara Island has a long sandbar that connects to a large rock formation. You can cross this sandbar during low tide. Photo by Ramir G. Cambiado

Gel is a wild heart, free-spirited 20-something Filipina who lives life travelling, writing, and meeting people. When not on the road, she is either beating deadlines for an article assignment or babysitting her one-year old nephew. She lives in Makati. Check thoughts on travel, life, and love at Musings and Pathways.

Previous ArticleWhere to Spend Your Next Barkada Trip in the Philippines This Rainy Season
Next ArticleHow I Did My Dream Europe Trip for Less than ₱100,000 (All-In)
Comments (0)