Every time someone calls or comes close to calling me a biker, I get uneasy knowing I’m somewhat unworthy of the name. I’ve been biking since I was a kid. But I’m far from the likes of accomplished Filipino cyclists Nicanor Nicdao and Coryn Rivera, or the thousands of cyclists who have found comfort from biking in Manila these past months. Biking basics like knowing the right bike and wearing proper cycling gear are alien to me. I just know I enjoy doing it.

When the opportunity to start biking in Manila presented itself during quarantine, let’s just say it took someone weeks of convincing me before I jumped on it. One, because it meant investing in a bike of my own (I never owned one). And two, because I feared biking in the city. Let alone in the heavily congested and unsafe roads of the Philippine capital. But eventually, the need to step — or rather, pedal — outdoors grew far greater than any of these hesitations. 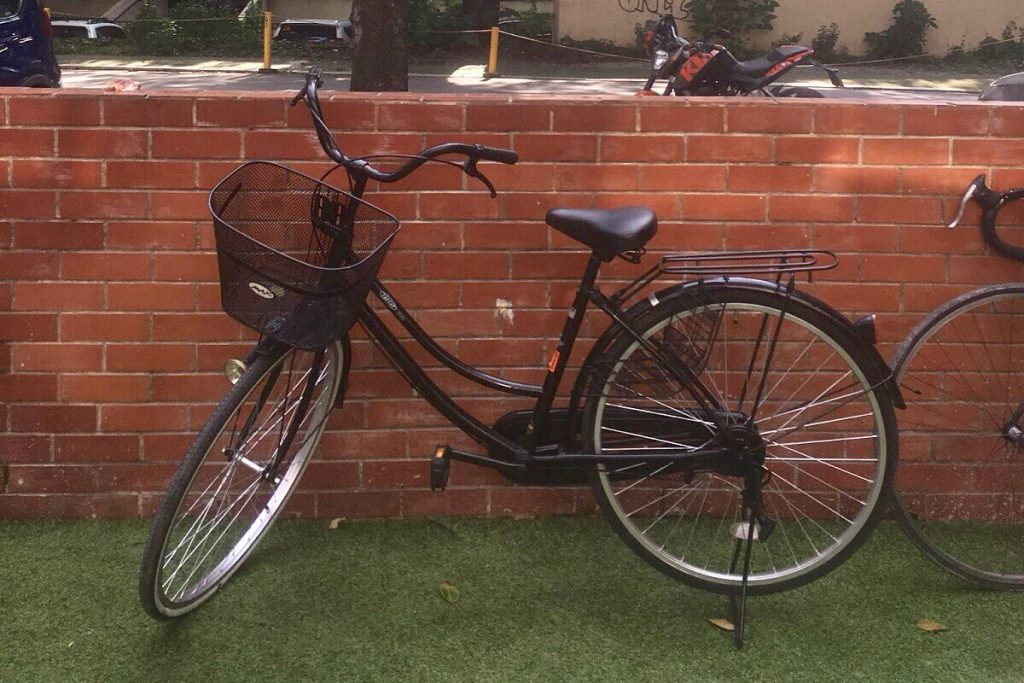 And so, in July 2020, I bought my first-ever bicycle — a secondhand Japanese bike that I intended to use for my quick errands outside home. Later, I rode it to explore Quezon City with an experienced biker, going as far as my alma mater in Diliman, an experience that taught me some of the biking tips I now know and apply. I learned the rest after I found myself in Manila and Pasay these past weekends, braving the jam-packed streets of Sta. Cruz and the now biker-friendly SM Mall of Asia grounds.

Tips for biking in Manila based on my experience

Two months into my biking routine, I figured it was time I passed on some biking knowledge — which I highly advise you to take with a grain of salt because I’m still no veteran cyclist. Nonetheless, these biking tips are coming from experience. And I genuinely hope that all you future bikers and cyclists benefit from them because, let’s face it, biking in Manila is far from stress-free. And we all need a helping hand from a fellow biker every now and then.

Invest in a good bike and proper gear

My first biking ‘mistake’ was simple enough — I settled on a bike that I chose mainly because I liked the way it looked. It’s good for short-distance trips, which I initially wanted, sure. But as soon as I realised I wanted to bike faster and for longer distances, I knew I would’ve been better off investing in a brand new, heavy-duty road or mountain bike. 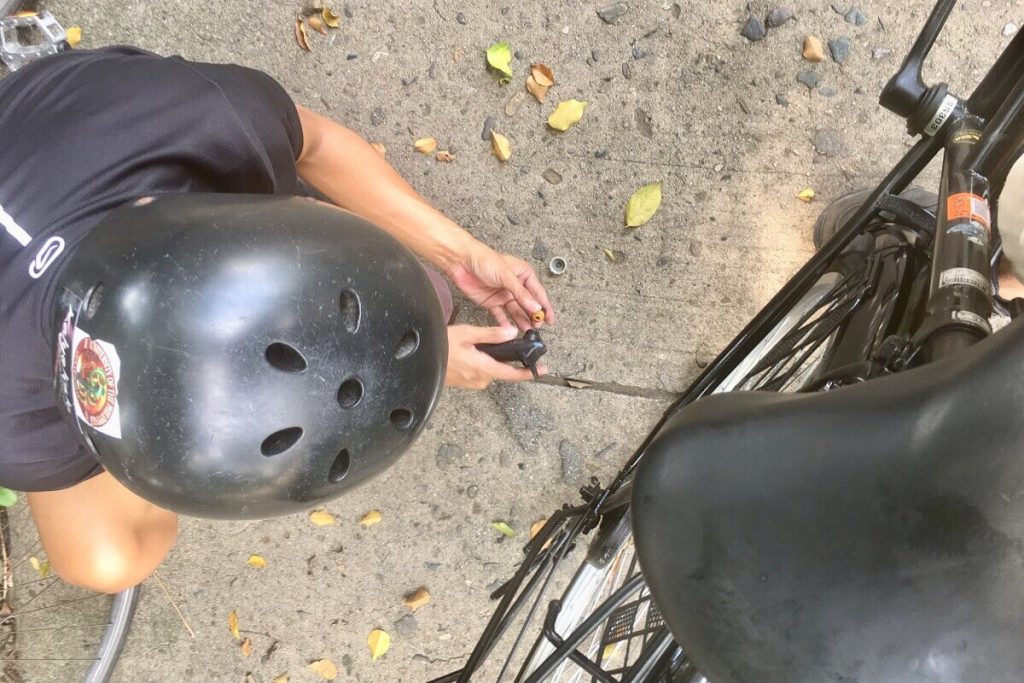 On my first day of biking in the city, not only did I get consecutive flat tires, a bruised leg, and unbearable body pains (likely because I’m not used to a Japan bike’s structure), but my vehicle also proved to be far too heavy for me to carry, especially when crossing footbridges. When just starting to bike in Metro Manila, know that you will need to take your eventual bike weight into consideration! Luckily, you can find plenty of lightweight bike options around (I wish I thought of this earlier).

In succeeding weeks, I was biking without a bike lock, horn, and lights. But I would always bike with a friend who would guide me when running into intersections, roads with heavy traffic, and when we’d bike until dark. Still, I ended up buying these accessories because I knew that if biking in Manila was something I’d still want to do even after the lockdown, I’d have to invest in these biking essentials for my and everyone else’s safety!

Having often biked for recreation in the province, away from busy roads and large biking groups, I was clueless about biking hand signals. While I would see cyclists apply them from time to time, I never thought about them being a common practise in the biking community — until that first biking trip in Quezon City. My companion had introduced me to the basic biking signals I’d eventually need when travelling in Metro Manila. 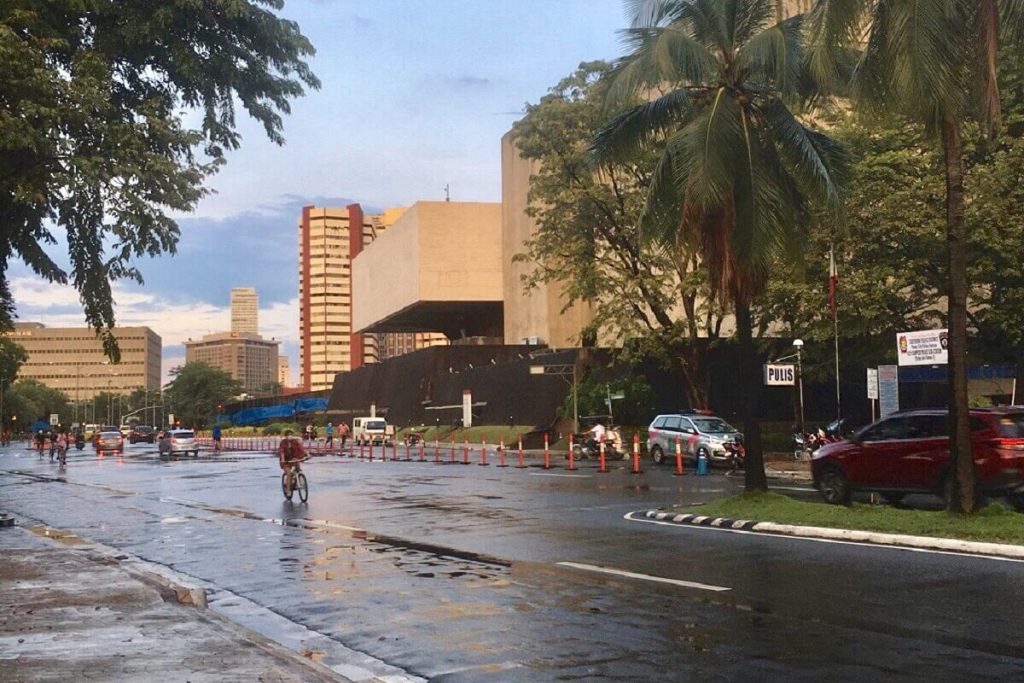 To turn left or right, point in the direction where you’re going a few metres before turning. You can point with your entire hand or an index finger. When slowing down, face an open palm to the ground. You can also do the same gesture while in a tapping or dribbling motion. When stopping, clench your first while raising it in the air. When passing an intersection with vehicles about to go through, raise one hand as if greeting the driver.

These are just some of the most common bike signals you should know. And sometime during biking, remember to make use of them for safety and improved visibility on the road.

Go where the others go, but with caution

Both new to biking in the city, my friend Jennifer and I have been following this tip to know where the best biking routes in Metro Manila are and how to get there. Of course, you can always research ahead. But if you’re just biking spontaneously to explore or sightsee, then this will most definitely come in handy. I also found this to be a much more feasible alternative to bringing out my phone to check for routes from time to time. 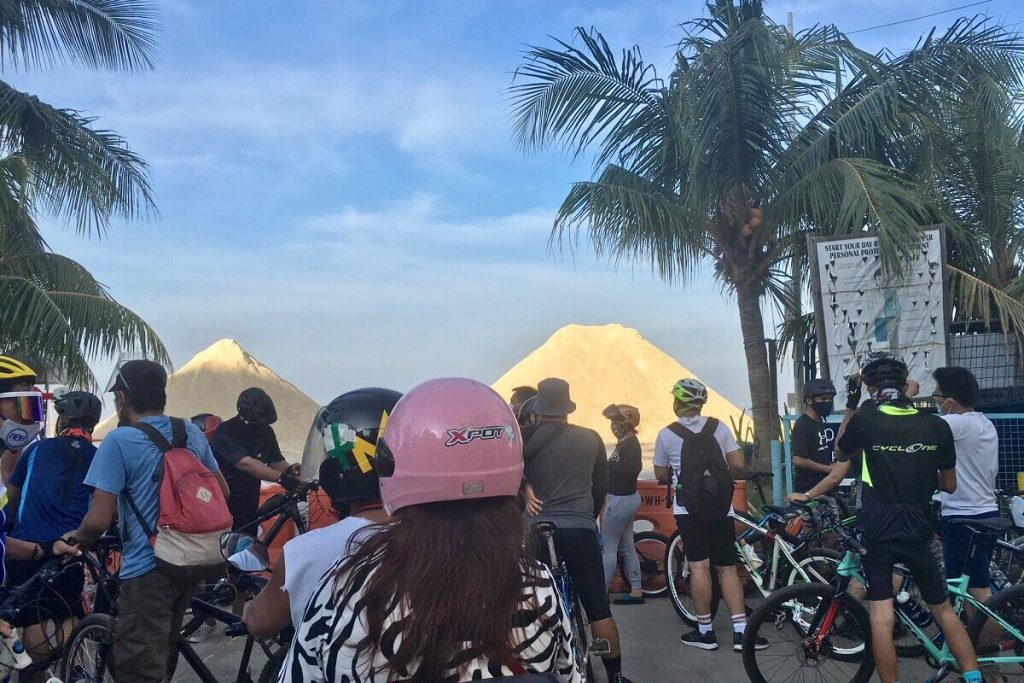 All it takes is observing other bikers or cyclists — which lane they’re taking (if bike lanes are nonexistent), which street they’re turning, which areas they park their bikes, so on and so forth. On top of giving you ideas, it’s also a chance to get to know other cyclists, if you like asking for directions upfront, and eventually join biking groups along the way. It goes without saying, but don’t forget to stay vigilant as you do, too!

Don’t be afraid to reach out to experienced bikers

In line with following bikers or cyclists on the road, you can always benefit from seeking insights from more experienced bikers. In my case, I was fortunate to get in touch with a biker after writing about the activity earlier in quarantine — from teaching me the kind of bike to buy (which I regret not following because again, I went with something that was visually appealing to me) to bringing me to bike-friendly spaces within Metro Manila. At times, we’d even talk about relevant subjects that taught me more about biking in the Philippines. 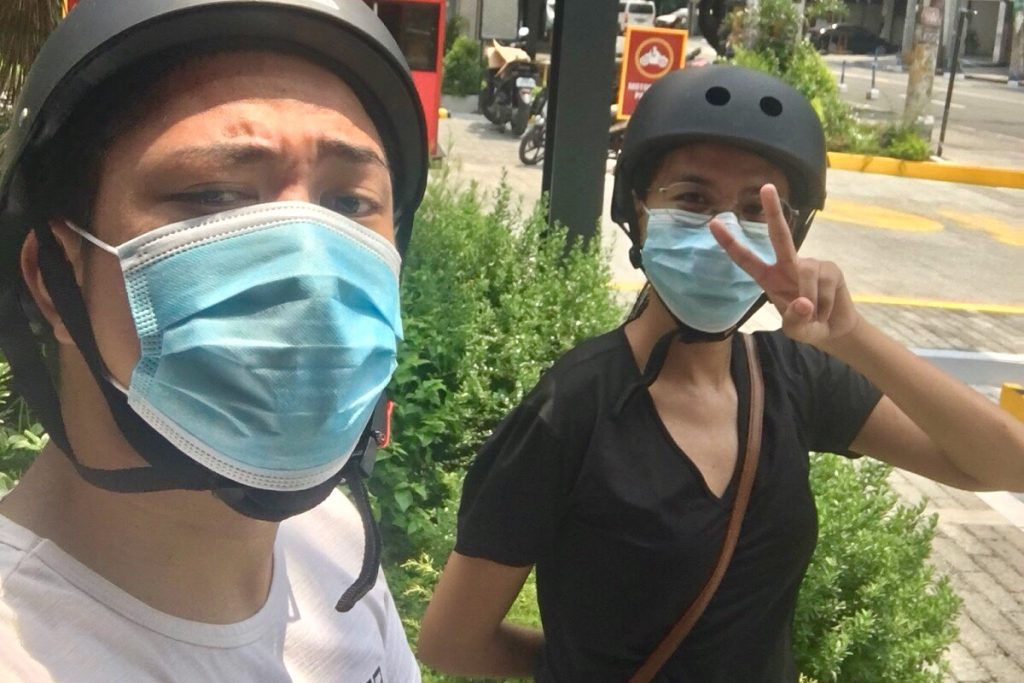 If you don’t have anyone you know to teach you these, by all means, join biking communities online — from those that sell budget bikes in Metro Manila to those that encourage sharing biking tips for Filipinos, like Filipino Bikers Group. Another group called First Bike Ride also shares inspiring stories from those just starting their biking journey. I also recommend a YouTube channel called Unli Ahon, which by far has the most helpful insights about everything bike-related!

Bike for fun — Manila is not a place to be competitive

Until we see a more bike-friendly Metro Manila, perhaps the one most important piece of advice I can give as a beginner is to remember to have fun, while practising health and safety precautions. If it’s your first few trips, invite someone willing to guide you through the basics of biking. That includes letting you find your own pace and not pressuring you to pedal harder than what you physically can. 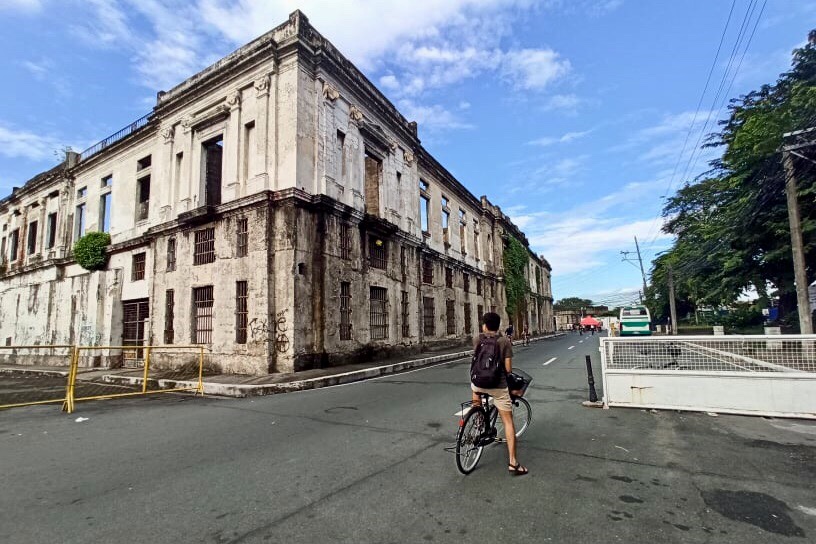 Biking in Manila, you’ll encounter both friendly and disrespectful bikers or cyclists. I’ve also gotten in a few encounters with inconsiderate car drivers who’d refuse to let me through. Some would go as far as honking preposterously at me just because they can, even when I’m out of their way. Then, there are stories from other bikers who’ve gotten their bicycles stolen in bicycle parking areas, or even their homes.

In this city, unfortunately, these things still happen. And until more Filipinos turn to biking as a personal activity or a means to travel, and Metro Manila becomes an ideal place for biking, we’ll have to work with what we have. When you find yourself in these rusty situations, keep your cool. If there’s an opportunity to explain, explain; and if there isn’t, let it go and learn from it. Remember that whatever reason you’re biking for, do it with a bit of fun and as safely as you possibly can.

Previous ArticleScuba Diving During COVID-19? Here's What You Need to Know
Next ArticleJollibee Chickenjoy Hailed Among the Best Fried Chicken Brands in the U.S. — Again!