Commute Etiquette: 10 Things Filipinos Should Know By Now But Don’t

Sad reality for daily commuters in the Philippines: Commute etiquette is practically non-existent here! Tama ba? Sige, fight me. Kidding, I come in peace. But I am here to call delinquent commuters out.

My worst commute experience in Manila so far

Let’s begin with my worst commute experience in Manila (so far and as far as commute etiquette is concerned). Actually, let’s make that my top two WORST commute experiences in Manila. I guess it’s that bad, I can’t even choose between the two.

The perv with a foot fetish

The first one, I shall cut short because it’s gross and painful to recall. A pervert kept rubbing his leg against me the entire FX ride from España to Taft. It was cramped and I think the driver knew what was going on but he kept looking for confirmation from my already-stricken face. At one point, the creep smiled at me and said, “Ipatong mo na lang yung paa mo sa akin”. Before I or the driver could react, I asked to be brought down way before my stop, the wind knocked out of me. I was a minor. Still in college. I was so panicked I thought I would pass out in the street. 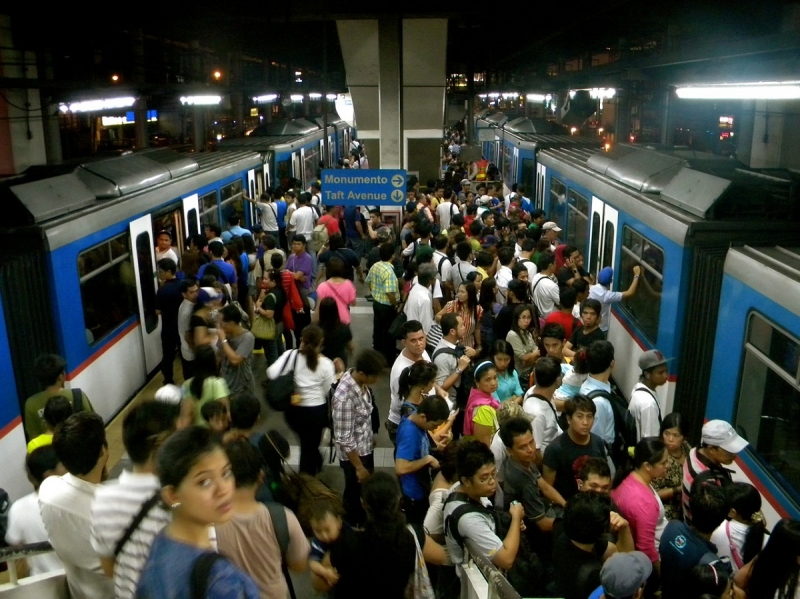 The second is an experience more familiar to the average commuter. My boyfriend and I were stuck in the MRT, and people WOULD NOT BUDGE despite our loud pleas. “Excuse me po, makikiraan po,” I kept saying but to no avail. As a last resort, my boyfriend had to push our way from the middle of the train car, dragging me by the hand, using brute force to carve a path outward. He used his bulky equipment-filled backpack as his shield — something he didn’t want to do for fear of actually hurting someone or damaging his gear. But we were left with no choice. We were going to miss our stop.

I couldn’t believe what was happening. The people who blocked our way simply did not want to move. It wasn’t their stop, so it wasn’t their problem. They just stared aimlessly or pretended not to hear the ruckus. Out of frustration, I started shouting at the people blocking the train’s sliding doors. I scolded them for not even attempting to step aside when there were people who were struggling to alight from the train. My tirade fell on deaf ears. To this day, I believe they were zombies. That, or they were just the most indecent, brainless scum to have ever ridden the Metro Manila Rail Transit System.

Which begs the question: Do we even know the basics of commute etiquette? It seems that a refresher is in order. Here are a couple of (obvious) must-dos when using public transportation. 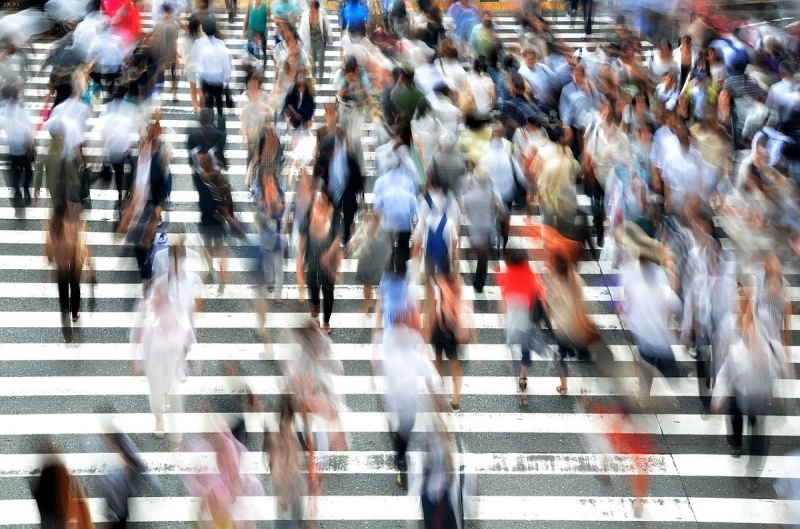 Is this a concept that is difficult to understand? Our train stations might as well have a sign that reads, “Abandon all hope all ye enter here”. Sure, public transportation has a tendency to be cramped — that, we understand. But this doesn’t mean you’ll no longer care whether or not you’re breathing down someone’s neck. You should definitely be conscious if your limbs are uncomfortably grazing someone else’s body parts as well. I can’t even count how many times someone’s hair blew right into my face while aboard a jeepney. This isn’t a music video with a slow-mo scene. Tie those long locks, or at least keep them in place! And what’s up with people who rub their torso against those in front of them when in line? Do you have no sense of decency? Can you not comprehend that you will eventually get your turn to swipe your beep card whether or not you hover?

It’s easy, really. Respect personal space and guard your own. 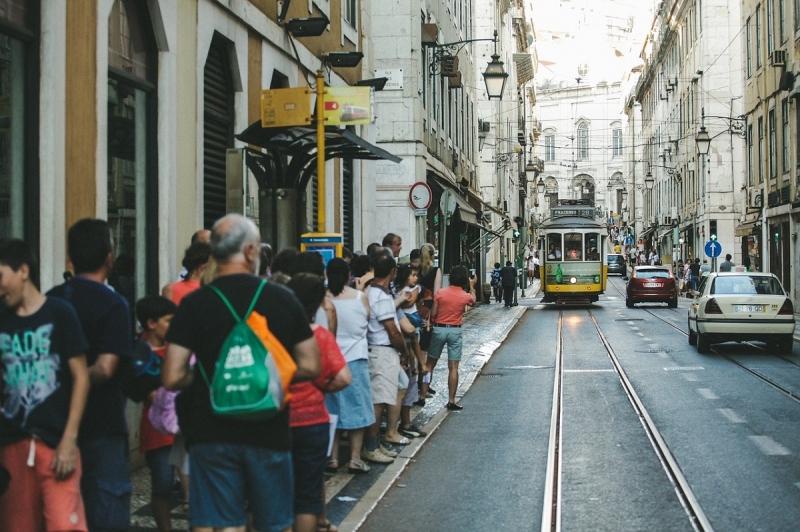 There is but one golden rule when it comes to queuing: Wait for your friggin’ turn. There is a line — follow it. Don’t one-up poor passengers who were well-mannered enough to stay in place. If you can’t stand lines, then don’t commute. You can always drive, walk or book a Grab. Take your pick because you have no place here.

In fairness to some commuters, I still hear the use of ‘po’ when speaking to fellow commuters (especially the elderly). But more often, I don’t hear anything at all. Commuters have been so accustomed to using force, that instead of saying excuse me, they just push or shove their way out of any cramped space.

Whatever happened to being human? How often do you say thank you while on the road? No wonder our commute experiences remain so harrowing. We lack the positive ripple that could improve daily transit. You might say it’s just one person, but change starts with one thing. So I’d say it’s still a step in the right direction, one decent commuter at a time.

4. Give way to alighting passengers

Remember my lecture on respecting others’ personal space? Well, that includes helping them make their way inside and outside of any public utility vehicle. Your things are blocking the way? Put them on your lap. You’re near the train door? Step outside just until everyone’s out. It will only take a few seconds, I promise. And if you’re one of those people waiting by the train doors and you do see someone step outside to give way to those alighting from it, let them board the train car first. DO NOT TAKE ADVANTAGE OF SOMEONE ELSE’S ACT OF KINDNESS. Rude much? 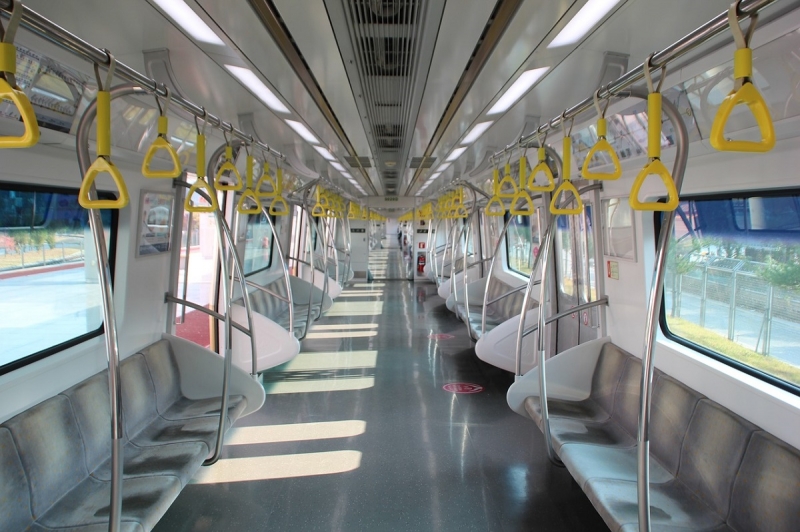 The same way that you shouldn’t take up more space than necessary when seated or standing, you shouldn’t hog grab rails. Don’t hog grab handles and hangers, either. Remember, this is a public area. Not your own little bubble. If that’s more your thing, then take a private vehicle to wherever you’re going. 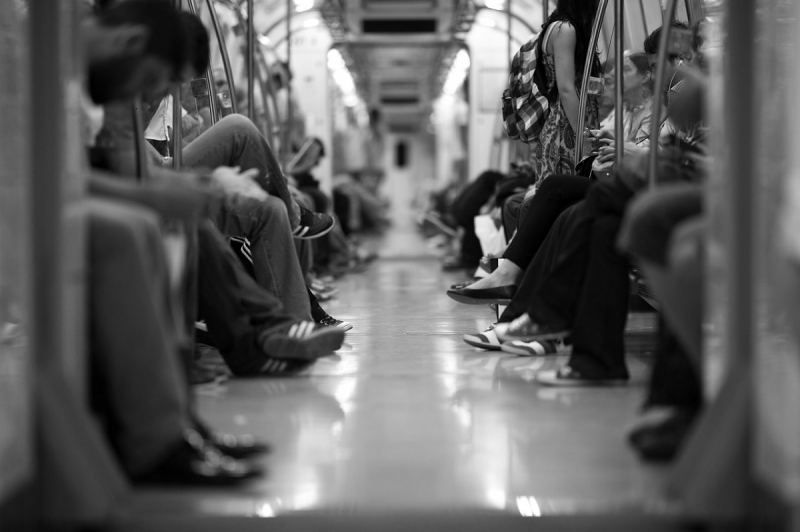 Don’t give other passengers a headache. Some of them might actually be getting down before you do. It’s simple: The farther your stop, the farther you stay from the door. That way, you save yourself from having to move every time someone is getting down. At the same time, you’re doing everyone else a favour by staying out of their way. If you have spatial preferences, then don’t use public transportation. Here, it’s always first-come, first-served. Unless you’re disabled, pregnant, or a senior citizen, of course.

7. Keep your voice down

Public transportation is already uncomfortable. Don’t add to the hassle by contributing to noise pollution. It’s a public place; it’s not your house or your bedroom so keep your voice down. If you must converse or take a call, control your voice’s volume. And if you want to listen to music or watch a video, use your earphones. Don’t have earphones? Then don’t press play.

Also read: 10 Traveller-Friendly Public Spaces We Wish the Philippines Had More of

I can’t believe I have to devote an entire entry to this reminder. Has commute etiquette completely gone down the drain these days? We were all taught this when we were younger. No pushing and absolutely no shoving. In fact, we’re not supposed to exert force upon another person — in any way. What makes you think that commuting is any different? Also, don’t be that person who makes other commuters feel that they have to push their way in (or out) in the first place.

9. Pay attention to your surroundings I often find people sleeping in public utility vehicles, and I can’t say I’ve never nodded off to slumberland at one point. Sometimes it can’t be helped. But when you can, pay attention to your surroundings. This is the only way to assure that you aren’t in anyone’s way. Plus, you’ll better guard your things and personal space too. No harm in being more alert.

10. Prioritise the disabled, elderly, and pregnant 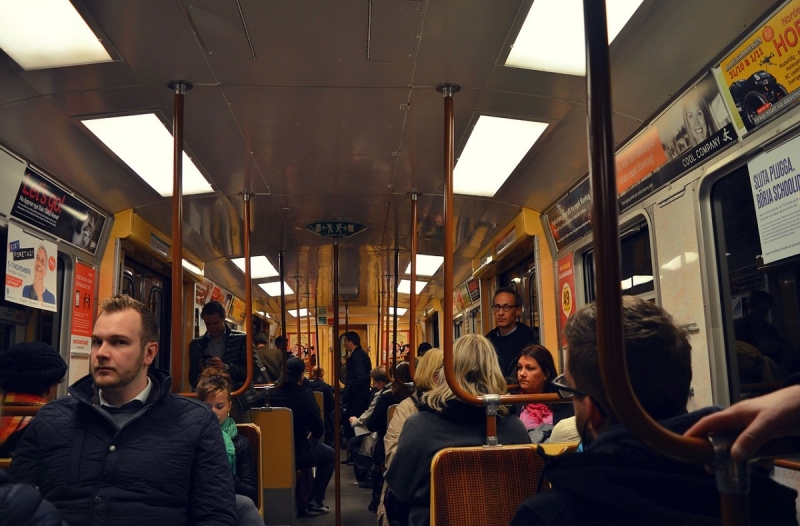 You’ll see this parcel of commute etiquette posted in several public spaces in Manila. Unless you’re suffering from an illness or injury yourself, give up your seat to those who need it more. The world can never have enough kindness, and if you can spare some on your way to wherever you’re headed, then please do. You never know, you might be the start of that positive ripple for a commuter or two.

The funny thing about commute etiquette is I’ve seen a lot of Filipinos do so well in other countries like Japan or Singapore. We follow the rules, say thank you and excuse me, and the list goes on. Why can’t we do it regardless of where we are then? Thoughts? Let us know!