I don’t recall the first time I tasted Jollibee’s famous burgers, but it definitely set the standard for me when it comes to the best-tasting sandwiches locally. Since then, if I had to order a burger from other restaurants, it at least had to have the same fillings as those of the fast-food joint’s version.

Little did I know that burgers can come in many different forms, and still have the same gastronomic temptation. In the case of Andok’s, which is known for its roasted chicken and pork, they even have the so-called Andok’s fried chicken burger. And it’s exactly what you think it is: crispy boneless chicken served between a couple of buns.

What to know about the Andok’s fried chicken burger

While certainly not the first fried chicken burger that’s ever come out of the market, Andok’s Dokito Burger holds its own in the face of other meals of its kind. For one, its no-frills ingredients and presentation are a lot easier on the eyes and taste buds than those overly filled and decorated sandwiches you’d find in fancy restaurants in the Philippines. 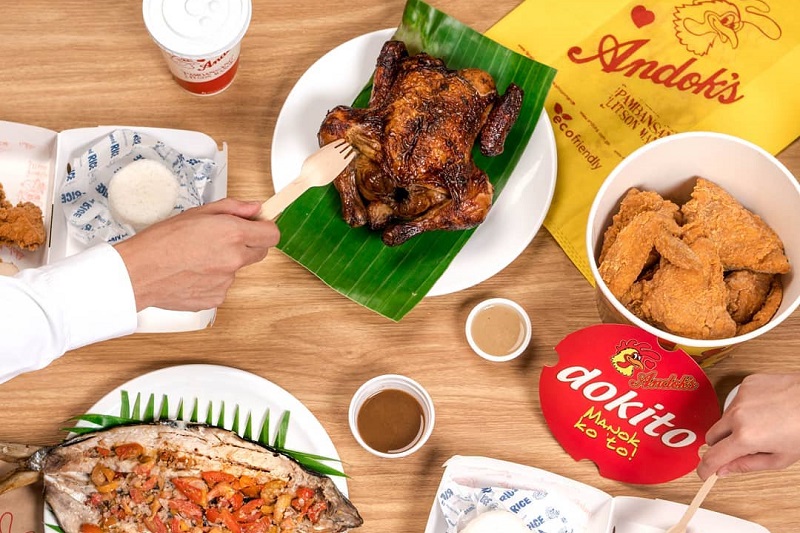 At just ₱65 (for dine-in), the Dokito Burger boasts an unmistakable crispy texture, thanks to the perfectly fried chicken fillet. However, expect this to vary when you order via GrabFood, where you’ll sometimes need to wait longer for the meal. Hence, the burger won’t look or seem as accurate. Via the app, the price starts at ₱77.

You can also get the Andok’s fried chicken burger in spicy flavour. The Spicy Dokito Burger comes with a differently seasoned chicken patty and sauce that cater to adventurous eaters. It’s likewise sold from only ₱65 or ₱77, depending on where you get it from. Feel free to order it alongside other Andok’s dine-in and online meals, including Bicol Express and Spaghetti!

Previous ArticleYou Have to Check Out This One-Stop Shop for Ceramics by Local Potters
Next ArticleAirbnb Monthly Rentals: 12 Homes That Offer Long-Term Stays