Contributed by The Fickle Feet 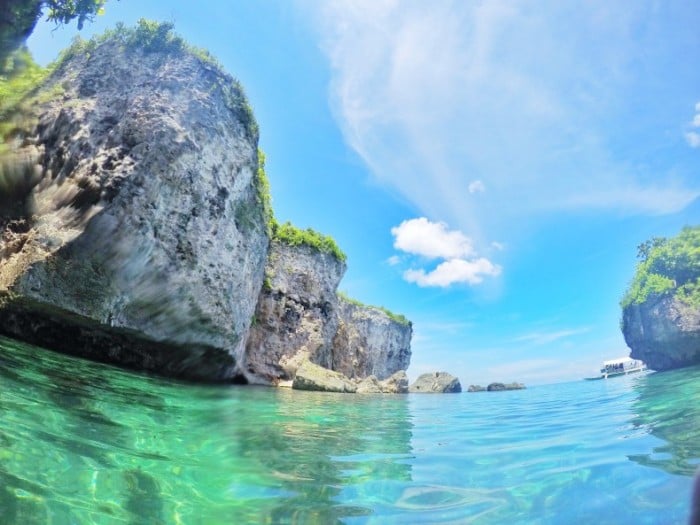 Last year, I was part of an adventure where we went island hopping for four days. It was epic. And since then I’ve tried to join these adventures organised by Outdoorsman’s Hub. But it seemed that the universe was not on my side or, should I say, my schedule was a mess. I kept on skipping those activities until the day we finally went on a 2-day trip to Guintarcan Island.

Does the island ring a bell? No. I thought so. That’s because this is not a common destination. In fact, I never heard of it until the Facebook group organised the trip. The unknown island made my heart pump faster. And so the Fickle Feet wanted to be on that island.

Just so you know, Guintarcan Island is a part of the Bantayan group of islands, in the province of Cebu. The locals call it Kinatarkan.

How to get to Guintarcan Island

On the way to the lagoon

As we were heading to the lagoon, we passed by this cove. Since our boat cannot go near, we had to swim our way to get to the island. 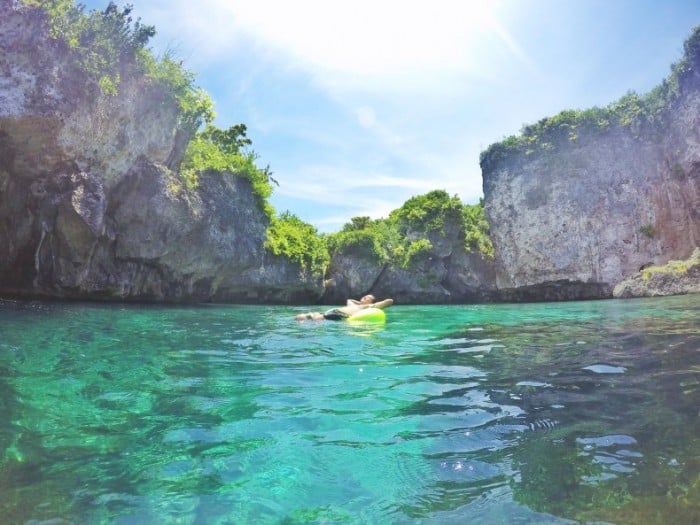 We passed by a tunnel-like rock. Also, we climbed and conquered those rocky cliffs. And then got lost on our way and went back from the beginning. So if you’re going there, remember this: after the climb, go RIGHT. Don’t get lost. You might find a dead end like we did.

Also read: You’ll Want to Move to Cebu After Seeing These 23 Stunning Photos

Take a dip in the La-aw Lagoon The La-aw Lagoon is a small inlet located inside the island. It is partially blocked by huge rocks that we passed by. The water is greenish since there’s a lot of seaweed under the water. It is quite scary, actually. But regardless of that fact, it was a beautiful paradise. 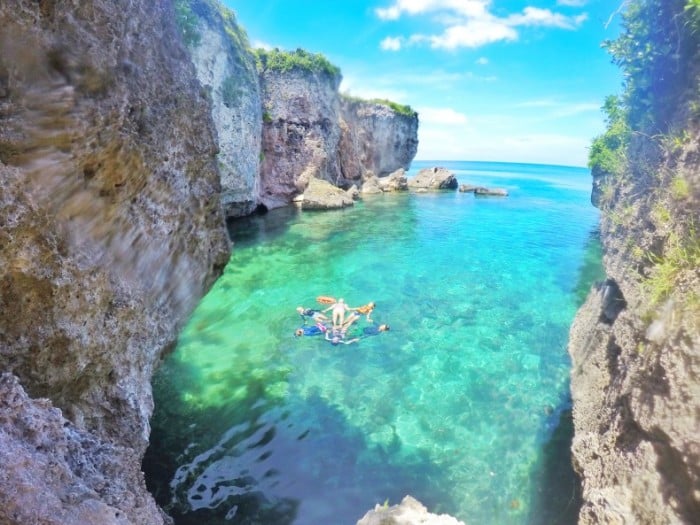 Snorkelling at the La-aw Cove 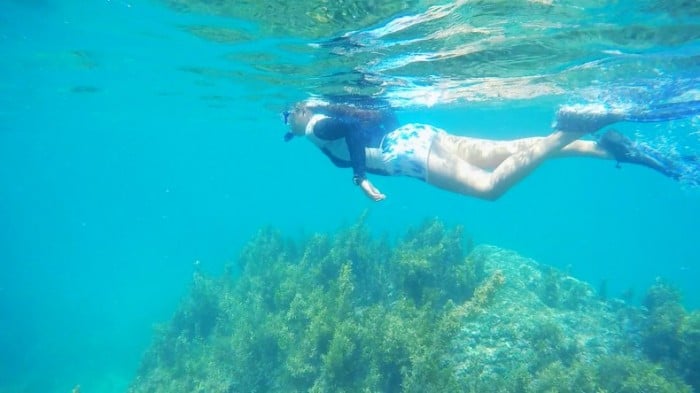 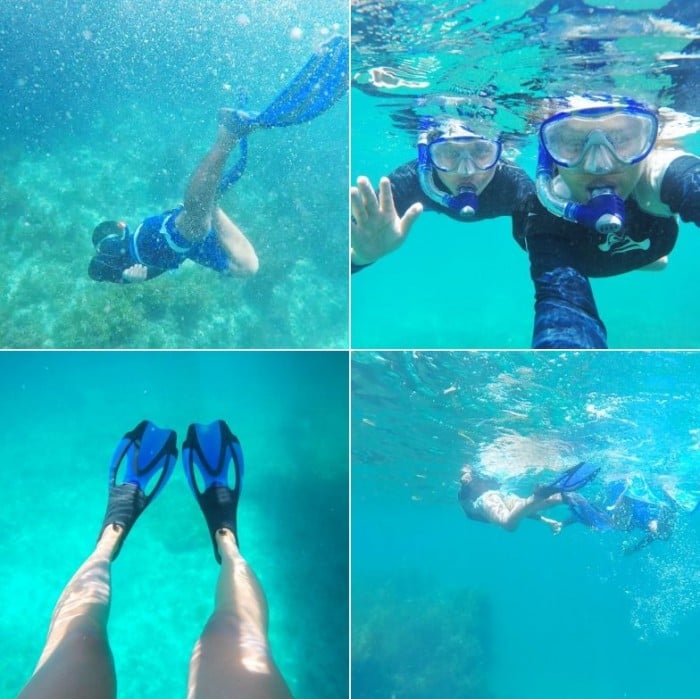 We did some snorkelling in the La-aw cove. There’s not much to see but it was still fun.

Camping at the beach 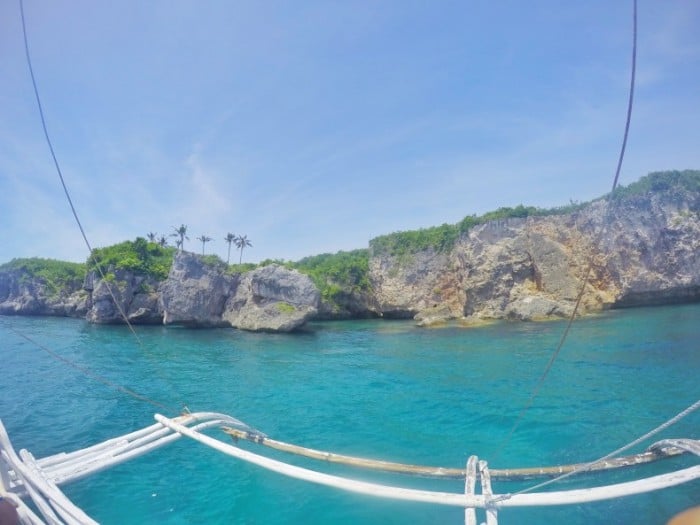 I’m suggesting this because this is what we did. But I must tell you that it was quite difficult to find comfort rooms in the island since it is not commercialised yet. However, the locals are nice and you can ask them to help you so you can do your business.

In other words, if you are seeking for some privacy and want to go in a secluded area, Guintarcan Island is for you. The only thing that will cost you is the travel expense. But it’s a very little cost for such a wonderful paradise. 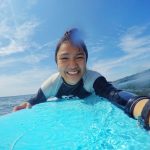 Roneth is a dreamer guided by her wanderlust and curiosity. When she's not sleeping, she's probably wandering somewhere. She writes about her adventures and misadventures at www.theficklefeet.com.