Did You Know? The World’s Longest Sea Crossing is Just Two Hours From Manila!

Filipinos heading to Hong Kong, Macao and Guangdong, China can now add a new attraction to their travel itinerary. Only this time, it’s not a theme park, a dining destination or even a grand cultural event which we have come to associate this side of the continent through the years.

Dubbed the longest sea crossing in the world, the Hong Kong-Zhuhai-Macao Bridge (HZMB) now serves as the main transit route for travellers who wish to explore the Pearl River Delta Metropolitan Region in a more convenient (and not to mention, scenic) way. Taking a total of nine years to construct, it comprises of a sea viaduct, sub-sea tunnel and link roads. All in all, the entire bridge measures a total of 55km! 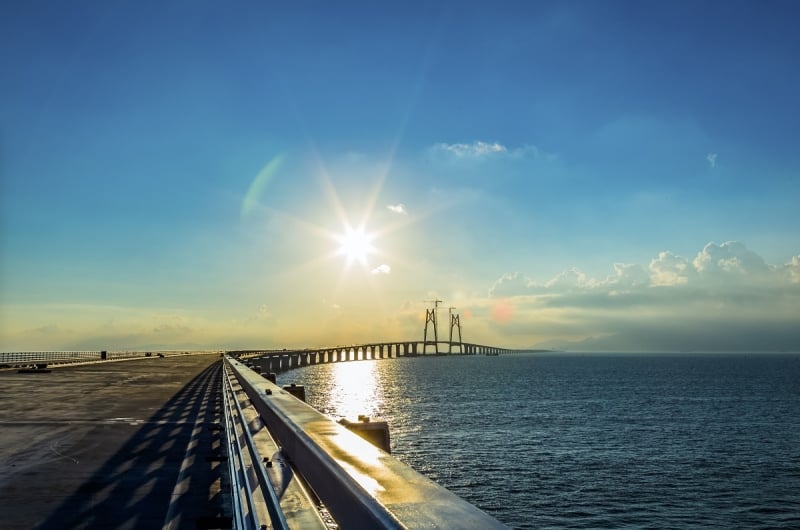 Before the US$20-billion bridge opened during the last quarter of 2018, travellers — including Filipinos who had pre-approved Chinese Visas to Guangdong and nearby provinces — had to settle on a four-hour journey from Hong Kong. Now, the travel time has been cut to only 30 minutes! Public vehicles are currently prohibited from crossing the bridge. Travellers will first need to obtain a special permit at the HZMB Hong Kong Port not far from the Hong Kong International Airport in Lantau Island. Once obtained, they can transfer to a shuttle bus or a special hire car.

The HZMB is a key component in China’s plan to develop a Greater Bay Area which covers 11 cities in the south, where nearly 70 million people reside. From Hong Kong’s Disneyland and Macao’s Senado Square, Filipino travellers can also easily discover mainland China starting from Zhuhai City in Guangdong, home to the famous Chimelong Ocean Kingdom and Lovers’ Road.

Images courtesy of the official website of the HZMB Hong Kong Section.