One of the tourist attractions in Northern Thailand is the Karen Long Neck Tribe. It is a village near the border of Myanmar where the Karen tribe lives. I’ve heard about this tribe from a TV documentary, the National Geographic Magazine, and reviews from tourists who have been in the village.

After finding out more about their story, how their vulnerability has been exploited both by the government agencies and the tourism industries, it started to feel uncomfortable to visit the place. It made me think whether these people are for tourist attractions. Is it unethical to treat them like a human zoo?

Also read: This is What It’s Like to Ride a Sleeper Train to Chiang Mai

We signed up for a one-day tour in Chiang Mai, and part of the tour is a visit to Karen Long Neck Tribe. My goal in joining the tour is to make connections with these people, to create a symbolic relationship by reaching out and finding a common ground instead of treating them as spectacles to exploit.

Who are the Karen Long Neck Tribe?

This tribe originally lives in the mountains of Myanmar near the Thailand border. Thousands of their members have fled from Myanmar to live in Thailand because of the conflict in their home country. Thailand granted them a temporary stay under “conflict refugee” status. Some left Burma because of suppression and exploitation. Burmese soldiers would demand to hand over some of their crops or farm animals. Those who refused to do so would end up in retributions and killing. 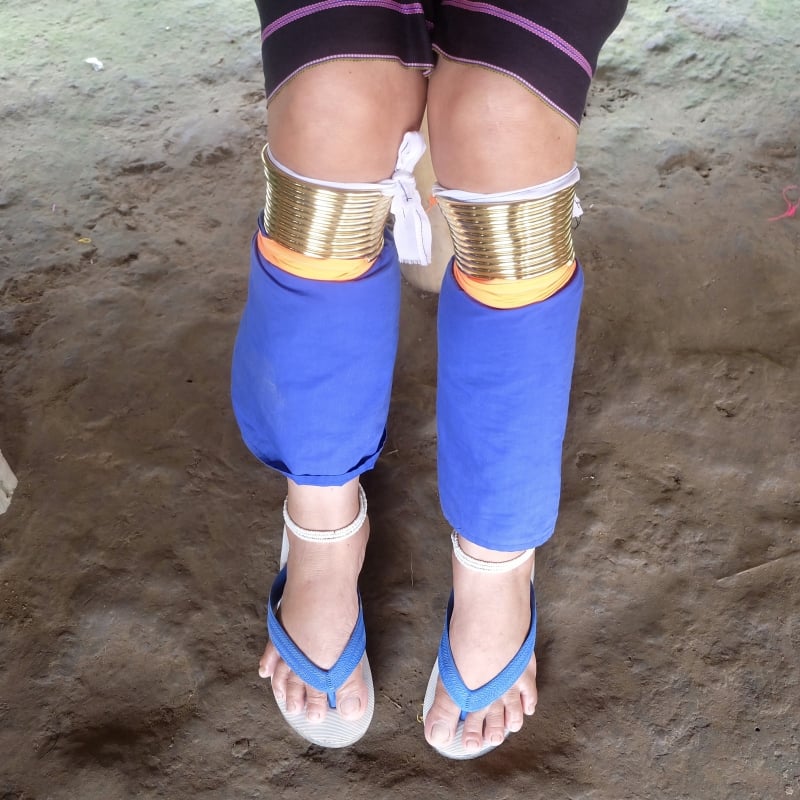 The tribe has a custom where some women need to wear brass coils around their necks to create the appearance of a long neck but in real life, these women do not have an extra long neck. Some wear heavy rings around their forearms and on the lower part of their legs which is different from the rings they wear on their neck. 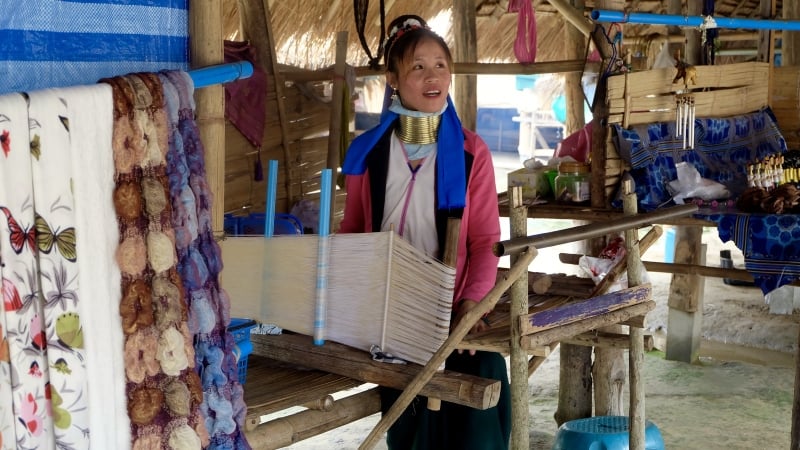 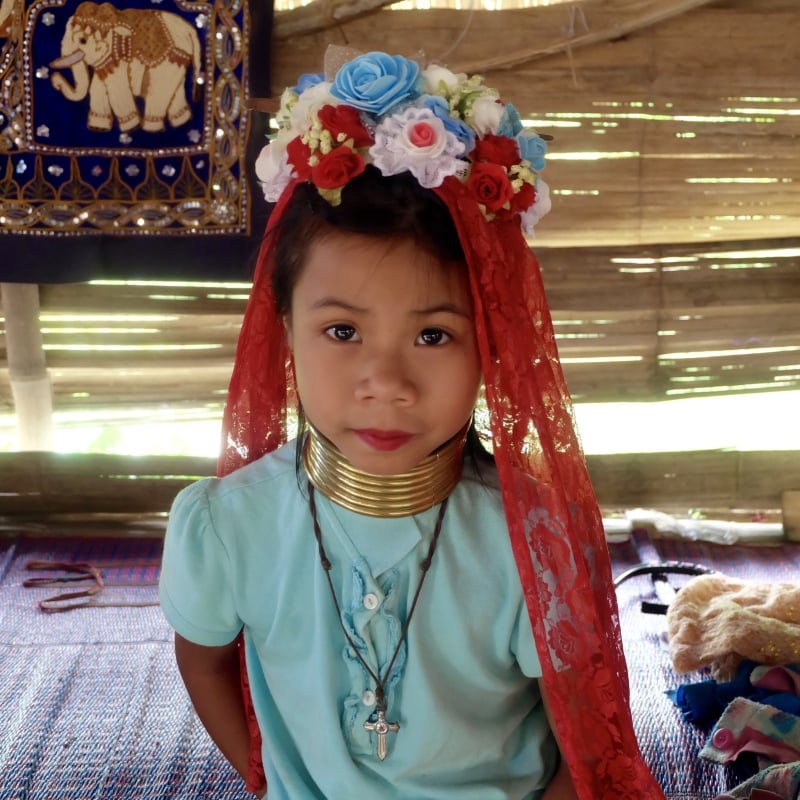 The women of Karen tribe start to wear brass coils at an early age, anytime between five to nine years old. The weight of a brass coil worn by the Karen tribe differ by age and length of time she has worn it. By the time the girls turn 15, they are able to choose if they will continue to wear rings all throughout their life or not. 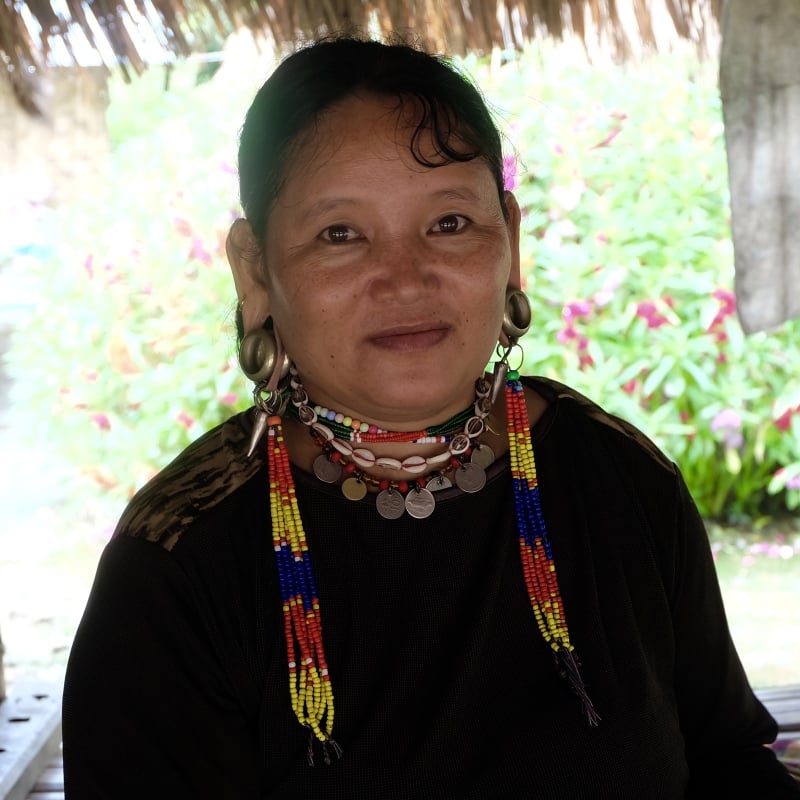 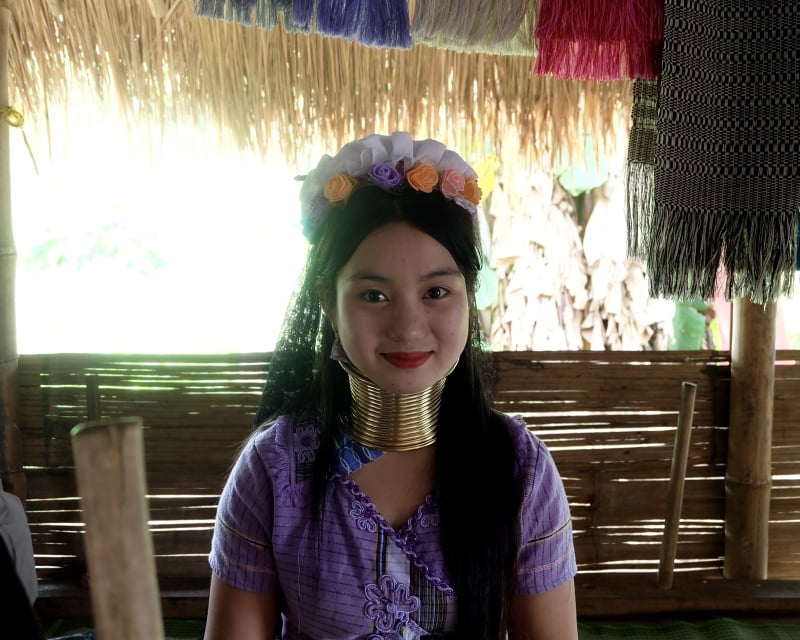 What kind of life do they have in Thailand?

These people are living with a refugee status. The Thai government pays more attention to promoting them as tourist attractions. Tour operators make a sizeable income from bringing tourists to the village but the village itself get very little one. Tourist operators have been able to exploit the economic marginality and vulnerability of the tribe to their own advantage.

Today, girls are encouraged to wear the brass coils around their necks for tourist attractions and to make money from the tourist village authority. The more tourists who come to visit them, the better are their chances of earning an income.

Where are the men of the Karen Long Neck Tribe? 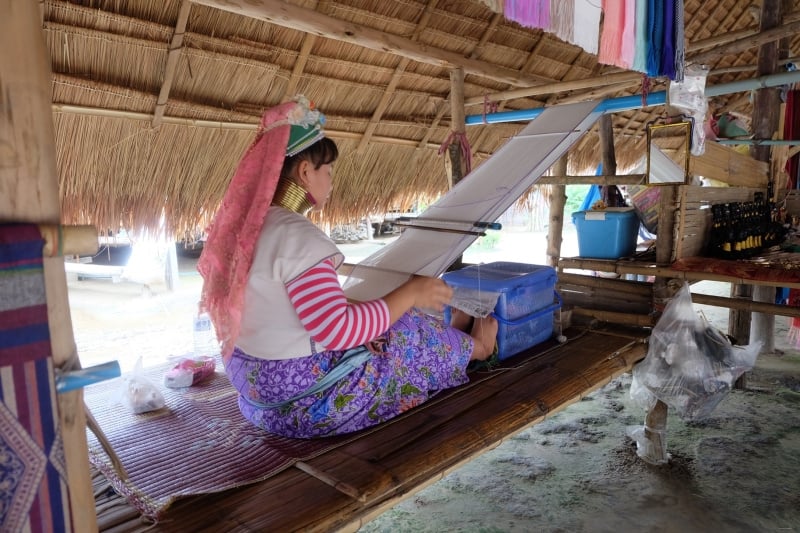 In Burma, men are known to be hard-working in providing for their family’s basic needs. They are skilled farmers, but life is not the same for men and women in Thailand. The women are the main provider for the family. Besides wearing the brass coils around their neck which brings them a monthly payment from the village tourism authorities, they make substantial earnings from selling scarves and souvenirs. Scarves are the only products which the tribe makes themselves. Women focus their occupation towards tourism as the “tourism” industry offers a better opportunity for cash than agriculture. They need to be there morning and evening to entertain tourists but can still continue to do their weaving in front of their huts. 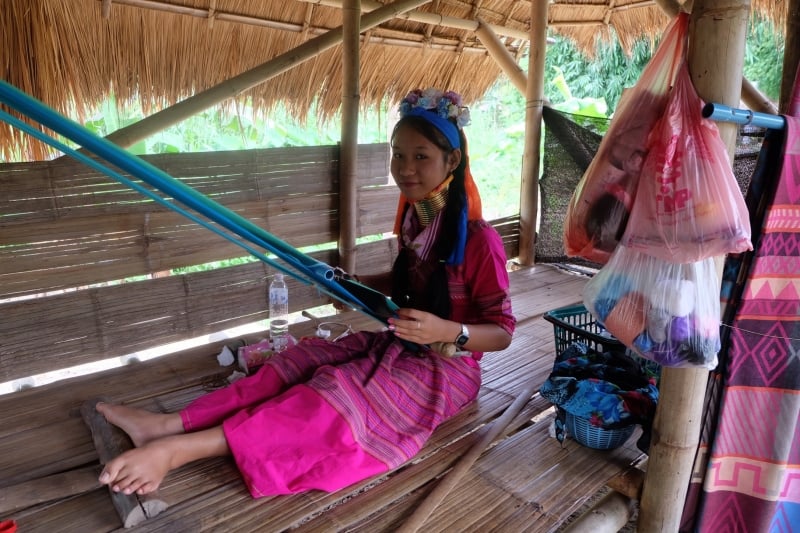 The men of the families are allowed to work in agriculture in their own village. With limited knowledge and technical skills, the men have movement restriction by the government, making it impossible for men to get paid jobs away from their village. Their traditional agricultural skill is no use as there is very limited land for cultivation in their village where they are allocated to stay. 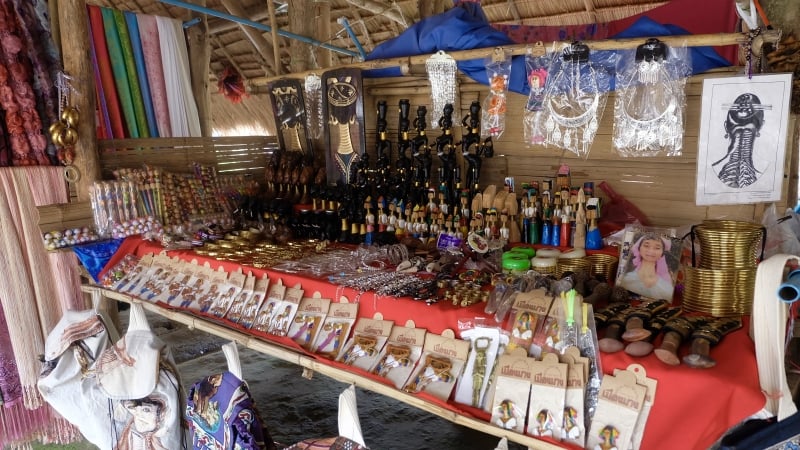 They are not allowed either to go anywhere. They must remain in the tourist village set up by the government. It appears that these people do have some basic rights on the paper, but sadly, they are much non-existent considering the restrictions that apply to their status which is a violation of their human rights.

On the other hand, children are allowed to go to school but in order to do that, they must learn the Thai language first which is quite impossible for them to actually go to school.

The road going to the village is a slippery dirt slope. The whole structure of the village is planned as a “tourist setting” a kind of living museum. It was very depressing, even amongst all the bright colours, designs and patterns. The tourism industry has not delivered a better life for them. There is no infrastructure development, electricity supply, clean water supply, sealed roads, public transportations from the village to town, and qualified doctors or nurses in the village health centres. Thailand has not improved the tribe’s standard of living nor significantly lifted their life chances.

A travel to Karen Long Neck Tribe opened my eyes to the reality of their lives and the daily struggles that they face. Unethical, authentic or not as what some people would say, but this tour humbled me and boosted by heart for humanity.

If you choose to visit the village, please consider these recommendations: 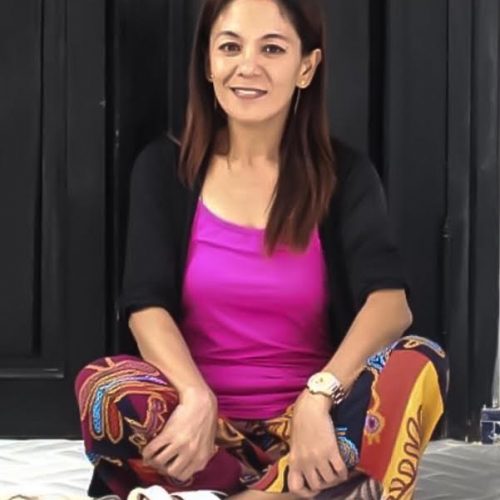 Tess Buison is the author of Travelista Journal. She is a travel junkie, why so? She is a person who has a serious case of wanderlust and can’t stop roaming the globe to live new experiences. She left her work to travel and enjoy life with her partner. She believes that life is too short not to do the things that make us happy and fulfilled.

Previous Article6 Ways You Can Travel in Style Without Being a Millionaire
Next ArticleEigasai 2018: The 21st Japanese Film Festival Starts this July