Truly, travel inspiration comes in all sorts these days. You have your travel movies, magazines, blogs, loads and loads of photos and even travel idols everywhere on social media! On a weekend with one of my closest friends, we found ourselves in the shoe capital of Marikina to visit a particular book museum. However, what I imagined to be one merely resembling a typical library turned out to be a whole lot more and surely got my wanderlust going at top speed!

Also read: 9 Spots that Prove Davao Oriental is the Museum & Parks Capital of the Philippines 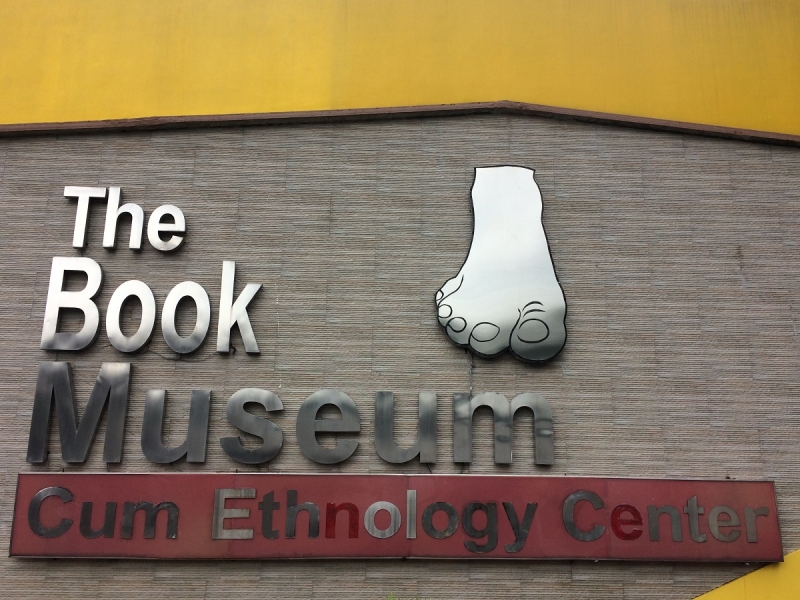 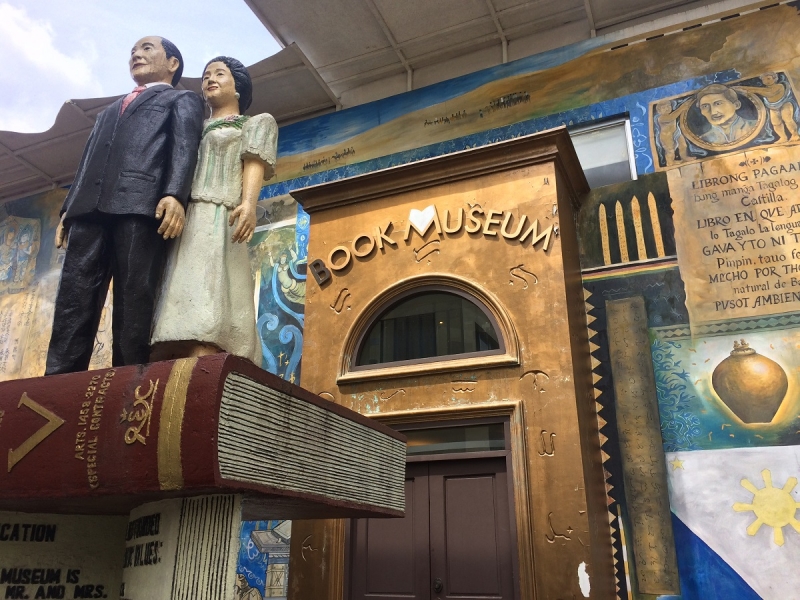 After paying our entrance fees of ₱100 each, we were assigned our tour guides for our stay who took us through all four buildings of the property, highlighted by the Book Museum at the end of the main pathway. The facade is covered in vibrant murals hand-painted by visual artist Leo Aguinaldo and fronted by statues of Rex Bookstore founders Juanito and Jovita Fontelera. This is also the perfect spot for your Instagram shots! 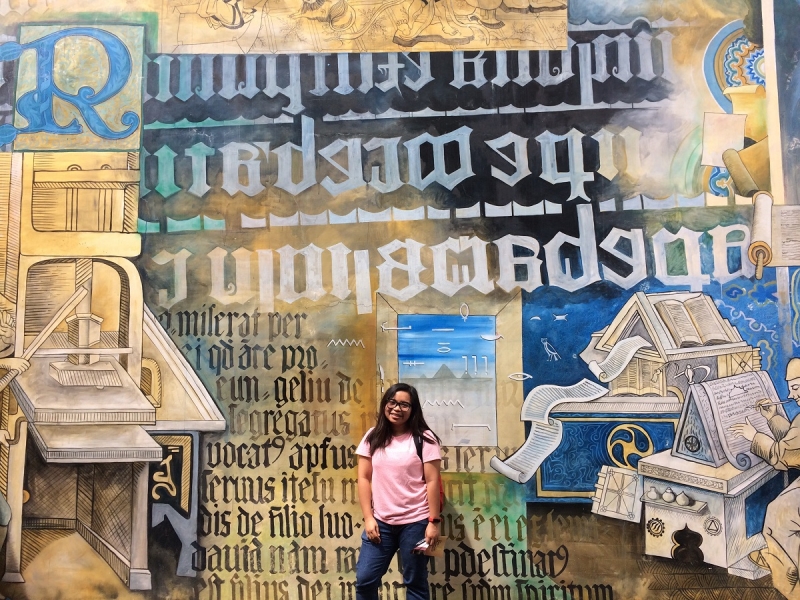 Entering the museum itself, one would immediately get the impression of a community library. However, the place is actually a personal museum wherein Mr. Buhain compiles all the books and other artefacts he has collected from his years of travelling. The books are placed inside transparent cubicles lined up across two floors according to their country of purchase and archived by Fe Abelardo, a former Chief Librarian from the National Library. 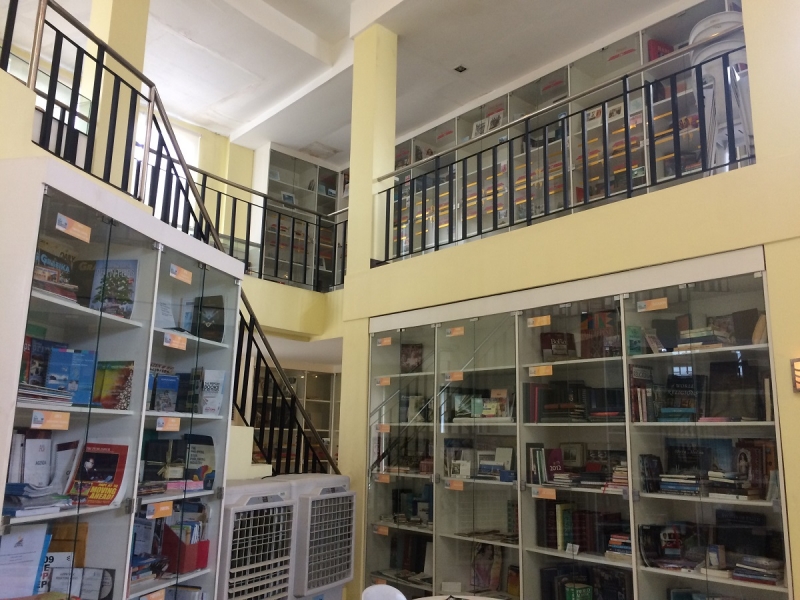 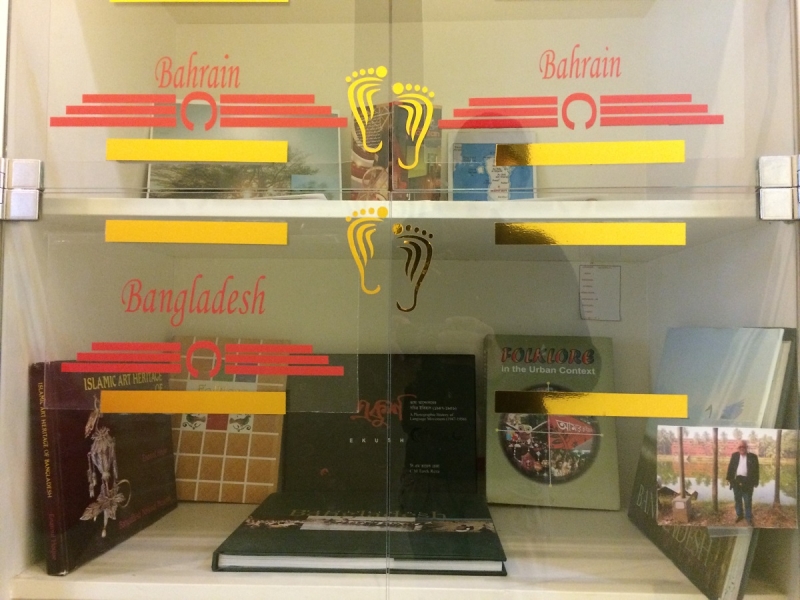 Among the highlights in the museum are one of the smallest books in the world, The Lord’s Prayer, which is letterpress-printed from the Gutenberg Museum in Germany, the smallest tablet from Sichuan province in China and the smallest woods ever carved – the Last Supper by Padul of Rizal and the Crucifix from Frankfurt in Germany. 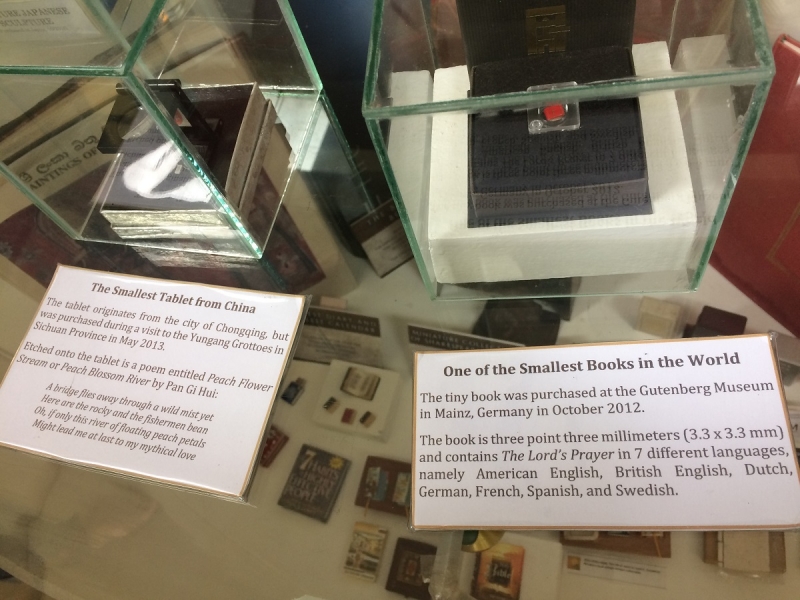 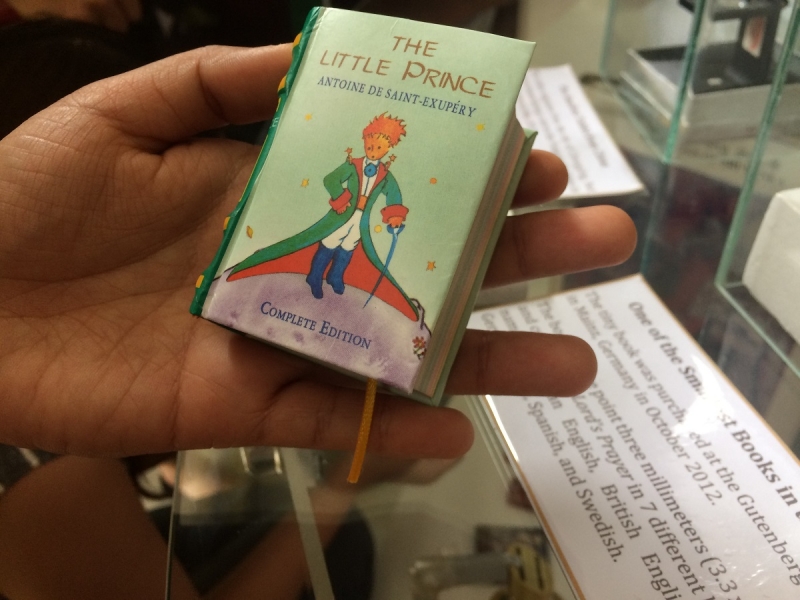 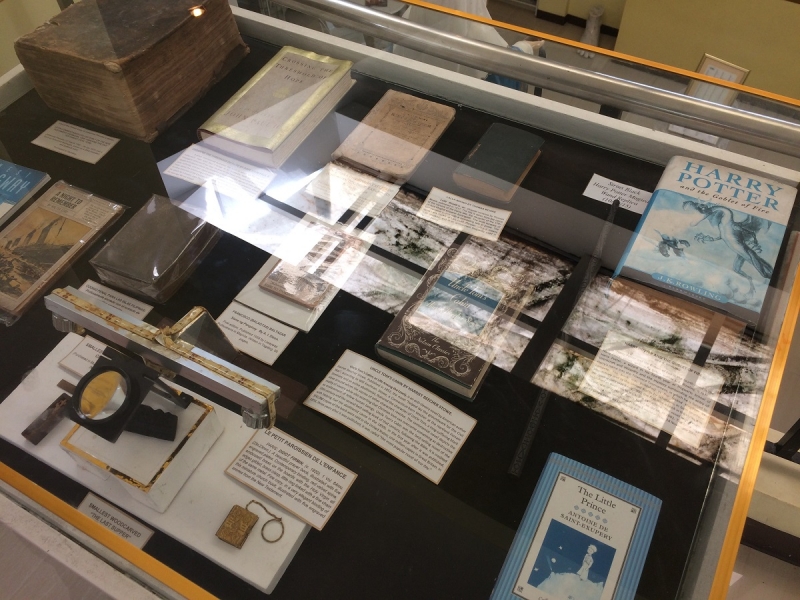 There is also a reading area on the first floor which features a giant foot figure, sculpted from Mr. Buhain’s own pair itself! According to our guide, the foot represents the owner’s love for going to places. With that, we asked and found out that Mr. Buhain’s favourite place he has visited is Brazil, mainly because of its Christ the Redeemer statue which he adores so much. Meanwhile, his most visited country is China, where he would often go for countless business meetings. 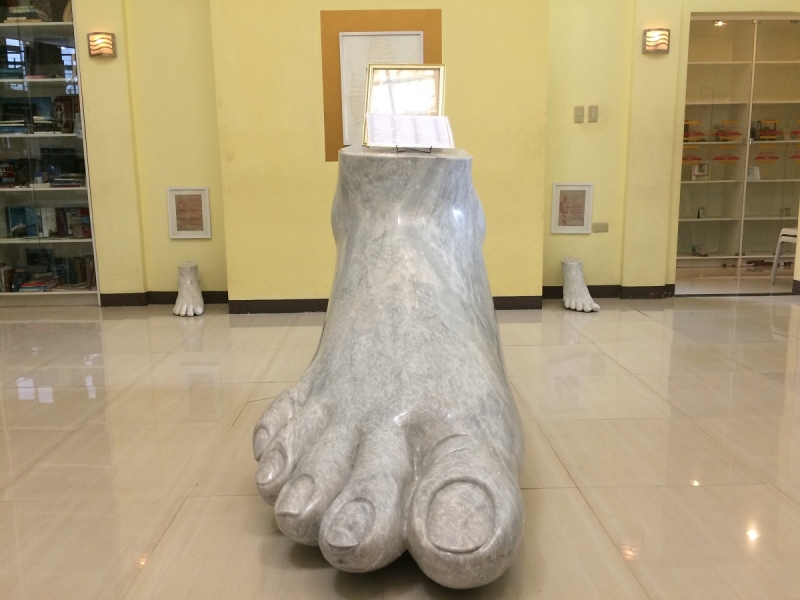 Apart from the main Book Museum, other buildings that make up the place include the Ethnology Center, which houses a number of local paraphernalia that Mr. Buhain has purchased from the northern and southern parts of the Philippines. Here, we saw a wooden scooter famous in the Cordillera region, a traditional coffin, head-hunting artefacts and Maranao traditional houses. 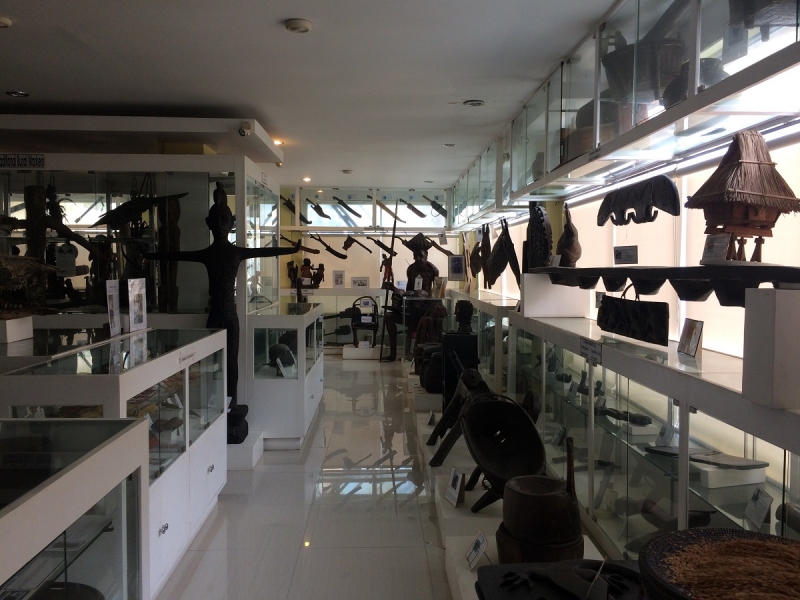 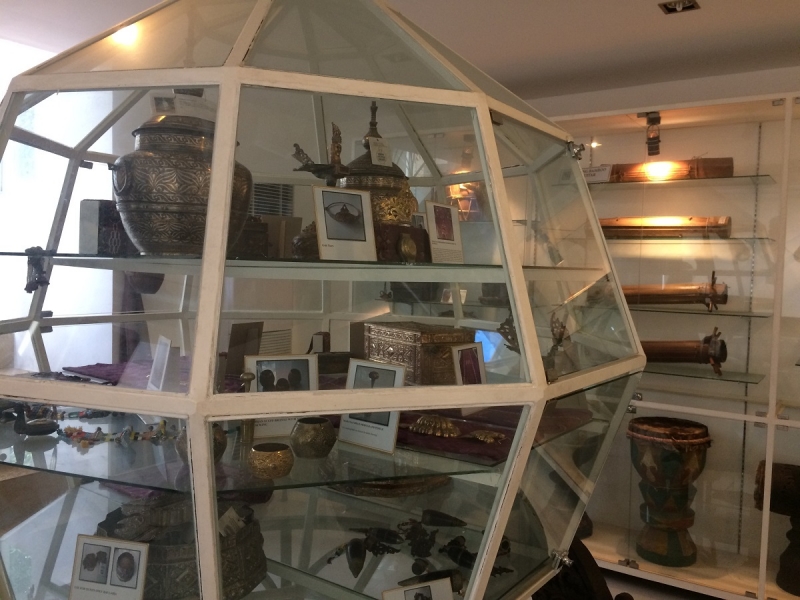 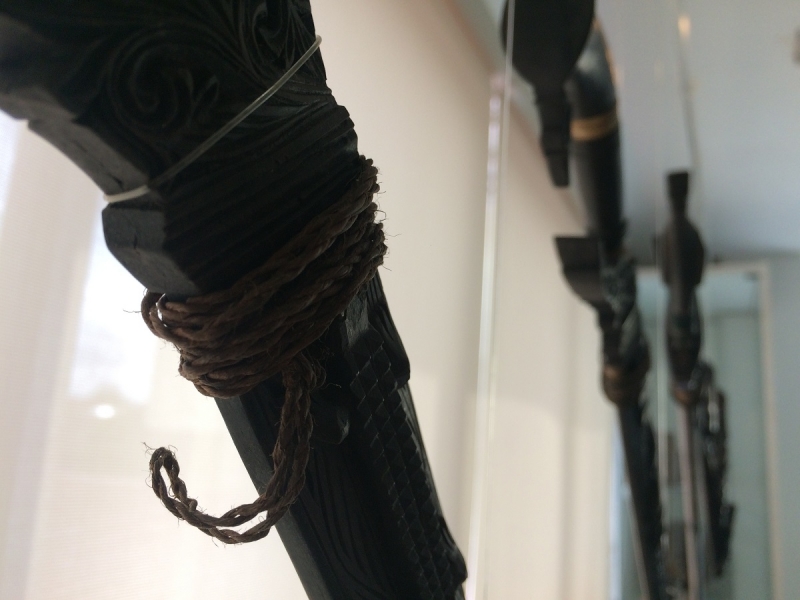 Next to the Ethnology Center is the James Dean Diner, inspired from Mr. Buhain’s adoration over the late American actor. The interior design mirrors a vintage American dining place, from the chairs and tables all the way to the vintage car-themed cashier. 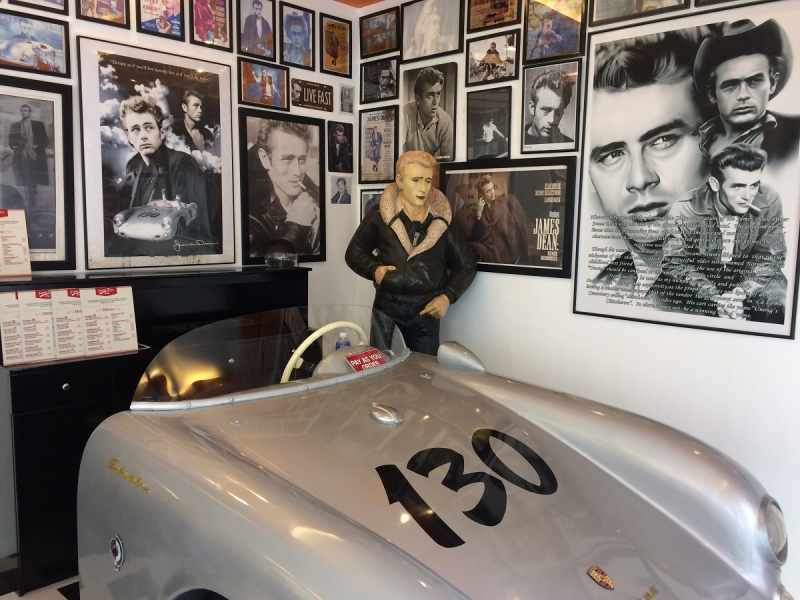 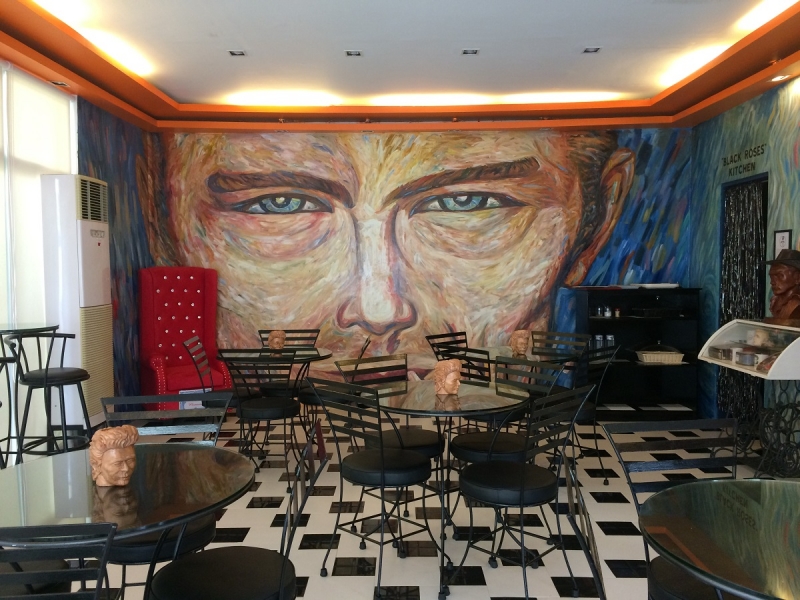 The toilet, however, was inspired from another favourite of Mr. Buhain, Peter Pan, whose prominent characters can be seen on the walls of the facility.