National Museum Opens Exhibit on ‘The Longest Journey Around the World’

Do you still remember your basic Araling Panlipunan lessons on the Spanish influence on our country? Time to brush up on your history knowledge! The National Museum of the Philippines has recently launched its adaptation of the Spanish exhibition, retelling humankind’s first circumnavigation around the globe. In collaboration with the Embassy of Spain, they opened its gallery on The Longest Journey: The First Journey Around the World on 24 Mar 2022. You can visit the gallery on the fourth floor of the National Museum of Fine Arts from Tuesdays to Sundays, from 9.00am to 4.00pm.

You might remember Lapu-Lapu and Ferdinand Magellan, but other sides of the story await your visit. From rare artefacts to chronicles of the Spaniards’ first arrival in the Philippines, the exhibition offers fascinating gems you can’t find anywhere else in the world.

So what are you waiting for? Commemorate the heroics of our Filipino ancestors and their vital role in the story of the first and longest journey. Here’s what you should know.

Relive the moments of the world’s first circumnavigation 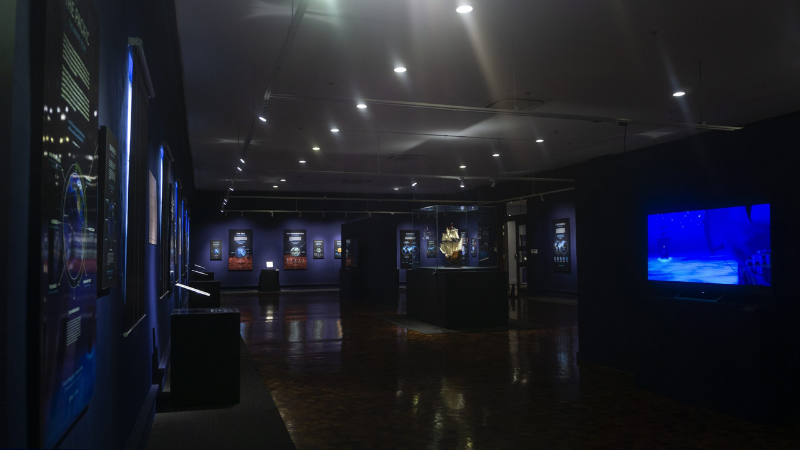 The Longest Journey: The First Journey Around the World is a Spanish museum exhibition that started in 2019 in Seville, Spain. It features the archives of the first global circumnavigation, the events leading to the voyage, and what came after their return.

In hopes of spreading awareness, a travelling edition of The Longest Journey has been visiting countries for the past two years. Finally, the National Museum of the Philippines has recently adapted the exhibition and added a fresh perspective on the Filipinos’ role in this monumental journey.

The exhibition aims to refresh our memories of the major events that happened in our soil: the blood compacts, the first Christian movement, the Battle of Mactan, and other lesser-known events that still played a huge part in the expedition.

Also read: 5 Reasons Why You Should Visit Philippine Museums

What to expect on your visit

Travel back to the Spice Race era

The exhibition presents the “greatest maritime adventure of all time” through 14 sections. The gallery starts with introducing the “Spice Race” and how Magellan convinced the young Carlos I of Spain to let him lead an expedition. Eventually, he voyages towards the riches of Asia in a route that his nation has never explored before. With this, one of the facsimiles in the display is the contract between Magellan and Carlos I.

The next eight sections showcase the magnitude of the Spanish expedition. Starting from the Atlantic ocean, a fleet of five vessels ventured into the unknown. The journey lasted for three winding years. Along the way, the Spaniards discovered the Strait of Magellan and a vast ocean which Magellan eventually named “Pacific”. Unfortunately for Spain, only one ship out of the five was able to return. A model of the Victoria — the lone surviving ship — is in full display at the main gallery. 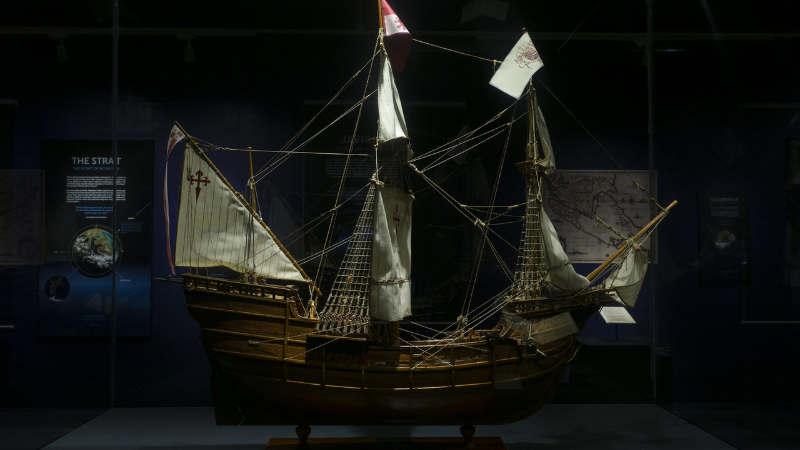 The following section focuses on the timeline of when the expedition made its way to the Philippines. With the help of the Spanish curatorial team, the gallery presents objects and specimens that you won’t find in any other version of The Longest Journey. These include rare collections of archaeological, ethnographic, and devotional items.

Some extraordinary historical finds are:

The exhibition concludes with a gallery featuring the tail-end events of the expedition. Despite having only 22 surviving men out of 245 brave souls, the journey was still considered a success. The Victoria brought home 27 tons of cloves, which was worth their weight in gold at that time. Their heroic return paved the way to a new global era of trade and colonialism.

Also read: Lakbay Museo: An IG-Worthy Museum in the PH

These are just the tip of the iceberg. See the rare artefacts for yourself! You can visit the National Museum of the Philippines for FREE! Do note that if you’re coming as a group of 20 to 30 people, you will need to book a tour to secure your slot.

Previous Article15 Online Bookstores in the Philippines for Bookworms
Next ArticleSocial Media Privacy: Easy Steps to Protect Yourself Online