Your Guide to All 23 Netflix Movies Coming in Summer 2021

Sobrang init ng panahon ngayon, amirite? Well, it’s a good thing that there are lots of upcoming new movies on Netflix to look forward to this summertime. And the best part? There’s at least one flick released every week!

To make it easier for you, we’ve listed down all the upcoming Netflix movies starting this May up until August. Ranging from romcoms and family-friendly flicks, to action-packed thrillers and crowd fave remakes, there’s definitely something for you to enjoy all season long. So, better mark your calendars because Netflix is bringing us lots of SPF — Summer Popcorn Films, that is.

New Netflix summer movies this May 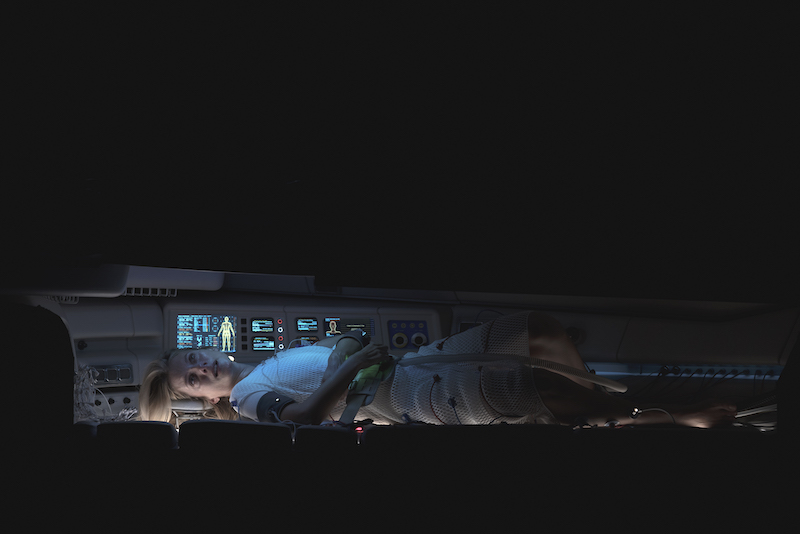 This French survival thriller tells the story of a young woman (played by Mélanie Laurent), who wakes up in a cryogenic pod. She doesn’t remember who she is or how she ended up there. As she’s running out of oxygen, she must rebuild her memory to find a way out of her nightmare.

2. The Woman in the Window 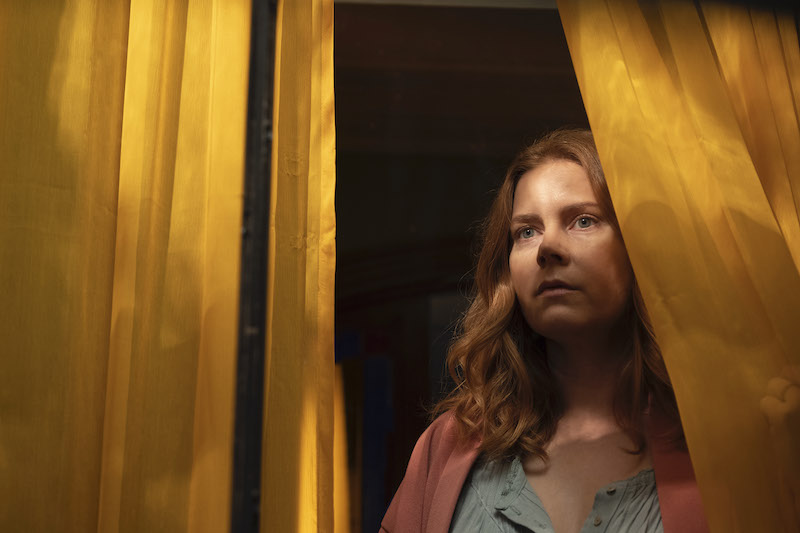 Anna Fox (played by Amy Adams) is a New York City native who is confined by her agoraphobia. She often finds herself keeping tabs on the new family across the street through the windows of her home. After witnessing a brutal crime, secrets begin to unravel and nothing and no one are what they seem. 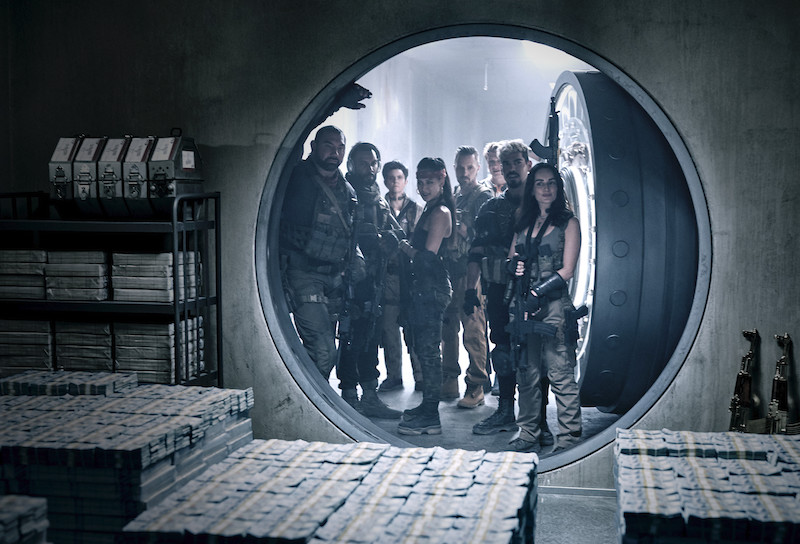 Following a zombie outbreak in Las Vegas, a group of mercenaries take the ultimate gamble: Venturing into the quarantine zone to pull off the greatest heist ever attempted. This horror-action flick is directed by Zack Snyder and stars Dave Bautista — making it one of the most awaited upcoming Netflix movies this year! 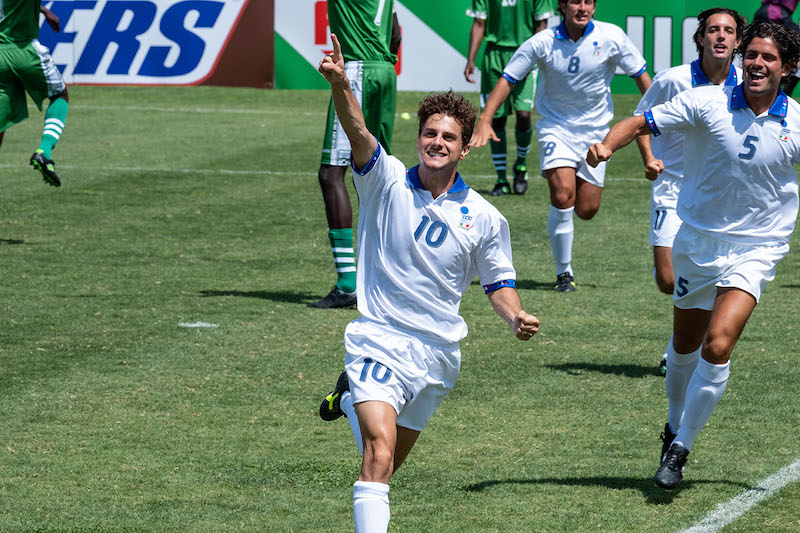 This biographical film centres on the Italian football legend, Roberto Baggio. It chronicles his 22-year career, including his difficult debut as a player and his deep rifts with some of his coaches. 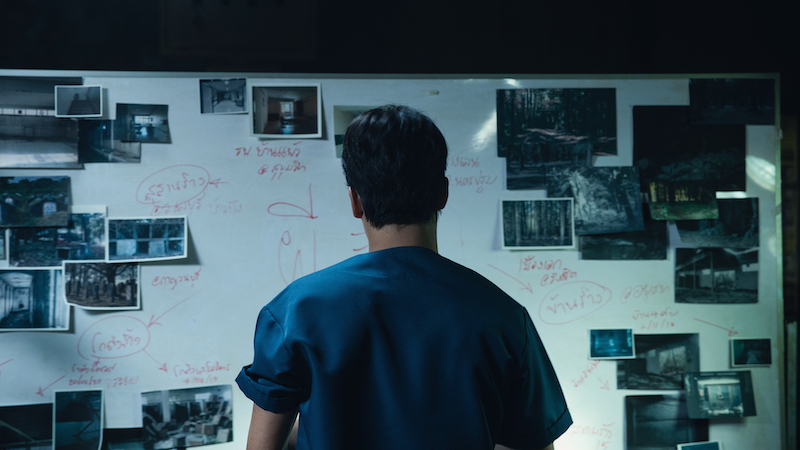 In this Thai horror-thriller, two medical doctors embark on a research experiment about the afterlife. However, things begin to go awry when they see a “ghost” with their own eyes; an encounter that spawns an insatiable binge to find a scientific explanation for ghostly spirits, and to find proof of an afterlife. Their fixation and reckless pursuit of knowledge takes them down a rabbit hole that will cost them everything they hold dear. 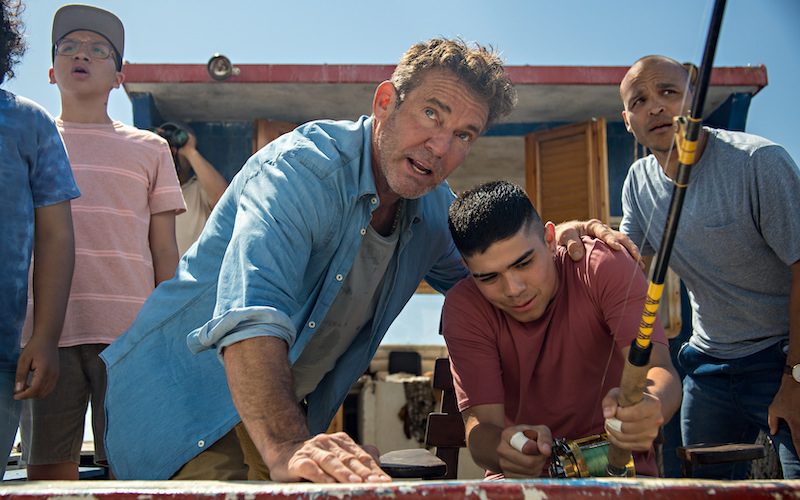 Here’s another one of the new movies on Netflix that’s based on a true story. This one revolves around Casa Hogar: a Mexican boys’ orphanage struggling to survive in the aftermath of Hurricane Odile in 2014. To save the place, a guardian and his kids team up with a washed-up boat captain for a chance to win the world’s biggest fishing tournament. 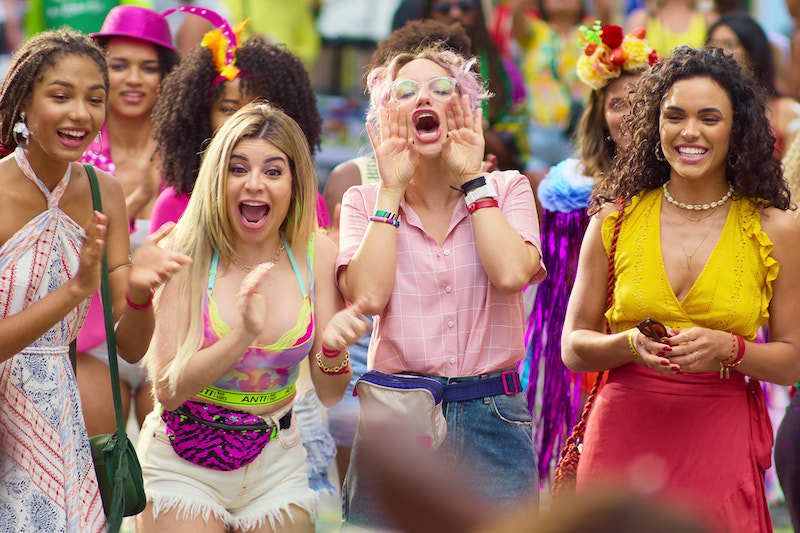 After a video of her boyfriend cheating on her goes viral, 23-year-old Nina uses her digital influencer connections to get an all-paid-for, all-access, all-you-can-do trip to Salvador during Carnaval. And of course, she’s bringing along her three best friends for the ride. 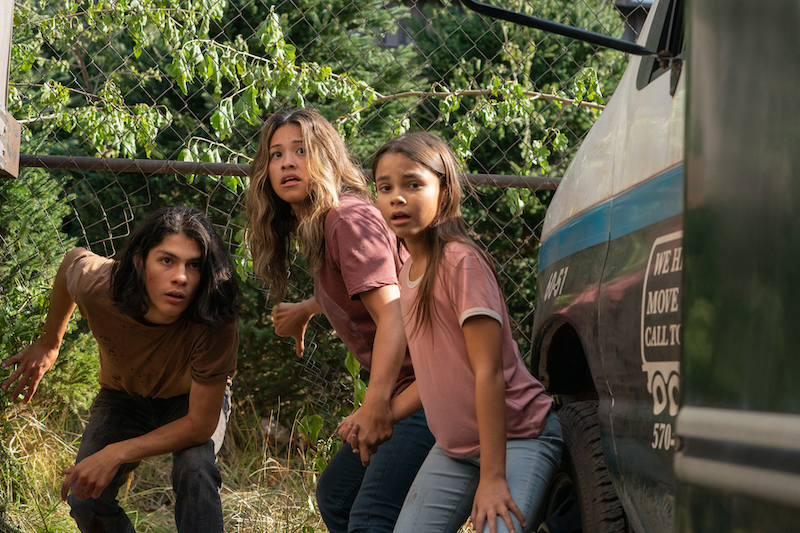 Global hysteria ensues after a mysterious catastrophe wipes out all electronics and takes away humanity’s ability to sleep. Scientists race against the clock to find a cure for this unexplained insomnia… before its fatal effects eliminate the human race.

When veteran Jill (played by Gina Rodriguez) discovers her young daughter may be the key to salvation, she must decide: Protect her children at all costs, or sacrifice everything to save the world? 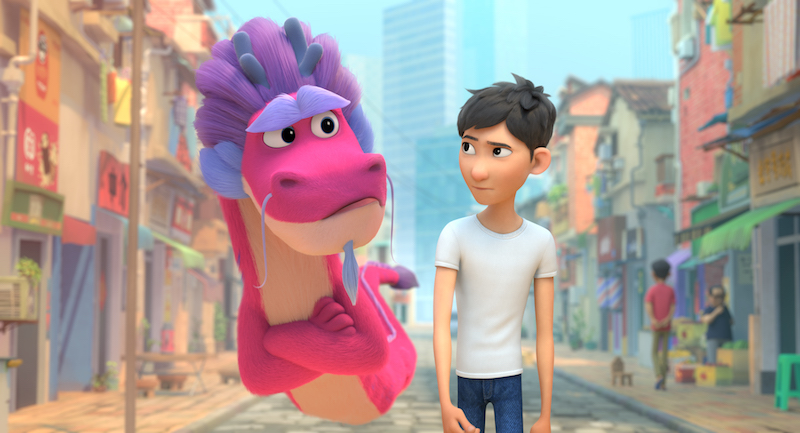 Jackie Chan is one of the producers of this upcoming animated film. It centres on Din, a working-class college student with big dreams but small means, and Long, a cynical but all-powerful dragon capable of granting wishes. Together, they set off a hilarious adventure through Shanghai in pursuit of Din’s long-lost childhood friend, Lina. Their journey forces them to answer some of life’s biggest questions. After all, when you can wish for anything, you have to decide what really matters. 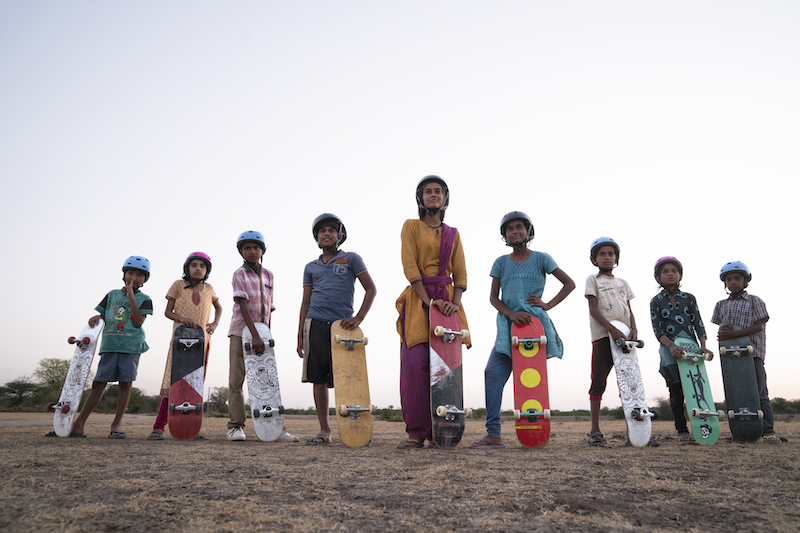 Prerna, a teenager growing up in rural India, comes of age when she’s introduced to the sport of skateboarding. As a result, she has to fight the odds to follow her dreams and compete in the national championship.

British crime lord Peter Sprott needs a rival taken down, and the best man for the job is Suruli, a Tamil gangster from Madurai. When Suruli arrives in London, he finds himself confronted with dilemmas around home, country, and belonging — things that this carefree criminal never had to worry about before. 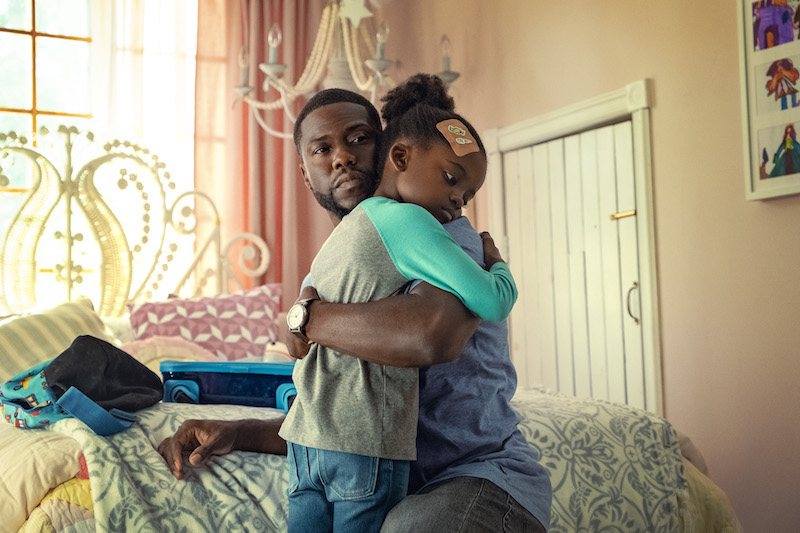 Equally heartwarming, funny, and emotional, this comedy-drama is about Matthew (played by Kevin Hart): a father struggling to raise his daughter alone after the unexpected death of his wife. 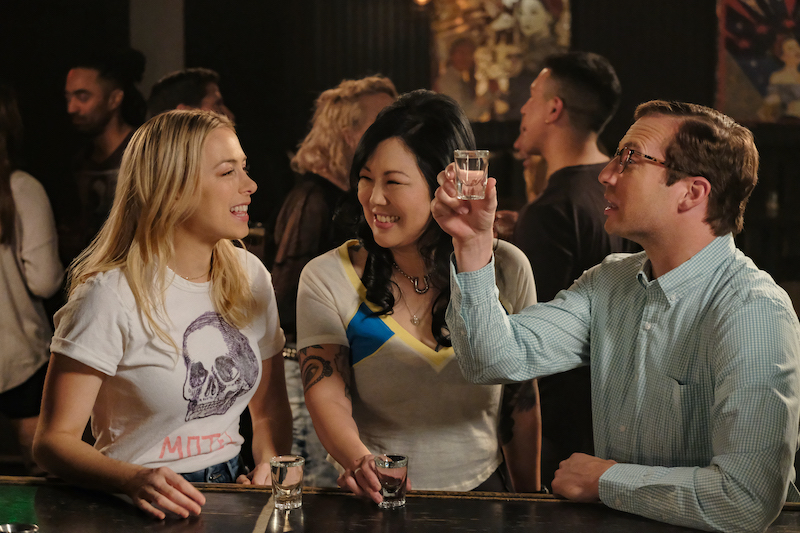 After years of putting her career ahead of love, stand-up comic Andrea Singer has stumbled upon the perfect guy. On paper, he checks all the boxes… but is he everything he appears to be? Guess we’re about to find out. 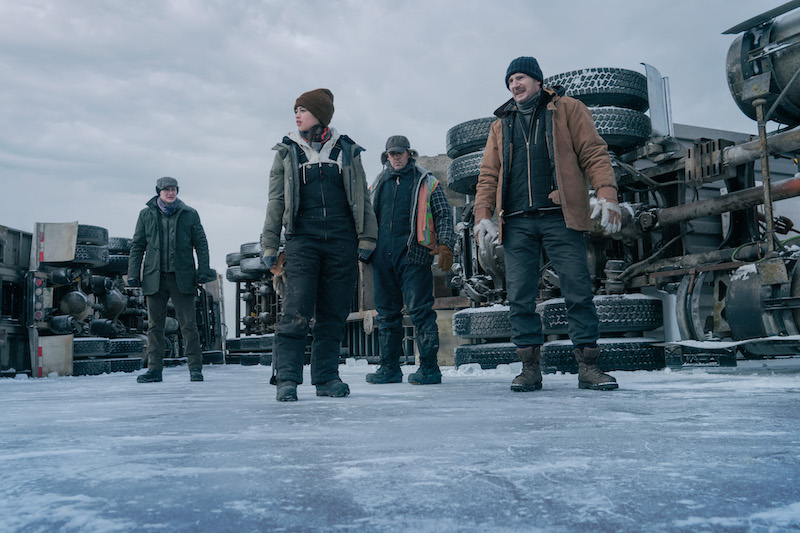 Liam Neeson stars in one of the most thrilling new movies on Netflix this summer. After a remote diamond mine collapses in far northern Canada, an ice road driver goes on an impossible rescue mission over a frozen ocean to save the trapped miners. Contending with thawing waters and a massive storm, they soon find out that the real threat is one that they never saw coming.

15. The House of Flowers: The Movie 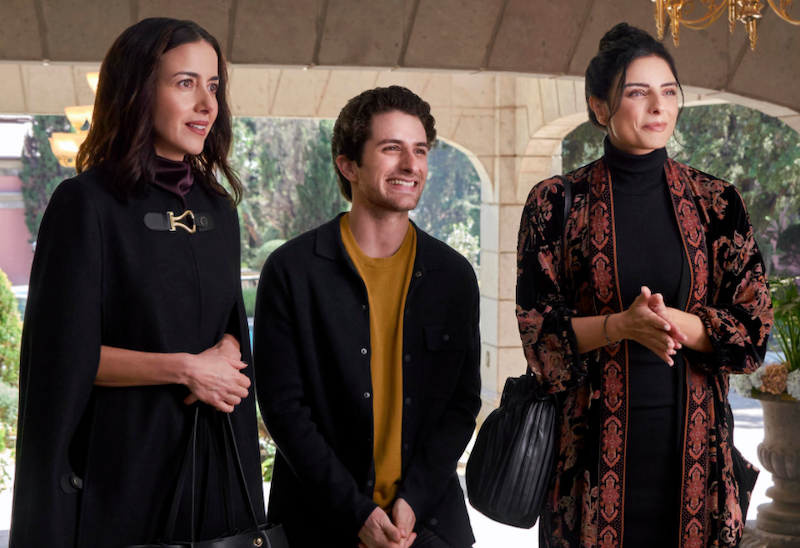 Among the latest movies on Netflix is this spin-off from the now-concluded Mexican TV show. While waiting to be intervened on a delicate surgery, Delia reveals a secret to Paulina. In her parents’ room there is a hiding place that protects, among other things, a family treasure and the evidence against the man who was absolved for the murder of Pato. 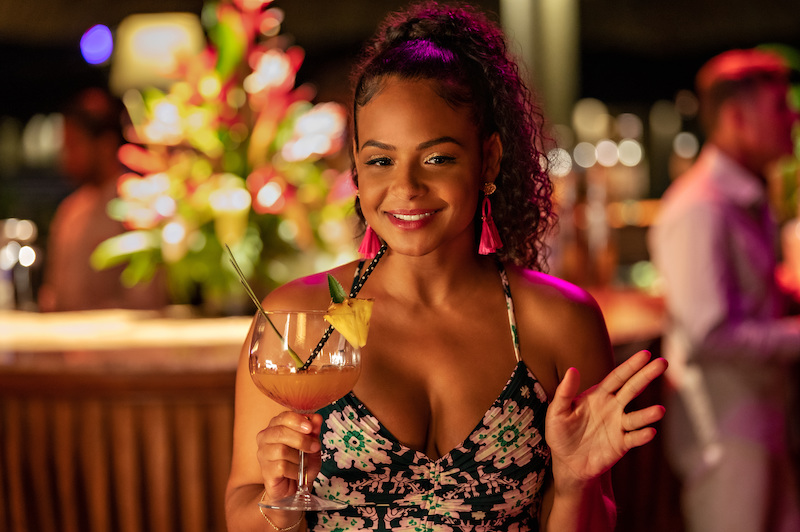 Christina Milian stars in this summer romcom as Erica, an aspiring pop star going through a career meltdown. She ends up as the entertainment at her ex-fiancé’s wedding after reluctantly taking a gig at a ritzy island resort in Mauritius. Erica tries to keep their past relationship a secret from the bride-to-be Beverly, but eventually rediscovers her feelings for her ex, Jason (played by Jay Pharoah). 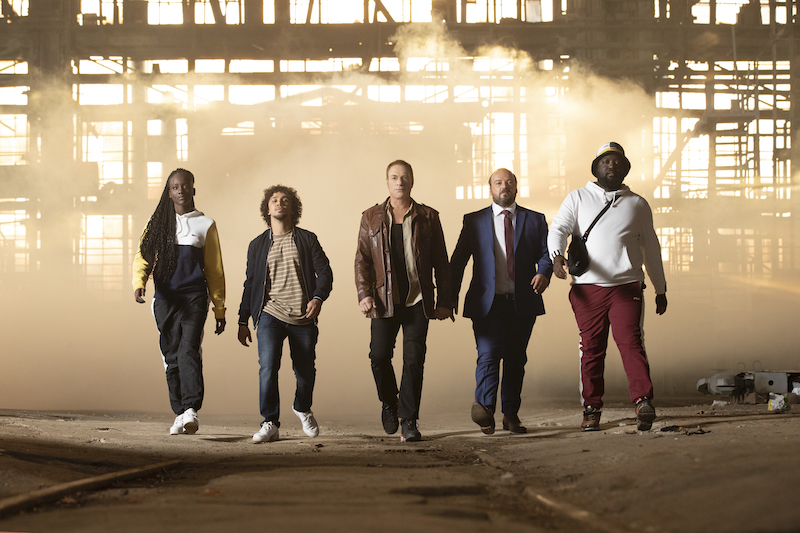 A mysterious former secret service agent must urgently return to France when his estranged son is falsely accused of arms and drug trafficking by the government, following a blunder by an overzealous bureaucrat and a mafia operation.

18. Trollhunters: Rise of the Titans 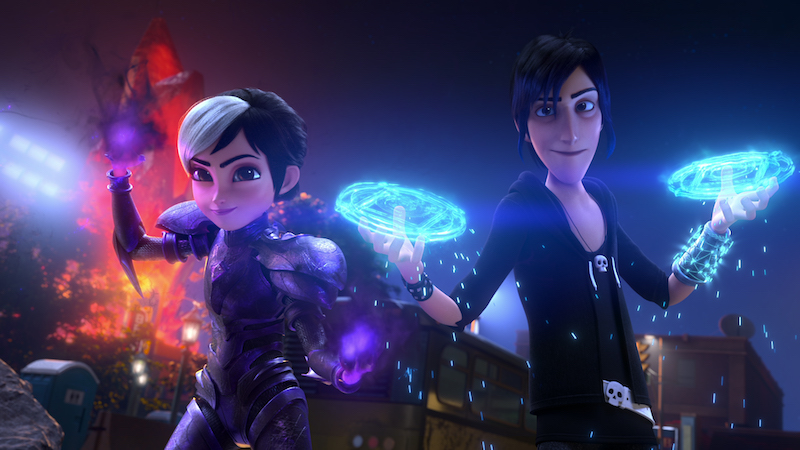 Guillermo del Toro directs this sequel to Trollhunters: Tales of Arcadia. Arcadia may look like an ordinary town; but it lies at the center of magical and mystical lines that makes it a nexus for many battles among trolls, aliens, and wizards. Now, the heroes must team up once again to fight the Arcane Order for control over the magic that binds them all.

19. The Last Letter from Your Lover 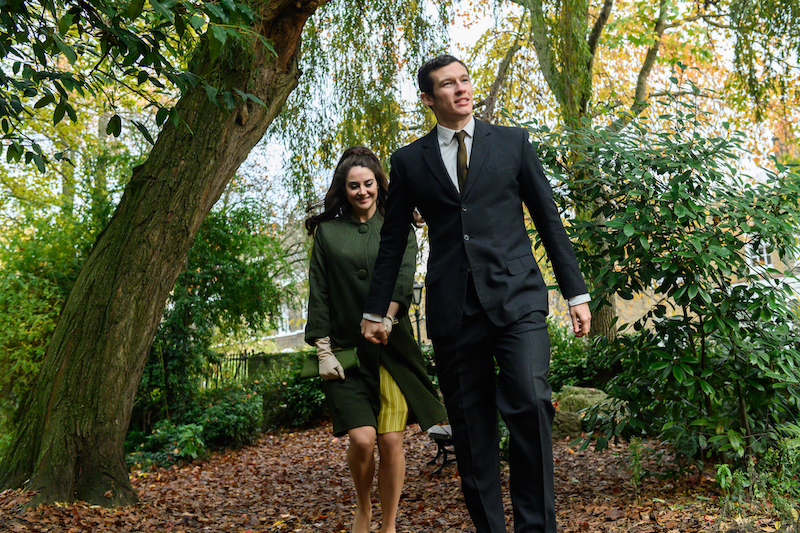 Based on the novel by Jojo Moyes, it tells a pair of interwoven stories set in the present and past. It follows Ellie Haworth (played by Felicity Jones), an ambitious journalist who discovers secret love letters from 1965 and becomes determined to solve the mystery of a forbidden affair.

She uncovers the story of Jennifer Stirling (Shailene Woodley), the wife of a wealthy industrialist, and Anthony O’Hare (Callum Turner), a financial journalist. At the same time, a love story of Ellie’s own begins to unfold when she gets help from an earnest and endearing archivist (Nabhaan Rizwan). 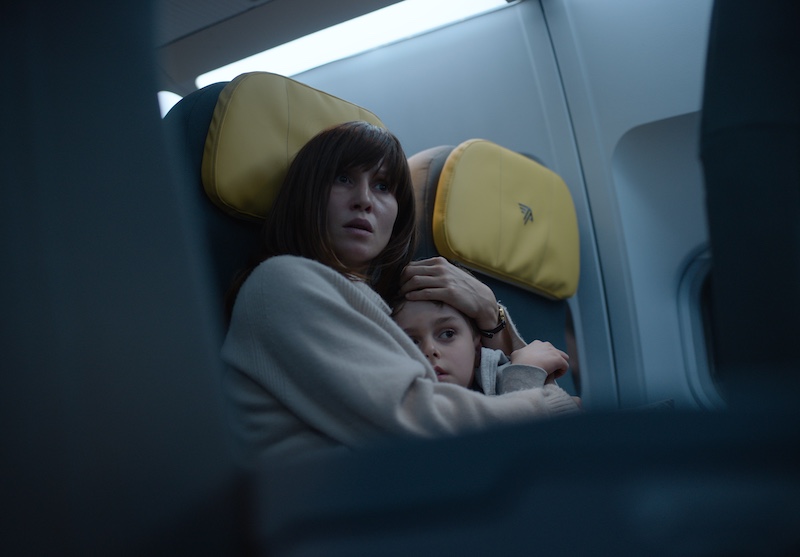 In this English-German horror-suspense flick, a group of terrorists attempt to hijack a transatlantic overnight flight. Too bad for them, one of the passengers happens to be a woman with a “mysterious illness” who would do anything to protect her son — even if it means unleashing the vampire within. 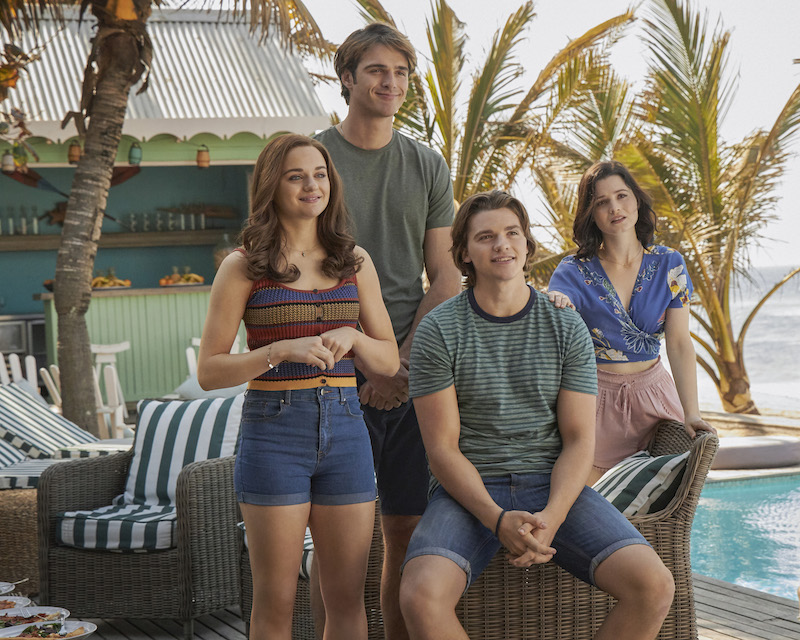 Of course, we can’t leave out one of the most highly anticipated Netflix romcoms: the latest instalment of The Kissing Booth. It’s the summer before Elle heads to college, and she’s facing the hardest decision of her life. Should she move across the country with her dreamy boyfriend Noah, or fulfil her lifelong promise to go to college with her BFF, Lee? 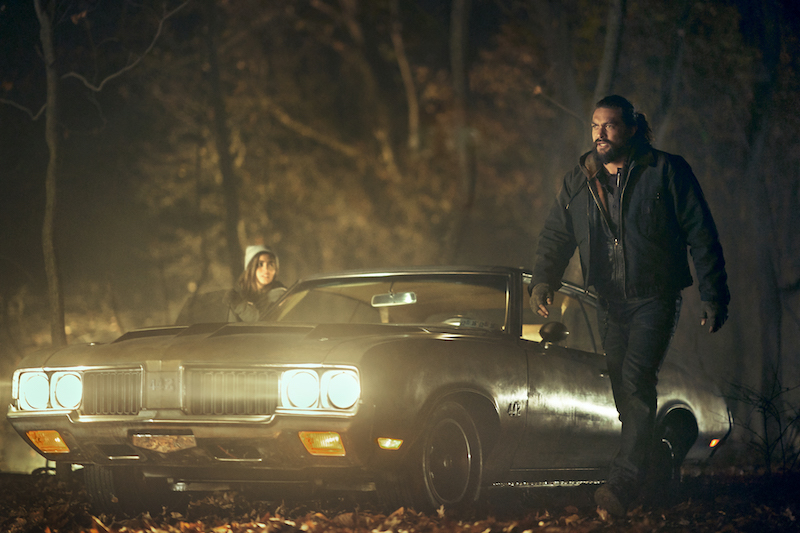 This action-packed revenge flick stars Jason Momoa and Isabela Merced as a father-daughter duo. Here, a devastated husband vows to bring justice to the people responsible for his wife’s death while protecting the only family he has left: his daughter. 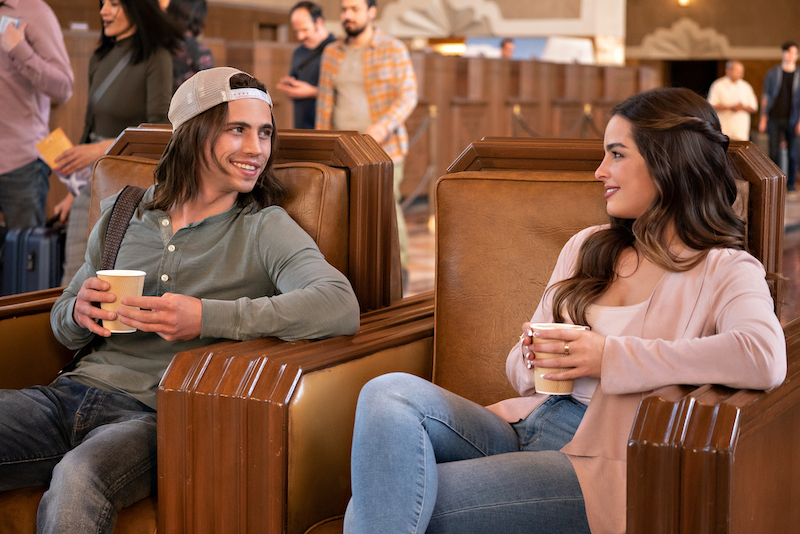 In case the title sounds vaguely familiar, that’s because this upcoming Netflix summer movie is a reimagination of the 1999 version. Reminiscent of the original, this teen romcom follows an influencer (played by Addison Rae) who accepts a challenge to turn the school’s biggest loser (Tanner Buchanan) into prom king. That said, we’re definitely excited to see how the gender role switch is going to pan out!

Phew, that was a lot! Better get your popcorn stash ready.

We’re definitely excited to watch all these new movies on Netflix this summer season. But hey, if you need more options (or simply older ones that you haven’t seen yet), we’ve also made a list of the best summer travel movies to satisfy your wanderlust.