On 18 Jun 2020, Pretty Huge Obstacles held a Facebook livestream with ONE Heavyweight World Champion and Buy Bust actor Brandon “The Truth” Vera. With thousands of viewers in attendance, Brandon shared many words of wisdom on overcoming obstacles and his constant journey to achieving success. He also shared exciting news of his growing family, as he and his wife are currently anticipating the arrival of their first son. 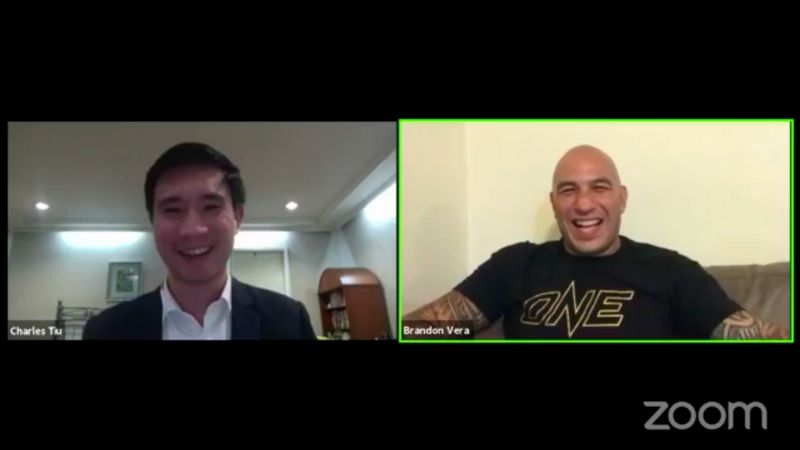 Still, the most valuable takeaways from this live stream would have to be the inspiring lessons we learned from the MMA world champion — ones that apply both in and out of the arena.

In his late teens, Brandon joined the US Air Force, where he was a member of their wrestling team. Unfortunately, his career was cut short due to a serious injury that prevented him from being able to use his right arm.

Man….. I want to send a big shout out and Thank you to everyone at the @usoguam and @onechampionship for lining this amazing trip up. . We got to do so many cool things and see a bunch of stuffs that keeps up safe….. from Asia to all over the world. Things that other countries are asking us to make for them!!!! 😳😳. Enjoy the pics and ask questions . To our brothers and sisters in the Armed Forces. Thank you. . Thank you everyday. Love you for all you do. #truth #OneChampionship #Heavyweight #World #Champion #WeAreONE #Verafied

At the time, he shared, it felt like he had lost everything. His secret to climbing out once you feel you’ve reached rock bottom? Find your light. “That light can be anything,” he said. “It can be God, it can be your family, it can be a reason, it can be a why, it can be a person.” He elaborated: “My light was… I’m not finished yet. I still have a lot left to do in the world.”

Instead of “putting himself through purgatory” 24/7, he decided to work out his injured arm and figure out what his body could and couldn’t do. He eventually rehabilitated his arm, and proceeded to get his black belt in Brazilian jiu jitsu. And as most of us already know, Brandon went on to join the WEC, the UFC, and ONE Championship.

“Understand that you have to ask for help,” Brandon shared with the audience. “It doesn’t have to be another person — you just have to want to help yourself.”

His rule? “You only have to get 1% better.” When working toward self-improvement, you don’t have to work for astronomical results every day; even the most incremental developments count. “If you can do just one thing better than you did yesterday, you’re winning,” he said.

On bouncing back from losses

As an MMA fighter, losses are pretty much inevitable. “You might have to get hit in the face every once in a while,” he admits. “You just have to keep practising. Never let it beat you, never stop trying to get better.”

While it’s easy to succumb to a loss, Brandon doesn’t allow himself to do so. What motivates him? “My family, my new son, my wife, my kababayan,” he shared. “When someone says I make them smile, make them proud, they know they can do something too because of me trying, that’s what keeps me motivated.”

Oh….. ya know. Doing our social distancing thing away from everyone and getting our @n_e_n_j_a floating for baby Vera. . Miss n Love y’all. . Especially you two 🥰😘😍

The easiest way to get out of a funk, he said, is to “remind yourself it’s not just about you. You as a person have somebody looking up to you. You have to do better for that one person that’s looking at you.”

On leaving behind a legacy

If there’s one pattern we see among Brandon’s nuggets of wisdom, it’s that he always takes inspiration from his loved ones and those that look up to him.

When asked what kind of legacy he wants to leave behind, he answered, “I want to leave a legacy behind that everyone in the world understood that I was always helping when I could, where I could; and that everything that I’ve ever done, do, or did was for the betterment of the world while trying to honour my family.”

Also read: Brandon Vera Is Having a Livestream This Week — Here’s What We Know!

We absolutely love that the world champion’s words of advice apply not just to fellow athletes, but for anyone striving to overcome obstacles and simply better themselves. We hope you picked up a few priceless lessons, too!

Previous ArticleNo, Travelling Locally is Not Settling for Less
Next ArticleThinking of Taking up Gardening? Let These 20-Somethings Show You How!