Many of us know Masungi Georeserve as an enthralling nature spot, but it actually serves a greater purpose than what meets the eye. Beyond its lush forests and enchanting trails, Masungi Georeserve is a protected geopark — actually, one of the two in the Philippines. And, it is through its commitment to #SaveMasungi that we get to enjoy this peerless destination.

Also read: The Other Side of Masungi Georeserve That Travellers HAVE To Know About

On 24 Oct 2020, Masungi Georeserve revealed that they found an area of their restoration project fenced and with armed guards. The geopark immediately saw this as an environmental threat. As per Republic Act No. 7586, building fences without a permit is illegal in any designated protected area.

Masungi Georeserve divulged that the group claiming the forest land is Rublou Inc., a “group of companies engaged in agriculture and farming, fresh meat distribution, and real estate development and commercial leasing.”

According to Masungi Georeserve, the armed group has never presented permits or other proofs of ownership even when probed. Armed guards continue to roam the area until today.

“Let us continue to call for an end to impunity inside our forests! While the structures are dismantled, they keep coming back without presenting any proof of ownership or permits. We will continue to update everyone. Please stay with us and let us #SaveMasungi together!”

Claims of protection over ancestral domains

Previously, DENR Undersecretary Jonas Leones said that the department has filed a show-cause order for Rublou Inc. In response to the allegations, the conglomerate wrote a statement through the legal representative of the Dumagat-Remontados tribe. According to the statement, Rublou Inc. Founder and Owner Luizo C. Ticman is a “patron and protector” of the said tribe.

“The alleged fenced area where licensed security guards are posted is PART of the declared Ancestral Domain of the Dumagat-Remontados,” the statement read. “The ancestral land of the Dumagats (is) under the jurisdiction of the NCIP (not the DENR).”

The statement further declared that the fence has stood in the boundary of the ancestral lands as protection against illegal loggers and land grabbers since 1998. Regarding the armed guards, the statement responded that they have been posted in the area since 2018 to protect the land from conflict.

A case of environmental protection versus ancestral rights 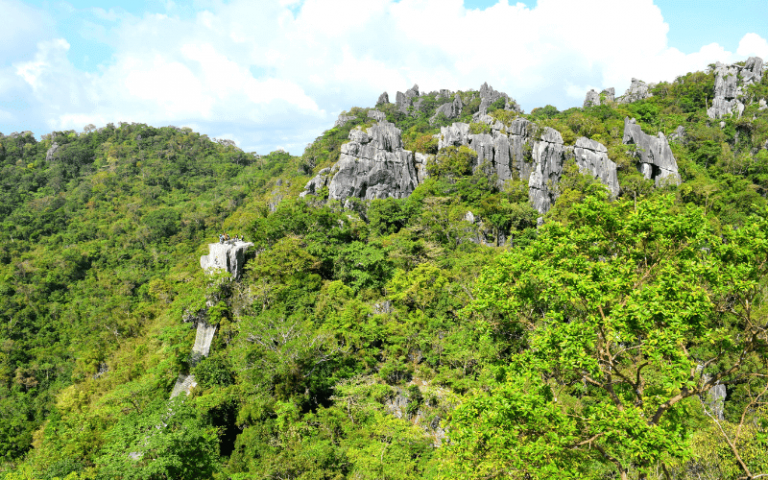 The exchange between Masungi Georeserve and the Dumagat-Remontados seemingly reveal a dispute on environmental protection versus ancestral rights. Where the former stands for Republic Act No. 7586 (National Integrated Protected Areas System Act of 1992), the latter defends Republic Act No. 8371 (The Indigenous Peoples’ Rights Act of 1997).

Disputes such as this are not new in the Philippines. Several destinations across the country have also seen obstacles regarding land ownership and domain rights. As this case develops, we can only hope for solutions to protect and preserve all our national treasures: human and natural resources included.