The season when scarlets burn the brightest and yellows are aglow, when monotonous trees become glamorous shades of yellow, orange, red and green.

Autumn is no doubt the best season to travel in South Korea. We were very lucky to have booked a flight to the country when the autumn foliage was at its peak — which is usually around the last week of October to early November each year. Any place where there are trees would definitely be a picturesque sight during autumn. So during our five-day vacation, we went on a search for the best autumn foliage, with some heritage sites and foodie hotspots in between. 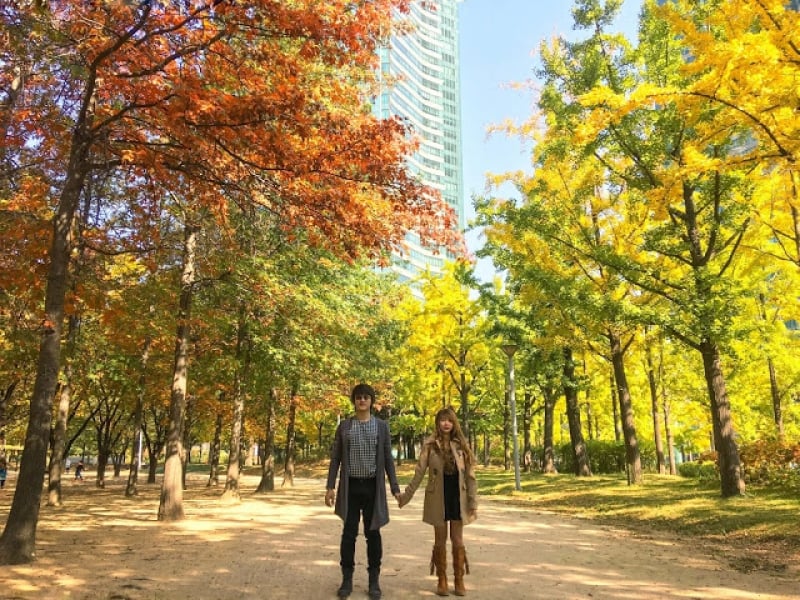 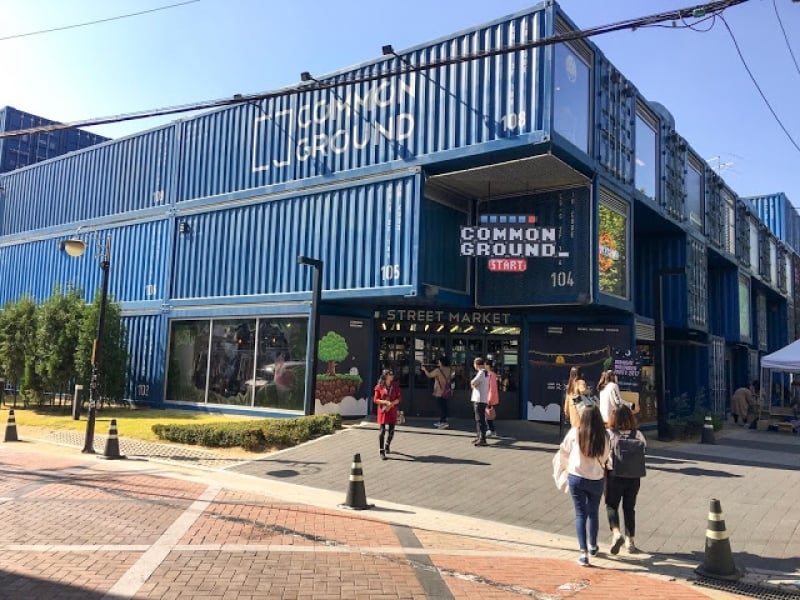 It’s not really an autumn destination but it’s a trendy retail establishment that is popular among millennials. It’s definitely worth visiting to capture that perfect OOTD shot. Plus, it’s also a foodie’s paradise. 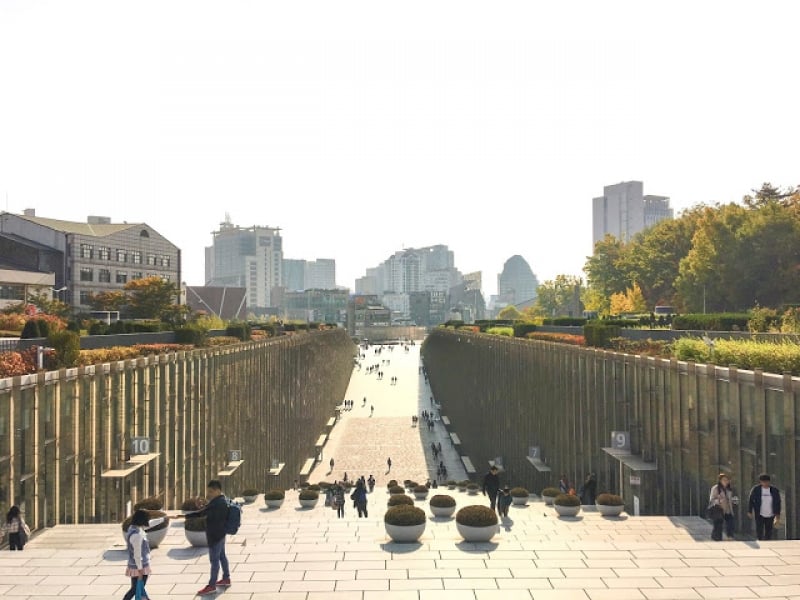 This place is known for its unique modern architecture that seamlessly connects the university into the surrounding cityscape. The campus is even more beautiful in autumn when the landscape is bathed in vibrant hues.

The Fashion Street outside Ewha is also one of Seoul’s top shopping districts. 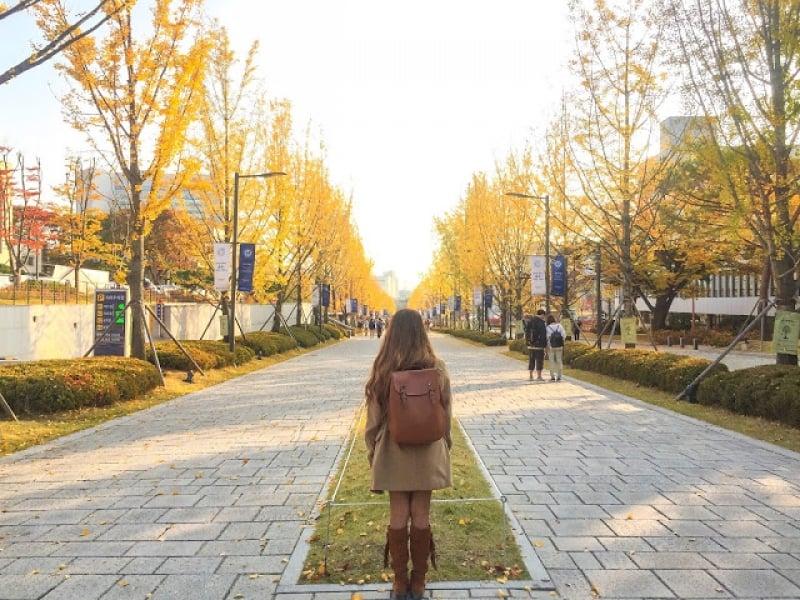 For some reason, Seoul’s universities make me want to study harder. Their sprawling landscapes are so serene and conducive to learning. 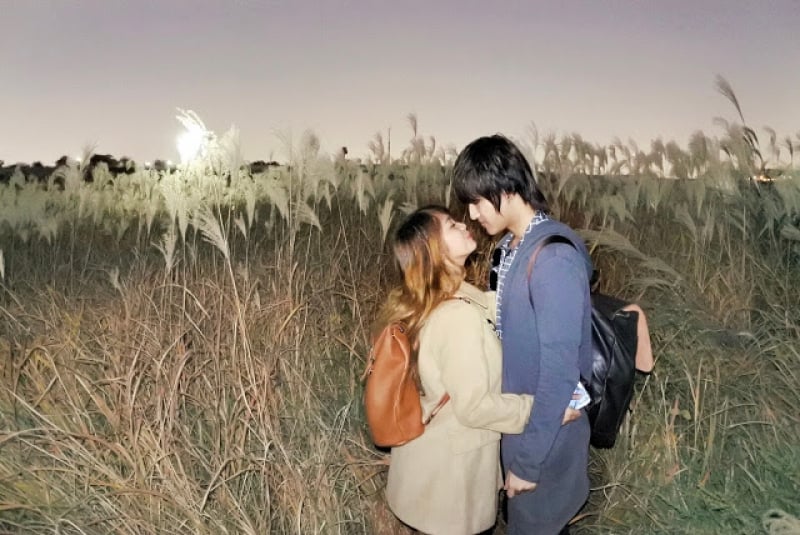 This park high above the city transforms into a dreamy place during autumn — awash in silver, grey or white of the blooming Eulalia grass.

This is the most crowded place that we visited! Better come here early if you want to have better photos. I wonder why we love taking photos with tall grass as a backdrop. Actually, they seem so magical and hypnotic, especially under the sunlight. Indie music, themed cafés, shopping and entertainment — this neighbourhood is very much alive at night.

We visited this dainty cafe at Hongdae, since cat and dog cafes have become too mainstream! The Sheep Cafe is one of a kind and is definitely worth stopping by.

It was Halloween season during our visit and there were a lot of other activities in the area. 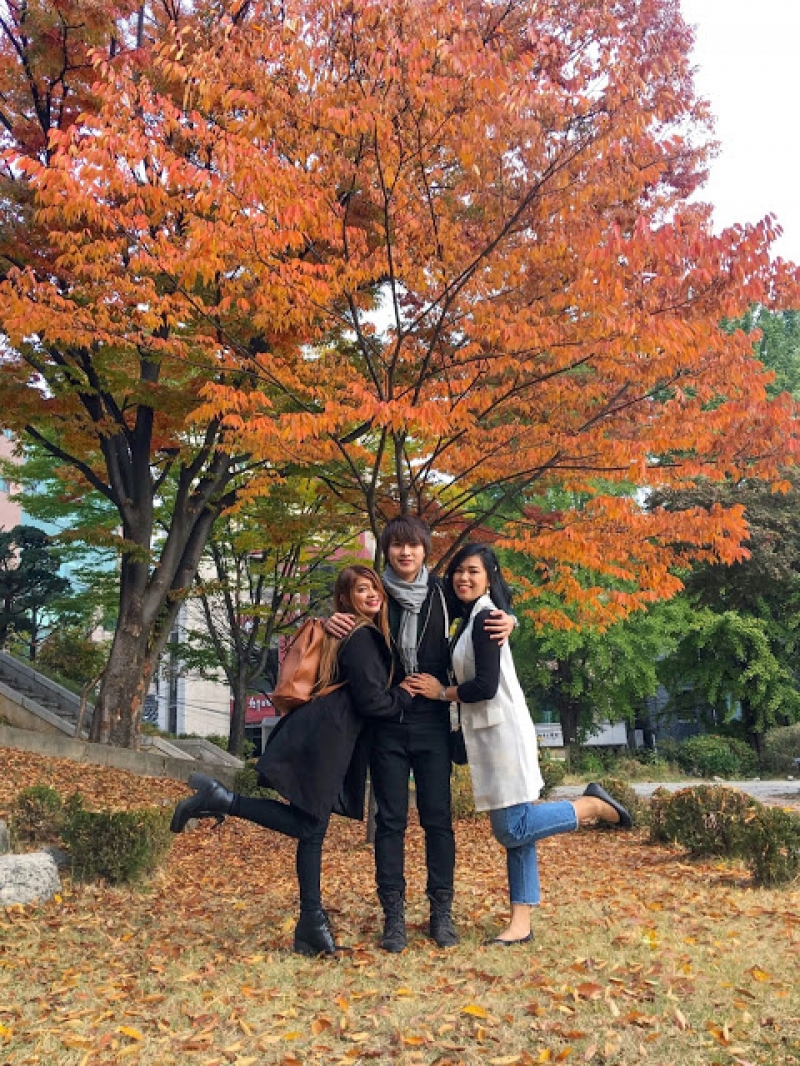 They say that the Secret Garden is most stunning during autumn.

Some things are not meant to happen. We planned to visit the Secret Garden but we were not fortunate enough to have booked tickets online and arrive earlier than everybody else in order to avail of the coveted limited slots to enter the grounds. We ended up taking photos at the Outside Garden instead. 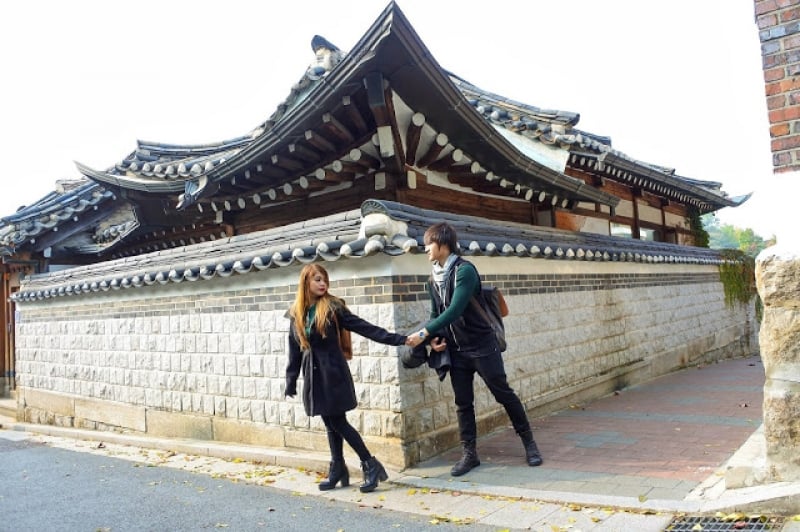 This heritage site is not a highlight during autumn. But if you’re visiting the palaces, better drop by this area since it’s just along the way. 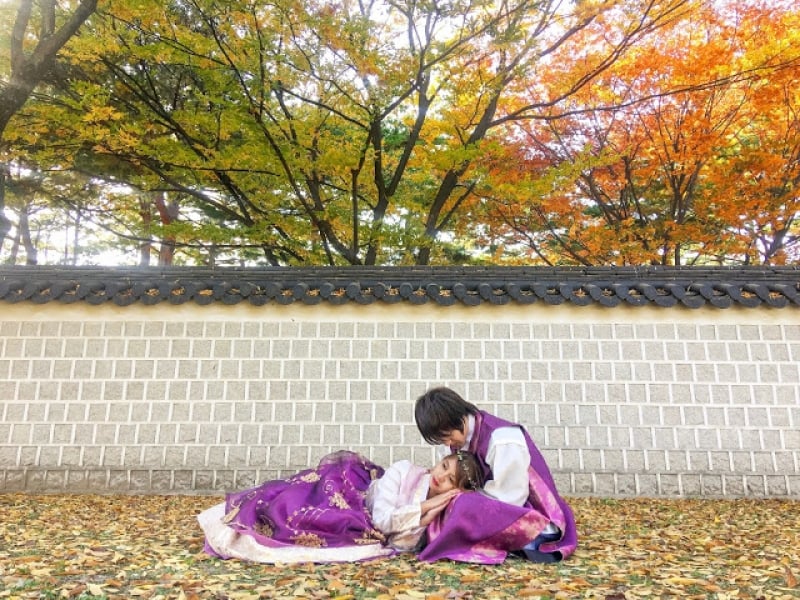 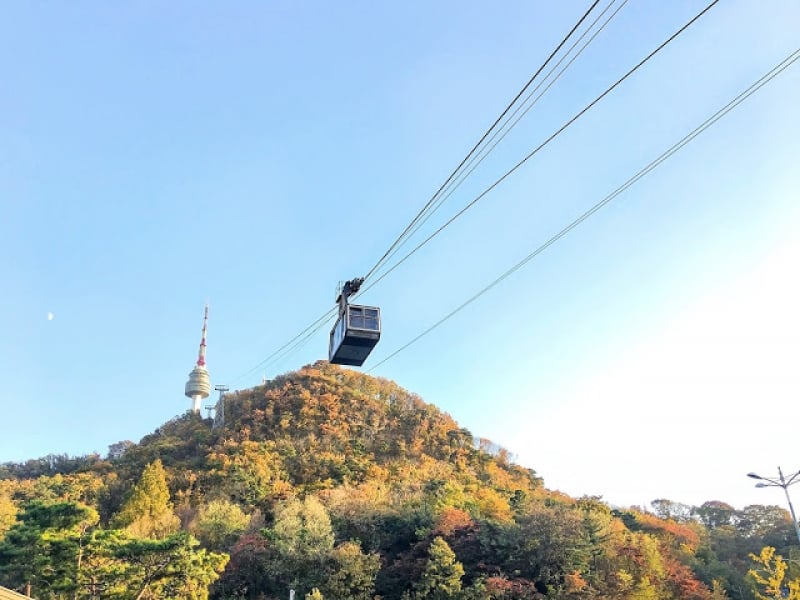 N Seoul Tower is Seoul’s most iconic landmark that has been featured in tons of our most loved Korean dramas. This was where Gu Jun-Pyo and Geum Jan Di of Boys Over Flowers went on a date.

The three places listed below are easily accessible via DIY travel, thanks to Korea’s efficient transportation system. These places can be visited all in one day via the Gapyeong City Tour Bus. You just have to time your visits properly.

Garden of the Morning Calm 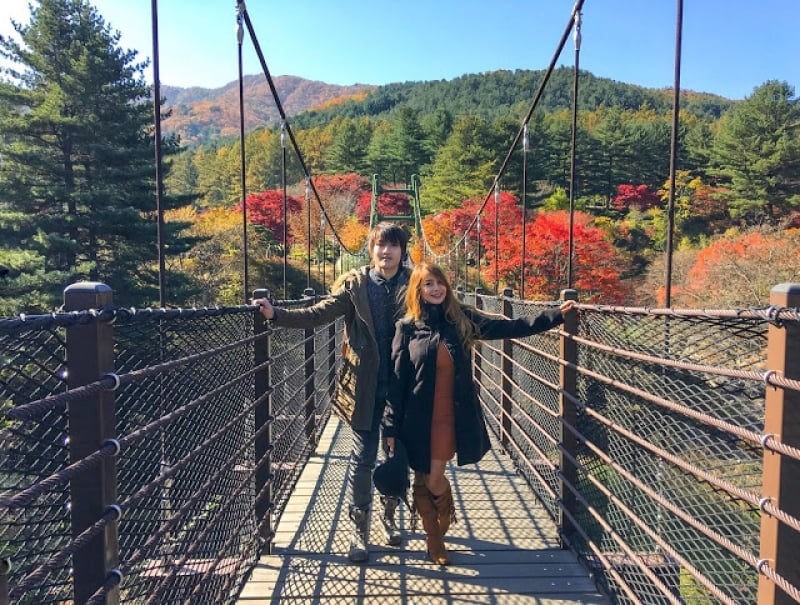 Getting in costs ₩9,000 (₱440). This garden transforms every season and its autumn skin is not to be missed! 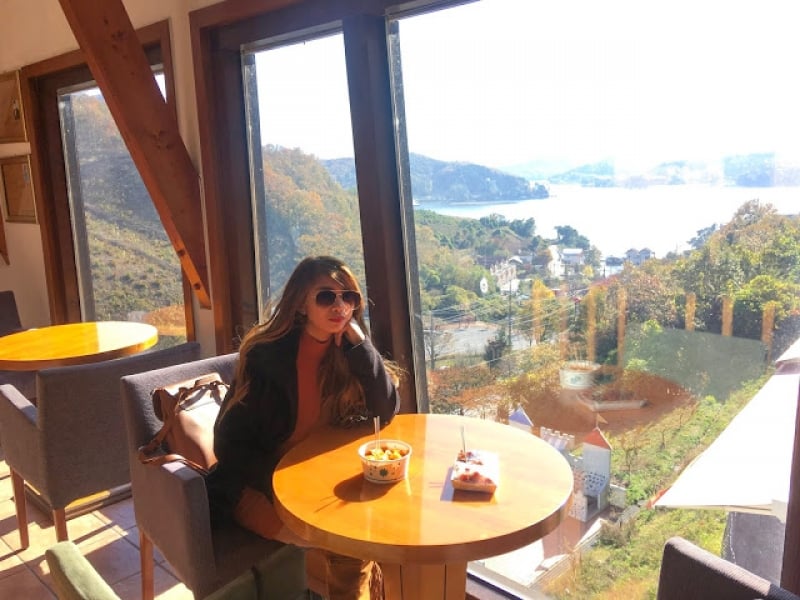 This place has become popular among KDrama fans after it was featured in the series My Love from the Stars. Admission costs ₩8,000 (₱400). 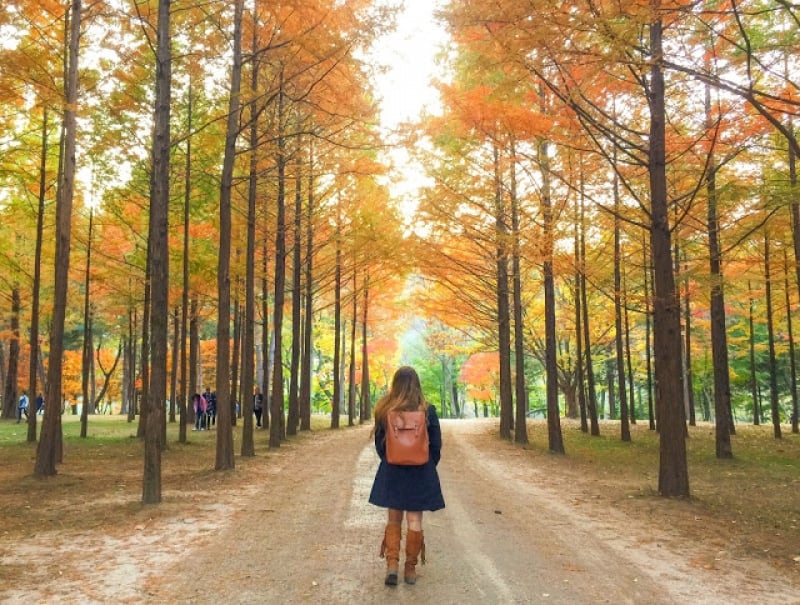 Nami is on top of everyone’s bucket list no matter what the season is. It’s like a woman on different sets of makeup and colour palette every season. Nude and pale during winter, fresh and light with splashes of colour during spring, natural and warm during summer, and colourful, vivid and conspicuously made-up during autumn. This place never disappoints its visitors with its seasonal beauty. The entrance fee is ₩10,000 (₱500). 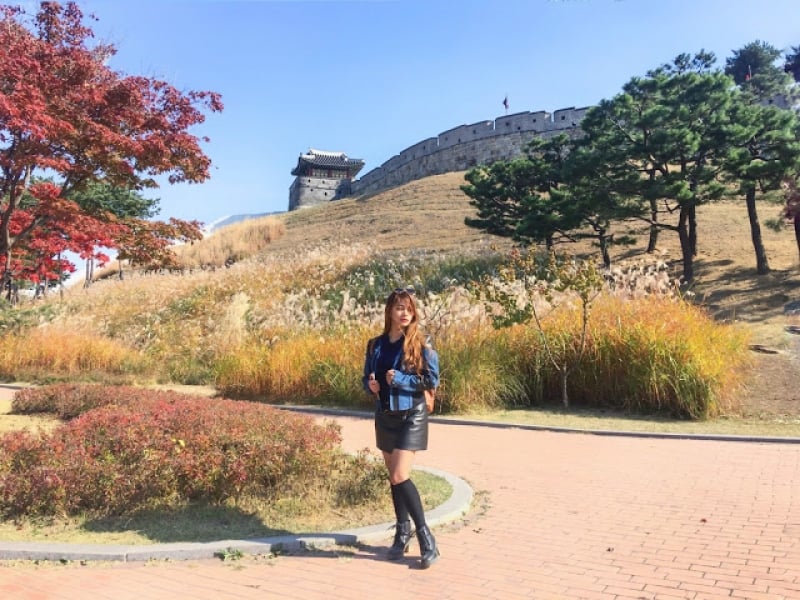 Entrance to the entire complex was free during our visit. 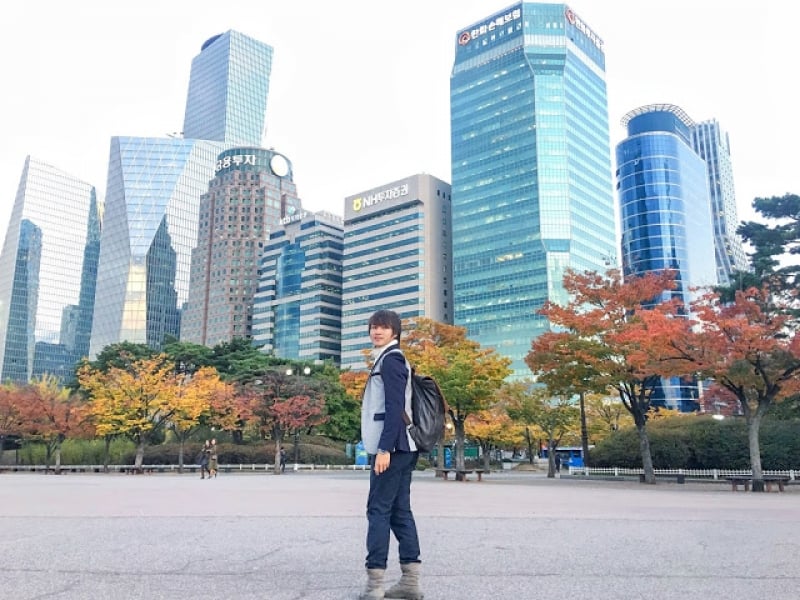 Colourful central park plus a thriving business district — this place is good for photo opportunities! 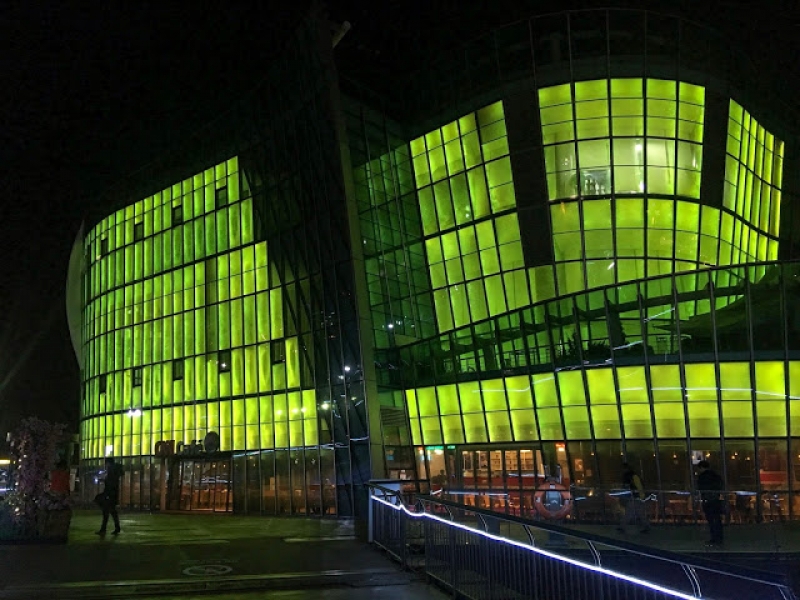 This is a great hangout spot while waiting for the Banpo Bridge Fountain Show. 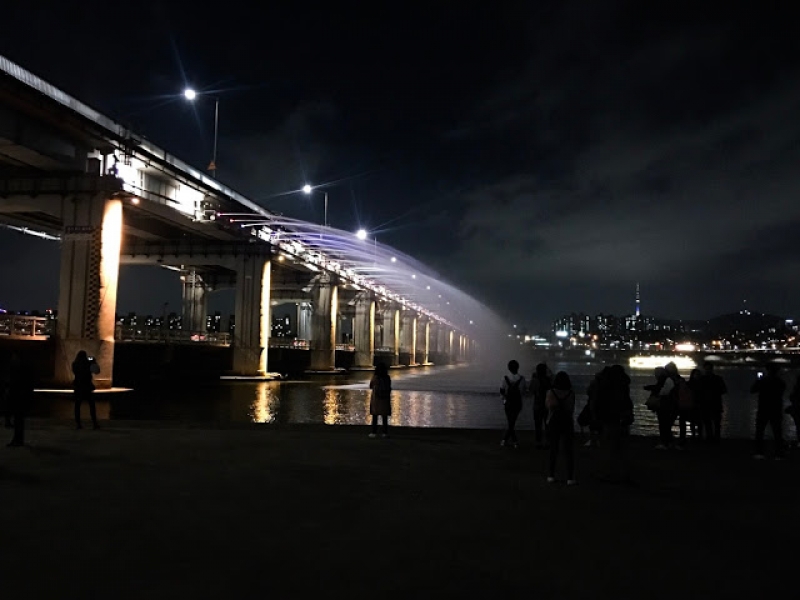 The fountain show takes place every 30 minutes from 7.30pm to 9pm and lasts for 20 minutes. It was not as spectacular as we expected, so this may be worth skipping. 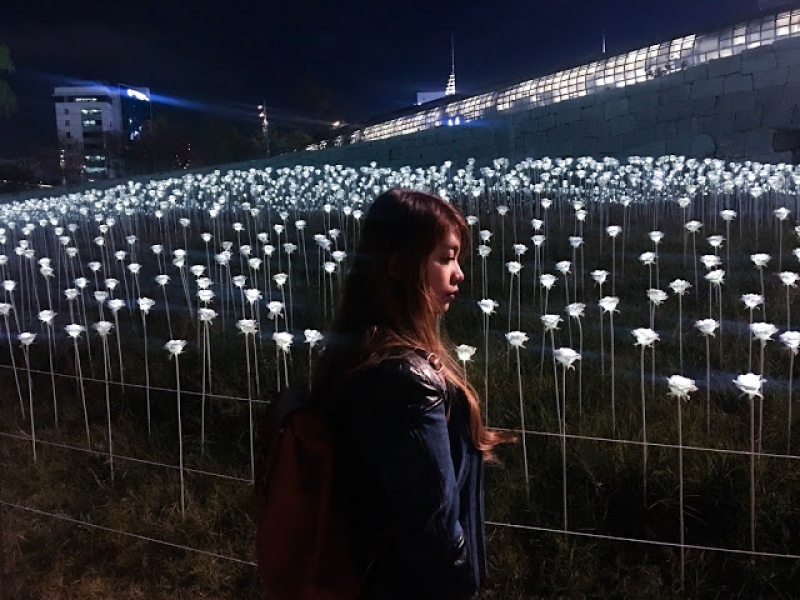 It’s like a building extracted straight from a sci-fi movie. This marvellous creation by Starchitect Zaha Hadid should be in every architecture lover’s itinerary! 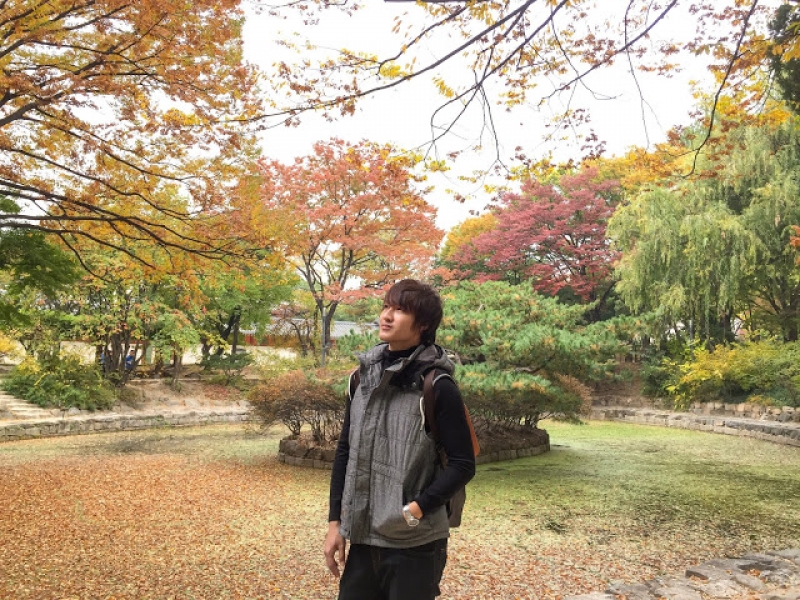 Compared to other palaces in Seoul, Deoksugung is less crowded. The entrance fee is ₩1,000 (₱50). Make sure to visit the Jeongdong Observatory located on the 13th floor of the Seoul City Hall Seosomun Building for a captivating aerial view of the Deoksugung Palace and the surrounding metropolis. 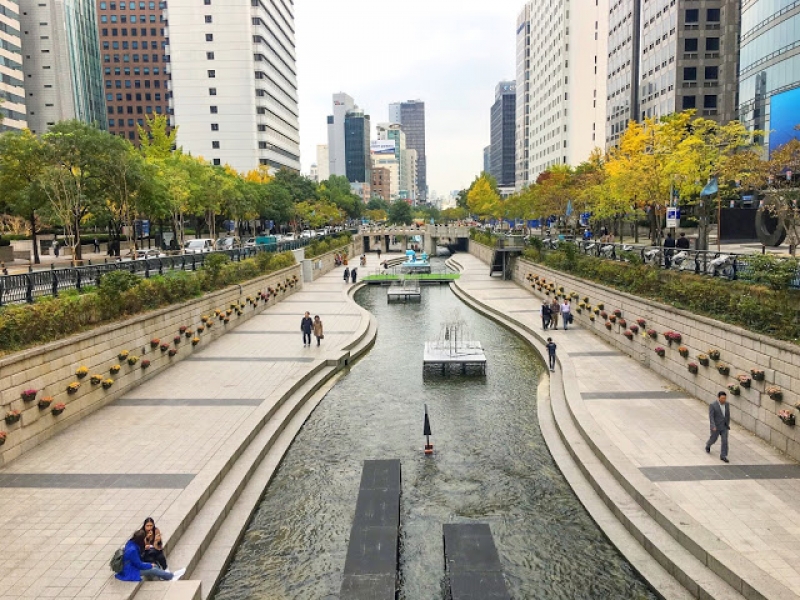 Cheonggyecheon is an epitome of urban renewal — a testament to how great things can be achieved if the government willfully pushes for it.

We stopped by Lotte Mart at Seoul Station for some pasalubong shopping before heading to the airport. We also shopped for souvenirs and trinkets at Dongdaemun during our visit, and mostly at Myeongdong since this was where we stayed.

At ₩10,000 (₱500), riding the limousine bus is the best option if you’re carrying huge bags to the airport. It’s more expensive than taking the train but it’s more comfortable. 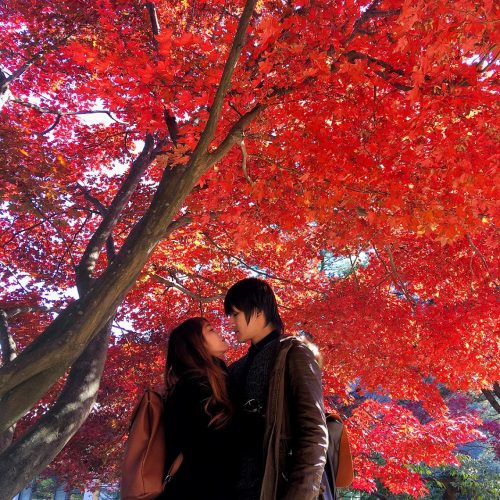 Luvley is a Software Engineer. But there’s one bug that she cannot fix - the travel bug that she and her boyfriend, Ralph, caught ever since they visited Japan in 2016. Whenever time permits, Luvley and Ralph briefly escape the corporate life to discover new places and fulfil their #travelgoals and #relationshipgoals. Rediscover their discoveries on Instagram and on Facebook.

Previous ArticleNo Travel Photos: Did You Even Travel At All?
Next Article7 Ways To Experience Seoul as a Kpop Fan — Aside from Visiting the Big Three