Spotting a Pinoy in the wild always gets us excited — whether it’s when we spot a kabayan in a foreign country or see a familiar face on international TV. So, you can imagine how pleasantly surprised Filipino viewers were upon discovering that the cast of hit Netflix series Squid Game includes one of our very own. Meet Christian Lagahit or Chris Chan, aka Player 276.

Christian Lagahit takes us behind the scenes of Squid Game

With over 2,000 posts on his Instagram account, Lagahit takes his 18,000 (and counting!) followers along with him on his South Korean adventures. Having moved to Korea in 2015, he started acting as a side job back in 2017. Since then, he’s gone from English teacher to marketing consultant, and has starred in a number of Korean films and dramas.

Through his latest Instagram posts, he takes us behind the scenes of Squid Game; there, he shares photos of himself in the iconic green jumpsuit, plus envy-worthy selfies with the series’ cast members. Check out screencaps of some of his posts below: 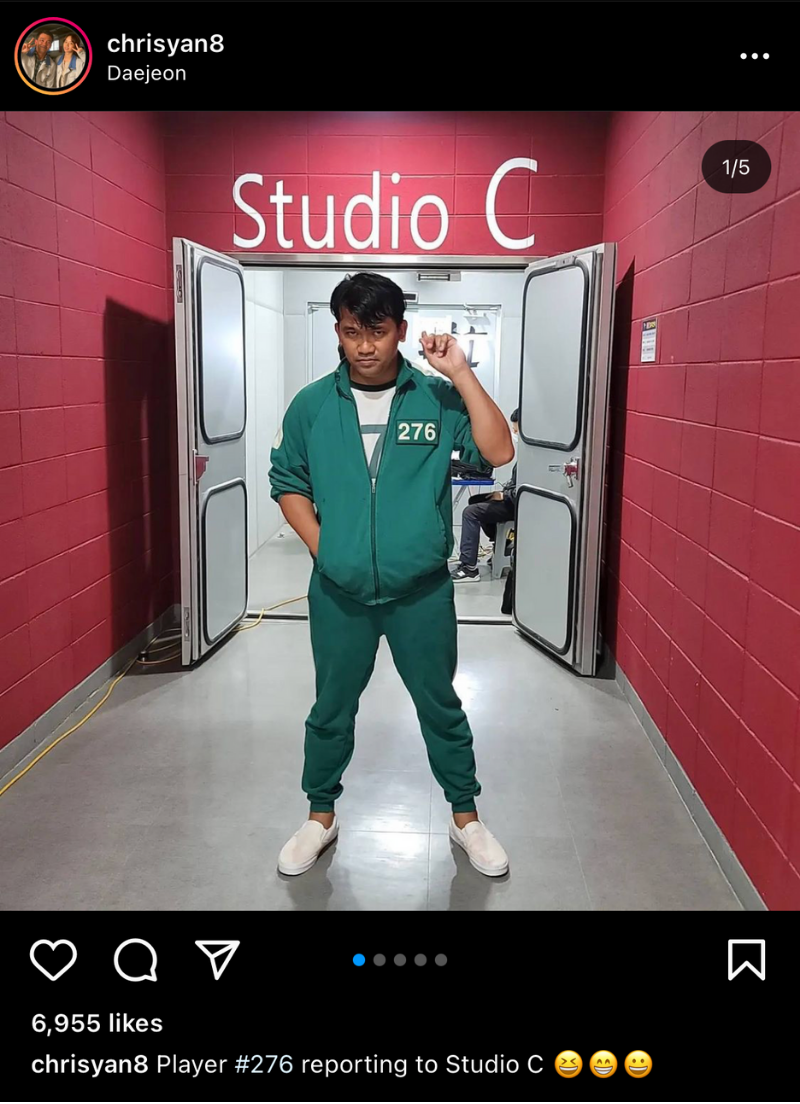 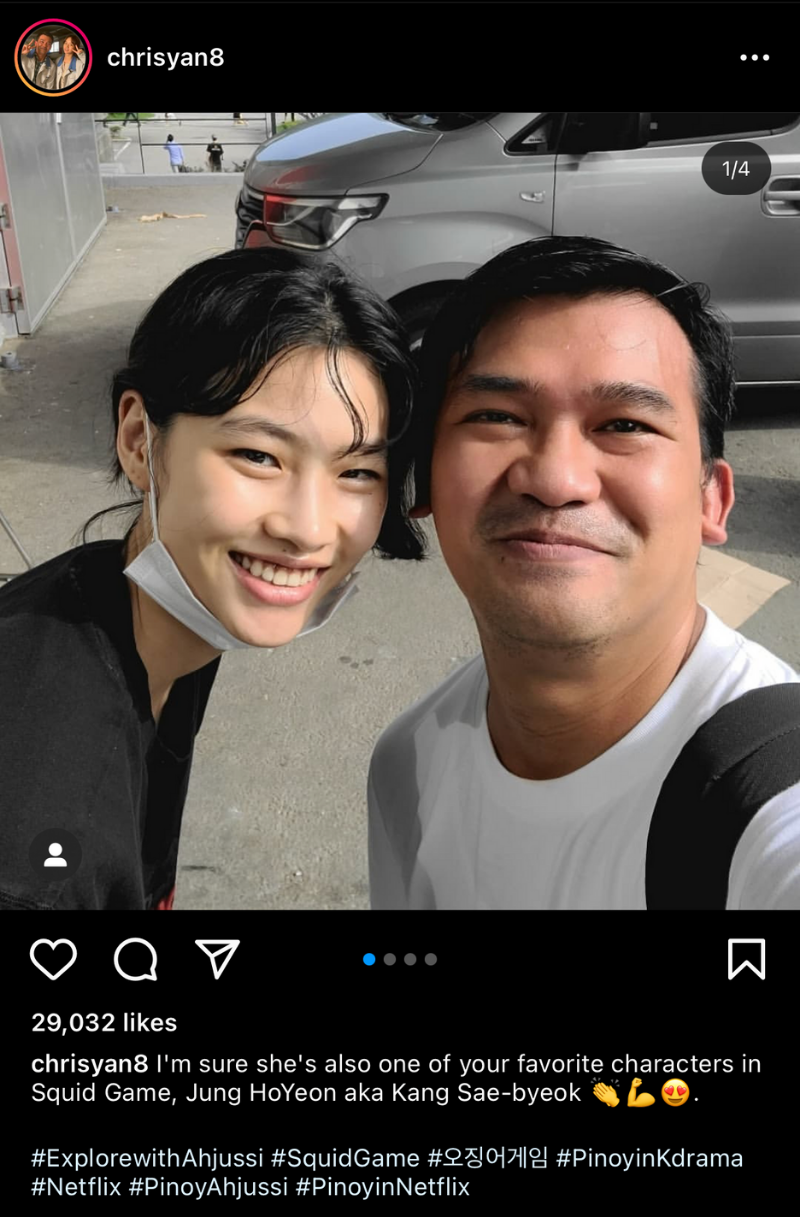 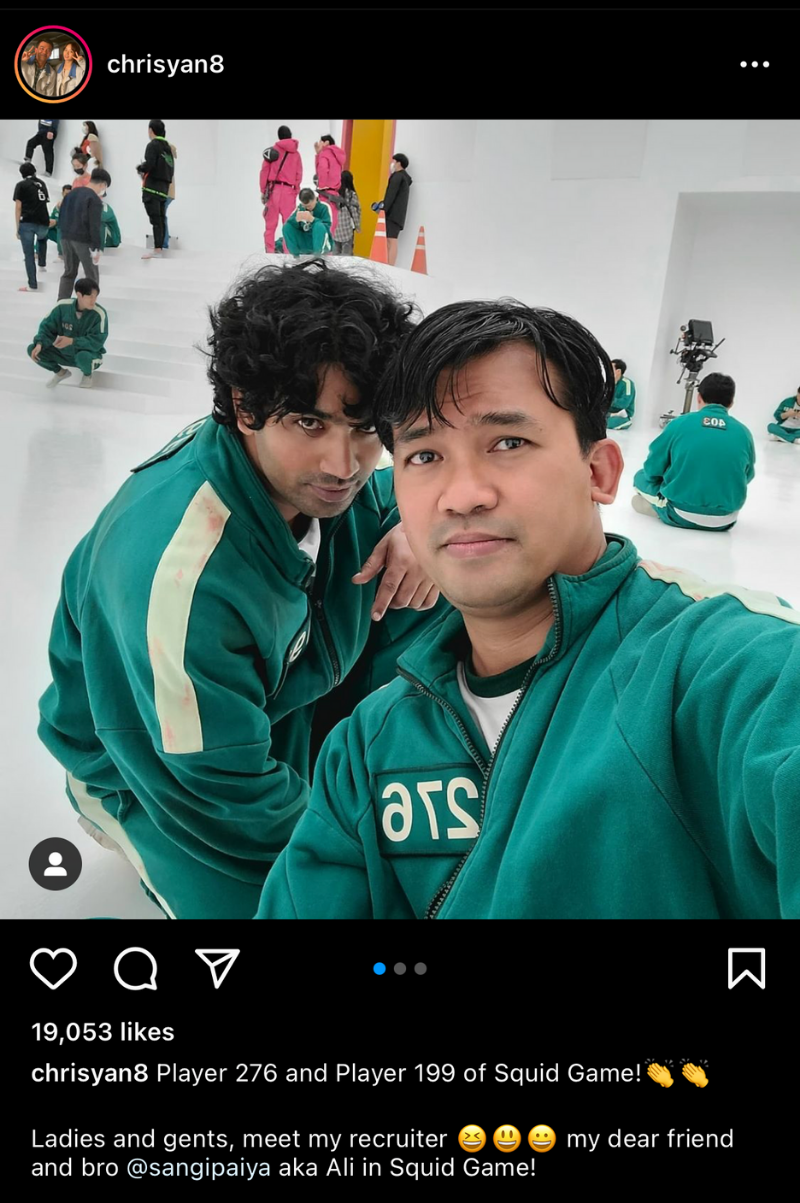 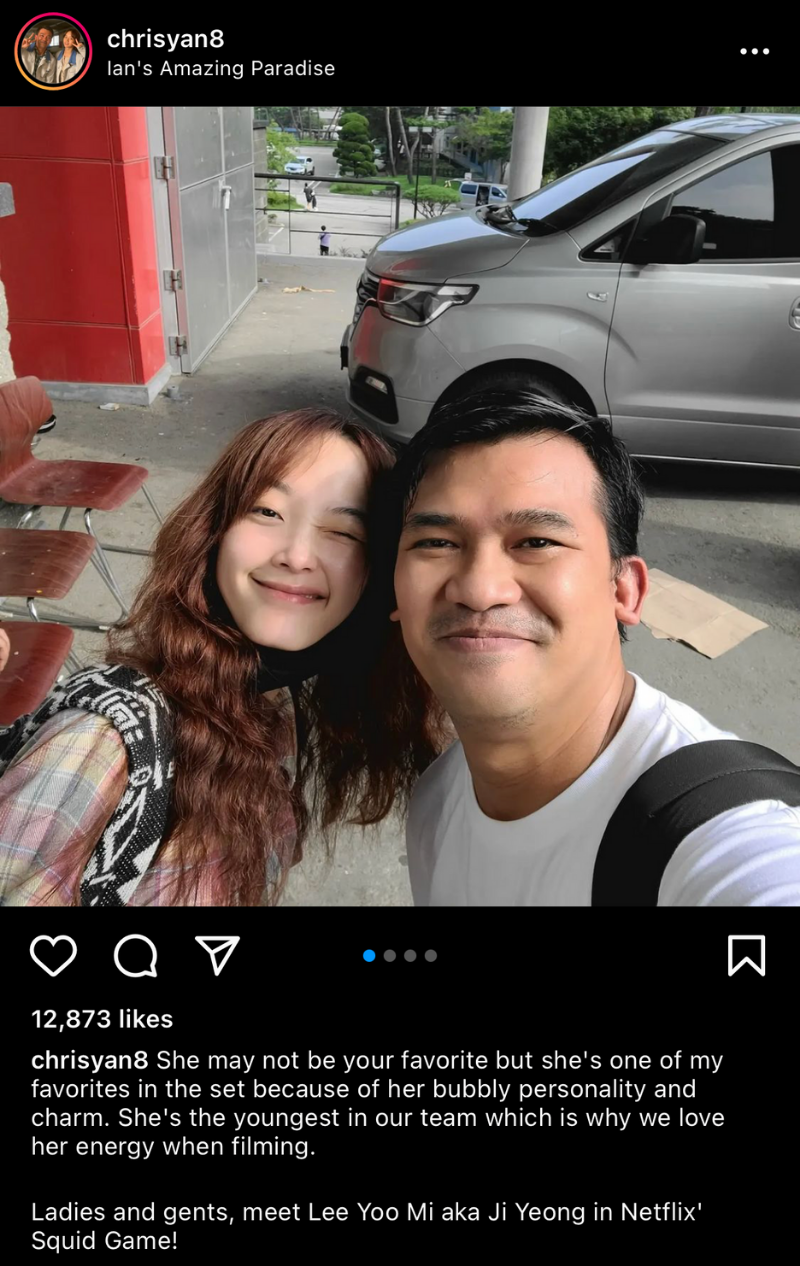 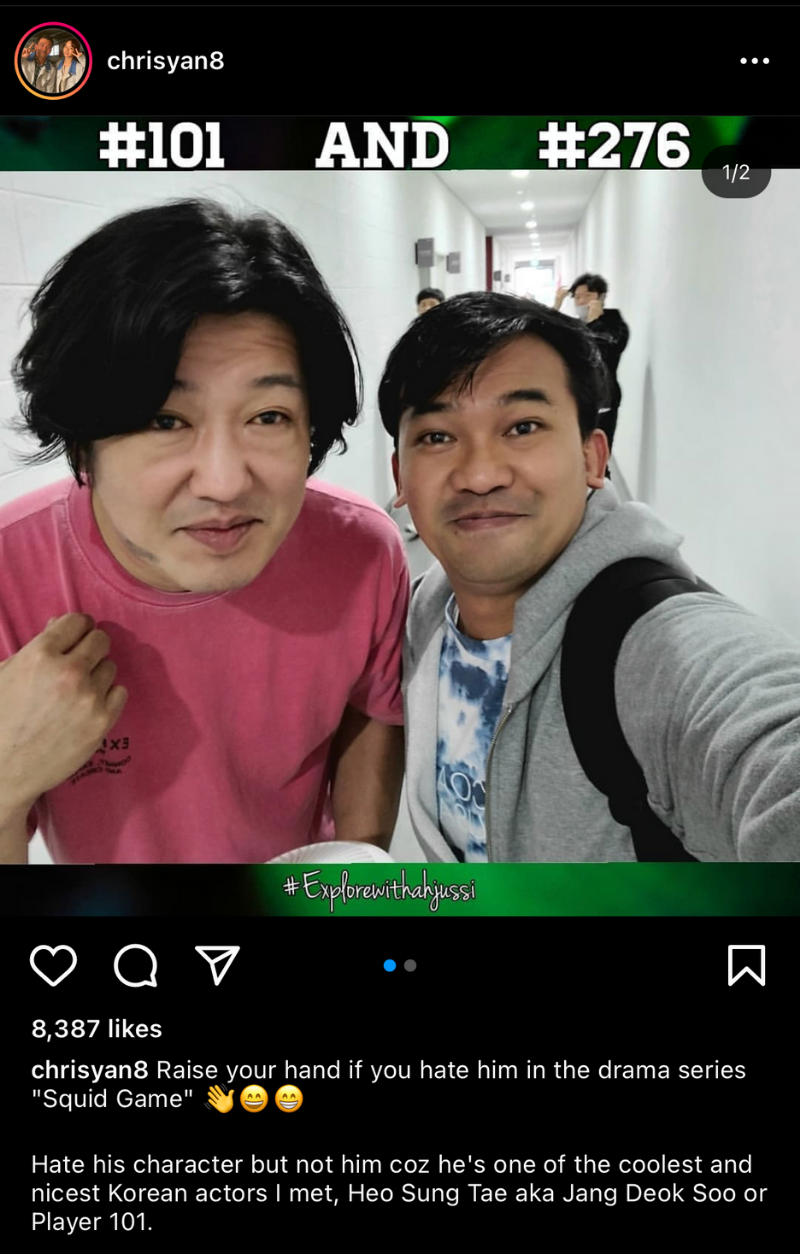 Where else you might have seen actor Christian Lagahit

“I am proud that I represent the minorities here, especially the Filipino community,” the 35-year-old actor said in an interview with CNN Philippines’ New Day. Before Squid Game, he appeared in titles including but not limited to the following: The Negotiation (2018) with Son Ye-jin and Hyun Bin; Miss Lee (2019) with Hyeri; and Space Sweepers (2021) with Song Joong-ki.

In addition to acting, Lagahit also runs a YouTube vlog called Explore With Ahjussi. Explore his channel, and be treated to snippets of his life in Korea: from his travels and food trips, to peeks into his acting gigs. Just like his Instagram, it’s packed with feel-good content that’ll keep you endlessly scrolling!

Since Squid Game’s premiere on 17 Sep 2021, the nine-episode series has received love not just from Korea and the Philippines, but also all over the world. We love that Lagahit gets to take part in all the excitement! Have you guys seen it yet?

Previous ArticleDonate a Book, Get ₱100 Off Your Next Order at The SM Store
Next ArticleWhere to Live in the Philippines: 10 Next Wave Cities