In ancient times, Larnaka was named Kition (Greek: Κίτιον, Kítion), also known by its Latin name Citium. It was a city-kingdom in the 13th century BC off the southern coast of Cyprus.

Today, Larnaka is a tourist destination and an easy day trip from Nicosia, the capital city of Cyprus. A drive from Nicosia (Lefkosia) to Larnaka could take about 35 minutes. The airport was diverted here from Nicosia following the Turkish invasion in 1974. Larnaka is famous for the salt lake where thousands of flamingos stopover between November to March, and on the same lake stands a very important mosque: the Hala Sultan Tekke or the Mosque of Umm Haram. Umm Haram (Turkish: Hala Sultan) was the wife of Ubada bin al-Samit, a companion of the Prophet Muhammed.

The nearest coast or beach from Nicosia is Larnaka. So I’ve been visiting here almost every week and return to Nicosia the same day. Here’s how I spend my day here…

1. Stroll along the marina and Finikoudes promenade 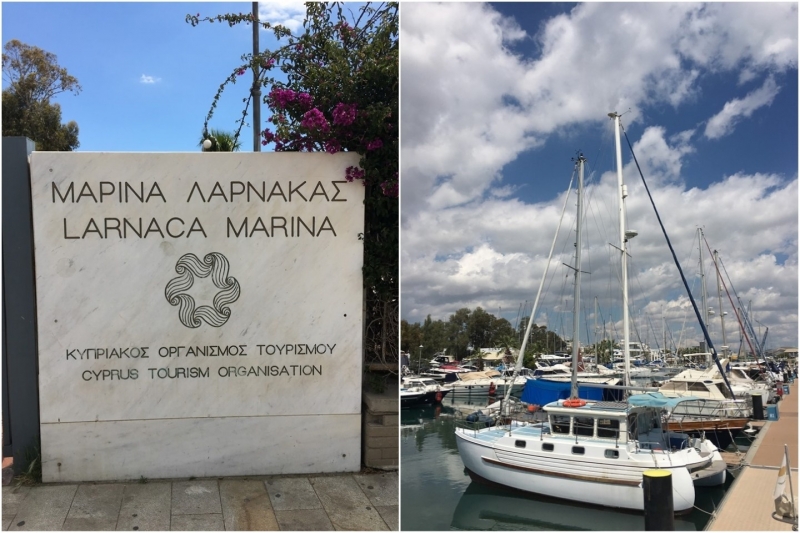 Finikoudes is a popular and touristy beach area, named after small palm trees which were planted way back 1920s. It runs about half a kilometre long with fine grey sand and calm waters.

When we visited, my friend and I started our walks from the marina, then to the beach area. On the opposite side are restaurants and pubs. During mid -April, tourist traffic is less but wait once summer kicks off after the Easter holidays. The weather was pleasant and sunny with a cool breeze yet it was a little bit chilly for a beach dip.

We had lunch in Tuck Inn restaurant and ordered vegetarian noodle, grilled fish and greek salad. The menu is varied from Mediterranean to Asian fusion dishes. Food and service were just satisfactory so don’t expect too much. We filled our hungry tummy, but more importantly, it was a day well spent. Then, suddenly grey clouds started to form and the rain was coming. Our afternoon was cut short but we had a nice time. Beach strolling is always a therapy.

2. Shop and dine at Finikoudes 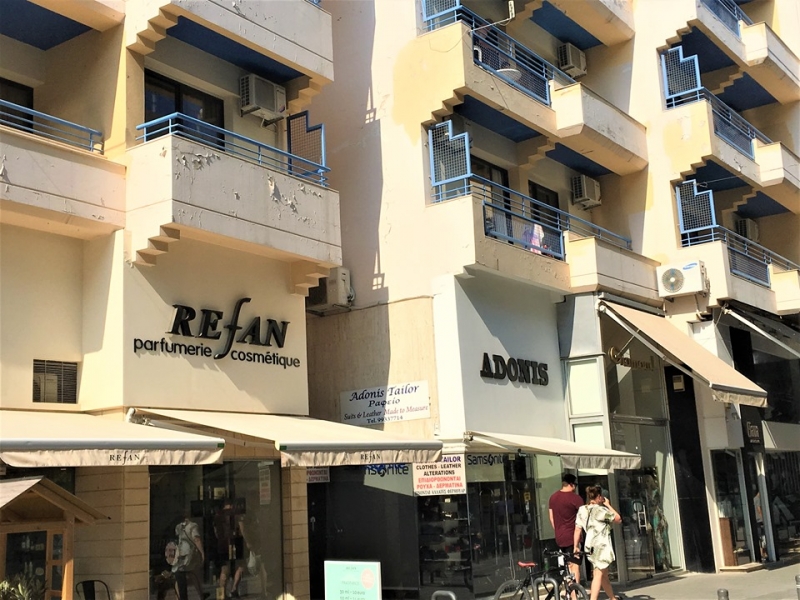 There’s a wide array of shopping outlets with easy access from Finikoudes beach. There are more shopping options such as souvenirs and specialty shops. There are restaurants and cafes too. If you want to go through every block, you may need about a day. So here is another retail therapy!

And of course, this therapy makes you tired and hungry so would you like to sit on a nice spot and enjoy a good dinner? Let me show you how Finikoudes looks at night. 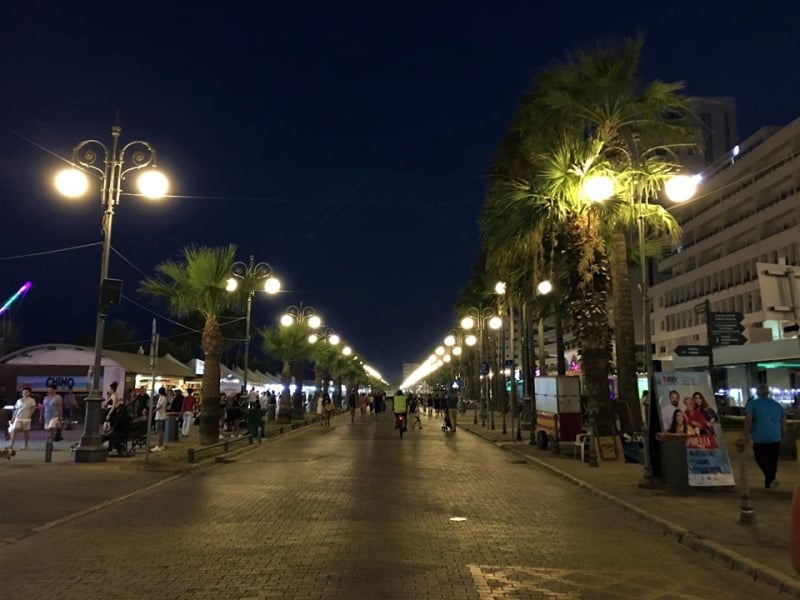 Fancy a drink? We had a nice dinner and cocktails at Fridays! 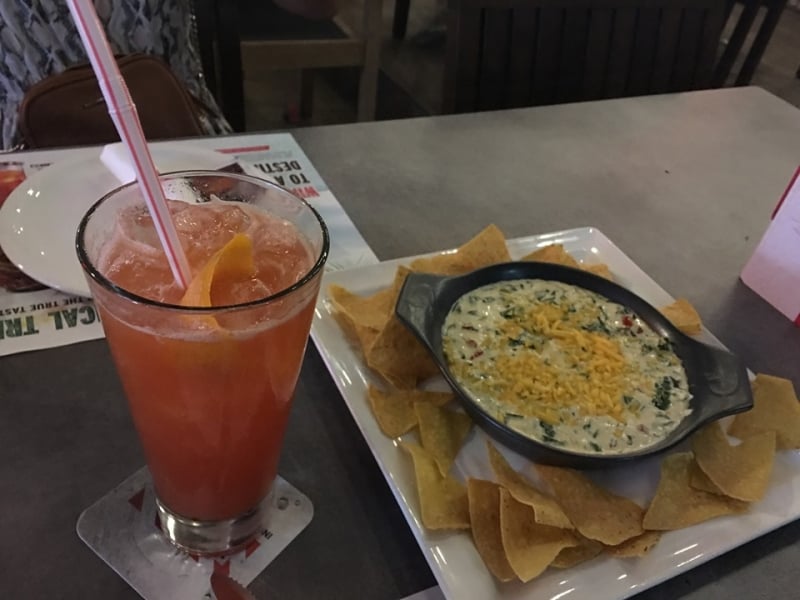 And I say, it gets even better in the evening. 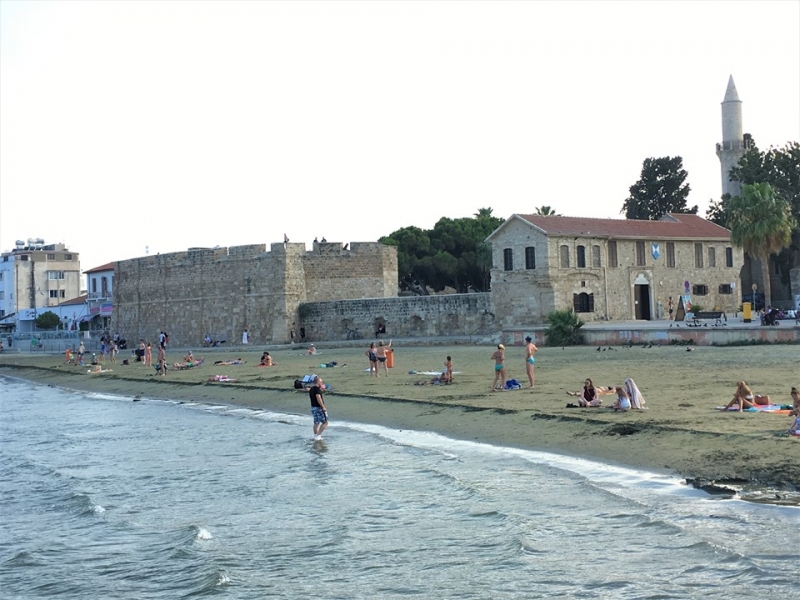 At the end of Finikoudes strip is the Larnaka Castle and museum, believed to be built by Ottoman Turks around the 18th century. From other written sources, it dates back to the later part of the 13th century, during the reign of King James I of Cyprus.

Entering the castle, you will see several cannons used to protect the harbour. At the ground floor, there was an execution area for prisoners and medieval tombstones. 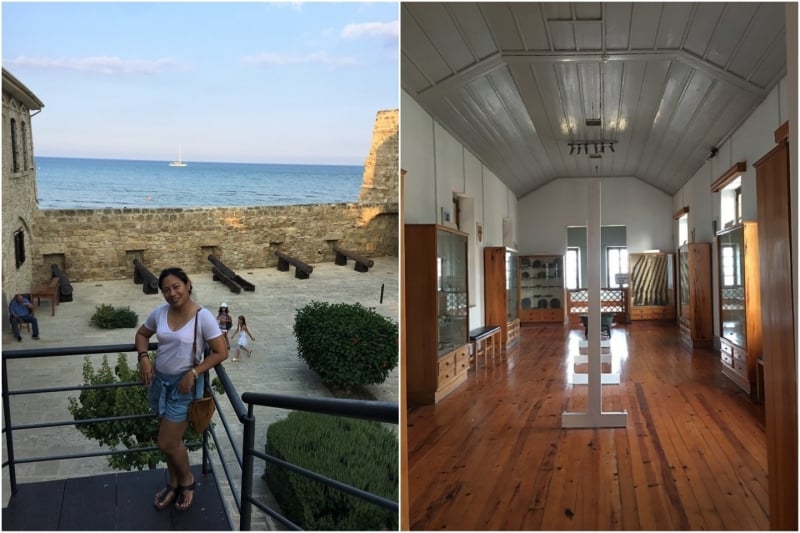 The museum is on the second floor, presenting architecture, antiquities and decorative pieces as early as 4th-7th century AD. And the rooftop… Cannons and a superb view of Finikoudes.

Outside the castle are several spots to relax. You can sit on the bench with a frappe and do people watching perhaps. The walk to the quay is very romantic, and at the railing, you will see love padlocks. Couple goals indeed! 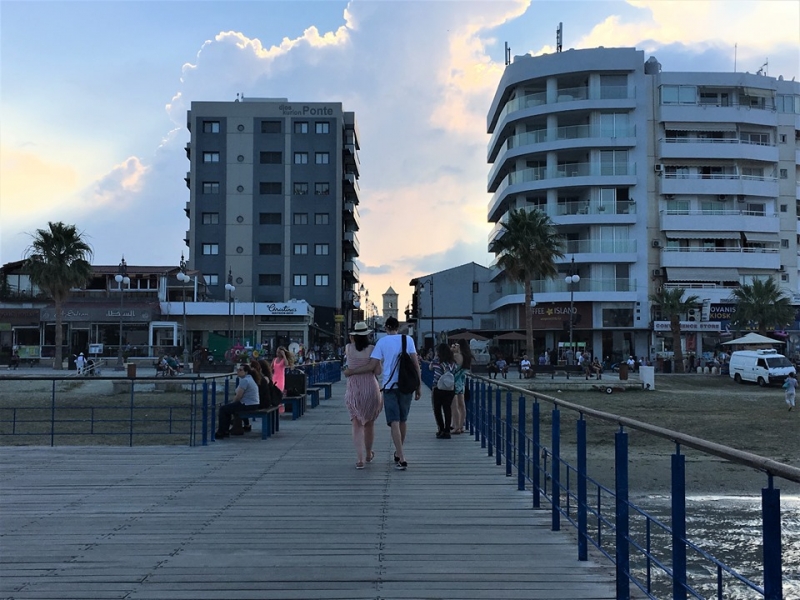 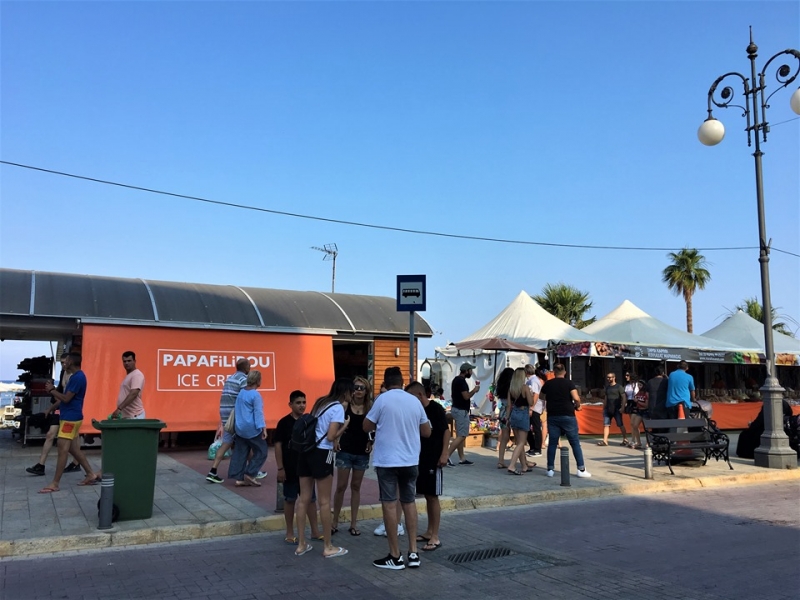 Every now and then, there are events at the Finikoudes. Last month, Larnaka Food Festival was held in celebration of Europe Day. 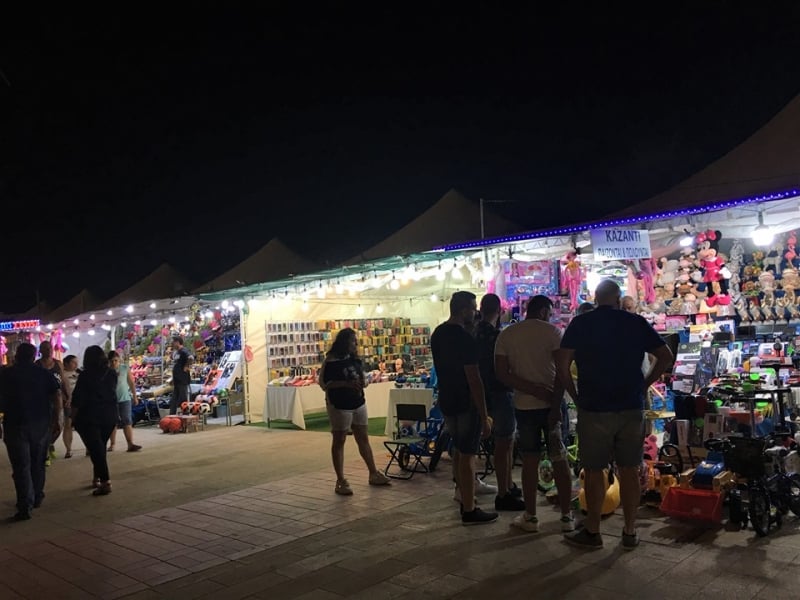 Kataklysmos is a week-long event usually every May 14-19 commemorating the flood incident. There is a fair along the beachfront with food and bazaars, programs, children rides and a lot more.

You may check Larnaka events and see what’s next.

5. Relax at the Makenzy (Mackenzie) beach

Makenzy beach is further down from Finikoudes, maybe a 30-minute walk. It is more frequented by locals with its calm, shallow waters, and grey sand.

According to Cyprus Island, the beach was named after a Scottish man who set up a restaurant/bar after WW II. 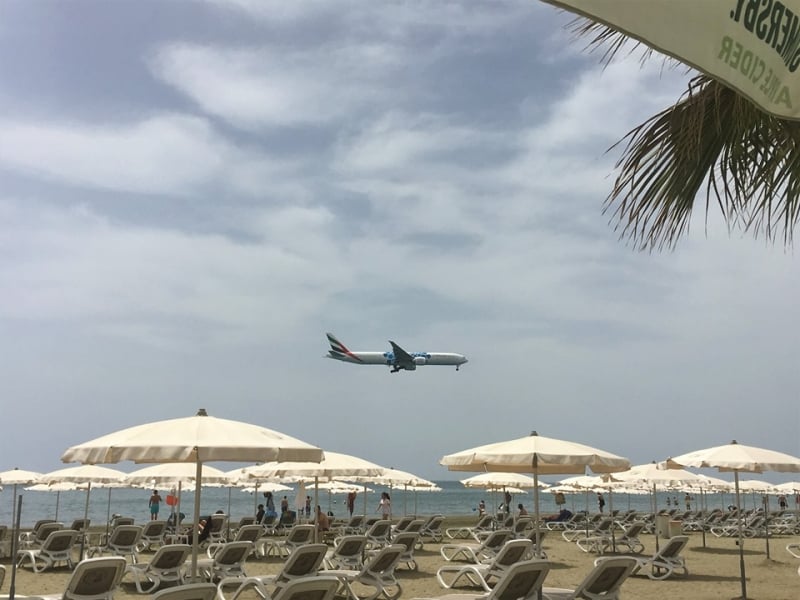 This is the closest beach from the airport, and you will see planes arriving at different intervals. You will be amazed at how many flights are coming all across Europe and the middle east as well. We usually play the guessing game of the airline. As you land at Larnaka airport (LCA), just look down from the plane window and this is the beach!

Finikoudes and Makenzy beaches both have a BLUE FLAG (pure water, clean coast, safety and access for all) status. They are well maintained by Larnaka municipality with lifeguard services.

Cyprus beaches are the cleanest in Europe. This 2019, 65 beaches in Cyprus were awarded Blue Flag status.

And there are so much more things do in Larnaka. Check the Larnaka Tourism Board for further information on where to stay, bus routes, places to be, and activities.

For me, I am thinking of joining SUP (stand up paddle) for sea yoga.

Previous ArticleKandiwata Rock Formation: A Piece of Palawan in Daram, Samar
Next ArticleTravelling with a Relaxed Itinerary: Why It’s the Way to Go