Prior to visiting the United Arab Emirates (UAE), I only knew about Dubai and Abu Dhabi. Little did I know, the country is actually composed of more than just two cities—Dubai, Abu Dhabi, Sharjah, Ras Al Khaimah, Ajman, Umm Al Quwain, and Fujairah.

Now that I’ve been to UAE myself, let me share with you a simple travel guide, with all the information needed, for first-time Filipino travellers.

Getting a Visit Visa

We got a visa directly from UAE because of relatives based in Dubai. The Visit Visa is granted to all foreigners who want to visit the country for travel. It’s sponsored by someone who is currently living in the Middle Eastern country.

For application forms and details of other types of visas, visit Embassy of the UAE (Manila) and Embassy of UAE.

Step 1: Compile the necessary requirements for a tourist visa

Step 3: Send all the complete requirements to your relative based in UAE for him to process it there

Step 4: Pay the necessary application fees for both sponsor and tourist 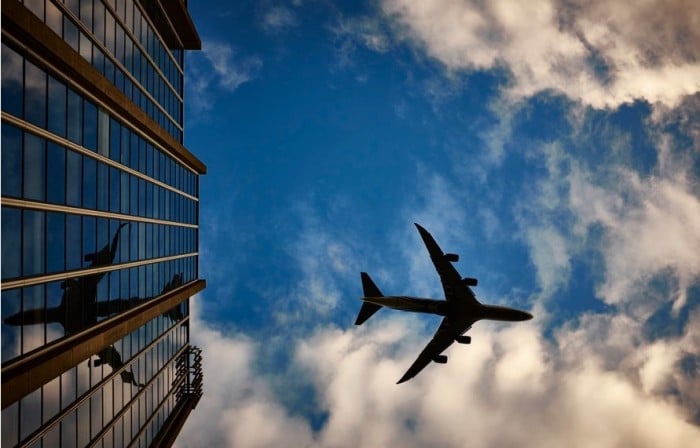 Choose a flight that goes to Dubai from Manila since it’s the main hub of everything. We were lucky to have stumbled upon Cebu Pacific’s newly launched flight so it was cheaper. We were able to book around ₱20,000+ for a round trip ticket per person. Since we flew during winter, it was still a bit higher compared to other months.

Estimated airfare: ₱20,000+ (depending on the airline) The best way to go around the country is by hiring a van or even better if you know anyone living there with his own transportation. It’s because most of the places to visit are far from each other. If you’re only staying in one city, it’s okay to take the public transportation but for us, we hired one when we visited Abu Dhabi from Dubai.

Also read: 5 Things To Accomplish While On A Desert Safari in Dubai

There’s also a train called the Metro, which is easy to take since there’s no language barrier and there are signs where to get the tickets. They have ticket counters and ticket machines available. The stops are either connected to the mall or near business hubs. The people are easy to talk to since most speak English.

If you’re taking the bus, there are stations when you go down the Metro, but be sure to take note of each number which corresponds to different routes. We were lucky because where my family lives, the buses go inside the condominium complex.

You can also flag down a cab but it’s a bit more expensive. The drivers are helpful and know a lot of the usual tourist spots. You’ll probably even ride one of the Middle Eastern drivers who speak Filipino.

You’ll be surprised at how many of them actually know our language. We had an Indian driver when we hired a van who is fluent in Filipino so it was indeed very amusing during the entire ride. There was also another one from the Middle East whose video on YouTube became viral because he was so fluent in our language.

Transportation cost: ₱200+ (depending on mode of transport) You’re only here once in your life so why not truly immerse yourself in the local Middle Eastern cuisine? It’s utterly one of the most flavourful dishes around the world. Muslims are prohibited from eating pork so the Arabs venture into having different delectable meats for the palate. Expect to see a lot of lamb, mutton, goat, beef, veal or seafood on their menus.

Of course, the most well-known food originally from this side of the world is Shawarma. They usually use lamb or chicken that’s mixed with garlic sauce, pickles, fries, tomatoes and wrapped in Arabic Roti. It’s made more similar to a Kebab. 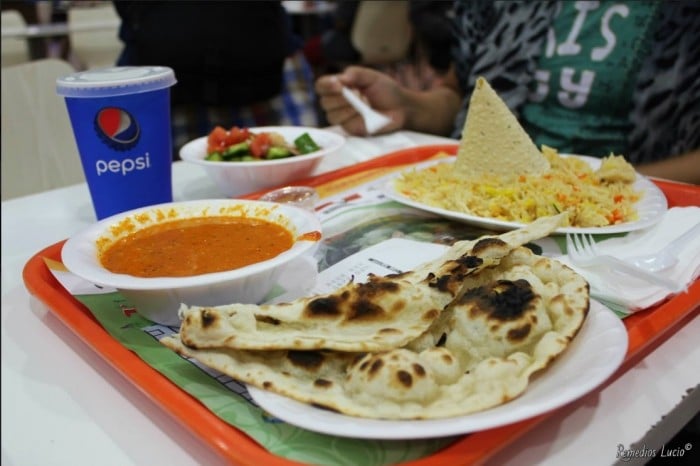 Don’t miss out on authentic Hummus that’s usually served with a Shawarma and Pita bread. The chickpeas dip is mixed with olive oil, lemon juice, tahini paste with a sprinkle of salt and garlic.

If you’re there during the Ramadan, try the exotic taste of Al Harees that’s made of meat and wheat. It’s cooked for hours, creating that smooth texture. You can enjoy it more if you add spices to it but eating it plain is also great because of the already rich taste of meat and wheat. 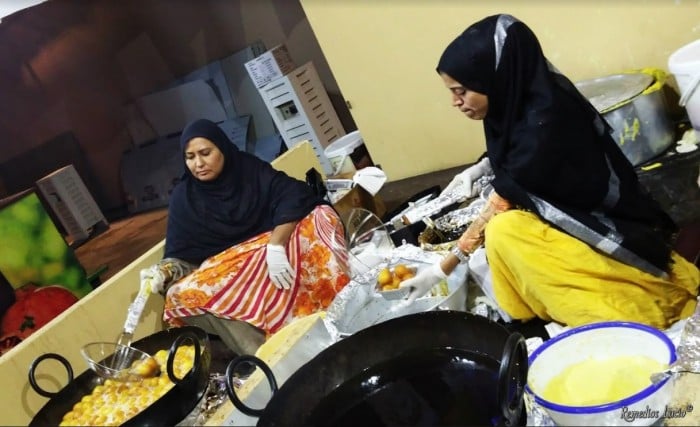 Another local traditional dish is Al Machboos that’s cooked with rice, vegetables, meat, onion, and dried lemon. It’s also added with spices and salt to taste. It’s one of the popular dishes around the country you shouldn’t miss.

They also love coffee or tea but with a twist as they add cardamom, saffron or mint to give a distinct taste to both. Their dates are really good for the sweet tooth with chocolate-covered flavours, particularly those from Bateel and Patchi. 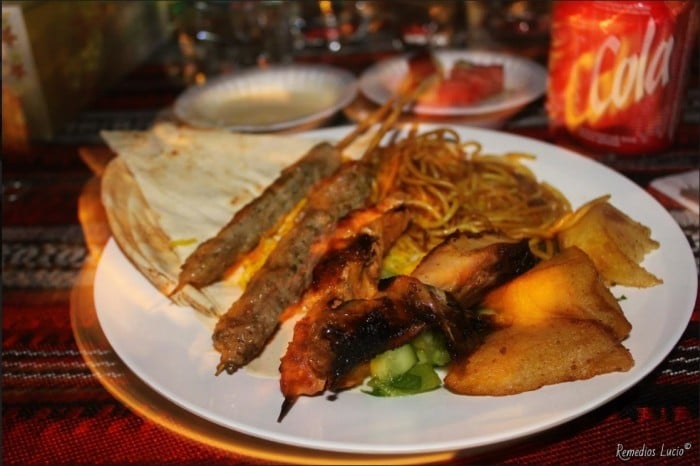 If you’re a bit queasy about trying the local cuisine, there are other international cuisines from other countries. Try dining at mall food courts to get the best of both worlds and cheaper finds. If you’re aiming for Middle Eastern food, visit Latitude, Sultan’s Lounge, Marakesh, Li Beirut, and Operation Falafel. If you prefer internationally known restaurants, try Jollibee, KFC, Paul Café, Five Guys Burgers and Fries, Shake Shack, Carluccio’s, and Le Pain Quotidien. 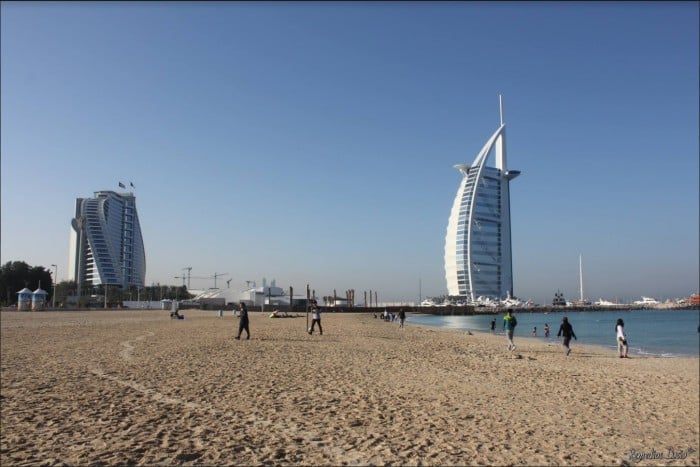 We stayed at our relative’s house during the entire duration of our vacation in UAE. If you don’t know anyone, you can always check in at the accommodations such as hotels, hostels or try booking through Airbnb or Couchsurfing. It would all depend on your budget.

If you’re willing to splurge, stay at the world-famous Burj Al Arab, Atlantis The Palm or Royal Mirage Dubai. There are also cheaper but great places to stay in that are strategically located in the busy city areas like the Holiday Inn Abu Dhabi or the Crowne Plaza Hotel.

The Jumeirah Walk area also has a lot of condominiums where locals and expats alike are offering accommodations via Airbnb or Couchsurfing. So if you’re a bit strap on the budget, you can check in one of these cosy abodes in a great location by the beach. Cheaper accommodations can be found as well in Deira and Bur Dubai.

Accommodation cost: From ₱3,000 up per night (depending on establishments)

There’s so much to do here and the list is endless. Like I mentioned earlier, there are five cities but most of the places we’ve been to were in Dubai and Abu Dhabi. Here’s an extensive rundown on where you should go around town to make your travel in the Middle East worthwhile. 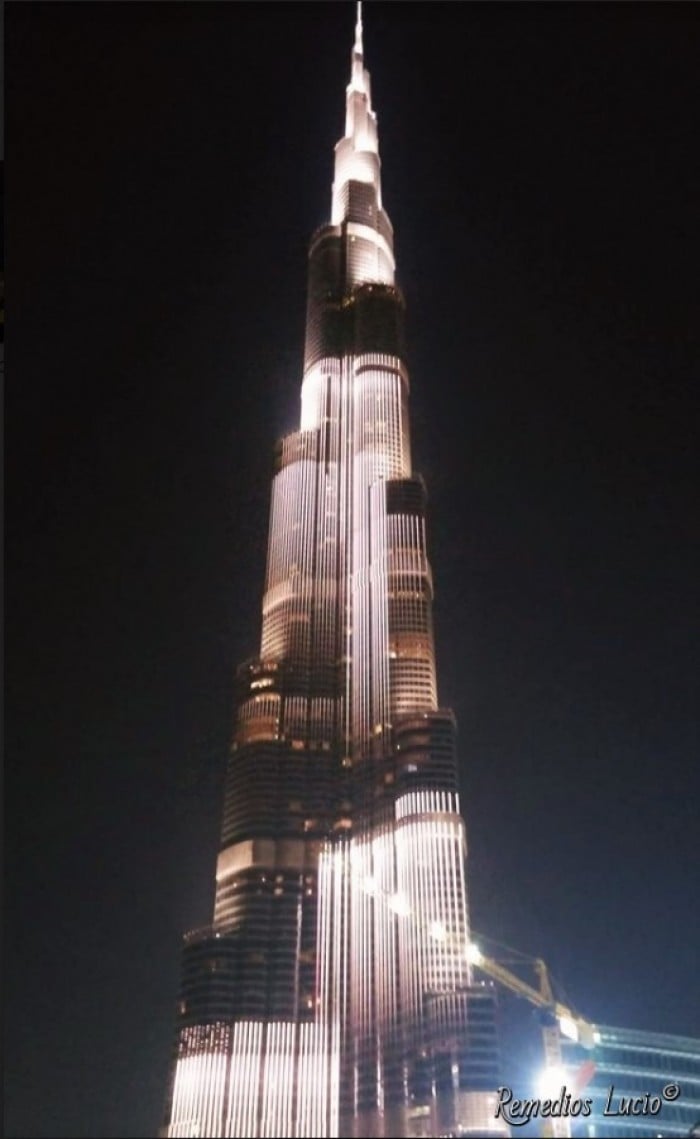 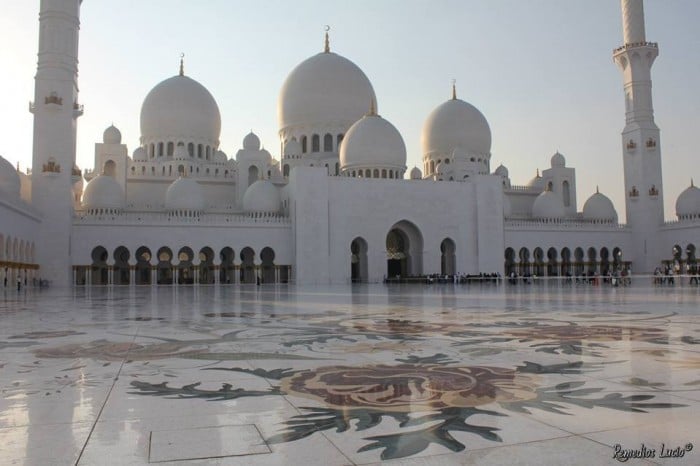 What to wear in UAE Take note that it’s a relatively more conservative country in terms of dressing. If you’re visiting, be sure to pack depending on where you’re going and what the season is (there are four seasons in UAE).

You can ideally wear anything but always remember to dress more appropriately when visiting the sacred places such as mosques. Wear long bottoms and shirts with sleeves. Scarves are always handy, whether for mosques or the weather.

You can wear swimsuits at the beach especially where expats live. Dubai is the most open city among the others, so here you can bare more while enjoying the beach and the views of the Persian Gulf. Boots are great for winter, though, it doesn’t really snow but it’s cold enough so you’ll need them to warm your feet. Wear coats as well with scarves for the desert night cold breeze.

If you plan to visit the entire UAE, a couple of weeks is needed, but if you’re visiting only a city or two, about two weeks is enough to see a lot of interesting historical and avant-garde attractions. You’ll definitely experience the enigmatic culture of the Middle East and learn a thing or two during your travel here.