Every Halloween, people scurry about the metro to purchase costumes they are going to wear for parties and other Halloween-related events which they will be attending. Costume-themed shindigs abound this time of the year since “trick or treating” isn’t that much of a thing over here.

Also read: 8 Ways to Spend a Hair-Rising Halloween in the Philippines

The origin of Halloween, according to The World Book Encyclopedia, can be traced to an “ancient pagan festival celebrated by Celtic people over 2,000 years ago”. It is believed that during this time, the dead could actually exist and be around the living. However, the Bible clearly teaches that the dead “are conscious of nothing at all” (Ecclesiastes 9:5). Thus, they cannot contact the living.

According to the book Halloween: An American Holiday, An American History, some of the Celts wore ghoulish costumes so that wandering spirits would mistake them for one of their own and leave them alone. Others offered sweets to the spirits to appease them. In medieval Europe, the Catholic clergy adopted local pagan customs and had their adherents go from house to house wearing costumes and requesting small gifts. The Bible, on the other hand, does not permit merging false religious practices with the worship of God (2 Corinthians 6:17).

Some people have clearly put a lot of thought on their costumes and makeup, while others just wear whatever they find just to attend the party. I may or may not have been guilty of doing this myself by cutting eye holes in my white bed linen a couple of years back.

Aside from parties, other folks celebrate this festivity by other various ways, such as ghost hunting, binge-watching horror TV shows or movies and sharing ghost stories with family and friends.

August is fine! September is keen but wake me up when it's Halloween! 👻💀🦇 … #halloweencostume #halloweenparty #halloweenideas #instagood #instaphoto #happyhalloween #halloweenmakeup #halloween2017 #halloweentime

When I was younger and growing up In the Philippines, there was one local television show which people excitedly anticipated to watch whenever Halloween comes along: the Halloween special of Magandang Gabi Bayan. It was famous for delivering hair-raising, real-life stories of ghosts, evil spirits, nature spirits or what we call locally as “Engkanto“. Because these stories seem incredible (and let’s face it, how many of us have seen ghosts or elementals anyway?), many of us feel doubtful of their existence. I, for one, was a sceptic having been born and raised in the city. Whenever I hear these kinds of stories, I just listen to them with interest, but I never really believed any of them. I question how truthful these stories are in my mind and I always end up dismissing them as just a result of people’s overstimulated imagination or merely exaggerations which they use to embellish their stories… until something happened that completely changed my thoughts about the whole thing.

Just this year, I went to Vietnam and stayed in Ho Chi Minh. This trip was done impulsively, and so I was not able to book a hotel in advance. The first thing I did upon arriving was to look for proper accommodations, and luckily, I ended up selecting one of the most beautiful and oldest hotels in Ho Chi Minh. This hotel is well known in the area, but due to the sensitivity of this story, I am choosing not to mention its name.

As soon as I stepped in, I was immediately impressed. The hotel still has traces of the olden French colonial times, but some parts like the doors are already modern. I arrived at 1am and the hotel was dimly lit. I was able to check in despite the time of my arrival. My room was spacious and lovely with a huge bed, a TV and a modern bathroom with a bathtub. After I took some photos of the room, I laid down on the bed and due to extreme exhaustion from the trip, I fell asleep in no time.

I suddenly woke up at around 2am due to the unmistakable sound of flowing water. My immediate thought at that time was that it was raining, so I simply dismissed it and went back to sleep. At 6am, I got up from bed excited to get the day started, took a shower and had my breakfast. While eating, I looked at the patio and admired the view of the plaza with a fountain in the middle. The waiter greeted me and we had a little talk. I told him that I plan to roam around the city and that I hope it wouldn’t rain just like it did at dawn. The waiter looked at me with a puzzled expression on his face. He said that it didn’t rain. I remember the sound of water when I woke up briefly earlier and thought that maybe it came from the fountain.

Come night time, after I spent the entire day strolling around the city of Ho Chi Minh, I went to my room, showered and changed into my pyjamas. Then I opened the balcony and saw the beautiful fountain and garden of the hotel. After a while, I closed the door of the balcony, turned on the TV and watched some shows. Around midnight, I suddenly heard the same sound of water that I heard before. It sounded like somebody was taking a shower. I laughed a little, thinking that the walls are too thin, that I could hear the sound of somebody showering from the next room. My room is connected to the next room, which is bigger than mine and is ideal for families.

The next day I asked the receptionist if I could be moved to another room. I also reported that I could hear the sound of shower from the room next to mine. What the receptionist told me gave me the creeps; there was no guest in the other room.

When I returned to my room, I went straight to the bathroom to check for some busted piping, to no avail. Everything was in order. There weren’t any broken pipes or leaks at all. I didn’t know what was going on, where was the sound of the running water coming from? It was unmistakable. It definitely sounded like somebody was taking a shower. I searched that bathroom thoroughly, but since there wasn’t anything I could see leaking water, I dismissed it and went about my day.

I came back to the hotel at night after another day of exploration and did my nightly routine of showering, changing my clothes, browsing my social media accounts and watching TV. At exactly 2.30am, I heard the sound of water again. I rose from the bed and tried my best to search for its source. To my horror, I realised that it was coming from my own bathroom. The hair on the back of my neck stood as I was shocked and paralysed with fear, but I mustered all my courage and opened the door of the bathroom to see what was going on. Nothing! There was no trace of water, not in the bathtub nor the sink. I got so scared I immediately ran out of the room and went straight to the reception area. I told the staff what I heard and begged him to move me to another room. Unfortunately, it was already late and the other rooms have already been reserved.

I didn’t want to go back to my room, so I stayed in the lobby and waited for morning by chatting with my family and friends on the Internet. I told them what had happened and despite what I heard and experienced, I still couldn’t believe that it was a ghost. However, I couldn’t dismiss the fact that I did hear something and I don’t know how to explain it. Why does it sound like somebody is taking a shower in my bathroom?

That night, before I went back to the hotel, I decided to have a beer to help me get to sleep faster. I wanted to be so sleepy that I wouldn’t have time to care about the “nightly shower” happening in my room. But when I got to my room, as soon as laid on the bed, the sound of water came on again. Like a fool, I talked aloud, telling whatever entity in the room to let me go to sleep and to please stop showering. The sound continued. I called up the bellhop and the receptionist but by this time, the showering sound has stopped, and when they came to the room to inspect, just like a bad horror movie, of course, they didn’t hear anything. I went down to the lobby with them and told them that I couldn’t stay in the room with the mysterious ghost sound bothering me.

I stayed in the lobby and kept my mind at ease by talking with my friends and family again. When I took a selfie and sent it to them, they told me that there was a figure of a man on the photo. I looked at it and saw what seemed to be a man from the olden era, as if from the 1800s. 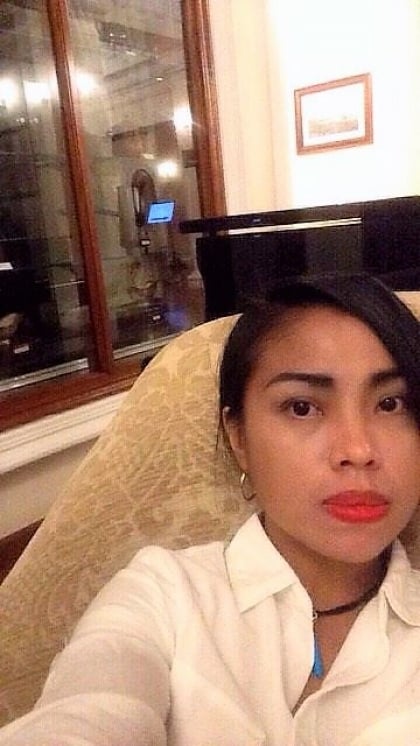 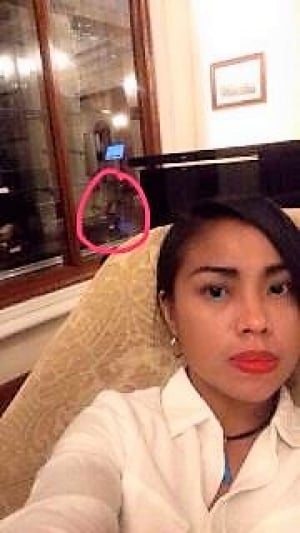 I checked out of the hotel without receiving any clear explanation of what had happened. But because of this experience, I can no longer stay in an old hotel alone. I’d rather stay in a hostel and share a room with other people than to be alone in a room again.

What about you? Have you ever had a similar experience while on vacation? Is there anyone who could prove or explain such goings-on in old structures? What is the real story behind these mysteries? And most importantly, why the heck was that ghost taking a shower? 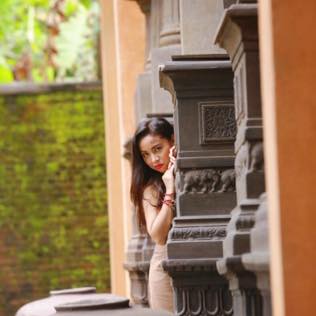 Mary Jane Villamater, who is known to her friends as “Pancake”, is an entrepreneur and seasoned traveller, She loves to know the history behind the places she visits and learning about different cultures. She believes that despite our differences, we are all similar and interconnected. Check out her travel blog, TravelHistoryCulture.