With its cherry-coloured beach like the Bahamas’, a cuisine as diverse as Malaysian’s and Indonesian’s, the undying devotion to our lady of the Pillar inherited from Spain, and a language that is almost Mexican — Zamboanga City is truly a melting pot of cultures. It is a diversified city where different religions, particularly Muslims and Christians, coexist, various ethnic tribes live harmoniously, and people have adapted cuisines from a number of Asian countries.

Zamboanga may not be on a traveller’s top destinations list for various factors, but the cultural makeup of this ciudad preciosa make it one of the most unique and diversified cities of the Philippines. It truly is worthy of your visit, and let me tell you why.

Zamboanga has the most pristine pink sand beach, the Great Sta. Cruz Island A touch of pink

Beach lovers, who have gone tired of the white sand beaches of the Visayan Islands or the mocha-coloured sands in Luzon, will love the cherry-coloured sands of the Great Sta. Cruz Island. It is accessible by pump boat that can accommodate 10-12 persons for the price of ₱1,000 roundtrip. 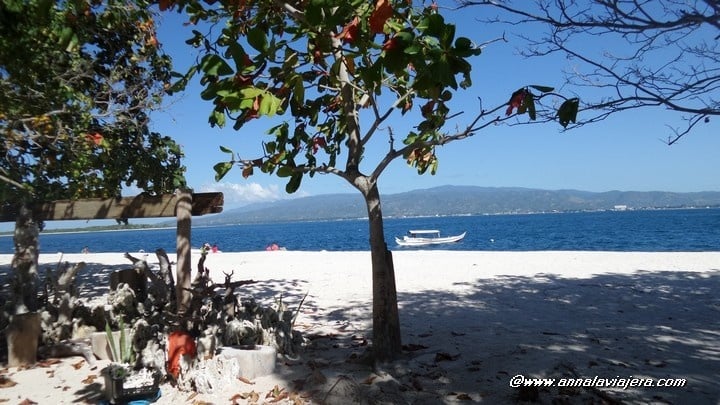 The berthing point is at the famous Paseo del Mar, a well-known facade by the sea. Boats start leaving as early as 6:00 AM. There are no tiendesitas or food stalls in the beach except for some seafood that soldiers guarding the area can grill for the visitors. Prices may vary from ₱150-300 per order, depending upon the size and type of the fish. Rice is not included though. Nevertheless, for any changes in schedule due to holidays or special events, it is advisable to reserve the trip at the city tourism office seated alongside the front facade of the said beach park.

For queries about places to visit in Zamboanga, please contact:

Its local dishes are truly exotic 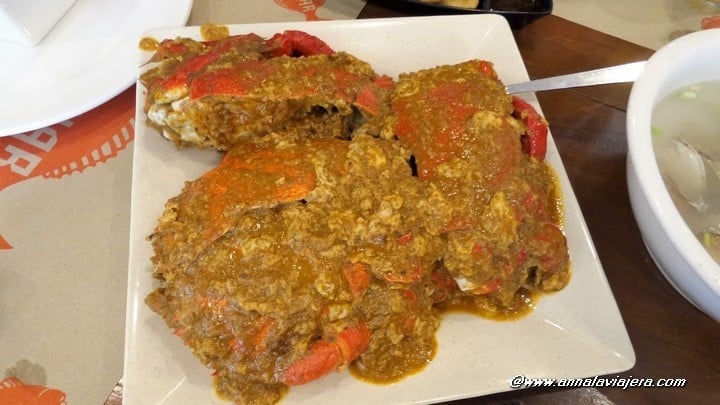 For foodies out there, try Zamboanga‘s famous Curacha, a local name for red frog crabs best eaten with the famous Alavar sauce. Alavar’s restaurant has earned the reputation of serving the best Curacha in town located at Tetuan, a jeep away from the city centre.

Other option is to pass along the Pasonanca road where a myriad of good restaurants are lined up. You may also take a stroll at Paseo del mar at sunset and enjoy delectable seafood meals with live bands from its various restaurants such a Mano-Mano and Kape Zambo, among others. After a great dinner, try the Knicker Bocker, a healthy dessert made famous by Palmeras’ restaurant.

To know some more unique Zamboangueno cuisines, check out my blog post.

You can simply do your own historical walking tour 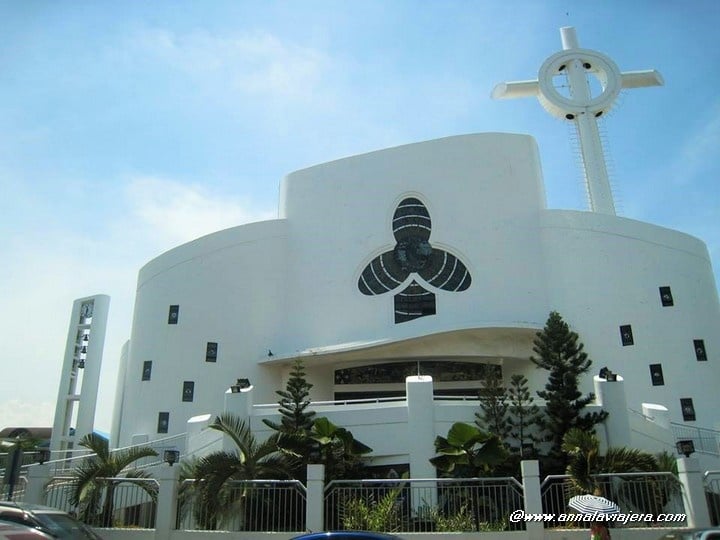 With 546 square miles land area, walking around downtown Zamboanga to catch sight of its famous attractions is a cherry pie for historic sightseers. The best way to start exploring Zamboanga is at the heart of the city — Plaza Pershing, a historical landmark named after American general John “Blackjack” Pershing. To its south is the mall centre from Southway mall to Mind Pro. Walk further until you get a glimpse of the whitewashed, candle-like design of the Zamboanga Cathedral or formally called as the Metropolitan cathedral of Immaculate Conception, where the Archdiocese seat is found. Close to the cathedral is the Ateneo De Zamboanga University. 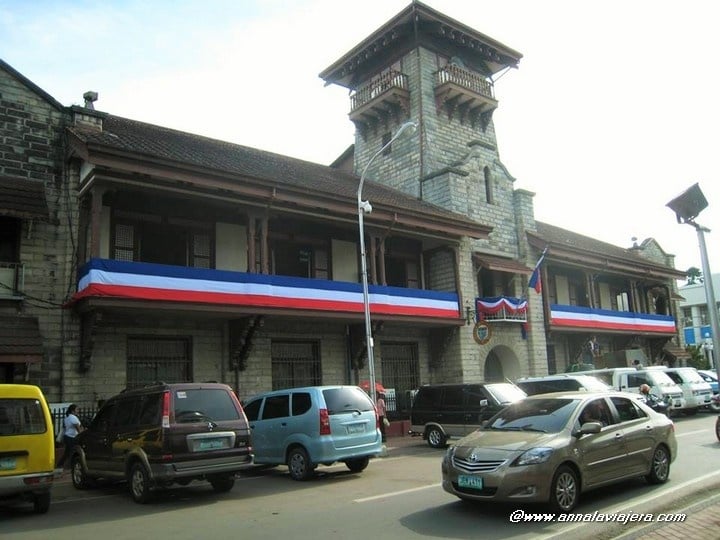 Next to Plaza Pershing is the Universidad de Zamboanga. And facing it is the small Rizal park which is in front of the iconic Zamboanga City Hall, a Hispanic building constructed in 1905.

Continue walking along the N.S. Valderosa Street (Calle Espana), the best-preserved street which is aligned with palm trees and surrounded by Spanish and American fashioned architectural structures. Keep going until you reach Paseo del Mar, a regular place for family and friends. 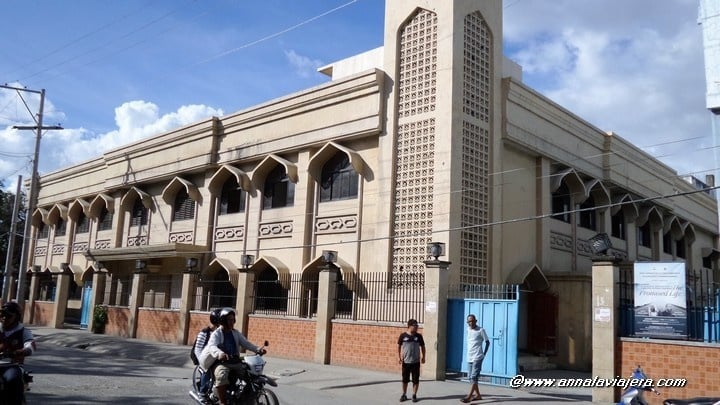 Adjacent to Paseo is the Fort Pilar, built by the Spaniards in 1635 as the Real Fuerza de San Jose to ward off sea attacks from the moro warriors. On its left is a plaza aligned with souvenir shops. Alongside is the Sta. Barbara Mosque, one of the biggest mosques in Zamboanga. Sometimes, the chants of the Muslim prayers from the mosque and the singing of Catholic mass songs are overheard simultaneously at this spot during the day.

You’ll have an amazing excursion to Muslim villages

For those curious about Islam, experience a different side of Zamboanga with an excursion to the Muslim villages. 30% of the city’s population are Muslims, 60% Catholic, and the 10% are composed of Buddhists, Protestants and other Christians.

Muslims have several tribes and one of them is the Yakan, who are recognised for their unique weaving skills. Ride a jeep going to the Yakan Village and get wind of the intricacy and rarity of the weaving designs that only these Yakans can fabricate. The end products of this mastery are bags, shawls, handbags, clothes, and many more. Their weaving style and techniques are comparable to the rebozos of Mexicans from Tenancingo, State of Mexico.  It is believed that this art was brought by this Muslim tribe to Mexico during the galleon trade. Walking distance from this village is a ton of houses built along the shore inhabited by another Muslim tribe called the Badjaos, the sea-gypsies. For a hunt of a beautiful Mosque, head 19 kms east from the city centre and marvel at the historical village of Taluksangay, where the oldest mosque in western Mindanao is constructed. At the end of the trip, never fail to pass by the Canelar barter trade centre to grab souvenirs which are sold cheaper than in any other shops.

The cool and green environment will mesmerise you Nature lovers can take a leisurely stroll at Pasonanca Park, dubbed as the little Baguio of Zamboanga due to its cool climate. This greenly park is the oldest and biggest park in the region, built in 1912 when Gen. John Pershing was then the governor of the Moro province. This green site boasts campsites, an amphitheater and convention centre, and some picnic areas. It also houses the known Pasonanca Tree House which was constructed originally to be the “Youth Citizenship Training Center” in April 1960. One of the added facilities in the said park is the La Jardin de Maria Clara Lobregat and Butterfly Park.

So when is the BEST time to visit?

The best time to visit Zamboanga City is throughout the month of October where the Hermosa Festival is celebrated, one of the oldest festivals in the country held in honour of our Nuestra Senora del Pilar  (miraculous Our lady of the Pilar), the patroness of the city as well as of Zaragoza, Spain.

The feast of Our lady of the Pilar falls every October 12. Numerous activities are held during this month-long festival including the Regatta De Zamboanga, where the famous colourful Vintas of Zamboanga are racing to bag the title, street dance competition, Miss Zamboanga and many other special contests.

Aside from this cheeriest month, February 26 is also special for Zamboanguenos as it marks the Dia de Zamboanga (Day of Zamboanga), the day when the city was declared as a chartered city under the Commonwealth government  in 1937.

Once called as  the City of Flowers, recently as the Sardines Capital of the Philippines or consistently as the Asia’s Latin City, Zamboanga City may have changing titles but its true enticing beauty will never change despite the plight and predicament it had experienced. With the government efforts and Zamboanguenos’ support, Zamboanga City is now fighting back to maintain the peace and progress it deserves.