From CEO to Courier? Here’s Why AirAsia’s Executive Was Seen Delivering Food in Malaysia

Companies, big and small, have been turning to all sorts of antics and solutions to cope with the pandemic. Among those most affected, some chose to let go of their employees, some closed branches, and those who weren’t as lucky as the others ended up completely shutting down, forcing their owners to try something new.

Seeing renowned AirAsia executive, Tony Fernandes, dressed in a baggy white shirt instead of a sleek suit, with a helmet in his hand while posing next to a motorbike, you’d think this was exactly what happened to him. But that’s not the case.

In his official Instagram account, Fernandes posted a couple of photos showing him in a street in Malaysia. A bright red package attached to the motorbike likewise carried the new AirAsia logo along with the words “TRY ME” on one side. “Getting ready to make food deliveries to your house,” the caption said.

As it turns out, this is part of AirAsia’s new campaign to promote its latest service — AirAsia Food, the company’s food delivery business. Accessible via the airasia.com Asean super app offers a “seamless, fuss-free and affordable solution for customers and restaurateurs,” according to AirAsia Food Head, Sabrina Khaw. 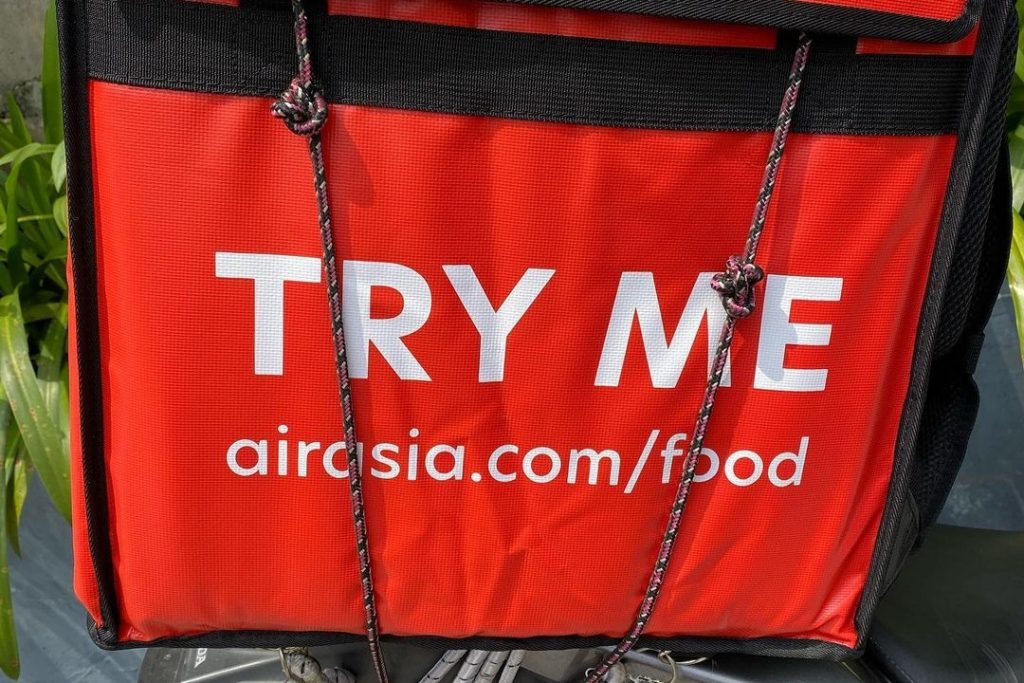 “Setting up airasia food was a natural progression for us, as we had the right logistics infrastructure and ecosystem ready to support this,” she added. “Furthermore, airasia food creates opportunities for many of the affected crew from our airline business to be Teleporters (Teleport delivery partners), helping them generate supplementary income in the midst of the travel downtime.”

Also read: What Local Airlines Want You to Know Amid the Pandemic

So, will Fernandes actually deliver food to customers?

This month, AirAsia announced that more than 200 of its current and former employees (or Allstars, as they call them) have already signed up to be part of its team of teleporters or delivery crew. And in case you’re wondering, yes, the AirAsia CEO will actually be joining them, but only during the duration of their soon-to-launch Christmas campaign.

“He is in the process of obtaining his B2 motorbike license and will be making surprise food deliveries in person next month,” Khaw also shared. “Who knows, you might be the lucky customer to receive your food delivery by Tony.” Launched in May 2020, AirAsia Food is currently only available to customers in Malaysia. However, the service will expand to the rest of the ASEAN region in the future.