How to Loan on DiskarTech According to This Hilarious Commercial

In case you missed it, there’s a proudly Pinoy-made super app that lets you pay bills, send money, and buy load all at once. And it might surprise you that it’s not one of those you’re always hearing about or using personally.

DiskarTech (from the words diskarte and technology, obviously), is the first inclusion app in the Philippines that works as an all-in-one digital solution for your financial needs. It mostly takes pride in being the first Taglish app, hence catering to more Filipinos nationwide!

But that’s not all. Among DiskarTech’s newest services is allowing users of the app to apply for loans. And to help them truly appreciate this feature, Diskartech released a commercial that doesn’t simply educate on how to do it, but entertain viewers the good ol’ Pinoy way!

Also read: Digital Banks in the Philippines That You Can Open Virtually

Easy way to loan via DiskarTech 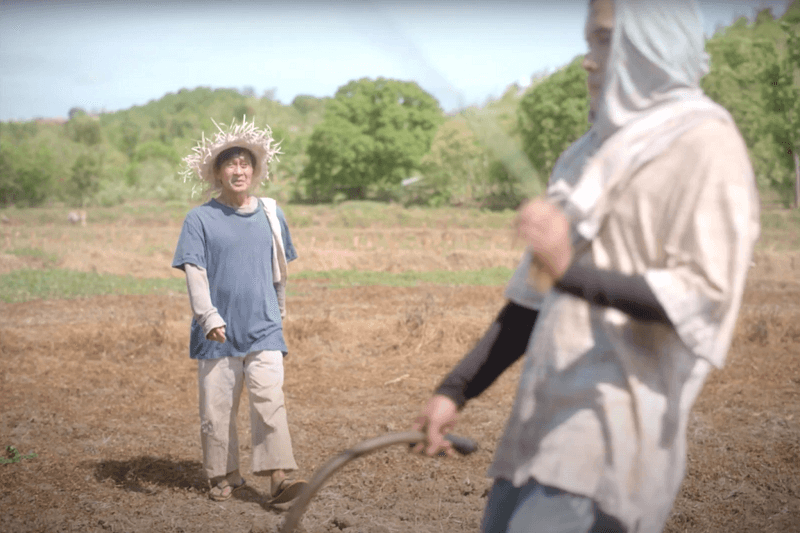 In line with it wanting to be more accessible to everyone, not just younger generations or those living in cities, DiskarTech’s commercial features a couple of farmers. While at work, one of them brings up wanting to buy himself a carabao. However, the other countered the idea by suggesting to purchase a tricycle instead.

Hesitant at first, the first farmer asked to borrow money from his friend. But both were instead surprised with the appearance of a DiskarTech agent, who came from no less than his carabao’s “private parts.” The agent tells the hardworking men that they may use the app’s loan feature.

It is as weird as it is inventive as far as Filipino commercials go, and may even remind you of RC Cola’s bizarre award-winning ad in 2020. That’s because both are produced by local ad agency Gigil; its second agency, Katok, was specifically responsible for DiskarTech’s commercial.

With the assistance of the DiskarTech agent in the hilarious commercial, the two farmers celebrate upon finding out that applying for a loan on DiskarTech is indeed possible. In fact, these are the different types of loan available: 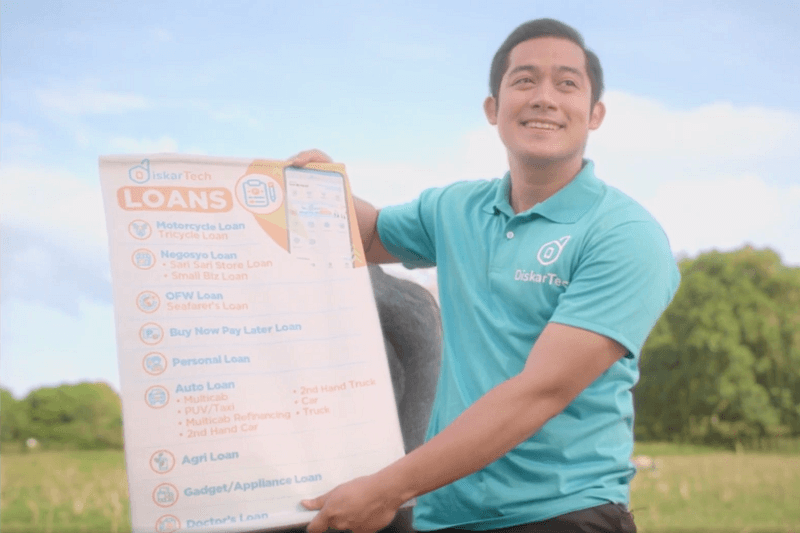 Also read: How You Can Pay Your PSBank Loans Via ECPay and 7-Eleven

To apply for a loan on DiskarTech, download the app from either Apple Store or Google Play. You’ll only need a valid ID. No initial deposit and maintaining balance required! The loans are all available via DiskarTech’s in-app marketplace for loans, the first by a bank in the Philippines.

DiskarTech is powered by the Rizal Commercial Banking Corporation, or RCBC, and regulated by the Bangko Sentral ng Pilipinas. It also takes pride in its annual interest rate of 3.25%, selling telemedicine products, and the fact that it’s available in Cebuano version and other dialects.