Europe in over a week? I must be out of my mind. I should’ve chosen one country and explored it in depth, but I didn’t. I guess I’m stubborn like that. It was my first time doing a Euro trip last October 2015. I wanted to get a taste of the different countries. I only have eight days and I wanted to maximise the time. That’s why I did this: Backpacking Europe starting from Amsterdam. Five countries in eight days, backpacker mode, and fast-paced, but I didn’t feel in a hurry or stressed. It turned out to be an amazing trip. I planned it out by making Amsterdam, Venice, and Paris my must-visit cities. I worked my itinerary around those cities and squeezed in Munich and Interlaken.

Jason’s hot tip: Use rome2rio.com in planning your route. Amsterdam is not just about sex and drugs, but I’m fascinated with the legality of it. You can smell weed everywhere. It’s a very strong scent. Even a newbie can recognise the stench. You can try it if you want to. Go to the “coffee shops” and ask them for a joint or two. Mention that it’s your first time. You know, for beginner’s dosage. In the morning, just walk around the city and you will never get bored. There’s so much to see – canals, shops, museums, parks, etc. In the evening, head to the Red Light District. There’s sex shops, sex museums, sex shows, and prostitutes offering their services. There’s a sex palace peep show where you can insert €2 coin for a 2-minute peep show. It can be a lady seductively dancing, or a couple doing a deed. If you want to extend the night, watch a live show. You can drink beers and other alcoholic beverages while you watch. It’s actually not enticing. It’s kind of a comical sexy show with various performers doing different acts: “funny” sex positions, men and women doing “strange” things with their body parts for the purpose of entertainment. Jason’s note: I am not promoting the use of drugs and selling of sexual service. I’m just saying it’s legal and common in Amsterdam. The architecture in Amsterdam is wonderful. Houses and buildings are unique. They say that the taller your house is, the richer or more powerful you are. The best way to take in the views, canals and streets is to do what the locals do, you ride a bike. Amsterdam is a bike city. There are a gazillion cyclers. So, hop on a bicycle and pedal away. If I were to describe or define Amsterdam in one word, it’s FREEDOM. You get that feeling that you can do anything you want in this world. It’s a city with open-minded folks. Everyone has their own “business”. It’s just pure fun. Start the day at Marienplatz, the heart of Munich. It’s the central square where you can watch a show of automated mechanical figures placed at the carillon by 11am. Then use the elevator to the top of the town hall to get a panoramic view of the city. Have your lunch at Viktualienmarkt, an open air market with a lot of food stalls. You can smell the smokin’ sausages and you’d be drooling in no time, must-eat is currywurst with a pretzel. In the afternoon, you can choose to visit museums or stroll along a park. Oktoberfest would have been fun but I missed it, but they say it is celebrated everyday in Hofbrauhaus. I opted to go straight there until late afternoon. It’s a beer garden where Germans play their musical instruments live and waitresses serve you in their traditional costume. There are thousands of visitors enjoying that kind of atmosphere. Don’t be shy and grab a pint of beer! To cap off the night, go back at Marienplatz for a snapshot. Venice is a floating city. Just walk your way around and be fascinated by its grandeur. A cool way to get back to the central station is to ride the water buses (public ferry). I prefer this over the gondola ride. The gondolas are too expensive at €80 for a 40-minute ride compared to the public ferry which is €7 for a ticket. The water buses sail through the same route anyways. Plus, you could experience the local way of commuting. Ain’t that cool? Must-eats are pizza, pasta, and gelato. The view of Venice plus authentic Italian food equals perfection. WOW. Jason’s hot tip: It’s more practical to ride a plane to Switzerland. Just take a bus ride to the airport. The only activity I did here was to fly over Interlaken via hang gliding. One of the best life experiences one must do. With the back drop of the Swiss Alps and the top view of the town, one can never go wrong. Even though the price is over €200, it’s totally worth it! You can also do a hike or go to Jungfrau, the top of Europe. I opted to relax and just walk around. It’s a very laid back town with stunning views of the mountains. Some people say Paris is the most romantic city in the world. Eh? I beg to disagree. Quite frankly, I’m disappointed with Paris. It’s more chaotic and dirtier than London and Italy in my opinion. Chaotic in the sense that it’s just another busy city, the complete opposite of Interlaken. It didn’t feel safe in some areas. Nonetheless, Paris should be included in your bucket list. The Eiffel tower is spectacular, especially in the evening. The structure is an engineering feat and a masterpiece of art at the same time. It sparkles at night. You can watch it all night long and feel overwhelmed. You can finally say: “Yes, I’m living the Asian dream.” Jason’s hot tip: Take a bike tour at night and ride the boat along the creek near the Eiffel tower. Eat some crepe while you’re at it. And now we’re back to Amsterdam for the flight back home. Do your last minute window-shopping and sight-seeing to end your Euro trip (cue in: tears of sadness). You can go home from Paris but a round trip ticket is cheaper than a couple of one-way tickets.

To sum it up, the sweetest ones are Amsterdam (Netherlands), Venice (Italy), and Interlaken (Switzerland). I would definitely go back to explore more cities in these countries. 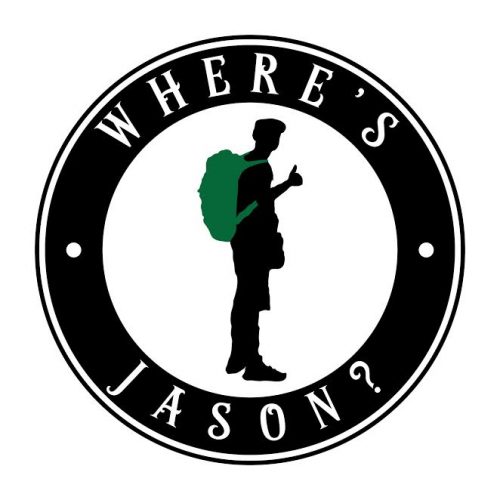 Jason Gotuato writes technical reports during the day and travel stories at night - an engineer by profession and a traveller by heart. He has done a lot of crazy stuff from diving between the North American and Eurasian plates to jumping out of a plane. He’s on a quest to conquer this world and bring out the adventurer in all of us. Take a peek of his adventures and find him at Where's Jason.

Previous ArticleI Visited a Floating Market in Thailand & Here are My Tips for Filipino First-Timers
Next ArticleCaptivating Capiz: Roxas City & Panay Municipality in a Day