During my recent trip to Boracay, I overheard some residents talking passionately about the executive order (EO No. 10) mandating their home to use baybayin for their signages. There were mixed opinions about its passing. Some thought it was a nationalistic approach for the world-famous island that is currently swarming with signages in foreign languages. Meanwhile, others felt that this was only going to confuse Filipinos and foreigners alike, as baybayin is now considered an ancient script.

With this encounter, I thought it would be interesting to life some common signages in the Philippines and translate them into baybayin. Scroll through some of the photos and let us know what you think!

One of the most famous (or infamous) signages in the Philippines is the sign against jay-walking: “Bawal tumawid. May namatay na dito.” This signage started out as “Bawal tumawid. Nakamamatay.” However, Filipinos continued to go against the law ordinance; hence, the  Metropolitan Manila Development Authority (MMDA) furthered the warning.

If the signages were in baybayin, would less Filipinos jaywalk? What do you think?

A Filipino favourite, this food chain may be popular enough not to need a name. Seeing that red and yellow bee may already be enough for you to salivate over chicken joy. Would foreigners know the difference? What do you think?

Travellers, you know the struggle of rushing to be on time for your flight and getting lost in the wrong terminals. But if you can navigate through foreign airports, do you think this will be much of an issue? Or would you rather have our signs in English, still? 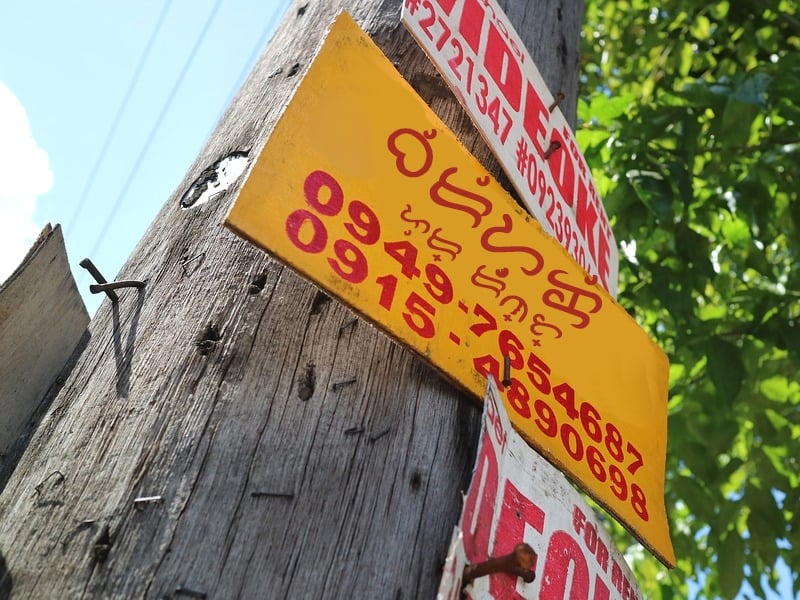 Does this signage read “videoke for rent” or “tubero for hire”? I guess you’ll never know until you call them up. Might be a bit too misleading, don’t you think?

If you saw this sign in front of a motel, what would you assume it reads? Share your guesses with us. “Bawal magtapon ng basura dito” probably wouldn’t be one of them.

Also read: 27 Travel Habits You Probably Need To Get Rid Of

Now that you have had a glimpse into some baybayin signages, do you think that the executive order was a good idea? Let us know!

Previous ArticleWhy You Should Go On A Travel Detox At Least Once
Next ArticleSustainable Tourism in the Philippines: 5 Easy Ways Travellers Can Help!