I had just gotten out of a relationship when I decided to become a full-time beach bum. You can call it a classic, if you’re kind. You might also dub it a cliché, and that’s fine too. I myself have heard this story several times. Countless books and films feature a protagonist on his or her way to the beach to cure a broken heart. I’m a bit of a cynic, so I never believed in any of these stories until I had one to call my own.

After weeks of tears and excuses to never leave my bed, I found myself craving to live my life again. Knowing myself, I understood exactly what I needed to get out of my break-up funk – the sea.

This was how I ended up on a six-hour bus to Baler on my own, with a small orange luggage full of random clothes I grabbed from my closet without even looking. I planned to stay in Baler for a month. I had a mission – to learn how to surf. What I didn’t expect was that I was in to learn a lot more. 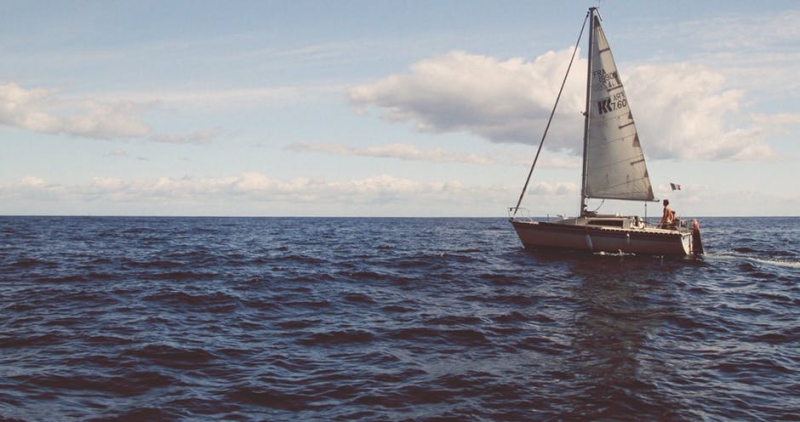 Everything has its own time

Before learning to surf, I had the idea that waves were consistent. That you could surf anytime you wanted, as long as there was a beach. Turns out, the ocean has a mind of its own.

Throughout the day, waves change and the water rises and falls at different heights. As the sun and the moon tug against each other, oceans bulge, and tides transition from high to low.

Some months, the ocean is calmer and the waves are smaller. In the surf world, these months are infamously known as the “flat spell.” Sometimes, you just can’t surf with the condition of the ocean and there’s nothing you can do about it. This is just how nature rolls – the world goes ‘round, the moon has different phases, and the sun sets. What keeps us going? It’s remembering that peak surf seasons will always return, that the moon will soon come out of its hiding, and that the sun will rise again the next morning.

Waiting is a crucial part of the process 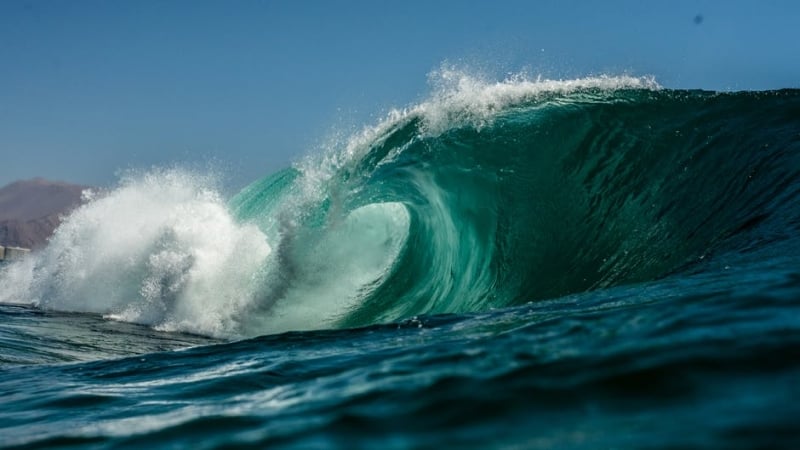 While the flat spell makes the ocean seem useless for some surfing enthusiasts, others find these months crucial for conditioning. Many surfers make use of this time to work out their bodies for when the waves return. Fisherfolks take advantage of these months to catch more fish by the beach. Waiting doesn’t mean you have to passively let life go on. Rather, it means you have time to grow, to train yourself for when the next season comes back.

Tread at your own pace

Being a competitive person, this is a lesson I have to keep reminding myself to this day. Paddling fast doesn’t mean paddling strong. When trying to catch a wave, focus on the depths more than the speed of your paddles. This principle can apply pretty much everywhere. Dreaming of a healthier body? Saving up for a big trip? Waiting on a promotion? Wanting to get over a heartbreak? When trying to achieve a goal, I learned to focus on strong consistency, instead of fast results.

On life and love 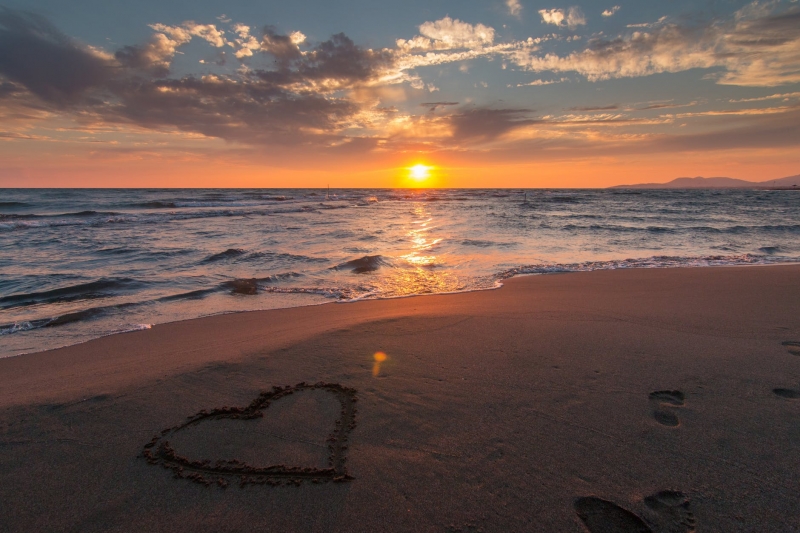 Shallow waters won’t teach you how to swim

But it’s a good start to boost your confidence. In the same way, you can watch as many surfing videos as you can, but you won’t become a better surfer without getting in the water. If you have a dream, make it into a reality by taking concrete actions. Stop stalking your ex on social media, go to the gym, or read one chapter of that book you promised to finish. Start today. Continue tomorrow. Do it again the next day.

There’s a room at the table for everyone 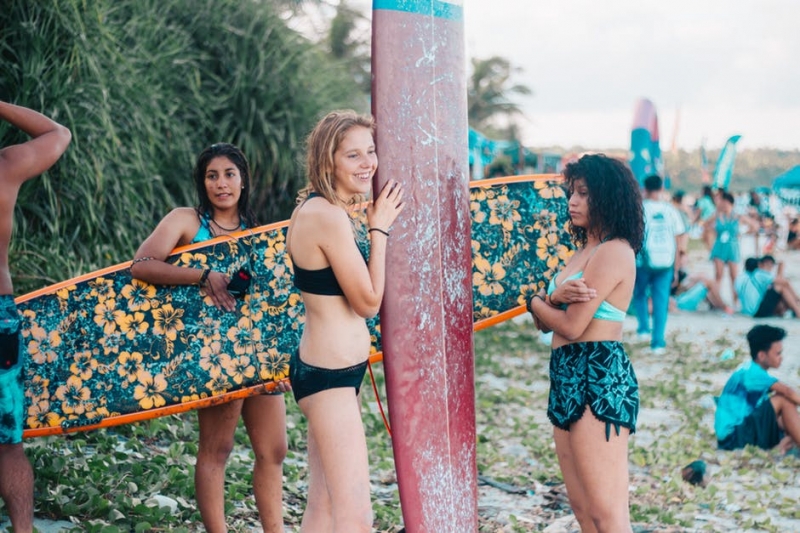 Falling in love has its risks. I became vulnerable, and I had a harder time feeling secure and safe with myself once I was faced with life alone again. But, I realised that no one does me better than I do. I may not be the best surfer in the line-up. My stance may be terrible, and my wipeouts may be embarrassing. It gets tempting to compare myself to others around me, but whenever I get back into the water, I remember that life isn’t about being the most graceful wahine out there. It’s about sharing the stoke.

Trash we toss is not trash we lost

Almost all surfers could attest that they’ve surfed alongside trash. Our garbage will find a way back to us. Just because we throw them out of our sight, doesn’t mean they’re gone. Like all our other problems in life, we have to face our trash with a solution. Whether the solution is as life-changing as going vegan, or as simple as saying no to a straw, every step matters for as long as it’s part of our long-term progress.

Movement is essential; laziness is unacceptable 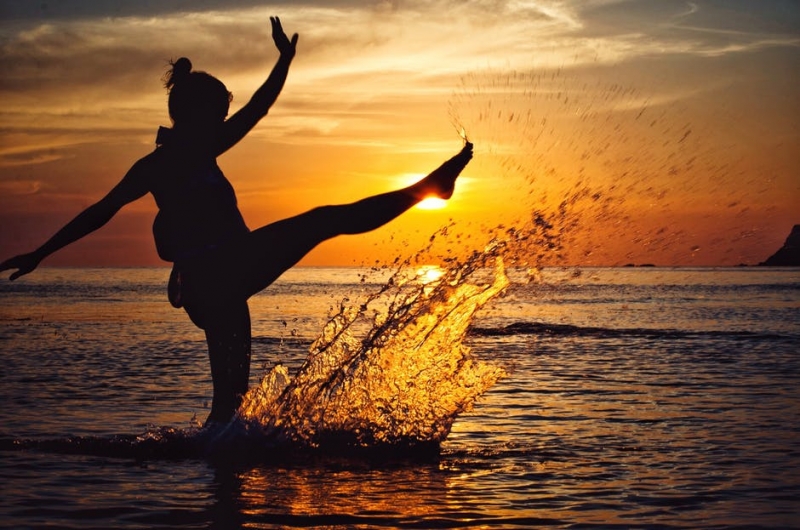 Among my friends in Baler, being called lazy feels like the worst insult ever. Before escaping the city life, it was easy for me to mask my laziness with looking busy. All it took for me to feel responsible was to avoid boredom, and that meant scrolling through all my social media feeds when I had the spare time. Refreshing my email multiple times made me feel more productive than actually doing something productive like cleaning the house or washing the dishes.

When I got in the habit of exercising every day, I found myself spending less time on my phone and more time on my feet. Then, I realised that working out is as important for my physical health as it is my mental health. I’ve become lighter, literally and figuratively, as I shredded excess weight and baggage from my body, my mind, and my heart.

Happiness comes in all forms

One flat day, I decided to stay at the beach and people-watch. The waves broke too close to the shore for me to surf in, but I was happy to watch a little kid enjoying his old and finless surfboard as his dad pushed him whenever small waves arrived. He had a toothy smile on throughout his session, and he rode the waves even when his shorts fell off.

His happiness was in the form of waves that were too small for me, and I was reminded that people live life from different perspectives. It was then when I thought that maybe what matters most in life is that we do what we can to keep ourselves full and breathing, through flat spells, life problems, and broken hearts.

Previous ArticleThis New Hotel in Pasay is the Epitome of Chic Bayside Living
Next ArticleThe Sound of Salzburg: Everything You Should Know About This City