It’s truly heartwarming to see Filipino creatives abroad finally getting their big break… but even more so when it’s a chance to tell their personal stories. Such is the case with Blush on Apple TV+, an animated short film directed by Joe Mateo, a Filipino veteran animator and storyboard artist based in the United States.

This 15-minute flick is his writer-directorial debut that draws inspiration from his own life. He first came up with it while grappling with the loss of his wife, Mary Ann — who passed away in 2017 due to breast cancer. Another source of his inspiration is their experience of moving together to a foreign land.

What’s the story of Blush on Apple TV+? 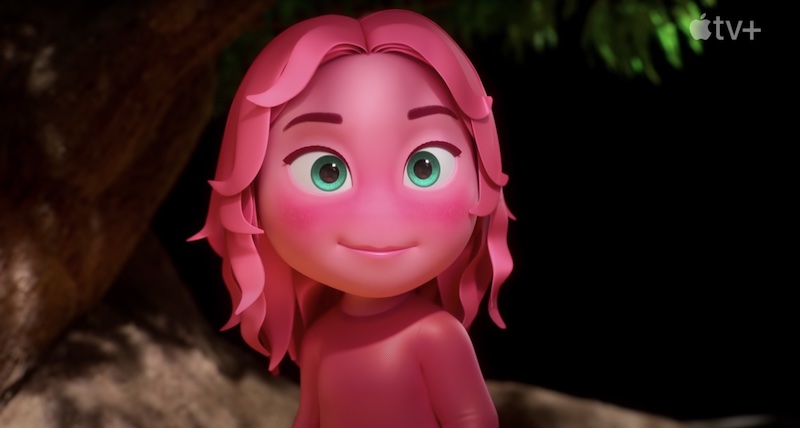 For Mateo, the film is not just about hope and healing, but also about finding strength in love. Blush centres on a horticulturist-astronaut who struggles to survive after getting stranded on a deserted dwarf planet. He then runs into a bright pink extraterrestrial, with whom he falls in love and eventually builds a life.

“We started with this planet that looks barren and boring. When the astronaut lands, there’s nothing there and he has a very limited supply of oxygen. When this visitor shows up, the music starts and we see this planet transform with colour and vibrancy,” Mateo explained in an interview with Variety. 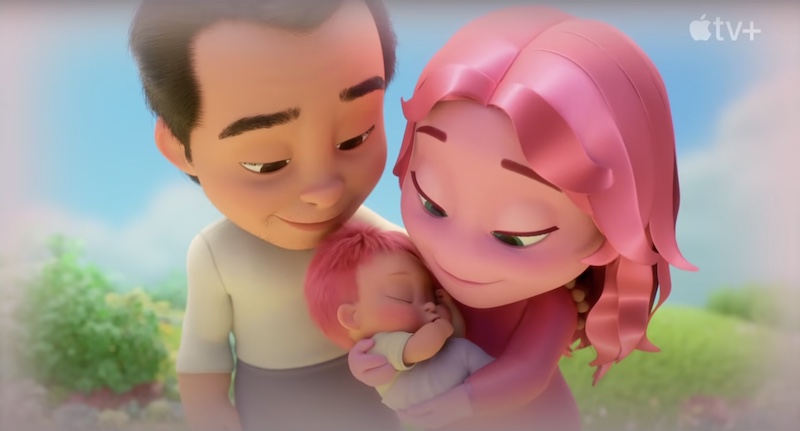 Upon watching the trailer, we’re already getting the same tear-inducing vibes as the first five minutes of Disney’s Up. Watch it here to find out exactly what we mean.

What’s the concept behind this short film by Joe Mateo? 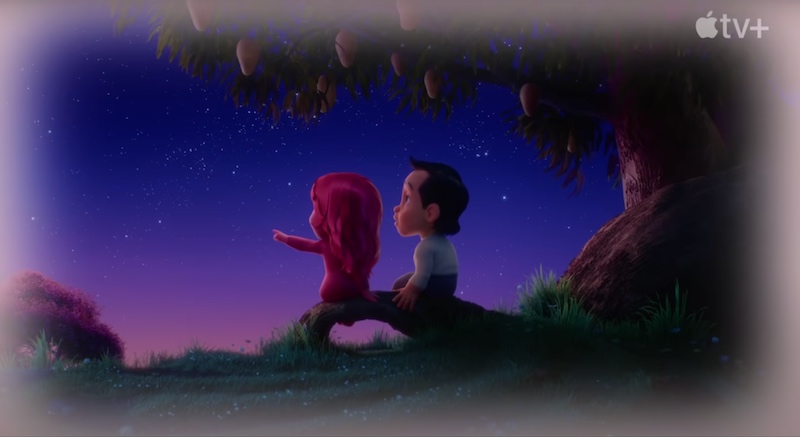 Of course, Blush on Apple TV+ comes with a lot of Filipino elements in the overall look and design. For starters, the mango tree (pictured above) is intentional because it’s actually the favourite fruit of Mateo’s wife! “It’s [also] a symbol for growth and life in the movie,” said animation supervisor, Yuriko Senoo.

There is also a subtle difference in how these two main characters moved. While the horticulturist-astronaut is quite the introvert, the extraterrestrial visitor was all bright and energetic. She also happens to blush a lot, which is a trait borrowed from Mateo’s wife.

In an interview with TFC, Manila-raised Mateo shared the story of how he and his wife met at the University of Santo Tomas. “Our first week of college… I just heard this laughter that’s filling up the room. I said ‘Hi!’ and as I introduced myself, she turned [and then] blushed,” he said. Years later, the couple moved to the U.S. to pursue the all-too-elusive Filipino American dream. 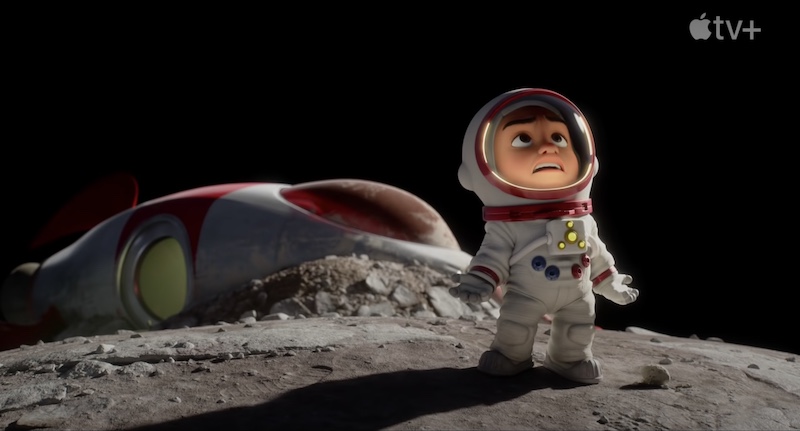 Another interesting Easter egg would be the main character’s spacesuit, which bears the colours of the Philippine flag!

“I didn’t want to be too [obvious] and just put the [actual] flag there. I want people to discover it. Because I think it’ll be more special when they discover it for themselves… I love seeing those kinds of things in movies,” Mateo told Nerds of Colors.

Joe Mateo worked at Disney Animation for 25 years, where he worked in films like Pocahontas, Mulan, and Big Hero 6. He also won an Emmy in 2010 for his amazing work as the storyboard artist for the short film series, Prep & Landing. Eventually, he moved to Skydance Animation — aka the production company for Blush on Apple TV+!

Here’s hoping that he gets the chance to make a feature-length Filipino culture-centric film soon. Until then, excuse us as we prepare our tissue box and tune in to Blush.

All images credited to Apple TV+