Contributed by Die Kaisers on a Camper

From Germany, we had to cross the Austria and Slovenia border to our main destination, Croatia, in our camper car. Due to the coronavirus pandemic, we expected that the queue to the borders would be hell. It turned out we were quite right. On top of that, due to my residence permit and visa, I was almost turned away by the immigration officer.

As far as I knew and based on what I’ve read, the border from Germany to Austria, Slovenia, and Croatia had opened in the last week of May 2020. This meant that crossing the Slovenia to Croatia border was allowed provided that we were not staying in Austria and Slovenia with no specific and valid reasons. What’s more, these two countries didn’t accept tourists yet.

Crossing the Slovenia to Croatia border

Although the first two border crossings were not as complicated as we anticipated, entering Croatia was, to some extent, a different one. At least for me, as an Asian. Upon arriving, we already had a glimpse of how it’s going to end up. Again, we were right. The queue was extremely long and so we had to wait for our turn.

“Hi”, my husband approached as we finally moved closer to the border control officer’s booth.

We handed our IDs, including my Philippine passport. As a German citizen, my husband only needed to present his National ID. But in my case, both my residence permit (ID) from Germany and my valid Philippine passport were mandatory. The lady officer scanned the latter carefully and searched for a visa. She then found my spouse visa attached, which was already expired.

“Where’s your visa?” she asked confusedly. “This is already expired.”

My husband, being the one closer to the officer’s booth, pointed at the residence permit ID. The lady officer was somewhat perplexed based on her facial reaction and how she inspected my ID meticulously.

A few moments later, she telephoned her superior. Another woman in uniform entered the booth. It took them a while to scrutinise my ID. At that very time, my heart was pumping so hard.

In my mind, I thought, was it because I’m a Filipino? Was it because of the pandemic and we’re not allowed to enter yet as tourists? I didn’t think so. Tons of German plates were also in the border queue. That’s mighty impossible. Or, I don’t know. Floods of thoughts were in my mind. Crossing the Slovenia to Croatia border wasn’t that easy, I thought.

On the other hand, if I were to be turned away, I would probably fight for it. My husband was with me, and he’s always been by my side. Whatever happened, we would figure things out together. 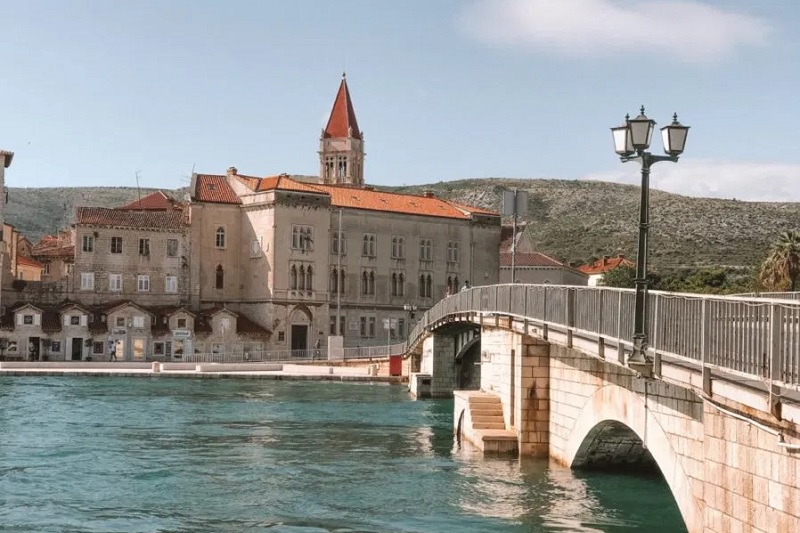 I looked behind and I saw a long queue of cars patiently and probably anxiously waiting for their turn to cross Slovenia’s border to get to Croatia. We caused quite a chaos. But, I didn’t believe that it’s my fault, after all. I tried to remain calm like my husband.

After minutes of waiting, they handed us back all our IDs without saying a word. We finally breathed in relief. We grabbed the IDs, smiled, and said thank you. Then, we smoothly transitioned to Croatia’s police officers at the next booth.

Fortunately, the examination and checking of our IDs were undemanding. But a completely filled-out form for tourists was necessary. We were glad we were prepared.

To my surprise, I got a stamp on my passport. I was once heard that when crossing borders in Europe, you would have only a tiny chance to get your passport stamped (a treasure you keep in your passport and travel memories) because there are not many multiple border control encounters. Luckily, I had mine by crossing the Slovenia to Croatia border. Indeed, that was remarkable!

Also read: I Travelled 2 Days in Croatia & Here’s What I Love About It

What was expected at the border crossing

An extended queue. We arrived at 10.17am and were able to cross after more than two hours. Nevertheless, we were lucky it didn’t take us forever compared to the queues for big delivery trucks and cargoes, which were insane. The immigration officers asked where our destination was. We said Croatia. We also presented valid IDs such as my residence permit from Germany and my husband’s national ID as part of the strict yet standard process in crossing Europe’s borders. Then, they let us proceed.

Contrary to the Slovenia to Croatia border, crossing the Austria to Slovenia border was relatively smooth. The roads and highways to Slovenia were incredibly unwrinkled. I’d been tremendously surprised about that fact, especially on the first days I set foot in several European countries, as always. I believed that regardless of the coronavirus pandemic, they’re consistently passable with no traffic at all.

However, take note of Austria’s toll fee amounting to €12.50 one way. Also, don’t forget the vignette. A mandatory toll sticker must be stuck on your car when crossing borders or passing through other countries such as Austria, Slovenia, and many others.

For the Austria border, a valid ID was likewise necessary for both passengers. The officials didn’t interrogate us that much, not even about where we’re heading to. They just let us go. 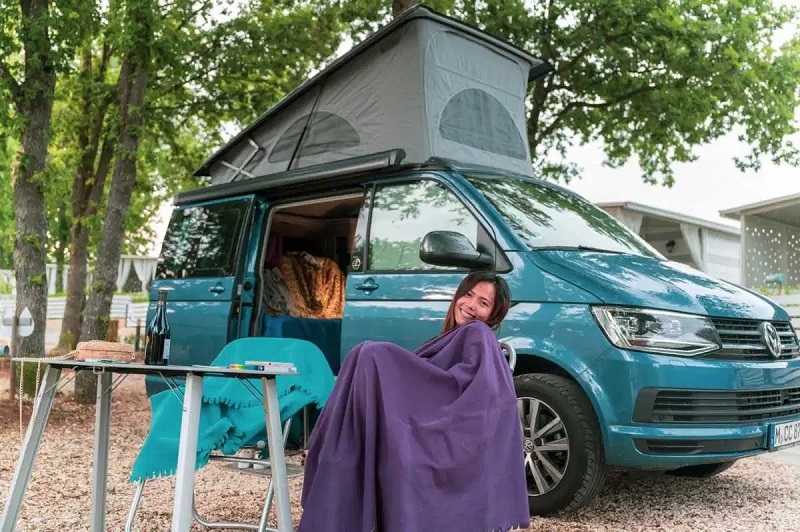 What you need to prepare before crossing borders

A completely filled-out form, for one. According to the Croatia government website, the Civil Protection Headquarters of the Republic of Croatia, on 13 Jan 2021, issued a decision temporarily restricting the crossing of persons across all border crossing points of the country. These are NN 3/21, 4/21, 8/21 i 14/21, and 20/21. However, in accordance with the guidelines of the authorities, exceptions have been made, namely:

For more updated information regarding the Slovenia to Croatia border cross, please refer to the official website of the Ministry of the Interior f the Republic of Croatia.

Note that Croatia is part of the European Union but not of Schengen Area. Thus, when you’re holding only a Schengen visa, you might need a different type of valid visa to enter Croatia. My residence permit ID, along with my Philippine passport, was valid because I live in Germany.

Personal notes from the experience

Looking back, despite my experience in crossing the Slovenia to Croatia border, it didn’t bother me afterward and I didn’t let it affect our van camping holiday in Croatia. After all, I was still let go.

As a Philippine passport holder, there are some unavoidable mishaps that might happen on the road. And that’s alright. I’ve travelled countless times before, and it was not my first time an immigration officer interrogated me. It even happened during my border crossing from Kuala Lumpur to Bangkok via bus back in 2006.

Furthermore, It’s important to know about the travel requirements before going to a certain country. Research as much as possible. Be prepared at all costs. Have your proper documents ready. Most importantly, keep calm, believe that everything will turn out fine, and enjoy!

Note: This article was originally written in June 2020. Remember to do your research about the same route as some of the travel information may have changed since then.

Previous Article12 Coolest Airbnbs in Makati for Your Next Staycation
Next ArticleMust-Read Interview: Pinay Who Authored Children’s Book About Travel Will Inspire You