My First Visa Application Was Denied & This is What I Learned

The thought of applying for a visa wasn’t something I had often entertained in the past. Not because I didn’t think it was going to be that hard to get, but I had no clue that Filipinos actually need one in order to travel to most nations in the world.

When I went on my first solo leisure trip to Palawan in early 2015, I met a couple of Korean travellers who eventually became my first long-time foreigner friends. After getting an invitation to travel to their country, I decided to plan a trip there with my best friend later that year, still oblivious of the visa situation. When the time came I finally needed to get myself one and actually started doing some research, I was overwhelmed by the amount of information that met me. 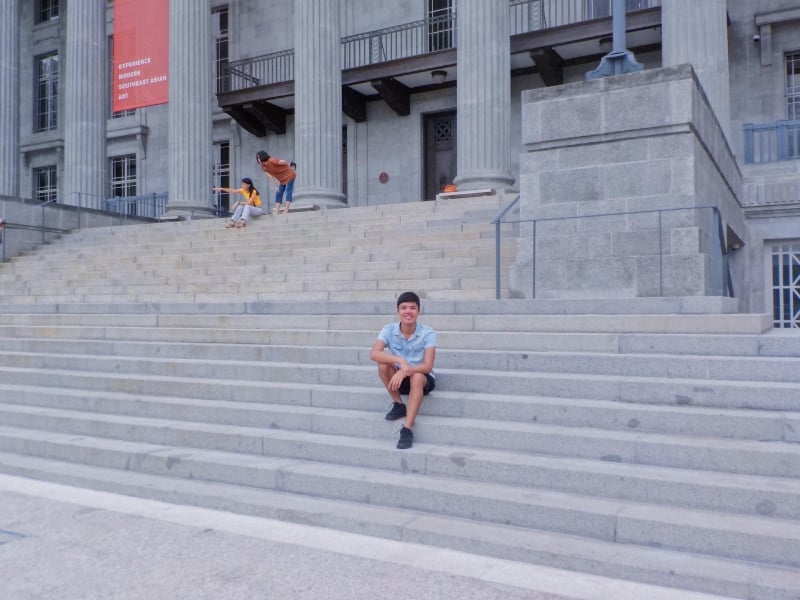 Having just resigned from my full-time job and missing one crucial financial document, things did not look very well for me. Nonetheless, I found some blogs written by travellers who were in circumstances similar to mine but still got a visa. According to them, all I needed to do was prepare a letter explaining my shortcomings in the application, which I did, of course. And, pray for a miracle.

Only two weeks left before our flight to South Korea, and it was time I picked up my passport from the Embassy at Bonifacio Global City.

Just as I expected, I was denied. On the card slipped in between my passport pages, it said that I didn’t have enough ties with the Philippines to prove that I have the intent to come back and not overstay in Korea.

Also read: How I Got a South Korea Tourist Visa Without ITR

I tried asking for more information just so I can be more prepared the next time I do try to apply for the visa, but the Consul just ignored me. Instead of immediately leaving the Embassy, I stayed inside to observe other applicants get their results. Within the next hour, I only saw one of them have the same fate as mine – a girl who was supposed to travel with her friends who ended up being the only one denied of the document among them.

Unlike me, the girl was more assertive to convince the Consul why she deserved to get the visa, insisting on why, of all her friends who were proof enough that she has a high chance of coming home, she got denied. After literally crying in front of the officer and eventually composing herself, she was told that she can actually go to South Korea without the visa, and that would be in the outlying Jeju Island. That moment right there became my eventual driving force to start my own journeys through countries that are not only free of any visa but are actually worth exploring first as well. Instead of throwing a tantrum over it, I began to search for flights online that would take me to one or more of those countries so I could still use my “unofficial” leave from work. My friend, who I was supposed to travel with to South Korea, ended up getting her visa and would be going there on her own.

Meanwhile, on the same week, I would be making my way to my first solo international adventure to Singapore. Knowing very little about the country back then got me pretty excited about the experience. I didn’t have any itinerary in mind but I was ready to fill those seven days with something or anything at all abroad.

Little did I know that this particular trip would be the first of a series of solo journeys I would embark on for the next two years. I not only got the chance to explore Singapore alone but got a slight taste of both Indonesia and Malaysia in a couple of day trips as well. Although a bit rushed, the trip opened my eyes as to how I should do my travels in the future – slowly and on my own. In the past two years, I’ve gone from travelling in a week to a whole six months straight in visa-free countries around Southeast Asia. While I still definitely look forward to that day when I can finally travel to a country that would require a visa, getting denied my first one just pushed me to travel even more in hopes of establishing myself as a “legitimate” traveller. You know that saying if at first you don’t succeed, try and try again? – I do, in fact, in my own way. Instead of immediately applying for another visa in a matter of days or weeks, like what I’ve read other people have done, I did just that by travelling even more. Who knows, I may finally get that coveted South Korean, or even a Schengen and US Visa soon!