5 Basic Do’s & Don’ts of Staying in a Hostel

For travellers on a budget or those who love meeting new people, staying in a hostel is a no-brainer. As fun as the experience can be, it’s often not as simple as just booking a bed and sleeping on it at the end of the day.

Since I started travelling for leisure on my own three years ago, I’ve made it a habit to stay in hostels, particularly in their dormitory rooms, most of the time. Through those times, I’ve learned a few simple yet mostly unspoken rules of how to do it properly.

Also read: 7 Seemingly Bad Travel Habits That You Should NOT Be Ashamed Of

1. Avoid making unnecessary noise when everyone else is sleeping 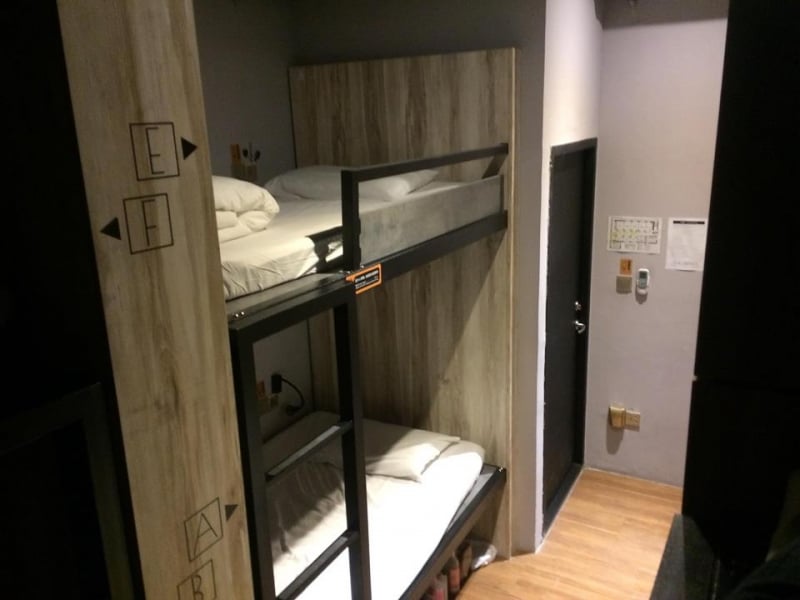 When I stayed in a then-new hostel in Coron, Palawan in 2015, I was put in a room with three other European girls in a four-bed dormitory. Everything went well for the first three days. I even had a few tours and meals with them and I could say back then that I had found new friends. On my last day, however, I got too busy preparing for my morning flight that I forgot to check if they were still in the room. Long story short, one of them got so pissed and started saying things I didn’t understand until now.

Two years later, I found myself in the shoes of that girl when I was staying in a hostel in Bangkok. A fellow volunteer from Canada and three Indonesians were in the room with me.

One morning, at about 4am, the Indonesians were rushing to pack their things which, from all the noise I heard, involved a LOT of plastics possibly from shopping. All of them did it at once and in such a clumsy way that my Canadian roommate and I both started to let out a series of “ahems” to let them know that we were about to lose our cool.

Needless to say, making noise when others are in the middle of their sleep is a big no-no. Anyone who’s experienced sleeping in dormitories should know. But it’s about time we bring this up because some people simply don’t care, even with hotel reminders posted around.

A tip? Buy earplugs! And if you have a flight early next morning, make sure to pack the night before.

2. Do not leave your things lying around 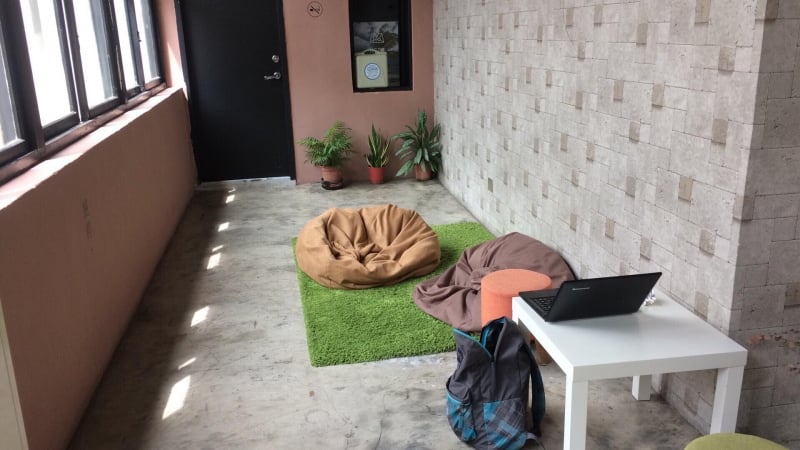 Meeting new people in a hostel is always an exciting experience, especially if you’re an outgoing person. By meeting these people, obviously lovers of travel themselves, it can be easy to forget that they’re still also strangers. And any decent and careful human being would know that it’s always wise to be extra watchful when it comes to handling personal belongings, especially in a place where people come and go each day.

Although I’ve never experienced anything close to theft (thankfully), I did have a couple of memories of fellow travellers in hostels losing some cash and other items. In the same hostel in Bangkok, my Canadian roommate lost ฿1,000 just by hanging out in our hostel’s common area. Unfortunately, she never did find out what happened to the money or who took it. I just remember her crying and ranting about it later to the owner of the hostel.

In Kota Kinabalu, one of the receptionists at my hostel warned us about leaving our belongings on or under our beds. We were told that despite having lockers in the rooms, some guests of theirs from the past kept leaving things in the open. Naturally, some of those got stolen.

To avoid this, buy padlock-ready luggage, and make sure to book rooms that have lockers big enough to keep your important items including laptops or even your favourite clothing items. Or, if you have more budget, go for a private room. While not meant for sharing, they are safer and cheaper in hostels.

3. Make it fast in the shower

Whether you like it or not, a hostel will NOT adjust to each of our lifestyle and preferences, at least not completely. So when you find yourself in a fully booked hostel, make the conscious effort to limit your bathing time. Yes, you could say that you probably paid the same amount of money as everyone else. But more than that, it’s a matter of courtesy. After all, one of your reasons for staying in a hostel in the first place is to make friends, right? Or even keep a cordial connection with the other guests.

If you don’t like to bother someone else or yourself to be bothered, consider taking your shower outside most guests’ usual schedules. Going out early? Take a shower even earlier!

4. Clean up after yourself and maintain a good hygiene 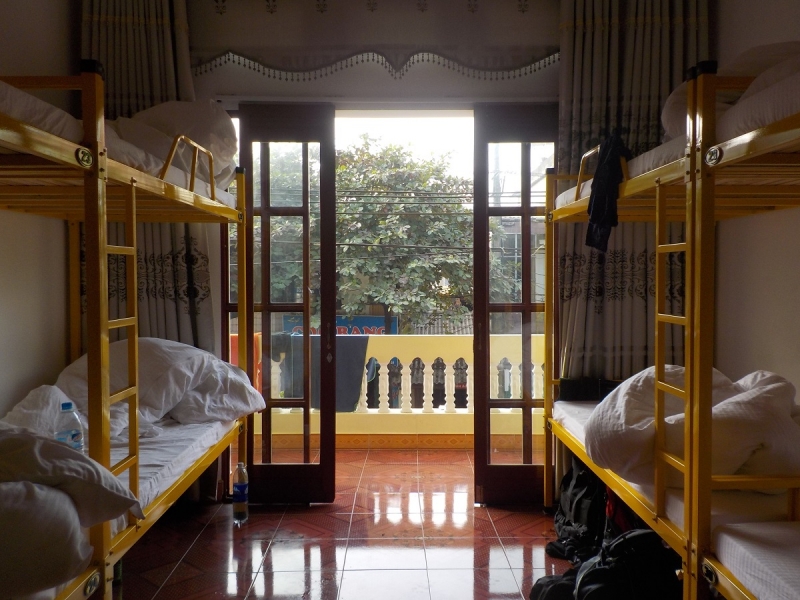 When you’re in a dormitory room, don’t be surprised when you suddenly see dirty socks on the floor, wet clothes hanging on bed frames or dirt scattered everywhere. It happens.

You may be the sloppiest person on earth, but there’s simply no excuse for you to show off that kind of behaviour in a hostel. Until you’ve experienced being the neatest guest in the room, you won’t know how disgusting travellers can get at times.

On a particular trip in Phuket, I stayed in a room about the size of three vans placed side by side. It had three bunk beds and its own bathroom. There were no windows and the only way air could get in was every time someone opened the door. Since it was almost the beginning of summer, we had to keep the air-conditioner on and the door closed, so we were stuck with all kinds of nasty smell many times.

So how do you prevent yourself from experiencing or causing this? Try booking rooms with windows, bring a face mask, alcohol and anything that might help you keep the bad smell and particles away. As for you, take a shower when necessary. Wash your dirty clothes if you can. Triple flush the toilet bowl if you have to. More importantly, set a good example for your roommates and clear your stuff as much as possible.

5. Be a friend to everyone 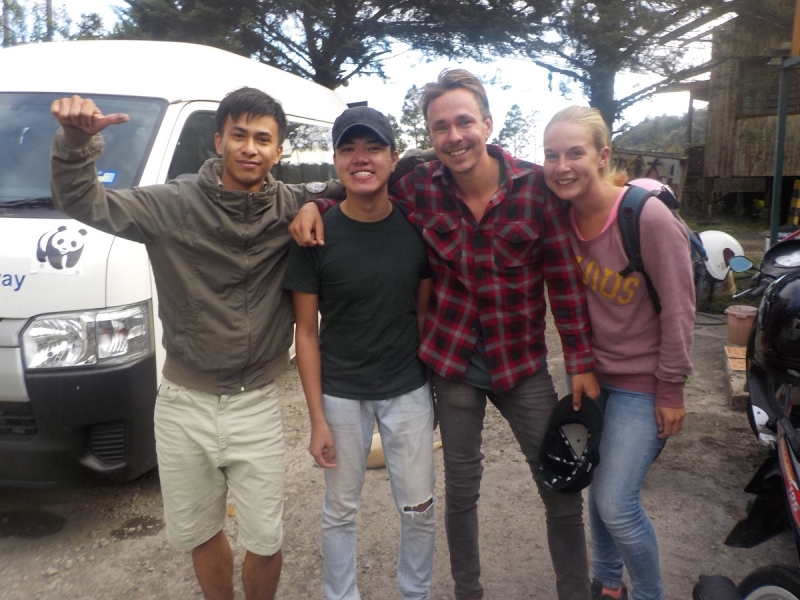 There’s usually something about the culture of hostels that pushes people to open up more, even the biggest wallflowers.

The more popular hostels might have a common or entertainment area where guests can meet and bond with one another. Sometimes, there’ll be dining tables designed to fit more than one person to encourage sharing the space with fellow guests. Depending on the destination and the number of people currently booked, some hostels even organise group trips or nightly dinner gatherings. They’re so fun that even the shyest person will want to join in.

To keep the true hostel spirit alive, be a friend to everyone you see in the hostel. If you’re not ready for a big conversation, a simple “hi” or “how are you” can help establish a connection with you and the other guests. Offer as much help as you can, especially if you’re more familiar with the destination than they are, or even share some of the snacks you bought. Who knows, one of them could be your next long-term best friend!

Do you think you’re ready to embrace these basic hostel etiquettes? On your next trip, try to pay close attention to them, even if they’re not openly advertised in the hostel. You’re not only doing your fellow travellers a favour, but yourself as well.

Previous Article7 Reasons Why Friendships Fail When Friends Travel Together
Next ArticleAngels in the City: How I Survived My Chicago Trip With the Help of Locals