As vast as the Filipino population is in The Big Apple, there are only a few ways to taste authentic Filipino cuisine in the city. Aryanna, a Bulakenya expat in Manhattan, says that going to the nearest Philippine restaurant or store in either Queens or the East Village can be time-consuming, if not limiting. But this was before a pop-up vendor that sells Filipino street food in the city came along.

About So Sarap NYC

“Our mission is to remind you of your childhood memories and give you a taste of what Filipino street food is about,” So Sarap NYC, which first launched in the shopping destination of Soho in August 2020, says. “It’s all about the taste, the flavors and gimik vibes!” 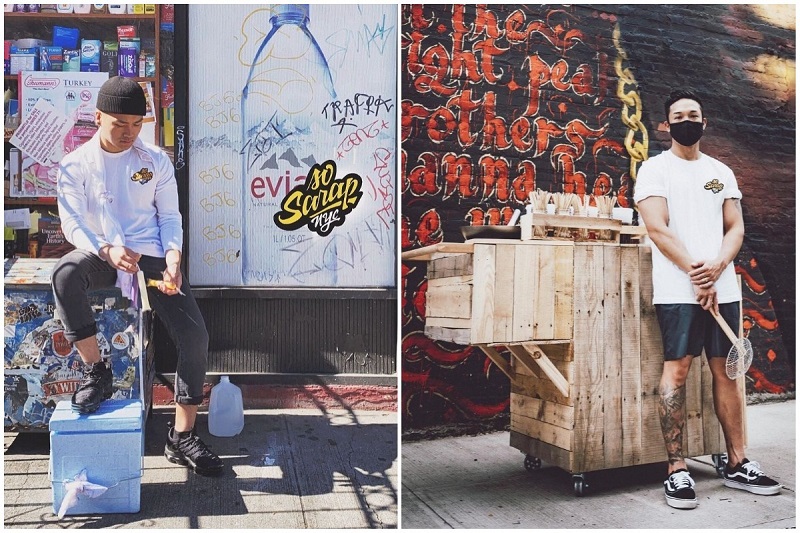 So Sarap NYC is primarily made up of Co-Founders VJ Navarro and Sebastien Shan; Chef Manong Ilio; Director of Operation Kuya Balong; and a support staff composed of Judel, Darwin, Jon, and Noel. It may seem small for a business serving a grossly populated and immense city. However, they also collaborate with many small businesses, like Kabisera Kafe and Project Barkada, that prepare delicious Filipino eats.

They’ve also partnered with Phil-Am Food Mart and IHAWAN, which are popular places to get Filipino food and other products in the northeastern United States of America. Initially, So Sarap NYC would set up a stall in front of these establishments. However, they’ve also explored other means of selling to reach more customers the Filipino way. In offering their services, So Sarap NYC co-organises events for Filipinos in New York where they can hang out with kababayans. More than that, they get to experience Filipino events, from Simbang Gabi (Night Mass) to local-style carolling during Christmas, while tasting Filipino dishes they miss eating in the Philippines.

Also read: This Pinoy Tricycle Was Spotted on the Golden Gate Bridge

Filipino street food you can taste

Unlike other Filipino food restaurants or stores in New York, So Sarap NYC does not have its own stall. Rather, the team goes around with carts, mobile kitchens, and baskets to sell Filipino street food — just like they really do it in the Philippines. 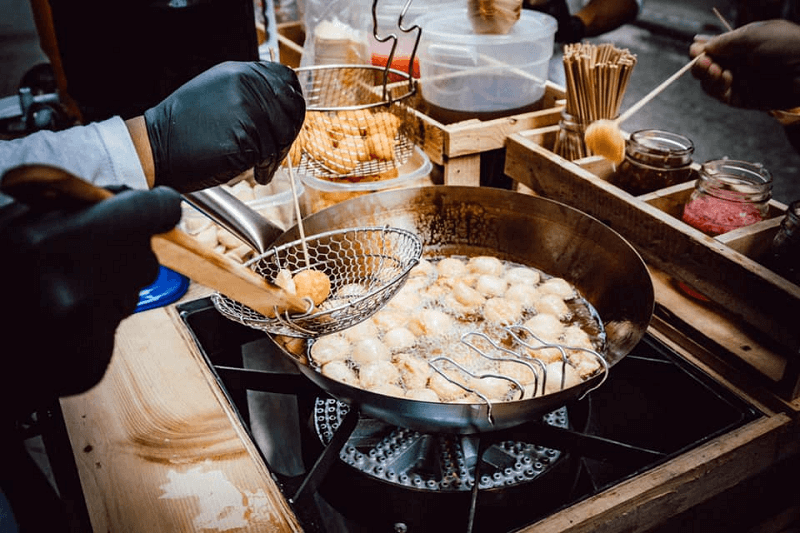 Also read: Filipino vs. Korean Barbecue: Which Is Tastier and Better Overall? 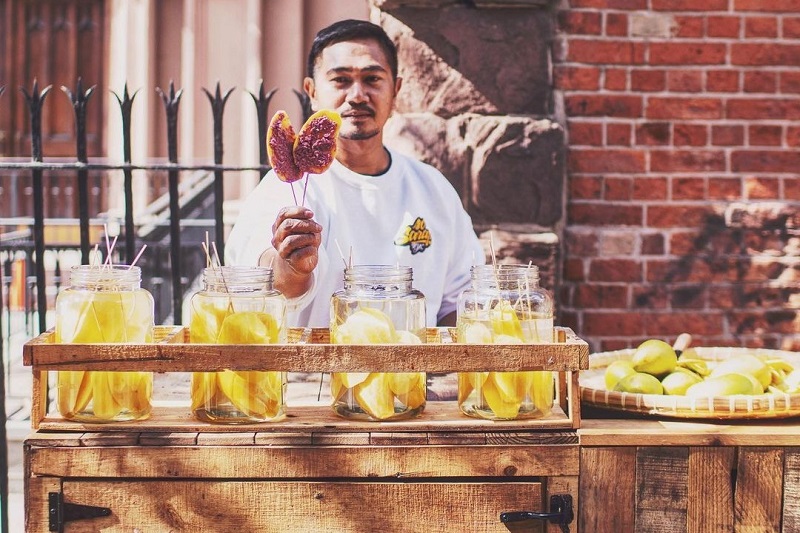 So Sarap NYC also sells classic food pairings in the form of green mangoes and bagoong (shrimp paste). According to the team via Instagram, “this snack item is worth the share due to its popularity in the Philippines as well as its uniqueness especially with non-Filipinos.” It rivals similar dishes such as tomatoes and basil, bread and butter, and chips and salsa.

In addition, Filipinos (and other Filipino food lovers) in New York can try their binatog (boiled white corn kernels). One of So Sarap NYC’s vendors would ride a bike carrying two buckets containing the street food and its condiments. There’s also a dirty ice cream cart and taho vendor, which are among the team’s recent offerings.

Customers of So Sarap NYC may pay only by cash or Venmo, a mobile payment service often used by people in New York. The al fresco or outdoor dining provided by the pop-up vendors also makes it a safe alternative for those eating out in the city.

All images credited to So Sarap NYC.