LOOK: This Pinoy Tricycle Was Spotted on the Golden Gate Bridge

A tricycle? On the Golden Gate Bridge? You read that right!

Known as the “TNT Traysikel,” this Filipino tricycle has been making headlines since it was spotted cruising along the world-famous bridge in late March. Not only that — it’s also the very first Pinoy tricycle to cross the Golden Gate Bridge.

So, how did this Filipino tricycle end up in the US?

No, it wasn’t transported to the US all the way from the Philippines. According to their official Instagram page, TNT Traysikel is actually a mobile public artwork created by Filipino visual artists Michael Arcega and Paolo Asuncion. To add to that, it’s also a cultural marker for the SOMA Pilipinas Cultural Heritage District in San Francisco, California. Talk about Pinoy pride!

“I used to ride these all the time when I was living around Katipunan in Quezon City in the Philippines. Never thought I’d be riding in one going across the Golden Gate Bridge,” they captioned one of their Instagram posts.

Pinoys represent on a ride across the Golden Gate Bridge 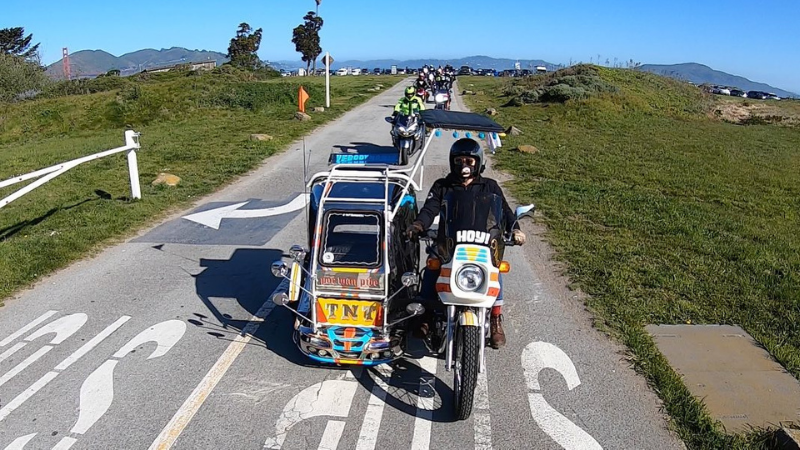 I’ve always found that no matter where I am in the world, I’m bound to find at least one kabayan. The story behind TNT Traysikel’s epic ride across the Golden Gate Bridge proves this, too! Because this tricycle wasn’t the only Pinoy representation spotted on the bridge — it was actually just the tip of the iceberg. According to their social media posts, TNT Traysikel rode along with a total of 40 Pinoy riders from all across Northern California. The group, known as “norcalpinoyriders” on Instagram, gave Arcega and Asuncion the honour of leading the pack! 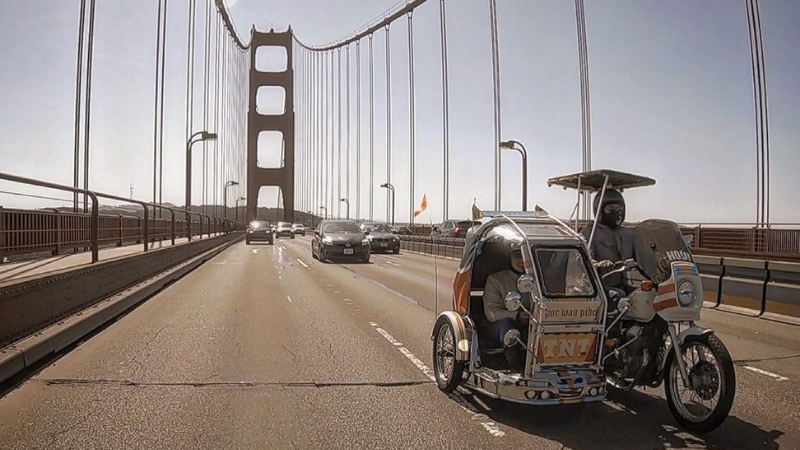 For TNT Traysikel and the Pinoys behind this project, it seems this is only the beginning — based on their public pages, they’ve still got a whole lot more in store for us. We love that they’re bringing joy to Filipinos across the world (and bringing comfort to countless Pinoys abroad), and we can’t wait to see what they’ll be cooking up next!

Previous ArticleHow to Choose the Best Espresso Machine: Tips & Tricks
Next Article12 Coolest Airbnbs in Makati for Your Next Staycation