The ‘Friends’ Reunion Is Finally Coming — Could We Be Any More Excited?

Finally, the reunion we’ve been waiting for is almost here! On 20 May 2021, HBO Max released the official trailer for the much-anticipated Friends: The Reunion special. Entitled The One Where They Get Back Together, this iconic reunion was initially slated to premiere in May 2020, but was pushed back due to the pandemic. A year later, it’s finally set to premiere — and it looks like it’s going to be well worth the wait.

We’ve gathered all the details about the upcoming Friends reunion. Allow us to keep you up to speed!

Everything we know about Friends: The Reunion

The special will be available for streaming on HBO Max on 27 May 2021 — a whopping 17 years after Rachel got off the plane!

Wondering how to watch the Friends reunion in the Philippines? Great news: It will simultaneously premiere on HBO Go, which means we no longer need to worry about finding a way to stream it here! (Initially, it was said that the special would air exclusively on HBO Max.) It will be available for streaming at 3.01pm, and will be broadcast on HBO later at 9pm.

2. The cast will be complete 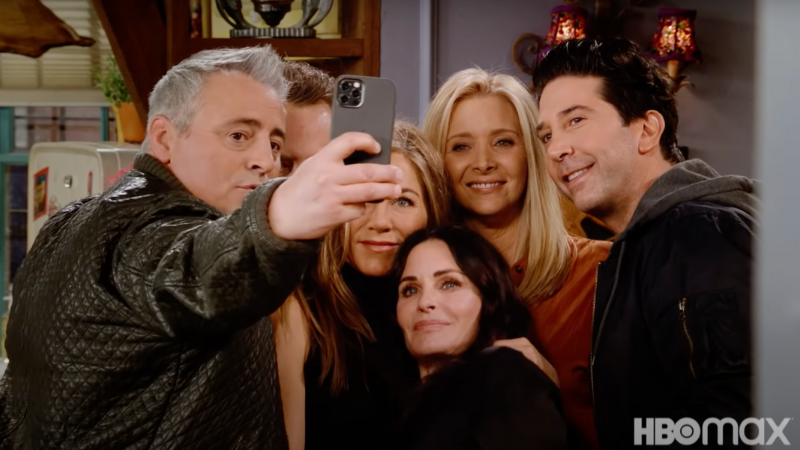 Several Friends reunions have taken place over the years. These include guestings on Ellen, Jimmy Kimmel, and NBC — however none of them featured all six cast members. That’s one of the things that makes this particular reunion so special: It’ll be the first time all of them are appearing together since the 10-season series ended in 2004!

3. It’s not going to be a new episode

The producers behind The One Where They Get Back Together have made it clear: The reunion will not be a new episode. They won’t be returning as their characters, and will instead be appearing as themselves for an unscripted special. 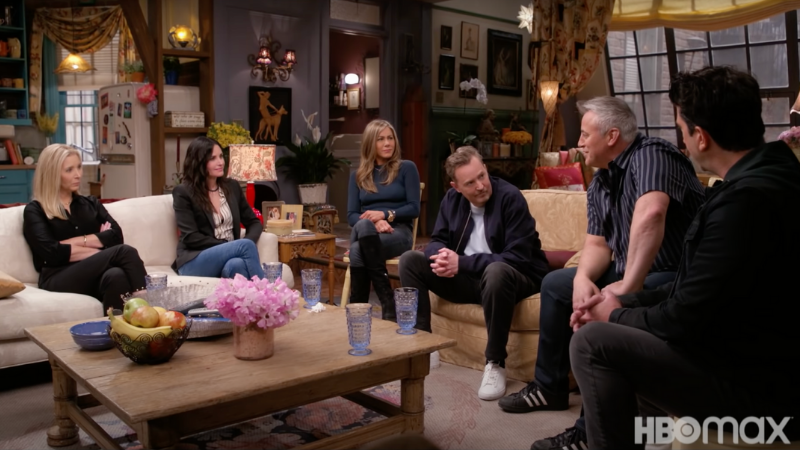 While it won’t be a new episode, we will still be seeing the iconic set of Friends. The reunion special was filmed in the original soundstage in Burbank, California. As seen in the trailer, they’ll be revisiting Monica and Rachel’s apartment, Joey and Chandler’s apartment, Central Perk, and even the fountain from the Friends opening credits!

5. The cast will reenact scenes from the show 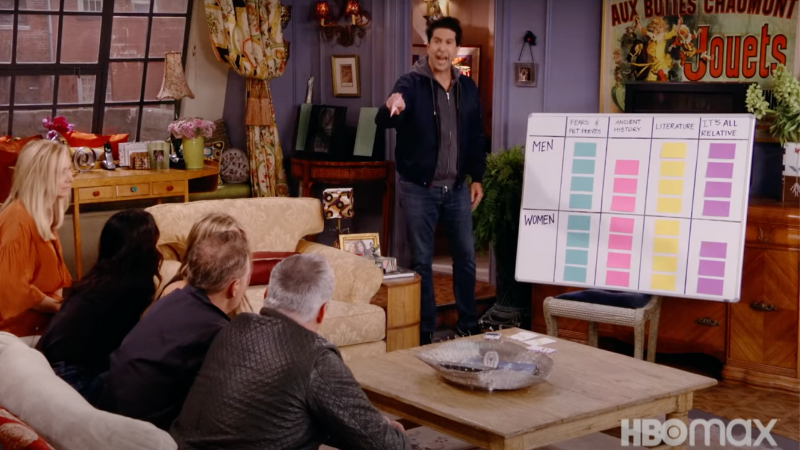 They won’t exactly be getting into character, but we’ll definitely still be treated to some reenactments that will surely get us feeling nostalgic about the good ol’ days.

The trailer opens with the cast in the middle of a trivia quiz, testing their Friends knowledge. (Yup, just like in The One with the Embryos — the episode when Monica and Rachel lose their apartment to the boys!) On top of that, they’ll also be holding a table read of an old episode; in the trailer, the episode is revealed to be The One Where Everybody Finds Out, and Lisa Kudrow’s part is spot on! 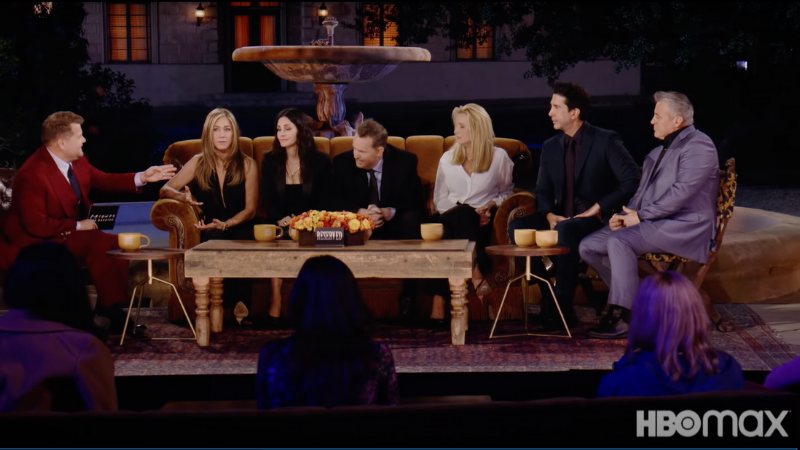 The Friends reunion will also include a sit-down interview in front of a live audience, to be hosted by none other than The Late Late Show’s James Corden! We’ll get to catch up with the cast, find out if they think Ross and Rachel were really on a break, and hear the cast’s personal anecdotes as they reminisce on their days on Friends. Honestly, could we be any more excited?

7. A number of special guests will be there

Apart from James Corden, HBO Max has also revealed that a number of special guests will be making an appearance during the reunion. 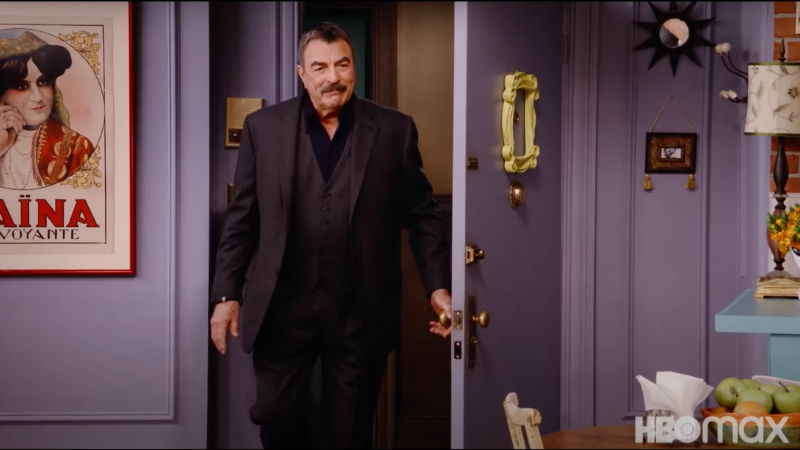 Among them are actors who played roles on Friends:

Besides those mentioned above, the lineup also includes an interesting combination of names that include BTS, Justin Bieber, Cindy Crawford, Cara Delevingne, Lady Gaga, Kit Harington, Mindy Kaling, and Malala Yousafzai. In the trailer, Cara Delevingne was spotted modelling one of the most memorable costumes on Friends (Rachel’s pink bridesmaid outfit from Season 2) — we wonder what the other guest stars will be doing on the show!

8. It will run for about one hour and 45 minutes

Yup, all that will be packed in under two hours! (Running time is specifically an hour and 43 minutes.) We can already imagine just how much we’ll miss them afterwards; but just think, it’s equivalent to three Friends episodes. In that sense, we’re still pretty spoiled!

We can hardly contain our excitement about Friends: The Reunion! After all, the iconic NBC series has brought us comfort even years after it ended — even, and especially, during the pandemic.

Our advice? Prepare the tissues! Because honestly, just seeing Jennifer Aniston, David Schwimmer, Courteney Cox, Lisa Kudrow, Matthew Perry, and Matt LeBlanc together in the trailer was already enough to bring us to tears. If you haven’t seen it yet, check it out here.