“I think we’ve moved closer and closer to the [live] experience,” said Miguel, the lead vocalist and one of the nine talented members of Ben&Ben. In an exclusive media interview for ING’s 31st anniversary event, TripZilla Philippines sat with the folk-pop band to know how they’ve been adapting to the increasingly digital world.

“The digital landscape for online shows… they’ve been an ever-developing learning experience for us,” Miguel added. Since 2020, Ben&Ben has done five online concerts, three of which were fundraising events for COVID-19 efforts. This year, the band has one virtual concert left. Kuwarderno is set to be held on 5 Dec 2021, and is the first major concert where the band will be playing all their songs from their latest album, Pebble House Vol. 1: Kuwaderno.

Moving forward in a digital world 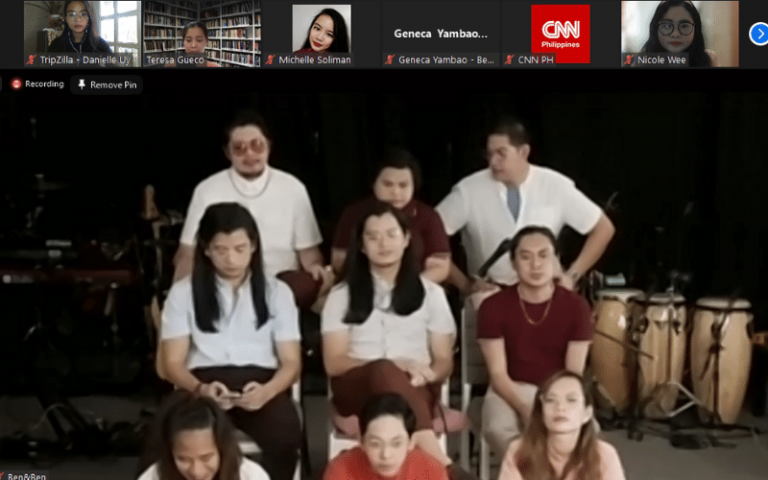 “Before we moved in together, we started out with doing shows via separate screens,” Miguel continued, sharing the band’s tricky experience with transitioning towards online concerts.

However, the band recognises that they have a lot more things to improve on as they adapt to their new normal. As per Miguel, they’ve also been working on sound quality, video quality, and the way that the program or the flow of the show is done.

“Eventually, we were able to come up with something,” Miguel continued. “In a way, of course, it would never fully replace the experience of something that’s fully live; but then, I think we’ve moved closer and closer to the experience.” 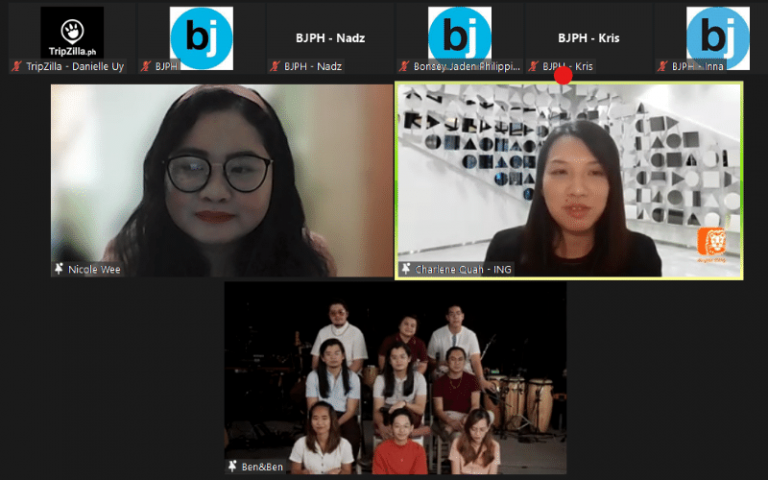 ING Retail Branding and Communications Lead Charlene Quah revealed that Ben&Ben was their first choice of guest for the event. “There was no debate. There wasn’t much discussion or convincing,” she told TripZilla Philippines. “Ben&Ben really came as a first choice in our mind when it came to conceptualising ING’s 31st anniversary.”

According to Quah, the trusted digital bank resonates with how Ben&Ben’s music and philosophy connect with their audience. Whereas the band has long been staunch advocates of several movements, empowering their fans through music with action, ING has also been front runners for the financial health of Filipinos.

“I think one thing we are fortunate about is that we were already a digital bank prior to the pandemic,” Quah explained. ING has remained online and fully available 24/7 during the whole pandemic. “There haven’t been any disruptions. That set certainty [for Filipinos] when it comes to their money and some surfaces that are quite critical to their lives. This is also a sense of comfort for some people, that there is some normalcy in their lives at this point of time.”

Going above and beyond expectations

Staying prepared for the increasingly digital world, ING continues to roll out services to aid the financial health of Filipinos. “[Now, we’re looking at how we can] prepare the younger generation who are going to enter an economy, a workforce that is going to look quite different from what it was prior to the pandemic,” revealed Quah. “Some of our current efforts are working with education institutions to prepare the younger generation for that.”

ING’s 31st anniversary wrapped up with Ben&Ben performing their biggest hit songs, including Ride Home, Araw-Araw, Di Ka Sayang, and Maybe the Night, amid an enthusiastic online audience. Afterwards, Ben&Ben and ING fans finished the jamming event with further anticipation for what both movers have in store for them.

Moving forward, the bank promises even better digital services to cater to more Filipinos, whereas the band looks forward to producing more music together. Asked what drives them to create more, Ben&Ben said: “We have this massive amount of trust that everything will work for the better.”

Special thanks to ING Philippines for inviting TripZilla Philippines to the exclusive media meet and greet with Ben&Ben.