Hanabi Season Is Coming! You’d Wanna Be in Japan for These 8 Fantastic Fireworks Festivals!

With temperatures climbing and summer going into full swing in Japan, locals and foreigners alike turn to seasonal festivities to take their minds off the heat. And what better way to commemorate the Japanese summer than bright, showy pyrotechnics?

Through the years, fireworks, or hanabi (literally translated as ‘flower fire’) — a mainstay of any midsummer celebration — have gone beyond its traditional significance of warding off evil spirits and comforting the dead, to works of beauty appreciated by both young and old.

Between them and the five other festivals we’ll look at in this article, this area is the clear choice for you to experience the best light shows in Japan — and the JR East Pass is the most convenient way for you to get around eastern Japan to check all of them out! 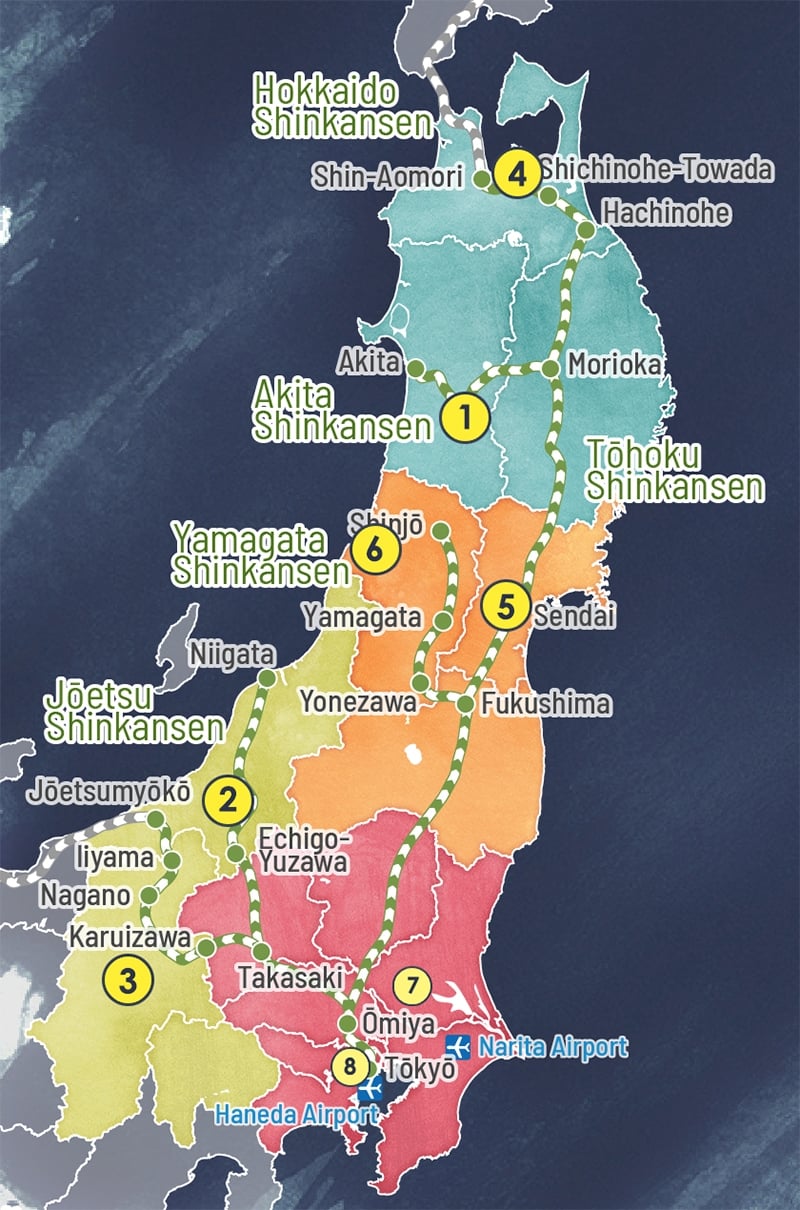 With roots tracing back to 1910 in the Meiji Period, the competition is in its 93rd rendition this year. But this event is more than just a display of fireworks. The Omagari National Fireworks Competition, or Omagari no Hanabi, brings together pyrotechnicians from all across the country to put forth their best on display for the Prime Minister’s Prize.

With only the best teams allowed to take part in this competition which represents the peak of Japanese fireworks, you can be ensured of nothing short of spectacular displays.

A defining feature of this competition, there is a daytime category that starts in the early evening, as well as other lineups in the program such as displays by the past year’s winner and fireworks by the event’s sponsors.

While attending the event is entirely free (make sure to bring your own mat to sit on), ticketed seats are also available. If you’re willing to fork out 3,000 yen, you can be ensured of a seat in the prime viewing area to take in the spectacle in its full glory.

If you’re unable to make it for the grand event in the summer, you’ll still be able to get a taste of it at one of the three ‘seasonal chapters’, which falls on the remaining seasons in the year — each of them an hour and 20 minutes worth of bombastic colour and sound. Check out their website and Facebook page for more information on these events!

The Nagaoka Fireworks Festival was started in 1946 as a reconstruction event to mourn those who had perished during World War II, and today sees over 20,000 fireworks of various shapes and designs lighting up the night skies, making it another of Japan’s Three Great Fireworks Festivals. Happening along the Shinano River, this 3-day festival features dazzling displays that attract over half a million viewers each year.

While the fireworks happen over the latter two days of the event, the first day is filled with just as much festivities, with mikoshi (portable Shinto shrine) parades, toro nagashi (where paper lanterns are sent adrift down the river) and traditional dance parades lining up in the programme. Being a summer matsuri (Japanese festival), you can be sure there won’t be a lack of yatai (food stalls) food to feast on and games to play!

Be sure to catch the famed sanjakudama, massive 300-kilogram shells filled with 80 kilograms of explosives (the maximum weight allowed by law), that when launched fill the night sky with countless falling stars.

Of particular interest this year would be the Reconstruction Praying Fireworks “Phoenix”, which marks the 15th year since the Chuetsu Great Earthquake struck the Niigata region in 2004. The finale to the light show itself is also something to behold — stretching across over 2 kilometres of the Shinano River, it is the widest span of fireworks in the world.

Grand Tickets are available for visitors who want a front seat to the show, though if you would rather watch the show for free, be sure to head down early if you want to get a good spot! Some recommended places to view the show from are around the Chousei Bridge (長生橋) and the Oteo Bridge (大手大橋).

Surrounded by the Japanese Alps and mountains in almost every direction, you can be sure to hear the reverberations of the fireworks here as they echo back to you — a bone-rattling fireworks viewing experience unique to the Lake Suwa Fireworks Festival.

This is the single biggest fireworks display in Japan, with 40,000 fireworks being set off over Lake Suwa in one night. Having started shortly after the World War to help brighten the spirits of the  devastated people, the festival will be having its 71st rendition this year.

Highlights of the festival include the breathtaking water star mine display, with fireworks being launched in succession from lake and stretching across 2 kilometres of night sky.

The event attracts approximately 500,000 people each year, some arriving as early as the morning of the event, so be prepared to head there early if you want a good spot along the river! Tickets for reserved and non-reserved seats are also available for purchase on the website.

Alternatively, if you can’t catch the display on 15 August, there are still ways to experience the festival:

Being one of the Three Great Festivals of Tohoku, Aomori Nebuta Festival is filled with festivities through its 6-day itinerary, with the main highlights of this festival being the brightly lit colourful nebuta and the lively street procession.

Read also: 5 Biggest Summer Festivals in Tohoku You Must Catch (and the History Behind Them)!

The fireworks display at the conclusion of the main festival, Aomori Nebuta Fireworks Festival is also a sight in itself, as the large floats themselves join in the final show in a sea of processions along Aomori Bay.

Grab some delicious seafood and festival eats from the yatai stalls before heading down to Aomori Bay to catch 11,000 fireworks lighting up the night sky.

Held on the eve of the colourful Sendai Tanabata Festival, 16,000 fireworks fill the night sky at the Sendai Tanabata Fireworks Festival to commemorate the start of the celebrations. While fireworks festivals typically happen at waterfronts like rivers and bays, the fireworks set off here are specially done so in the middle of the city, so it’s possible to behold wherever you are in the city. That being said, the best spot to view the pyrotechnics is in Nishi Park, though you’d have to jostle with the crowd for a spot!

This famous festival is well known for thousands of colourful fukinagashi, or paper streamers that line the city’s shopping arcades in commemoration of Tanabata, a traditional event with astrological origins.

A variety of activities and attractions are also lined up throughout the city centre, such as

Over 25,000 people flock to the banks of Akagawa (‘red river’) for the Akagawa Fireworks Festival, livening the usually small and quiet town of Tsuruoka, though for good reason.

Roughly 12,000 fireworks are set off in this hour-and-a-half fireworks festival, which is both a festival and a competition for the best fireworks displays among various manufacturers. Having started in 1991, the festival is one of the Top 10 Fireworks Festivals in Japan and will be in its 29th rendition this year.

Some special highlights from last year’s festival include animated fireworks from Yamanashi manufacturer Marugo, with a video of it on Twitter garnering over 2 million views, and the “Moving Star” hanabi from Nagano-based Tamuraenka whose flickers are reminiscent of twinkling fairy lights.

While it is easier to obtain the tickets for reserved seats in this festival, it is said to be progressively difficult over the years as the festival gains popularity. If you are looking to get a good spot in the free sitting area, however, be sure to head down early as the area opens for visitors at 6:45pm.

Other Fireworks Festivals Near Tokyo

This competition brings pyrotechnicians from all over Japan to compete in three categories: starmines, size 10 shells and original displays. The spectacular show lasts for 2 and a half hours, which you can enjoy with snacks from the street stalls set up for the festival.

A small lecture will also be held on the major types of fireworks after the opening — a great way to better appreciate the pyrotechnics — but if you’re not proficient in Japanese, fear not, as we’ve got some information on fireworks for you below!

Probably one of the most well-known fireworks festivals in Japan, over a million people flock to the Sumida River Fireworks Festival to catch around 20,000 fireworks lighting up the cityscape each year. With its official start dating back to 1733 in the Edo period, spectators today can either catch a glimpse of the spectacle from the river banks or from cruise ships on the river.

With this festival happening right in the heart of the capital city, competition is fierce for good spots to view the fireworks, with Shiori Park and Oyokogawa Water Park being relatively less congested viewing spots.

Otherwise, you have many more amazing fireworks festivals to choose from all around eastern Japan!

With the flurry of activity going on at each fireworks display, it’ll be hard to fully appreciate the spectacle unless you know what you’re looking at. So here are just some of the many types of fireworks you can spot at a fireworks festival in Japan — let’s see how many you can identify in the pictures above!

To learn about more firework types, you can check out this page as well.

Fireworks are truly the quintessential sight of the Japanese summer, the hallmark of the season’s celebrations. It’s probably even safe to say that many would gladly take on the summer heat just to be able to look up into the sky and marvel at these luminous beauties.

With fireworks lighting up the sky at different parts of eastern Japan, you’ll probably be hard-pressed to find a better way of getting to them quickly and easily then using the JR East Pass. 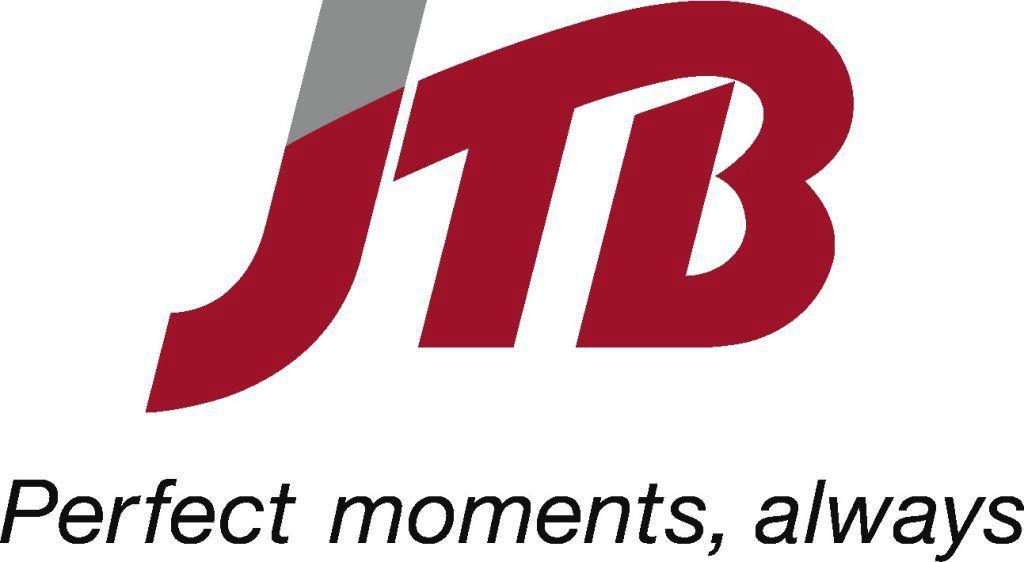 Brought to you by JR East (East Japan Railway Company).

A lover of words and their intrinsic value, Gabriel enjoys a good book as much as he does writing a good story. While he dabbles in illustration and photography, he just wishes that they would love him back as much. Gabriel has a deep-rooted interest in Japanese culture and language, eventually venturing to the Land of the Rising Sun for the first time in 2016. Having made many wonderful memories there, he now hopes to share what he has so that others can learn from his stories and eventually make their own.

Previous ArticleFrom Employee to Digital Nomad: My Journey, Struggles & Tips!
Next ArticleEngkanto Beer is Our Staycation Pick — Here’s Why!

Be Updated!
Latest Posts
MOST POPULAR AIRBNB IN NAGAOKA