I failed to hike one of Southeast Asia’s tallest peaks and visit some of the region’s most beautiful beaches. But these didn’t stop me from having a blast when I went on a Kota Kinabalu DIY trip back in 2016.

When it comes to nature-inspired getaways, the Malaysian Borneo capital doesn’t and will never let down. But while many people know and love it for its towering mountains and clear blue waters, this tropical destination has a lot in store for non-hikers and beach lovers alike.

Also read: How I Spent a Smashing Holiday in Kota Kinabalu for 4 Days & 3 Nights

For my 24th birthday, I decided to treat myself to a five-day trip to the city after finding a round-trip ticket from Manila worth only ₱1,300. The agenda was to hike to the summit of the 4,095-metre high Mount Kinabalu. I did not have sufficient climbing experience then but was determined to push through. The reason? I thought the photos from the top simply looked epic. And it really is. 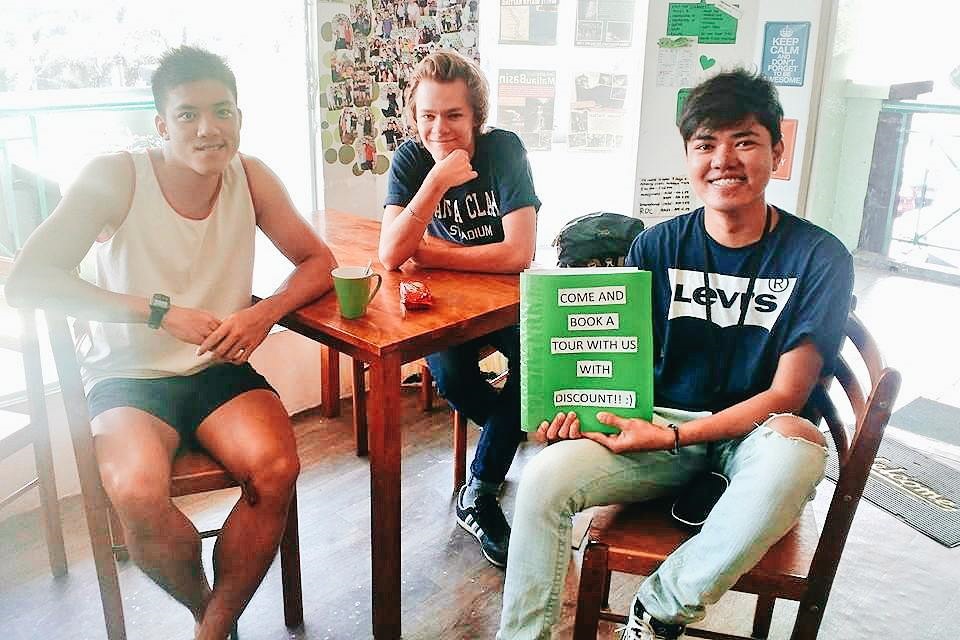 After some research, however, I found out that I’ll be needing more than just the guts to do it. Around that time, the price for a 2D1N package would’ve taken two months worth of my part-time salary. This meant that I would have to cut my planned trip short so I didn’t end up homeless in Kota Kinabalu.

When the trip came, I did what most online reviews told aspiring Mount Kinabalu hikers should do — scout on-ground for an even cheaper package. But the catch was the next available trip would be at least three days away from my arrival. Long story short, I bid my hiking plan goodbye and searched for other ways to enjoy my Kota Kinabalu DIY trip.

How to enjoy Kota Kinabalu without hiking or beach bumming

I was already in the vicinity of Mount Kinabalu when I found out I could no longer do the hike. So I went for the next best thing to do — stay in a mountain lodge nearby.

Fortunately, there’s one right at the foot of the mountain. It was along an elevated highway and about a five-minute walk from the Kinabalu National Park’s entrance. The accommodation was made of used container vans transformed into rooms that had a hut attached to it. This contained the kitchen, dining area, and comfort rooms. I paid about MYR50 (about ₱580) for two nights inclusive of all meals.

In the morning, I would catch a breathtaking eyeshot of Mount Kinabalu from the outside of my dormitory. But the rest of the day, it would be covered with clouds. I would take this as an opportunity to explore the woods by following a trail directly connected with the lodge. While I still dreamt of climbing the mountain, these were enough for me given the circumstances. For the first couple of days anyway. 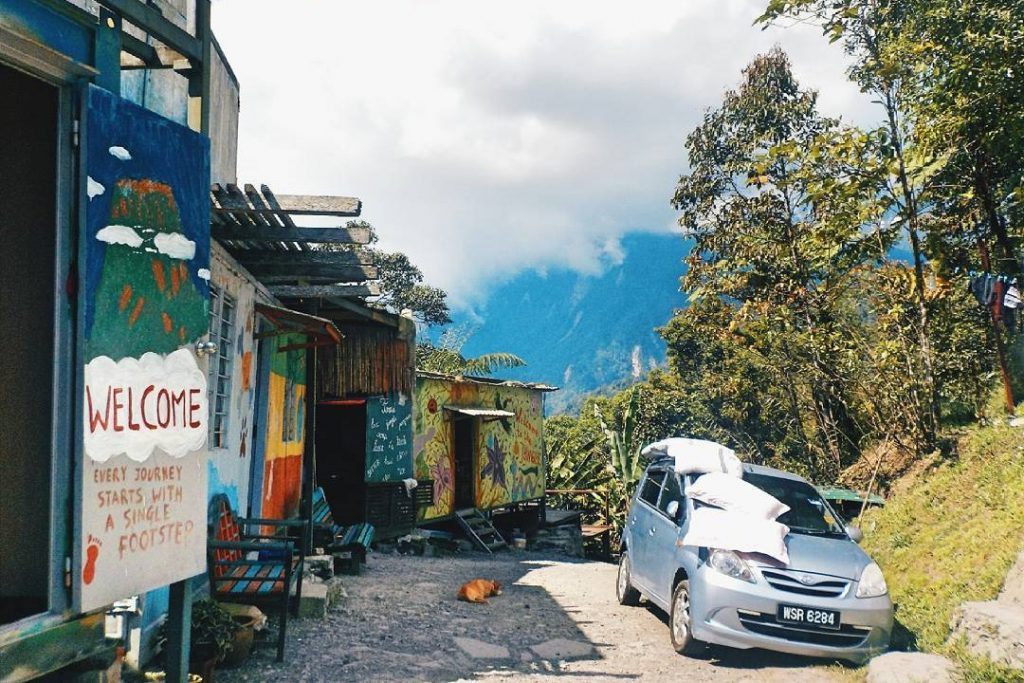 Certain about the changes in my plan, I then focused on spending more time with the staff of my lodge. Two of them happened to be Filipinos so it didn’t take long for me to feel right at home. It was through them that I was able to make a new Kota Kinabalu DIY trip itinerary. The staff even offered to provide a private driver and tour guide for only MYR30 (about ₱350) per day!

Go on a day trip to Kundasang and around Ranau

I had decided to visit the Desa Dairy Farm in a town called Kundasang, which was about a 20-minute drive from our place. Thanks to my driver, who claimed to be the grandson of a high-ranking Malaysian public figure, I was able to enter the place at a discounted price.

Visibly comparable to New Zealand and Switzerland, the Desa Dairy Farm provides most of Sabah’s milk and dairy product supply. Friesian cows imported from the former dot and serve as the highlight of the place. Meanwhile, visitors can witness the milking of these animals and the processing of dairy products in a designated building.

Other areas are also accessible to guests. There’s a shop where you can buy all-cow products. Meanwhile, some portions of the often fog-covered farm make for great photo spots. The best part? If you have enough patience, you can enjoy an unblocked view of Mount Kinabalu from afar, too! 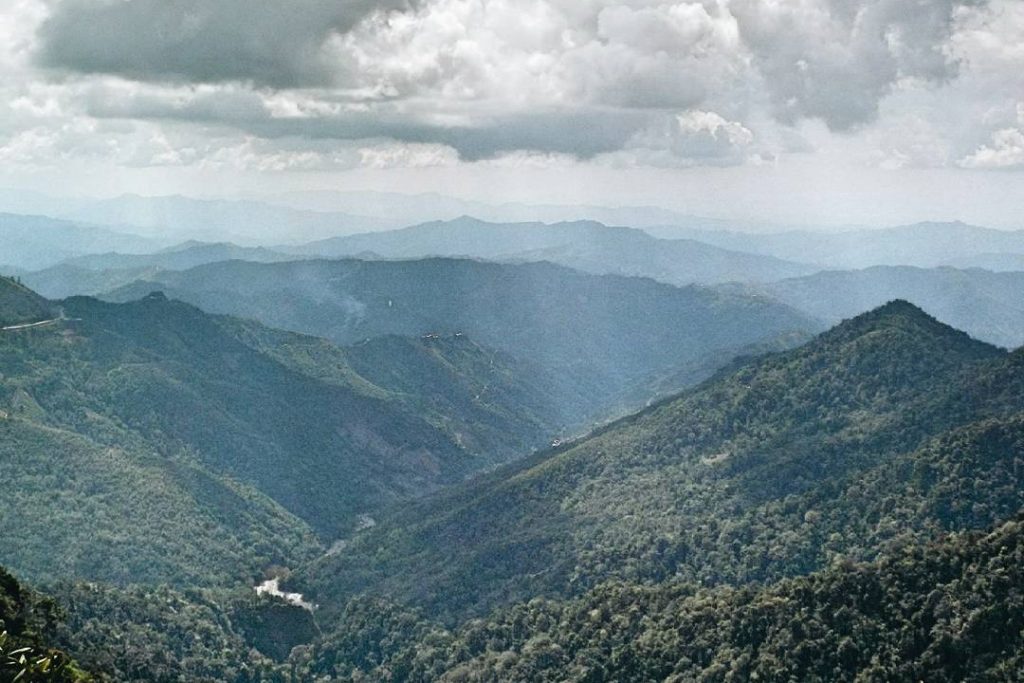 We then went up a nearby hill where an enormous exclusive golf course can be found. Just a few brief nods and gestures between my driver and the assigned guard, and we were allowed access for free. I figured it must be a private area because there were no other tourists. There was me, my driver, and only a few staff maintaining the property.

In the same day, we visited the Kinabalu National Park. I thought if I couldn’t hike the mountain itself, why not take a tour of the park below? In about two hours, I saw rare faunas and floras scattered around the area.

I even got to stick around the bottom of the climbing trail where a viewing deck was located. There, tourists who are not able to hike can admire a closer view of Mount Kinabalu and of the tropical rainforests surrounding the mountain.

After I got tired of the cold mountain weather, I decided to move to a hostel back in the city along with a lodge-mate from Sweden.

The next thing to accomplish was riding the North Borneo Railway which cost me around MYR400 (about ₱4,600). Although I found it expensive for a four-hour sightseeing ride, it ended up being one of the most memorable experiences in my Kota Kinabalu DIY trip. The reason being the ride felt like travelling back in time. It’s only the oldest running steam train in Borneo, after all! 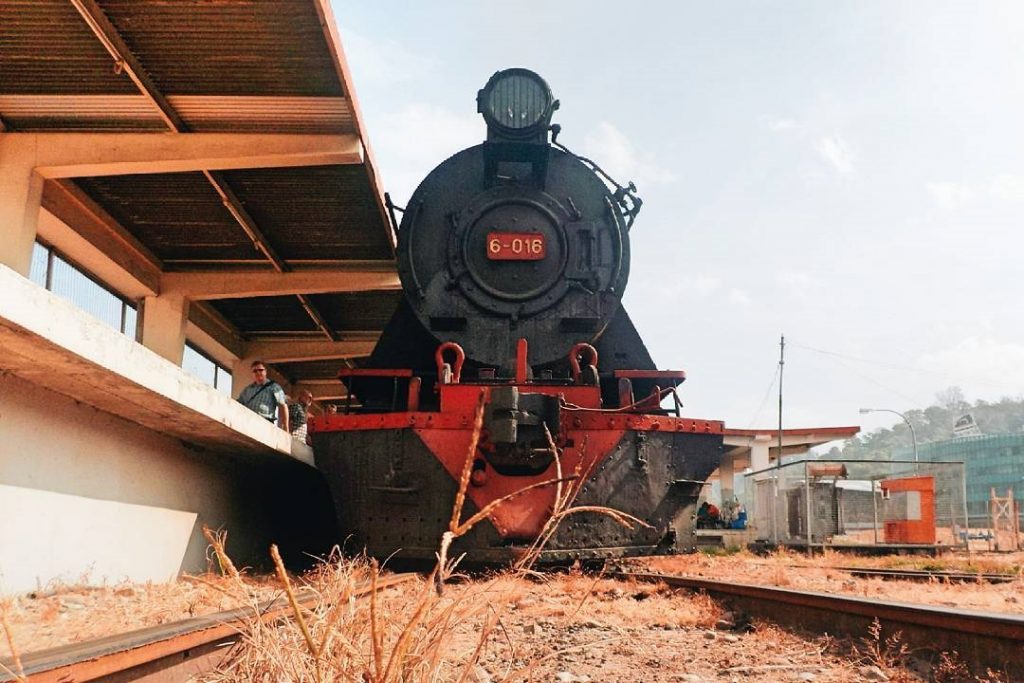 Refurbished from the inside, the train lets one experience the luxury of travelling through Sabah many years ago. The ride took us to the rural areas of the city by passing through jungles. Our lunch on board was served in a Tiffin box and included Asian and continental meals.

In those four hours, there were allotted times to explore some of our stops to shop or simply wander. But in my case, I spent most of them admiring the train itself. It’s not every day I’d get to be this close to a living artefact from British Borneo.

Take a mangrove forest tour in nearby districts

Situated close to Palawan, Kota Kinabalu is also known for its picture-perfect islands and beaches. However, I eventually learned how crowded they can get as early as March, the same time I was there.

So as any claustrophobe would do, I ditched visiting them altogether. Instead, I set off to experience the island’s mangrove rivers, Borneo’s lesser-known aqua attraction,  to complete my Kota Kinabalu DIY trip

The nearest one to the city was the Klias River in Beaufort. On the spot, my hostel helped me book a half-day cruise which I shared with four other tourists. On the cruise, we would be spotting proboscis or long-nosed monkeys and other tropical animals endemic to Borneo. There was a firefly watching session in the evening, too. 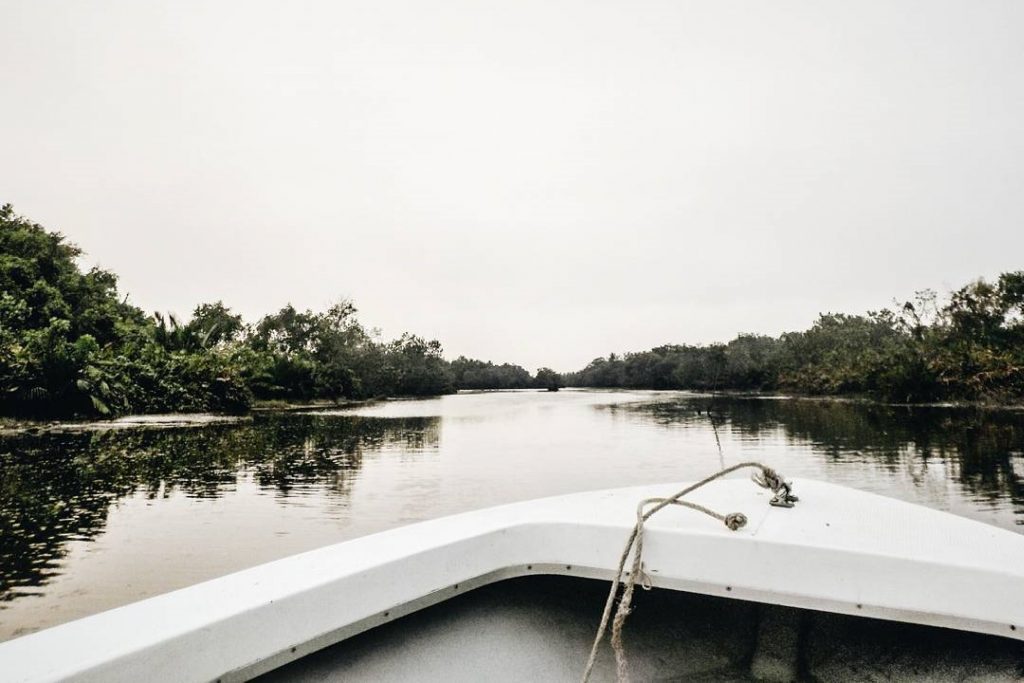 The package included a buffet dinner that featured dishes resembling some of our local delicacies. There was rice, noodles, and a variety of meat-based cuisines which I thoroughly enjoyed. A complimentary tour of the locale’s traditional houses likewise showed us a bit of Kota Kinabalu’s culture and people.

What was meant to be a five-day visit ended being an almost two-week trip. After abandoning my original flight home, I also spent some days relaxing in the hostel and getting to know fellow travellers. With them, I visited a few more popular stops within Kota Kinabalu including the Signal Hill Observatory Tower, the Kota Kinabalu City Waterfront, and the several markets surrounding them.

With my new Swedish friend Johan, in particular, I also ended up exploring Kota Kinabalu’s local malls which looked a lot like those in Divisoria. We also played a few computer games in local cafes. Other times, I’d just be on my laptop working while watching lazy afternoons go by.

Despite not climbing Kota Kinabalu’s famed peak and swimming in its sun-kissed beaches, I found satisfaction in my extended Kota Kinabalu DIY trip. As my first taste of slow travel, the experience remains special in many ways and something I often find myself looking back on as I think about my next “unplanned” adventure.

Previous ArticleHow I Got My Schengen Visa Without a Regular Full-Time Job
Next ArticleThe Ruins of Talisay: An Emblem of an Overflowing Love