Ever wanted to share a confidential message with your friends but were too scared they’d leak it? You no longer have to worry about unconsented #resibo: Facebook Messenger now gives screenshot notifications for chats under their secret conversation feature.

On 28 Jan 2022, Mark Zuckerberg posted about this update on his Facebook profile.

“New update for end-to-end encrypted Messenger chats so you get a notification if someone screenshots a disappearing message,” the Meta CEO said. “We’re also adding GIFs, stickers, and reactions to encrypted chats too.”

How it works? You just have to make sure to turn on the Secret Conversation feature on Messenger and enable disappearing messages. Once this is toggled on and you take a screenshot, Messenger will alert the receiving person that a screenshot has been taken.

What is the Secret Conversation feature in Messenger?

Secret Conversation is Messenger’s very own end-to-end encrypted platform. In simpler terms, it lets you message another person privately, making sure no other device besides the one you use can access your conversation.

Launched in July 2016, Secret Conversation adds extra security to your calls and messages, preventing third-party sources, including Facebook itself, from listening or seeing them.

Also read: How to Turn Off Notifications for Malicious Facebook Posts

How to activate Secret Conversation

Users can activate Secret Conversation to access its features. Here are the following steps to do so:

How to turn on disappearing messages on Messenger 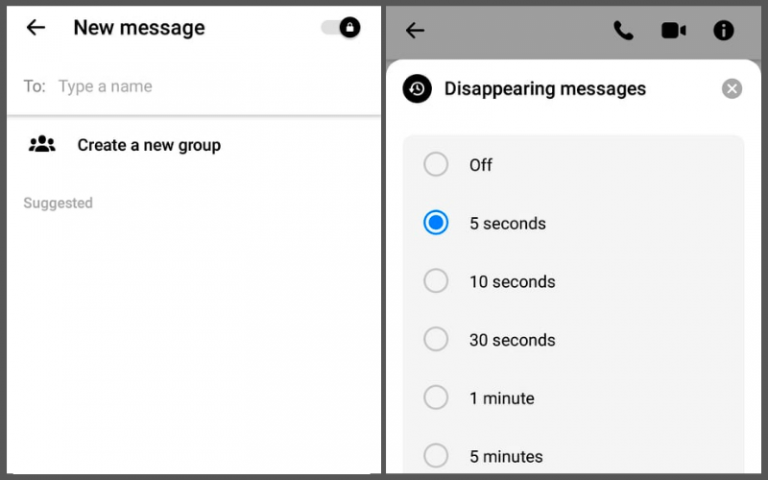 Also read: The ‘Facebook Profile Lock’ and How Filipinos Can Do It Locally

Quite notorious for its security issues and data breaches, Facebook earlier announced that it plans to add end-to-end chat encryption as a default feature on Messenger. However, the company noted that this won’t fully arrive until 2023. Until then, make sure to toggle Secret Conversation and enable disappearing messages to avoid some serious Marites behaviour.

Previous ArticleIgorot Stone Kingdom: What to Know + Insider Tips for Travellers
Next Article10 Scented Candles to Make Your Room Smell Like a Spa