Last 10 Oct 2022, township developer Megaworld Corporation opened what has been lauded as “the most beautiful McDonald’s” in the Philippines. Located at The Upper East in Bacolod City, this new branch treats customers to more than just their favourite eats. Going out of town to visit the City of Smiles? Here’s everything you need to know about the most beautiful McDonald’s in the Philippines and why it should be your first stop on your trip! 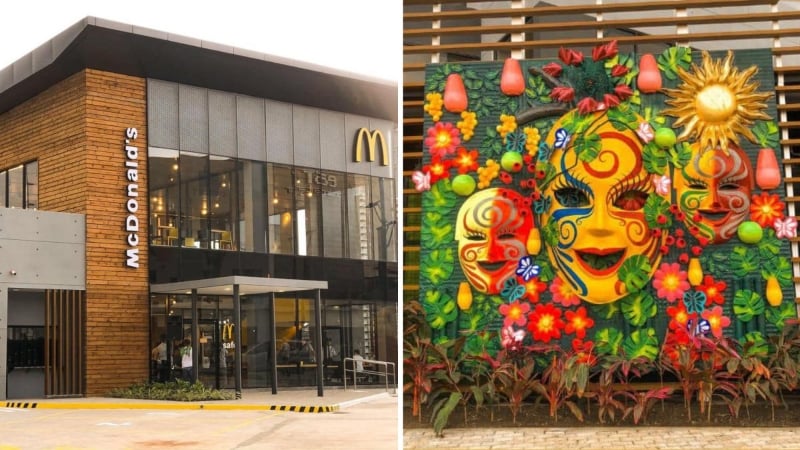 A new addition to Bacolod’s must-visit attractions is Megaworld’s second McDonald’s store inside The Upper East, a 34-hectare township. The branch boasts state-of-the-art facilities heavily inspired by the city’s culture and traditions, like the world-renowned MassKara Festival. The most recognisable motif reminiscent of Bacolod would be its colourful giant mask designed by local artist Jojo Vito. Apart from being the most beautiful McDonald’s in the Philippines, it also houses the biggest al fresco dining area in the country. Dine among its benches and stroll along its landscape park.

Grab your sweet treats at its outdoor dessert and coffee train station, a replica extension of the century-old BMMC train. Dine among its benches and stroll along its landscape park. For bikers and cyclists on the go, you can enjoy your McDonald’s faves in its Bike & Dine.

Also read: Where to Eat in Bacolod: My Top 7 Restaurant Picks 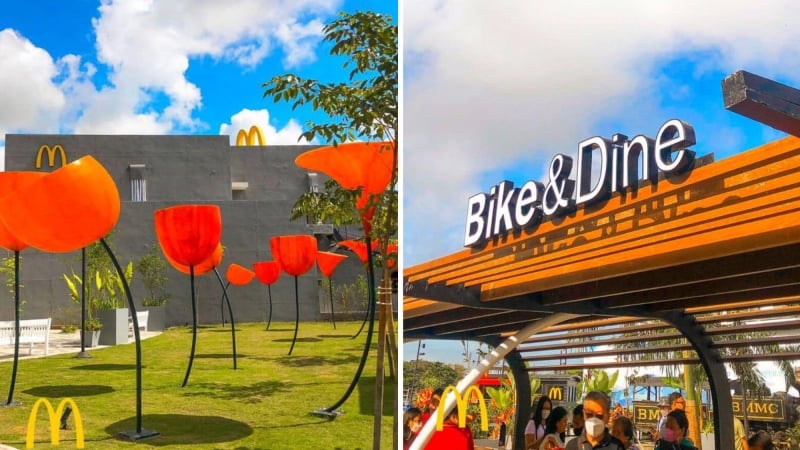 With this new design scheme, it ultimately hopes to deliver its customers a one-of-a-kind dining experience while highlighting Bacolod’s charm. A little-known fact: Only a select few outlets of the fast food giant have adopted this innovative layout, another one being Pamgpanga’s “biggest” McDonald’s store, which opened in 2020. Now, that’s what you call design with a purpose!

While you’re at it, don’t miss out on these exciting activities and spots in Bacolod:

Also read: 15 Festivals in the Philippines to Participate Every Month

We can’t wait to step into the gorgeous branch of McDonald’s, and we bet you’re excited about it, too! Got other plans for your trip to the City of Smiles? We’d love to hear more about your Bacolod whereabouts on our official Facebook page!