How to Say “NO! You Can’t Take My Reserved Seat”

Okay, I think someone has to say it. So you boarded the aircraft, said hi to the lovely cabin crew, looked for your designated seat, then voila: someone has already taken your seat, with eyes closed, pretending to be asleep or busy with their phones. When you tell them it’s your seat, you’d be lucky enough if they take their assigned seats without so much fuss. But most of the time, it is intentional and they ask if you can swap seats with them. Yes, it happened to me countless times before in my solo travels, and I’m pretty sure to you as well. Some are kind enough to switch seats to the delight of the one asking; others decline, to the dismay of the other passenger. But if the passenger gets irate for being declined to take your seat (yes, they exist!), how do you deal with them? Do we heed to their request?

Also read: 10 Awkward Struggles Every Solo Traveller Has To Deal With

On my July 10 Cebu Pacific Hong Kong-Manila flight, I was travelling with my sister who is very sensitive to aircraft motion. We asked the airline crew at the check-in counter to reserve the aisle seat so my sister can conveniently go to the toilet should the need arise. At the plane, a fellow Filipino has taken her seat, so I asked politely that they switch seats with my sister. The basic bitch with a ₱199-look rebonded hair murmured: “Ano ba yan, para sa upuan lang“, with matching eye roll. I usually do not want to be involved in any trouble when I’m with my family or friends, so I let this one pass.

On my May 12 Saudi Arabian Airlines Riyadh, KSA-Manila flight, I purposely reserved the window seat for one reason: it’s a nine-hour long flight and I have to be at my most comfortable seat so I can sleep during the long flight. The woman beside me asked if she could swap seats. I politely declined saying I’m not comfortable being stuck in the middle for long haul flights. The girl responded: “Same here. I’m not comfortable here. Can we swap, please?”, to which I replied: “Really no, sorry.” And I slept.

Are we obliged to swap seats?

I have been to many trips before, both foreign and domestic, and had countless encounters with passengers asking (aka: begging) me or other passengers to switch seats. At times, I heed to their requests; most of the time, I do not. When someone asks to swap seats, I ask why. Unless it’s a life and death situation for the passenger asking/begging for my seat.. it’s a big fat NO, we are not obliged to grant their request. Unless, it’s the airline personnel who asks you to do so for security concerns, but that’s another story altogether.

I rarely pay to reserve seats. I think the ₱200 seat fee is an unnecessary expense which I could spend elsewhere – that’s already a massive meal in Saigon, Vietnam or a well-deserved massage in Bangkok, Thailand. When I really want that window seat for travel video documentation purposes, I go the extra mile by either paying a few hundred bucks to book that seat online OR by going to the airport earlier than the rest and asking the check-in counter attendants to book it for me. On the other hand, if the passenger is also unwilling to spend money to reserve seats online AND is not able to request at the check-in counter to book their desired seat.. then bitch, you can’t pull out the “Makikisuyo lang naman eh” card. I’m never gonna buy that, no one should.

Also read: My Experience Flying Long-Haul on a Budget Airline – It’s Better Than You Think!

The next time someone asks you to swap seats with them, by all means, decline if you don’t want to. If they make a fuss about it, advise them that next time they should pay and book their preferred seats online or check-in early at the airport and ask counter personnel to book it for them. The seating arrangement is there for a reason. Otherwise, it should have been a “free seating” arrangement open for everyone, on a first-come, first served basis.

Let’s start practising this aircraft etiquette, shall we? 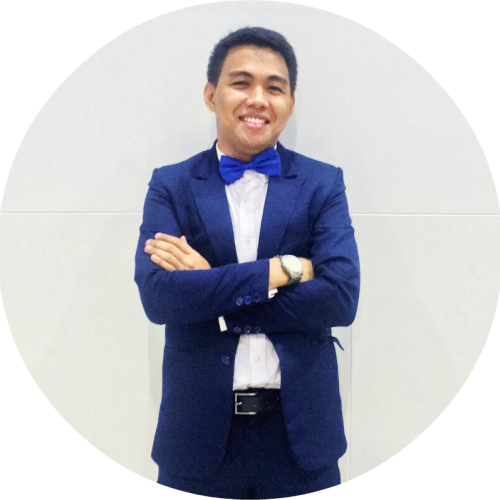 Jan Patrik Laroya calls himself the Filipino Solo Backpacker. He is a 27-year-old Makati-based Certified Public Accountant, working as a Senior Auditor in a top audit firm in the Central Business District. On his free time, he blogs about his solo travels and gives out tips for aspiring solo budget backpackers. He is the blogger behind janpatrik.com.

Previous ArticleSouth to North Thailand in Two Weeks for Only ₱17,000
Next ArticleOur Barkada Travelled 3 Days in Taiwan & Spent Only ₱10,800 Each