Misamis Occidental Series: What to See & Do in Ozamiz City

Let me share my experiences in travelling to seven destinations in Misamis Occidental, as part of a three-day tour organised by the Department of Tourism (DOT). I was one of four travel bloggers lucky enough to be chosen for this trip.

Also read: 12 Fun and (Almost) FREE Things To Do in Mindanao

Note: I didn’t research online about these places at all. While I could’ve now that we have the Internet and social media, I wanted to surprise myself by visiting these places and to see what they have to offer.

Because this blog post will be pretty long, I decided to discuss one destination at a time. The rest I will reveal in subsequent posts.

We landed at the Labo Airport, also known as Ozamiz City Airport, at around 6.30 in the morning, and were welcomed by Carlston Maglangit, a DOT Region 10 representative. We then boarded a van, which served as our service for the entire three-day tour, and headed to a hotel to check in our stuff and grab some food for breakfast.

Due to misadventures, our escapade in the city started a bit late at around 9.40am. After filling our tummies, we proceeded to our first stop.

Constructed in 1756, this attraction is one of the handful Spanish colonial fortresses in the country that remained intact. It was declared as a National Historical Landmark on 13 March 2002. Also known as Cotta Fort, it served as the Philippine Constabulary’s headquarters when the Americans ruled the country from 1898 to 1946. Japanese imperial forces used it as a garrison during World War II.

A lighthouse, with a view of the Pangul Bay, stands here as well. This attraction also houses a museum and a souvenir store. After exploring this spot, we then proceeded to a nearby spot to light some candles.

The image of miraculous Nuestra Señora de Triunfo de la Cruz, locally referred as the Birhen sa Kotta, was carved in 1758 and has since been the object of pilgrimage in the city. According to legend, the Birhen sa Kotta’s intercessions saved the fort from even the most severe Muslim attacks that time and bestowed miracles.

We lit some colour-coded candles here at ₱5.00 each. The colours include red for love, green for money, and orange for career. If you believe in this, you should make a stop here and light some up. Who knows, your prayers will be heard and your miracles will happen—including meeting your forever finally.

We then proceeded to a parish. 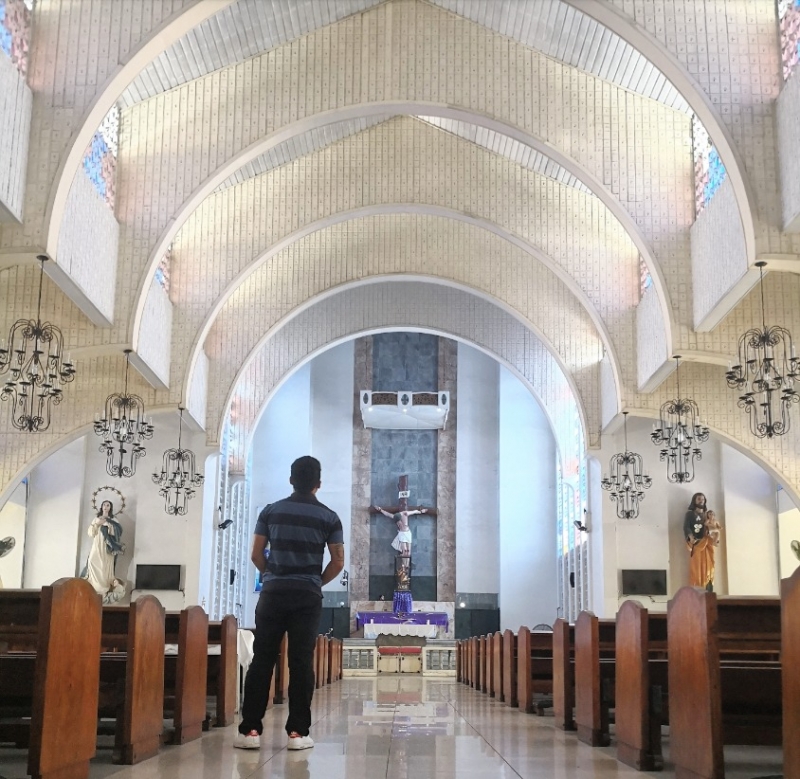 Here’s an interesting story I learned. The Blessed Virgin Mary statue (Birhen sa Cotta) went missing in 1975 and remained that way for 42 years until someone found it in an antique show in Manila. Someone then bought the statue, and upon learning its history, brought it back to its rightful place. Hundreds of devotees welcomed the statue’s arrival at the airport last December.

The statue returned a few months after the deaths of the former Mayor Reynaldo “Aldong” Parojinog, his wife and thirteen others. Some locals couldn’t help but wonder why it returned after the clan’s rule in the city ended. What an interesting coincidence, yeah?

Okay, I don’t want to this piece to sound political. Haha! After taking some snaps of this lovely church, we then headed to a resto for some refreshments. 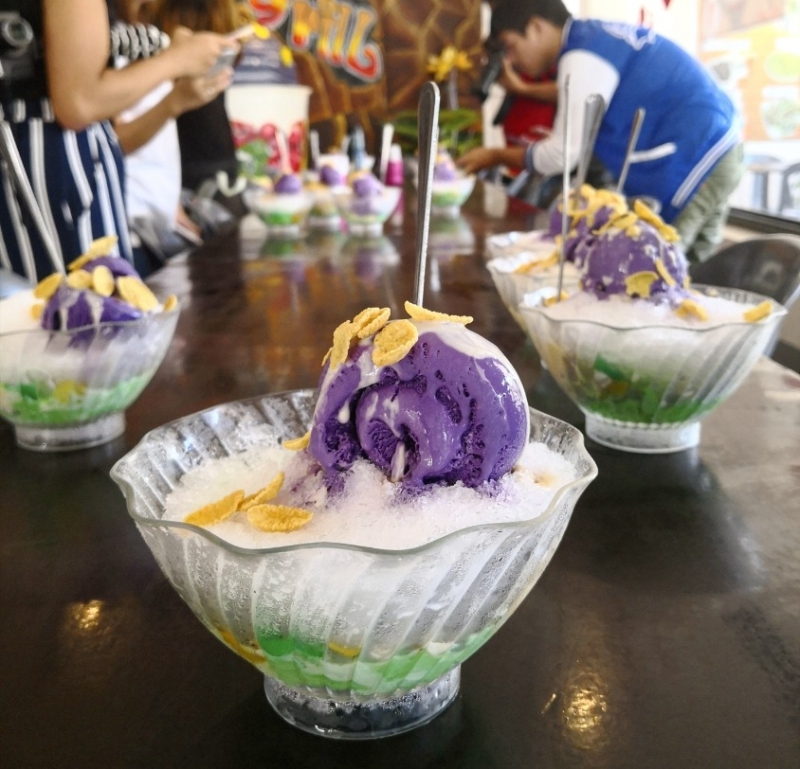 Since it was a sunny day while we were touring around the city, we paid a visit to Mon’s Grill to try its ‘best’ halo-halo, a popular Filipino dessert made with mixed fruits, sticky shaved ice, and sweeteners, among others. Upon arriving, the tarp outside got my attention, which reads “Ang pinakalami nga halo-halo sa tibuok kalibutan!” (The tastiest halo-halo in the world). The establishment is said to be a city attraction owing to this speciality. The desert is indeed one of a kind. That’s it!

Include this place in your list if you are visiting the city. Intersecting Ledesma Street and St. Columban Drive, the two-storey Spanish ancestral house offers a glimpse of the past.

Inside the house is an old, majestic stairway that leads to a room full of old furniture, wooden trunks, antiques, some black and white photographs, capiz windows, etc. Dr. Jose Rizal, the country’s national hero, reportedly slept there for three days.

If you are an avid fan of old structures, this spot is a must visit. The ground floor, however, has been converted to some stores. After our visit here, we went back to Cotta Fort for a sumptuous lunch.

There are other attractions in the city but since we had a limited time, we weren’t able to visit all of them. Here are some for your perusal (the list is not exhaustive though):

It is best to visit this city in July, on the 16th to be exact, as its Charter Day—the feast of the Nuestra Señora de Triunfo of the Cross—and the Subayan Keg Subanon festival are celebrated on that day. December 8 meanwhile is the Feast of Our Lady of Immaculate Conception. On the other hand, the city holds the Sr. Sto. Nino Fluvial Parade and the Balanghoy Festival every 4th Sunday of January and May, respectively. If your schedule won’t permit on these occasions, any month will do as this city has never been hit by a typhoon. So you don’t have to consider the wet season.

After a sumptuous lunch, we had a small chat with the acting mayor, Girlet Luansing, and asked her what lies ahead. With the many not well-known but worth seeing destinations in the city, will she turn it into a popular tourist destination in Mindanao? How will she take advantage of the magnificent heritage sites in promoting the city? She mentioned that remodelling and improving Cotta Fort is one of her main projects in boosting the city’s tourism industry. Plans in expanding the city’s airport are also underway to cater more flights. As the city moves on under her rule, her plans look promising.

Will she make this city as the talk of the country before her interim role ends? We can never tell. But here I am, among other bloggers with DOT, helping the city in promoting its rich culture and history through this article. This destination SHOULD be on your to-visit list. Knowing its history and culture is definitely worth the plane ride from Manila. And mind you, it is safe here.

Off we went to Tangub City. Blog post about this promising city soon.

Previous Article13 Emotional Stages You Go Through On A Long Layover
Next ArticleOur Squad Goal in Bali: A Personalised Guide & Tips