On Shutting Down Tourist Spots — Should Palawan Be Next?

Pristine beaches. Subterranean wonders. Underground rivers. Crystalline lagoons. Mystical caves. Once upon a time, these were the words that I, and probably many others, associated Palawan with.

Sadly, there’s now enough reason to contest to these descriptors. Last August 2018, a shocking video circulated around Facebook. In it, viewers found a hefty amount of trash floating in one of El Nido’s most prized charms, the Secret Lagoon. This event brought us to remember what happened to Boracay. A year back, an infamous video of sewage floating towards the island’s waters brought President Rodrigo Duterte to hail Boracay as a “cesspool.”

Following this, the president ordered for a full-blast rehabilitation. Boracay was shut down for six months.

Right after this, news spread that the government looked towards shutting down other tourist spots as well. On November last year, the Department of the Interior and Local Government (DILG) Secretary Eduardo M. Año confirmed that Palawan was one of the sites they were watching closely. El Nido and Coron, he said, are next in line.

Looking back, we immediately heard several qualms about shutting Boracay down. To further understand the concept of tourist spot rehabilitation, let’s review some of the issues that hit the limelight.

Boracay, although not as pristine as before, has only grown more and more into a crowd favourite. With this, many of us thought that shutting it down would significantly affect our national economy.

Think about it. Two million tourists flocked to the island in 2017 alone. Thanks to them, Boracay tourism earned over ‎₱56 billion that year.

Palawan tourism runs closely to Boracay’s. The province attracts over a million tourists annually as well.

We’d think that closing down world-acclaimed islands would mean sacrificing potential tourism income. But, the National Economic Development Authority (NEDA) Director for National Policy and Planning Reynaldo R. Cancio predicted that the six-month closure of Boracay would only affect the country minimally. Following this logic, we may assume that the same can be said about Palawan if ever it shuts down. Before Boracay shut down, over 30,000 workers feared displacement. In reports, local employees lamented that the sudden closure affected them negatively.

The issue stood beyond the shutting down of the island. Workers had not enough time to seek new jobs. Some business owners quickly relocated their establishments upon the announcement of rehabilitation. But, not everyone was lucky enough to have ample savings for immediate relocation.

Although workers were given the benefit to join clean-up drives which guaranteed them a small incentive, it failed to sustain them and their families. With their welfare at stake, laborers petitioned against the Boracay closure. As we know, these protests were left unheard.

The sudden displacement of small-time workers brought flack to the government. Critics argued that the government merely meant the closure of Boracay to drive them away in place of larger scale establishments — such as the controversial US$500 million casino.

Further on, the immediate road developments and house demolitions forced numerous non-residents to leave the island. Again, these people only had a few days notice and barely any housing alternatives.

If Palawan were to suffer the same process, we see over 800,00 residents getting affected. 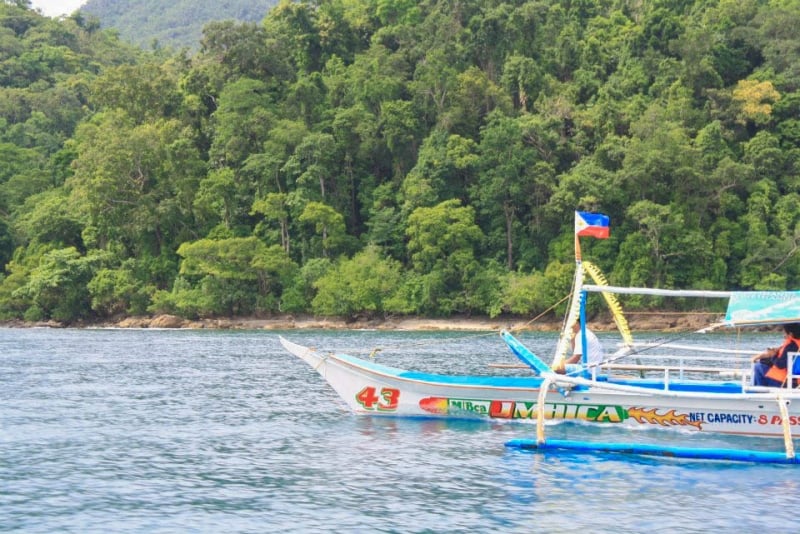 With everything sacrificed for the rehabilitation, how exactly is Boracay now — environmentally speaking?

Some reports revealed that days after Boracay’s reopening, the island already attracted tourists who managed to trash the place despite the new regulations against partying, littering, and smoking.

Even with the passage of the municipal ordinance to ban single-use plastics, reports say that establishments still continue to offer straws, PET bottles, and plastic bags.

This being said, the government is firm that Boracay is a work in progress. Officials say that it will take some time, even after its reopening, for Boracay to fully heal. We can expect stricter implementation of environmental regulations in the following months. If everything goes as planned, the rehabilitation will continue until the end of 2019.

Amid imperfections, the rehabilitation has slowly been bringing back the old charm of Boracay, according to most locals and tourists. Closure of businesses and local livelihoods aside, Boracay’s development is one that Palawan aspires towards.

As the classic saying goes, prevention is better than cure.

Fortunately, Palawan isn’t doomed for an overwhelming shutdown. Año has earlier clarified that the government would hold off closing the province. To this, local employees and excited tourists may rejoice. Even so, rehabilitation would still occur in the form of clean-up drives and stricter law implementations.

Because of the threat of shutdown, officials and residents are now more serious in preserving the natural wonders of their lands. As of 2018, the local government of Palawan has closed 22 establishments for violating environmental laws. The Department of Environment and Natural Resources (DENR) has also increased surveillance around the tourist destination.

Also read: The Fault in Our Wanderlust: What Travellers Should Know About Tourist Spot Rehabilitation

Now that people have realised the grave effect of mindless travelling, sustainable tourism has grown more and more popular. Ultimately, we believe that it all boils down to commitment and discipline — from individuals, the government, and big-time establishments — to keep the Philippines as beautiful as it should be.