15 Places To Visit in Moscow, Russia During the Winter

Do you remember the time when you were taught about the world’s seven continents in school, and how your teacher showed where they were located on the world map? I do. Only I wasn’t paying that much attention since I was immediately intrigued as to how gigantic one of the countries was — Russia. That’s when my curiosity about stepping into this country started.

Russia is the world’s largest country, a nation that is in both the continents of Europe and Asia. For Philippine passport holders, we have two options on how to obtain an entry visa to the country. One of them is by applying for a Russian free electronic visa (e-Visa), which is only applicable to St. Petersburg and the Leningrad region. It will also allow Filipinos to stay in the said Russian territories for eight days. The point of entry and exit will be through the checkpoints at the Far Eastern Federal District and Kaliningrad Oblast.

Also read: How to Get a Russian E-Visa for Philippine Passport Holders

But since my husband and I were aiming to step into Russia’s capital and most populous city, Moscow, we had to apply for a Russian Federation Tourist Visa. So, we had to prepare for the following: 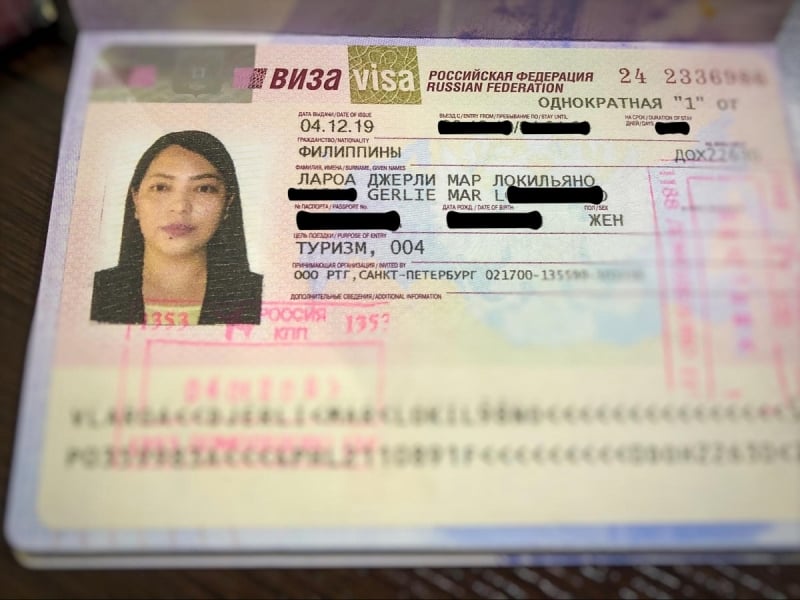 And, voila! We retrieved our passports with stamped visas after three days.

Moscow is the heart and cosmopolitan capital of Russia. It is also the northernmost and coldest megacity in the world! Here are 15 places to visit in Moscow, Russia that you can strike off your bucket list during the city’s winter season. 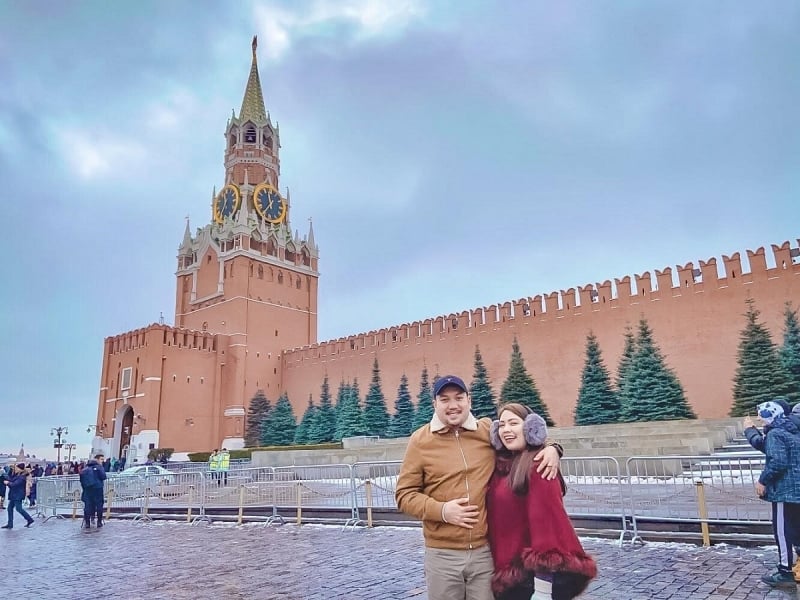 The Kremlin is the symbol of both Russian and (for a time) the Soviet Union. Today, this medieval city-fortress serves as the official residence of the President of the Russian Federation. The Red Square remains to be the beating heart of Russia along with Moscow’s fascinating architectural jewels. It is considered to be the central square of Moscow since the city’s major streets, which connect to Russia’s major highways, originate from the square. It is also one of the UNESCO World Heritage Sites in the city! The famous onion domes of Saint Basil’s Cathedral are some of the most recognisable symbols of Russia. Originally known as Trinity Church and later Trinity Cathedral, it is shaped like the flame of a bonfire rising into the sky. 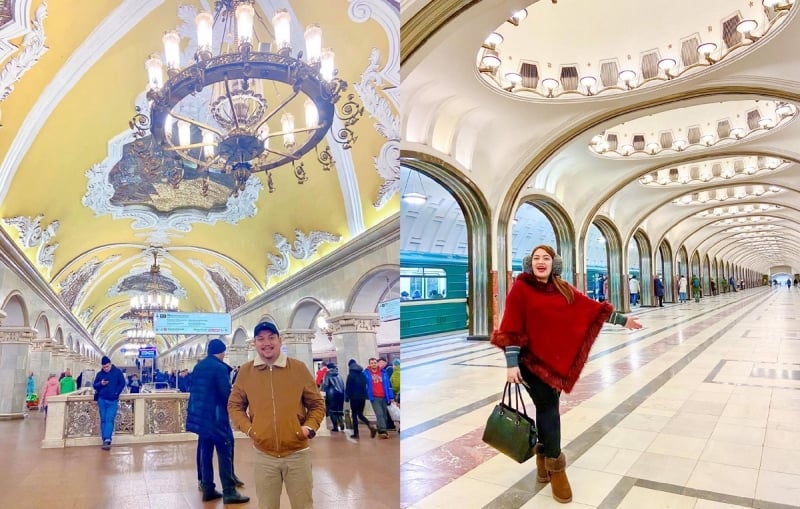 The Moscow metro system has several lines that run through the city. Some are located deep underground, so the escalators leading to the station tend to be a lot longer than anyone would imagine. Many cities don’t make an effort, or at least haven’t considered, to make their metro stations architecturally attractive. But for Moscow, it’s a different case. In fact, in this city, the metro was originally built as an architectural attraction on its own!

5. The Cathedral of Christ the Saviour 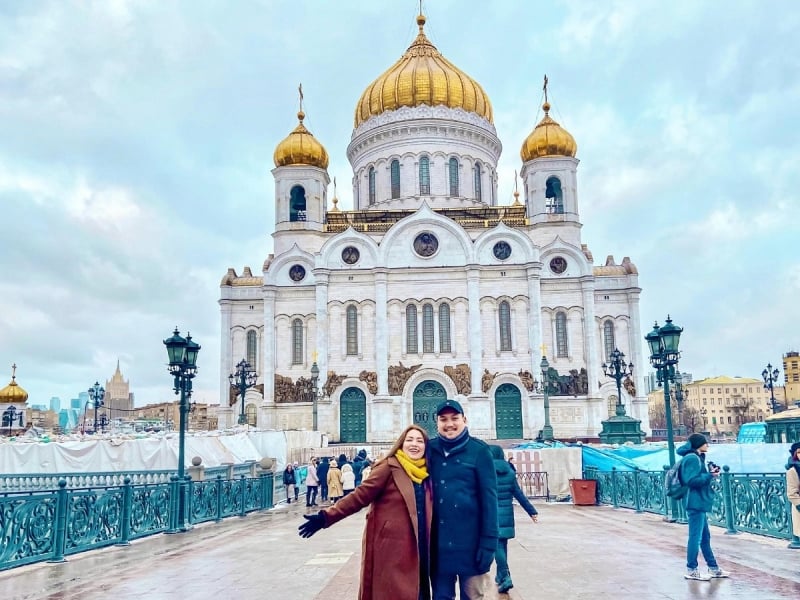 This cathedral is deemed to be the most important cathedral in Moscow. It is the highest Orthodox temple in the world and the seat of the Orthodox Patriarch of Moscow. Its largest dome was gilded with a then-new technique called “gold electroplating”. Previously called New Maidens’ Convent, the Novodevichy Convent is a functioning monastery that also deserves a slot in your list of places to visit in Moscow. Women are advised to cover their heads and shoulders when entering the churches, while men are advised to wear long pants. Its white Smolensk Cathedral is the oldest and most dominant building on the grounds. 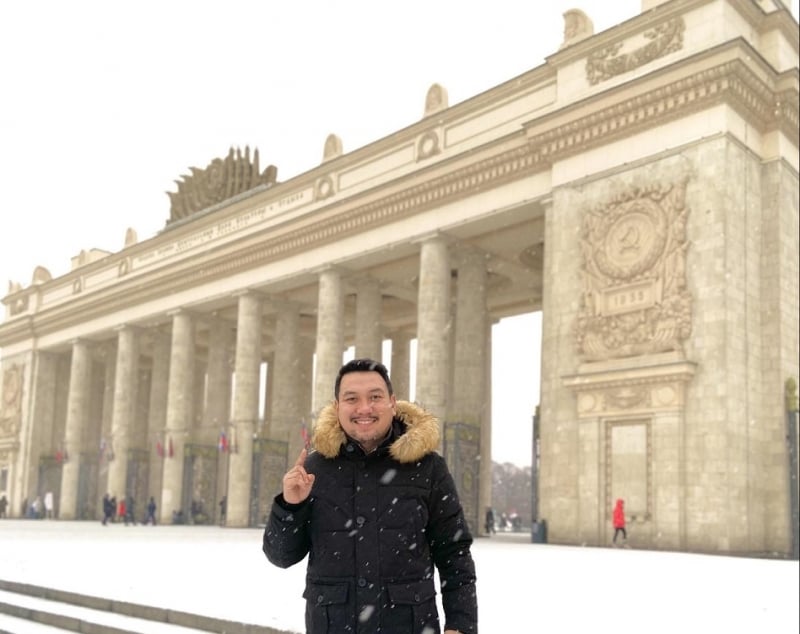 Gorky Central Park of Culture and Leisure is a central park in Moscow which was named after Maxim Gorky, a Russian writer and political activist. In the winter, Gorky Park turns into a shimmering winter wonderland that features an ice skating rink available to the public. 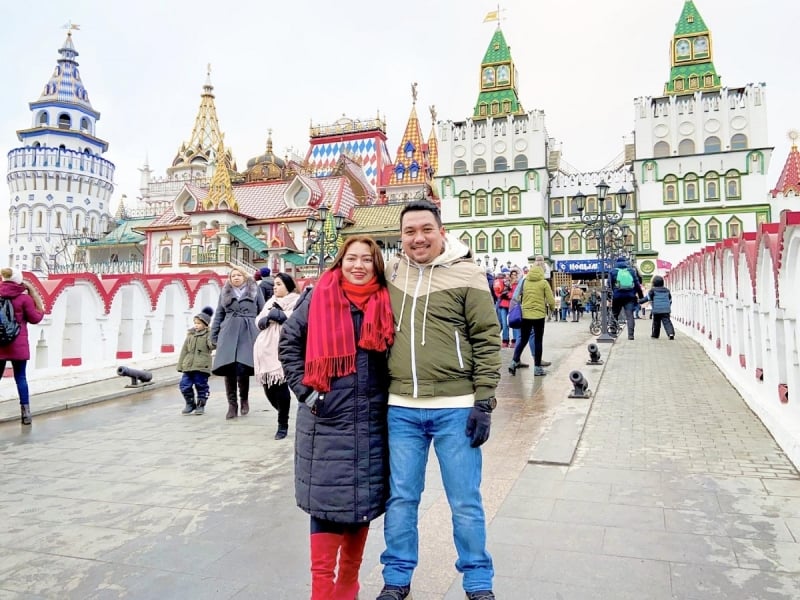 One of the top flea markets in Moscow, the Izmailovsky Market is the best place to shop for authentic hand-made Russian beautiful crafts and unique souvenirs in the city. 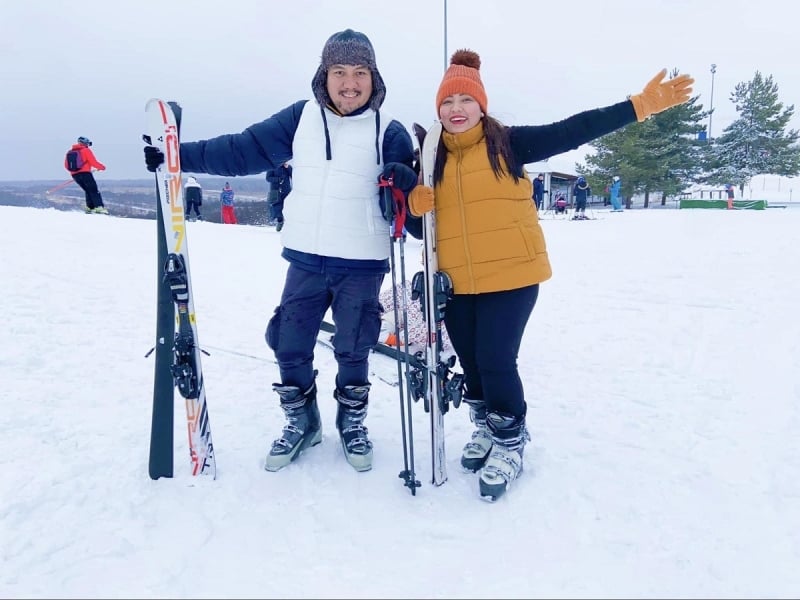 Only two hours away from the Moscow city centre, the Volen-Stepanovo Ski Resort is one of the best ski and snowboard resorts in the Moscow region. You have the option of going there by train or taxi. 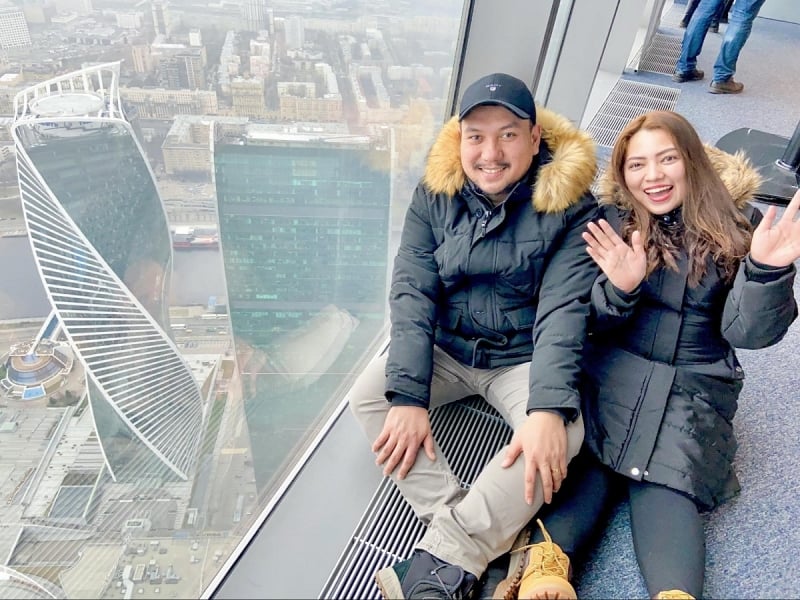 11. The highest chocolate and ice cream factories in the world 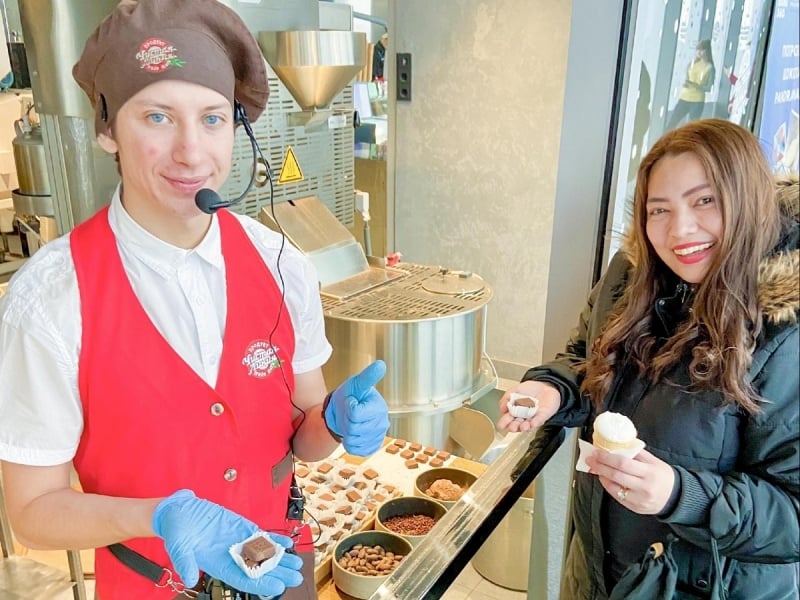 Located on the 89th floor of the Federation Tower in Moscow are the world’s highest ice cream and chocolate factories. Visitors to the observation deck of Panorama 360 can watch the full cycle of chocolate production — from crushing cocoa beans to moulding finished products. You can also observe the ice cream production and even taste a serving for free!

12. The decorated streets of Moscow 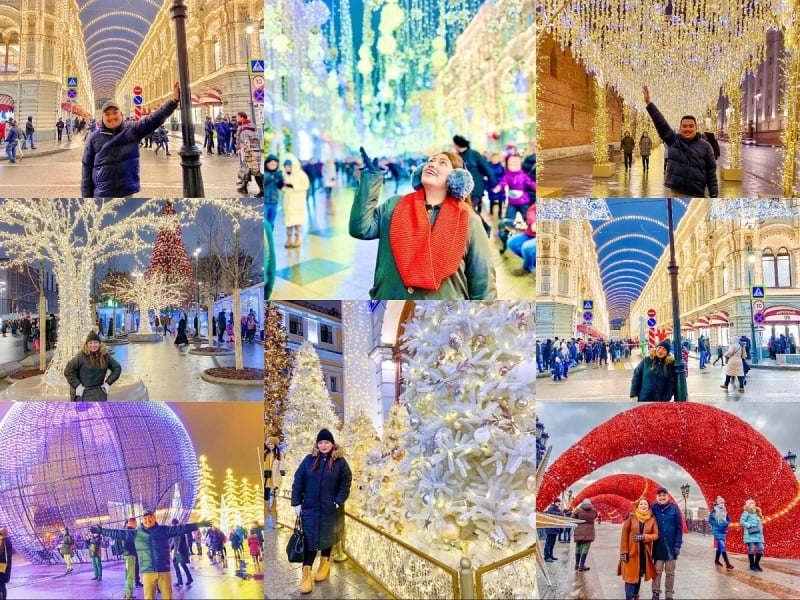 Moscow has a long-standing tradition of decorating city streets for the New Year and Christmas. As a visitor, you can revel in the fun and festive sceneries while braving the chilly temperatures outdoors. 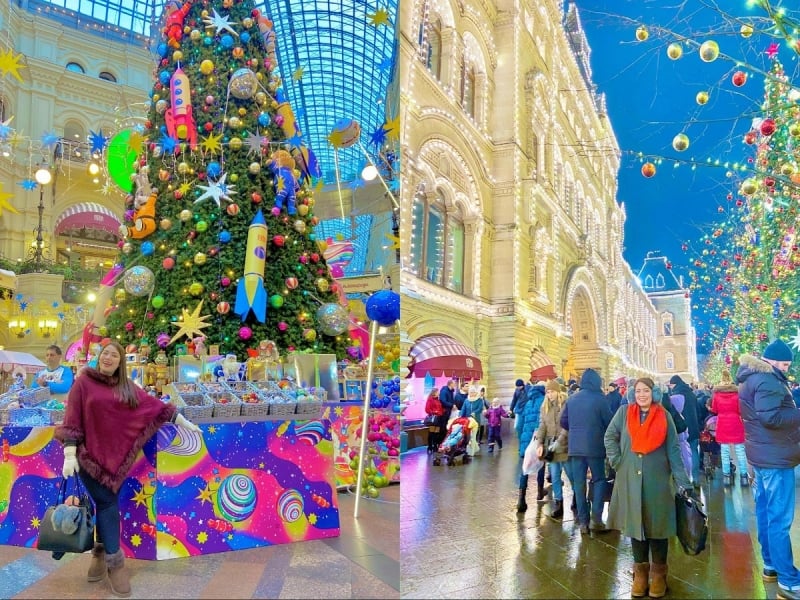 The GUM is both an architectural landmark and a luxury shopping centre. It the largest department store in Russia situated on a traditional market site on the northeast side of Red Square in Moscow. 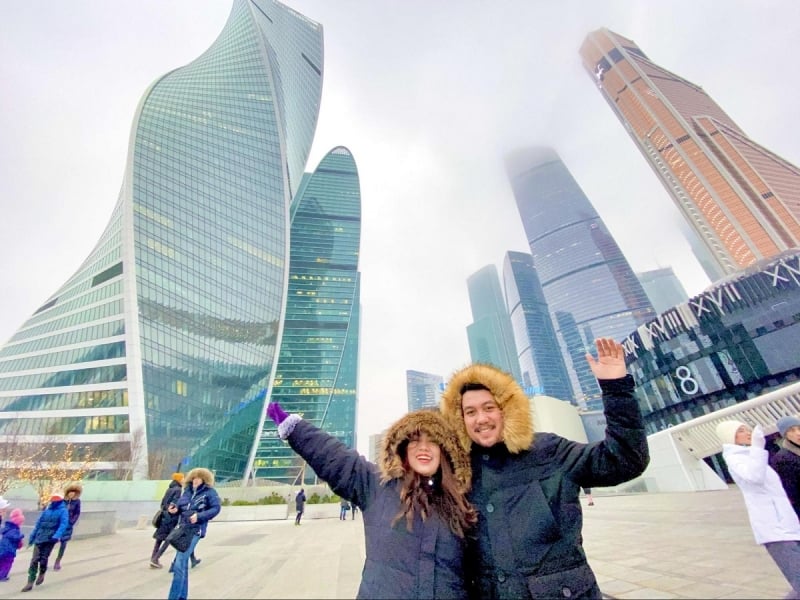 Currently the largest modern skyscraper complex in Europe, the Moscow City or Moscow International Business Center (CINM) is home to the largest Russian companies and foreign multinationals. The Federation Tower, the highest of the buildings and comes with an observation deck, is made up of two skyscrapers located in the centre of the complex.

15. The Moscow city centre itself 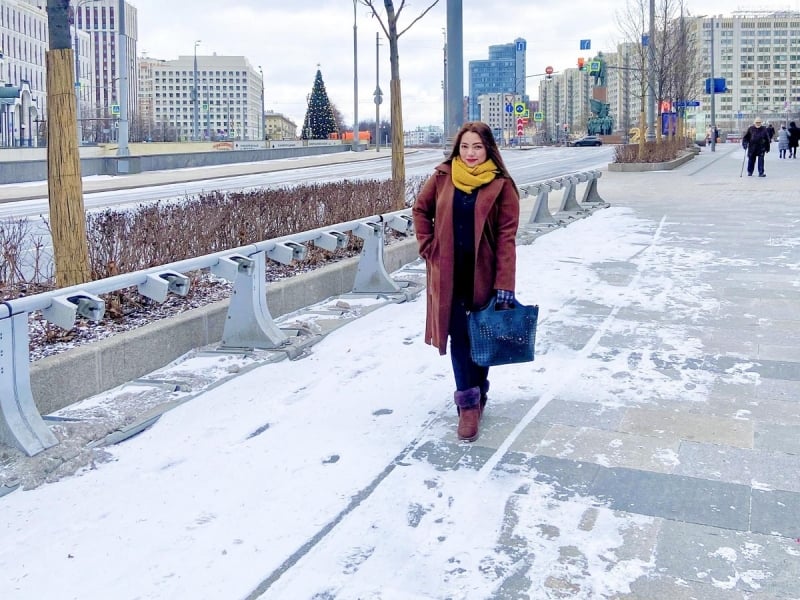 A no-brainer, but if you happen to have spare time, you can also always explore Moscow’s city centre itself, the largest attraction of all. Who knows what you’ll discover while wandering around this massive city?

Also read: 8 Incredible Reasons Why You Should Travel to Russia

To wrap up, always check the daily weather forecast in the city. If you’re lucky and it’s forecasted to have snow showers at particular hours of day, it really happens! Also, invest in winter garments that can help you withstand the cold, wind, and snowstorms. Layering clothes and warmers are your best friends during this time of the year.

There is no doubt that Moscow is a dreamy and glorious place to visit during the winter season. So treat yourself by enjoying the magical views and activities the city has to offer! 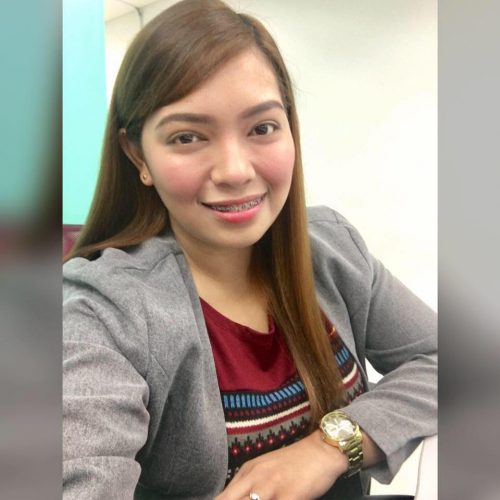