In case you missed it, the Philippines has yet again landed in the list of countries with worst traffic, placing first in the ASEAN and overall ninth in the world. But with the newly opened Skyway Stage 3, this might just finally change.

In the ASEAN region, the Philippines was followed by Indonesia, Thailand, Malaysia, Singapore, and Vietnam. Globally, Nigeria was found to have the worst traffic among all the places covered. Then, there’s also Sri Lanka, Kenya, Bangladesh, and Egypt. Austria came out with the best traffic conditions.

Skyway Stage 3 to the rescue

Aiming to revamp the list and redeem the Philippines’ reputation in the traffic situation, San Miguel Corporation (SMC) has officially opened Skyway Stage 3. As of 5am on 15 Jan 2021, motorists can use all seven lanes of the 18-kilometre expressway. 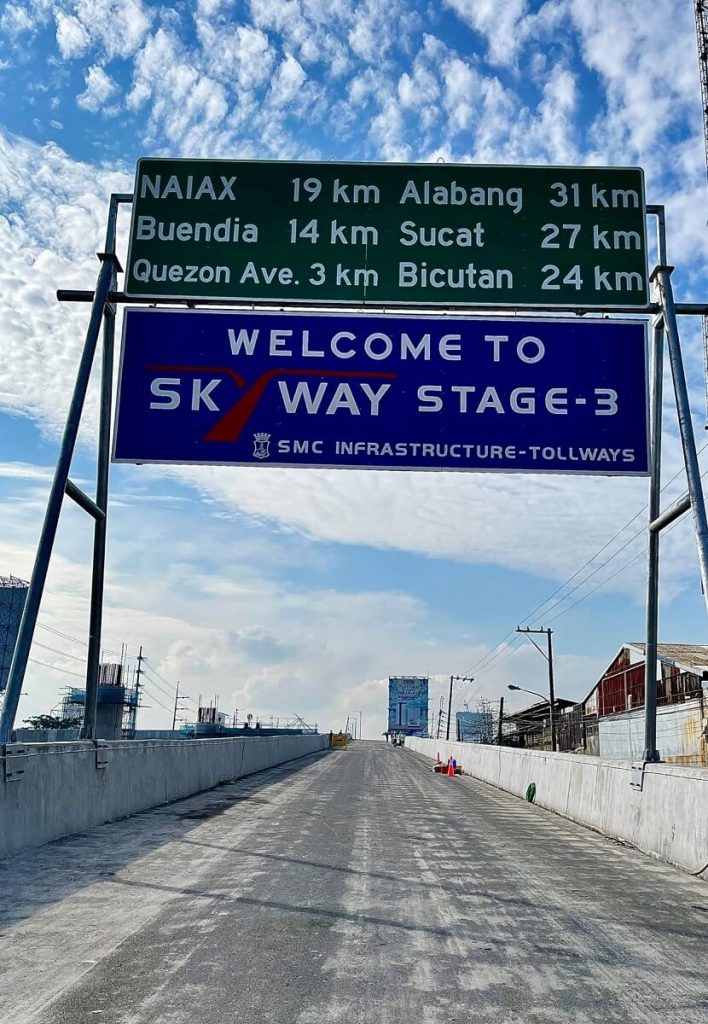 Connecting the South Luzon Expressway (SLEX) and North Luzon Expressway (NLEX), the new Skyway Stage 3 would reduce travel time between the two to only 30 minutes. Between Makati, one of the busiest cities in the Philippine capital, and northern Metro Manila, it would only be 20 minutes.

A recent story on AutoIndustriya likewise detailed a Cavite resident’s experience of the expressway. From Bacoor to Quezon City, it took driver Anton Andres less than 40 minutes while travelling on an average speed of 54 kilometres per hour. Meanwhile, Skyway Stage 3 has a speed limit of 60 kilometres per hour.

Also read: How to Use Moovr PH, the First Bike and E-Scooter Sharing Service in the Philippines

With more vehicles using Skyway Stage 3 starting 2021, Filipinos can enjoy smoother traffic low in other major thoroughfares in Metro Manila. But that’s not all, those who will use it until February 2021 can enjoy toll-free access, which is part of SMC’s opening benefits.

In addition, SMC President and Chief Operating Officer Ramon Ang announced on 20 Jan 2021 that more than 10,000 medical frontliners can enjoy toll-free access to the new expressway indefinitely. This applies to doctors, nurses, and other medical workers working who are helping in the fight against COVID-19 in the Philippines.

Upon inquiring with AutoSweep, SMC’s cashless payment service, only medical frontliners who have already registered in 2020 for their special RFID stickers can avail of the Skyway Stage 3 toll-free access. If your vehicle has the sticker, you can conveniently pass the expressway’s toll gates and be exempted from paying the toll even after February.