History tells us that in March 1521, the Philippines was “discovered” or claimed by Portuguese explorer Ferdinand Magellan during the first circumnavigation of the world. To mark its 500th anniversary, the Spanish ship Juan Sebastián Elcano sailed to the Philippines and landed in Cebu on 20 Mar 2021 in a historic expedition.

Elcano is a training ship of the Spanish Royal Navy. It left Spain in October 2020 and intends to return by June 2021. But not after spending a full week in the Philippines, followed by several more stops including one in Indonesia.

The Spanish ship first arrived in Samar few days prior. Upon its arrival at the Queen City of the South, it was welcomed by the Philippine Coast Guard and Navy ships.

Cebu City officials and Spanish Embassy Deputy Head of Missions, Amaya Fuentes Milani, were also there to greet the crew led by Captain Santiago de Colsa in a formal ceremony.

But that’s not all the welcoming they received.

Also read: Top Places And Things in Spain That Filipinos Can Relate to

The men on board the Spanish ship

While in Cebu, Elcano’s 62 crew members loaded and unloaded provisions. They also conducted repairs in preparation for the rest of their trip. And while they were not allowed to disembark for safety reasons, they did not fail to catch the Cebu crowd’s attention and the rest of Philippine social media.

In a series of social media posts, Filipinos lauded the crew members for taking part in the commemorative activities. They also expressed their admiration for the guests, whose captivating looks and socially distanced warmth certainly stood out according to offline and online comments made by onlookers and netizens.

Some of them you’ll totally relate to. The rest might give you a good, innocent laugh or two. Here are a few compiled from Hospitality Problems and The Freeman on Facebook. 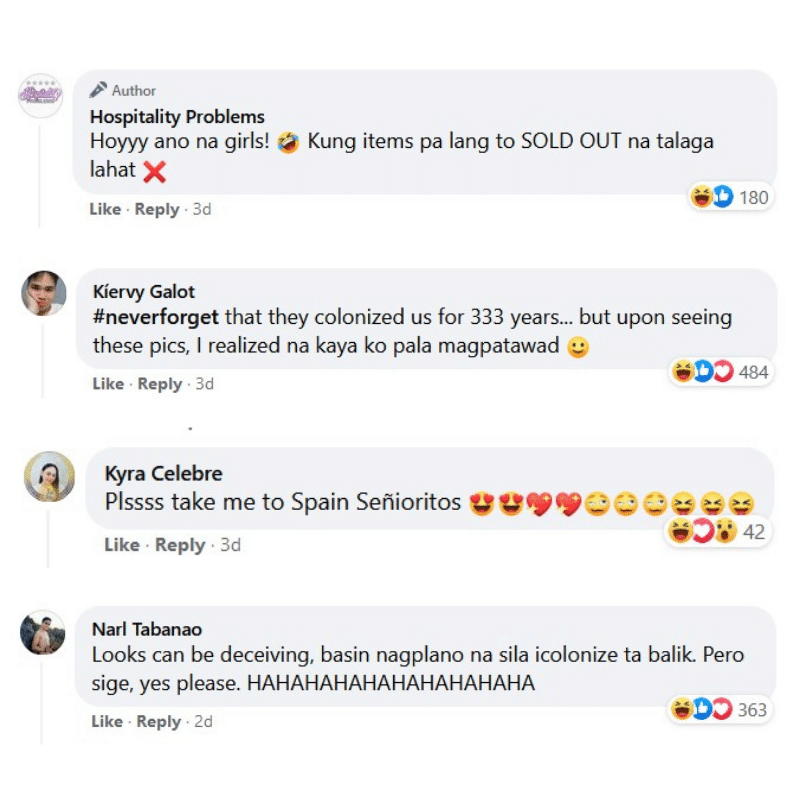 Others, however, did not take the visit well, saying that Filipinos should not forget the long history between Spain and the Philippines. The Spaniards, as you know, colonised the Philippines for more than 300 years. To this day, remnants of Spanish culture can be seen locally, from religion and language to food and architecture.

Also read: Spain Is One Of The Most Beautiful European Countries I’ve Ever Seen 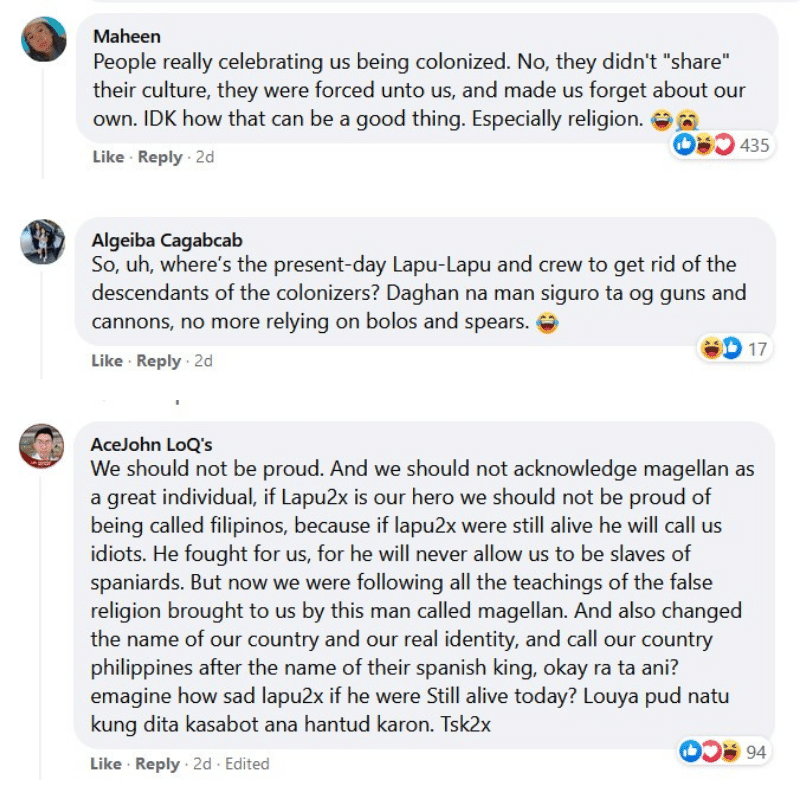 With all the admiration for the Spanish ship guests, it leads one to think: Have Filipinos decided to forgive the Spaniards because of these “overly” welcoming gestures? Or were they merely trolling social media to join in on the wave? Either way, these netizens sure showed how hospitable and fun Filipinos can be no matter the event.