By now, anyone who hasn’t been living under a rock is at least familiar with Squid Game, which is probably 2021’s hottest Netflix series. If you’re reading this, we can imagine you’re either curious about all the hype or still suffering from Squid Game hangover. Either way, you’ve come to the right place. We’ve gathered some of the coolest and most interesting Squid Game facts that’ll make you appreciate the show a whole lot more!

Squid Game facts that you probably didn’t know about

1. The series was inspired by the director’s’ real life 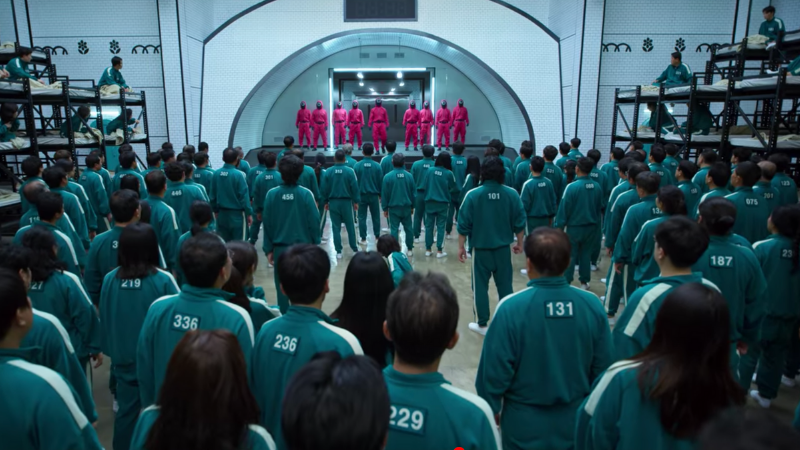 Upon finishing the series, I’m sure a lot of us had the same question: Is Squid Game a true story?

No, it isn’t (and thank God for that). Interestingly, though, it was inspired by real-life events. In an interview with Variety magazine, Director Hwang Dong-hyuk shared that when he first started conceptualising Squid Game, he himself was in financial trouble. During that time, he had spent a lot of time in manhwabang (manga cafes in Korea) and reading comments like Battle Royale and Liar Game.

“I came to wonder how I’d feel if I took part in the games myself. But I found the games too complex, and for my own work focused instead on using kids’ games,” the director said. “I wanted to write a story that was an allegory or fable about modern capitalist society, something that depicts an extreme competition, somewhat like the extreme competition of life. But I wanted it to use the kind of characters we’ve all met in real life.”

2. Squid Game was first conceptualised in 2008

Speaking of being ahead of its time! The director shared that his script went through several rejections and was forced to be put on the back-burner for being “too grotesque,” and “too bizarre.” After over a decade, Netflix purchased Squid Game in 2019 — and Director Hwang Dong-hyuk believes it was because by then, the world was finally ready for a story like Squid Game.

“After about 12 years, the world has changed into a place where such peculiar, violent survival stories are actually welcomed,” he told The Korea Times. “People commented on how the series is relevant to real life. Sadly, the world has changed in that direction. The series’ games that participants go crazy over align with people’s desires to hit the jackpot with things like cryptocurrency, real estate, and stocks. So many people have been able to empathise with the story.”

3. Its original title was Round Six 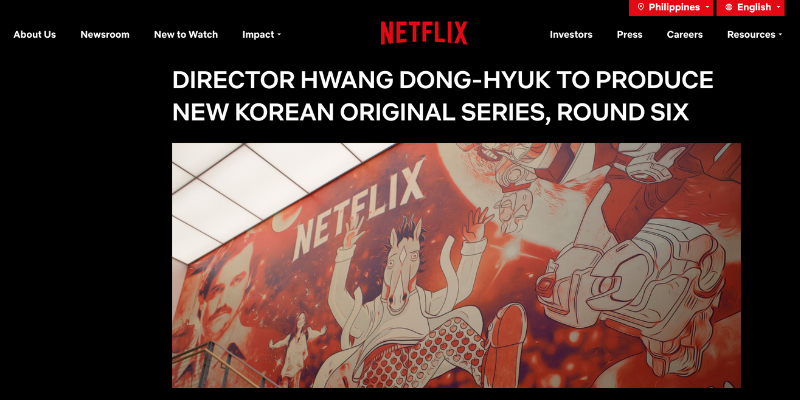 In 2019, Netflix released an official announcement about Director Hwang Dong-hyuk’s upcoming project. At the time, the series was given a different title: Round Six. We don’t know how they ended up changing it, and maybe we’re biased — but Squid Game does have a better ring to it, don’t you think?

4. Squid Game is on its way to becoming the biggest show in Netflix history

And not just the biggest Korean show on Netflix, either. Based on the numbers, Squid Game is set to become the streaming service’s most-watched series, beating titles like Bridgerton and Lupin.

According to Kim Min-young, Netflix’s vice president of content for Korea, Southeast Asia, Australia, and New Zealand, they’ve “never seen anything grow as fast and aggressive as Squid Game.” Currently, the worldwide phenomenon is subtitled in 37 languages and dubbed in 34.

5. There are no plans for a season two… so far

If you’ve watched the series all the way until the end, you’ll know that the finale practically begs for a season two. There are so many loose ends and so many questions to be answered. But here’s the thing: Director Hwang Dong-hyuk has no plans for a second season. For now, at least.

“As I led the series alone, writing and directing, it was mentally and physically too much… so I’m concerned whether, if we were to do a season two, would I be able to do it all myself?” he said in an interview with The Korea Times. “I’ve been telling people how we can’t make the second season right away. But since so many people love the series, it sort of does feel like I can’t say that I won’t do it.”

According to the director, if he were to do it, he definitely wouldn’t be conceptualising another season all on his own. “I’d consider using a writers’ room and would want multiple experienced directors,” he told Variety. (Actually, Director Hwang just needs to take a few minutes scrolling through Twitter. Squid Game fans have already written tons of plot ideas for another season!)

6. HoYeon Jung made her acting debut on the series 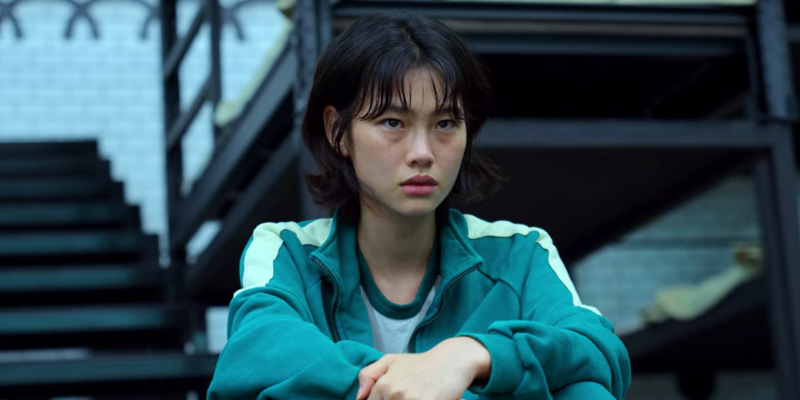 Not long after the premiere of Squid Game, HoYeon Jung (who plays Kang Sae-byeok) became one of the most searched people on the Internet. We’ve since learned a lot of interesting facts about the Squid Game actress. For starters, did you know that she made her acting debut on the series?

The 28-year-old actress first started modelling at 16, and just recently turned to acting. Since Squid Game came out in September, she’s become the most followed actress on Instagram, with 13 million followers and counting. (Fun fact: Before the series came out, she had 400,000 followers!)

7. Carlo Aquino was supposed to star in it

We can imagine just how frustrating it is for Carlo Aquino, who revealed that he was actually supposed to be in the series. Sources say that Director Hwang Dong-hyuk had invited him to audition after seeing the actor on Isa Pa With Feelings.

Unfortunately, due to travel restrictions, Aquino was unable to join the Squid Game cast. However, there was still Filipino representation in the series, as South Korea-based actor Christian Lagahit played a role in the show.

8. The walls in the show actually had pictograms that revealed the games

One of the most mind-blowing facts we learned about Squid Game? If you watch the series again, you’ll realise that clues about the games were hidden in plain sight all along. As viewers, we’ll only be able to make out the pictograms at around episode four. By the time they’re down to the last three players, you can see all the drawings, including a clue for the final game.

In an interview with Netflix Korea, art director Chae Kyoung-sun shared that this bit was actually intentional. She mentioned that as the games progressed, the players and their beds disappear; and as this happens, the pictograms are revealed more and more. While the characters in the show failed to notice it, apparently, the actors themselves did!

9. They filmed Squid Game on an actual set 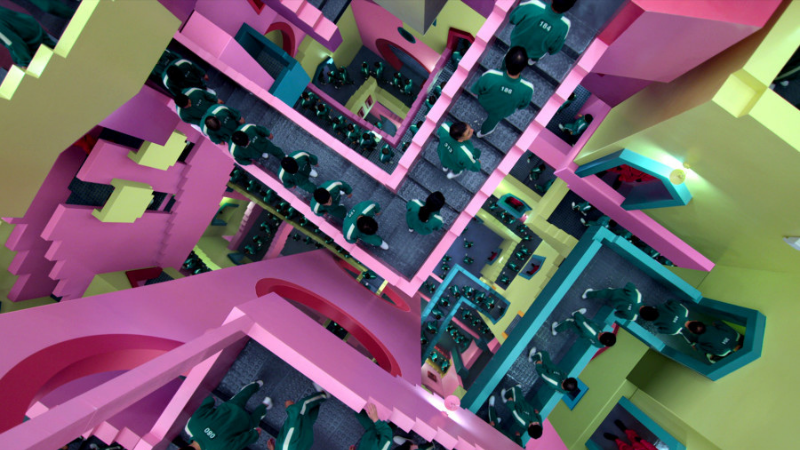 Given how impactful the visuals were on Squid Game, it’s easy to imagine that most of the scenes were shot with a green screen. One of the coolest Squid Game facts we learned, though, is that the majority of it was shot on an actual set. A lot of thought was put into the set design — so much that the series’ art director said that they could create an entire show altogether with the number of unused designs they came up with!

“The set and the giant doll are exactly what we see on screen. Everything amazes me,” Park Hae-soo said about the Squid Game set. Director Hwang Dong-hyuk wanted to use as little computer effects as possible to make things seem more real. And based on the finished product and the excellent reviews, it’s clear he made the right decision. 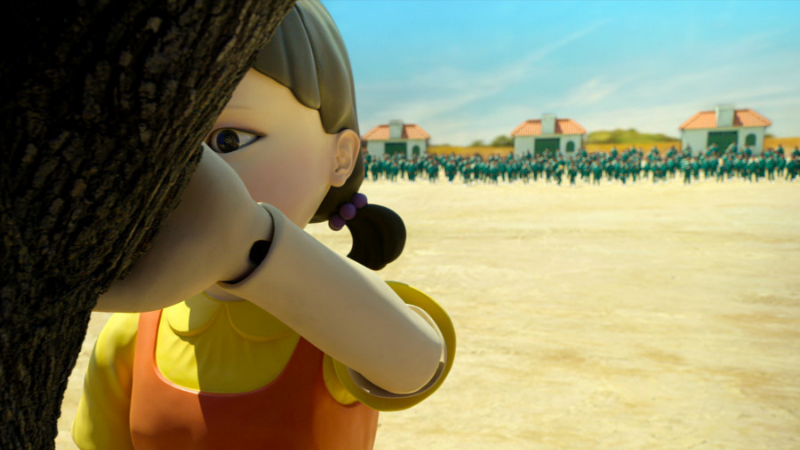 The doll was spotted in Macha Land, a horse carriage museum in Jincheon County. According to sources, the doll was meant to be stored inside the museum; but due to a miscommunication, it was prominently displayed outside, seemingly guarding the entrance of the Macha Land. Because of this, it attracted way too much attention, and the three metre-tall doll was removed from display.

At the moment, we aren’t entirely sure about the origins of the doll. Some say it was manufactured specifically for the series, while others say it had already existed before and was simply borrowed for Squid Game. Either way, it’s now one of the most sought-after sights in Korea. We wonder if Macha Land will put it back on display eventually!

10. The owner of the number on the Squid Game calling cards received thousands of prank calls

You know how Gong Yoo handed out calling cards in the start of the series? Well, it turns out that calling the number on the card will direct you to an actual subscriber in real life. A man from South Korea’s Gyeonggi Province has been receiving about 4,000 prank calls and texts a day. Unfortunately, since his number has been active for years and is tied to his business, changing it just isn’t an option for him.

A South Korean presidential candidate, however, has offered to purchase it from him for ₩100 million. At the same time, Netflix is reportedly trying to negotiate with the number’s owner.

11. The men in red jumpsuits were almost dressed in boy scout outfits 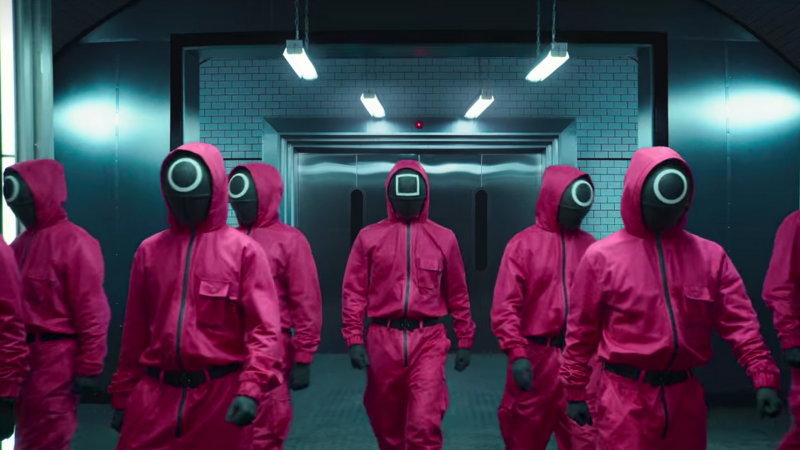 “At first, I wanted a boy scout-like outfit,” Director Hwang Dong-hyuk told Netflix Korea. “But it showed the men’s figures too well.” On top of that, the vibe they were after was to make them look like ants in an ant colony. To get that done, they needed to be well covered up from head to toe.

Art director Chae Kyoung-sun noted that the outfits had to be easy to wear, secure a good view, and effectively display what class each individual is from. She took inspiration from Hahoetal masks (traditional Korean face masks), as well as fencing masks. In the end, they were able to come up with a costume that resembled an ant’s face! 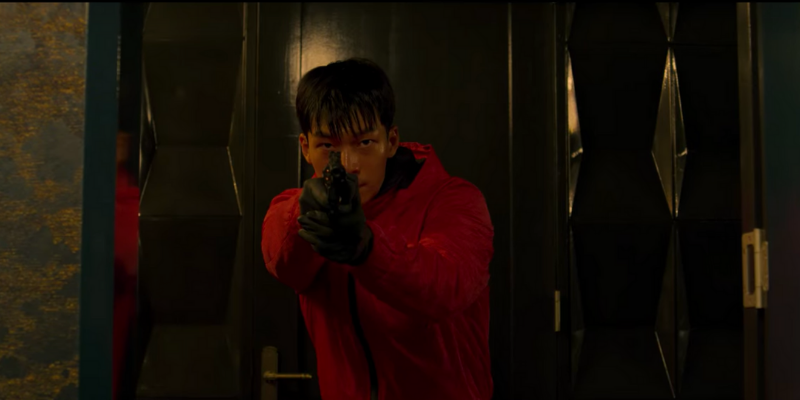 Can you imagine Squid Game without him? We sure can’t! Since Squid Game was originally supposed to be a film, Director Hwang Dong-hyuk shared that two hours wasn’t long enough to cover a lot of storylines. But when it was turned into a series, this allowed for more stories to be added to the plot.

13. The cast practically had to play the games in real life 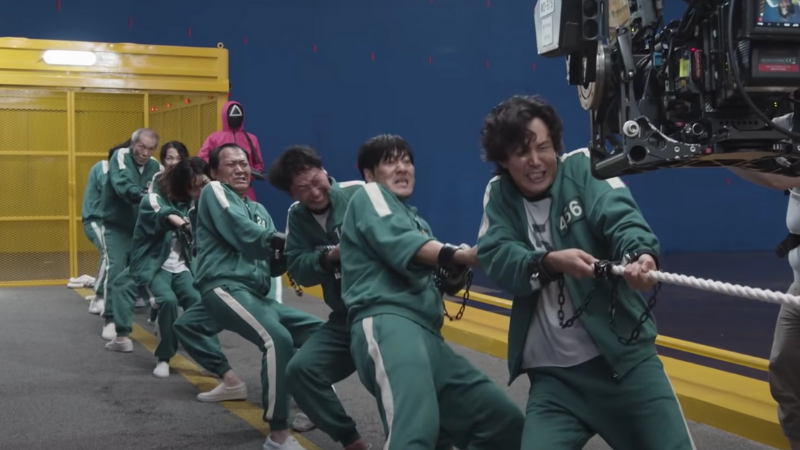 For the Tug of War scene, the cast was actually pulling one side of the rope, while a machine pulled the other. They really did have to employ Oh Il-Nam’s top tips, since they pretty much had to play the game with a machine. According to Lee Jung-jae, filming the scene was so exhausting that despite having been in several action movies, he found this Squid Game scene to be one of the most tiring ones he’s filmed!

As for the glass jumping scene, HoYeon Jung said that “filming Glass Stepping stones was actually terrifying.” They had to jump on actual tempered glass 1.5 metres above the ground. Director Hwang Dong-hyuk said that this height is already enough to make you frightened, so the actors definitely felt real fear — or were at least nervous — while shooting the scene.

Also read: This ‘Squid Game’ Theory About Gi-hun Will Have You Rewatching the Whole Series

Know any cool Squid Game facts? Bring them on! Don’t hesitate to share them with us in the comments section.