Myeong-dong is not only popular for its shopping streets, but it also offers a  variety of food that every foodie must try! It’s not THAT cheap, but when you’re already on the streets of Myeong-dong, it will be totally hard to resist them all. 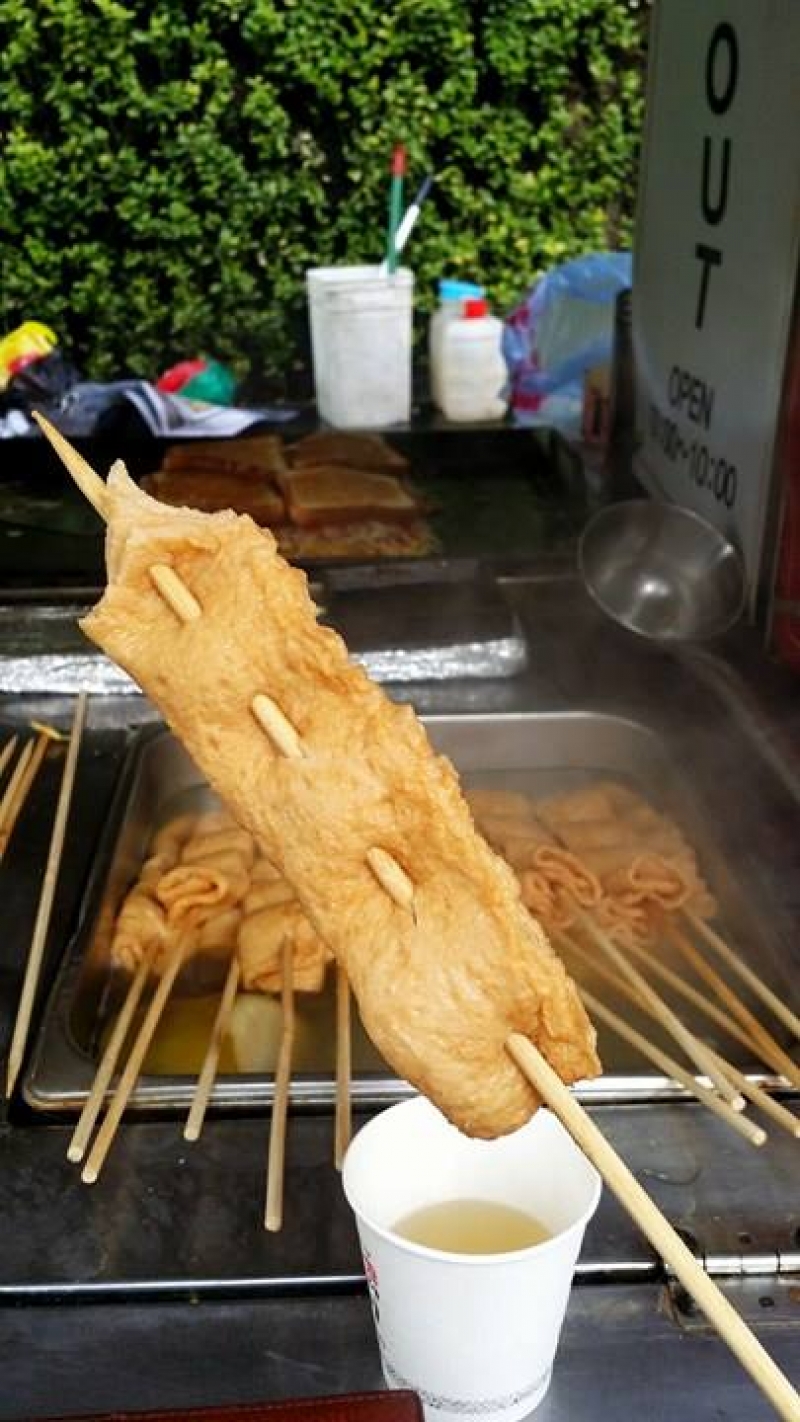 This is probably the cheapest street food that you can buy here in Myeongdong, and they are everywhere. This is basically a fishcake on a skewer. A super hot soup is also included which tastes like seafood broth and they say that this is actually good for a hangover. 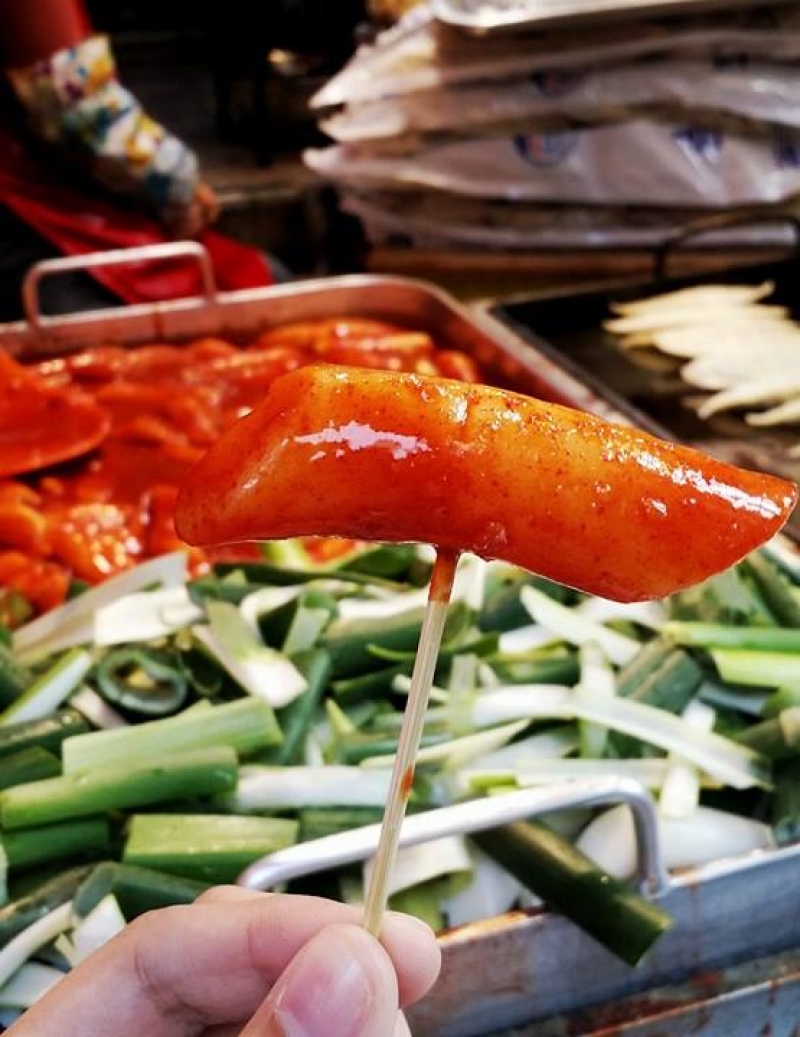 It’s a popular Korean snack made from rice cake with sweet chilli red sauce. This is not for the weak when it comes to spicy food! I ate this twice, the first time was okay, not that spicy. But then the second time that I bought it, it was so spicy! Maybe because I got it from two different vendors. Well, I’m a fan of spicy food after all. 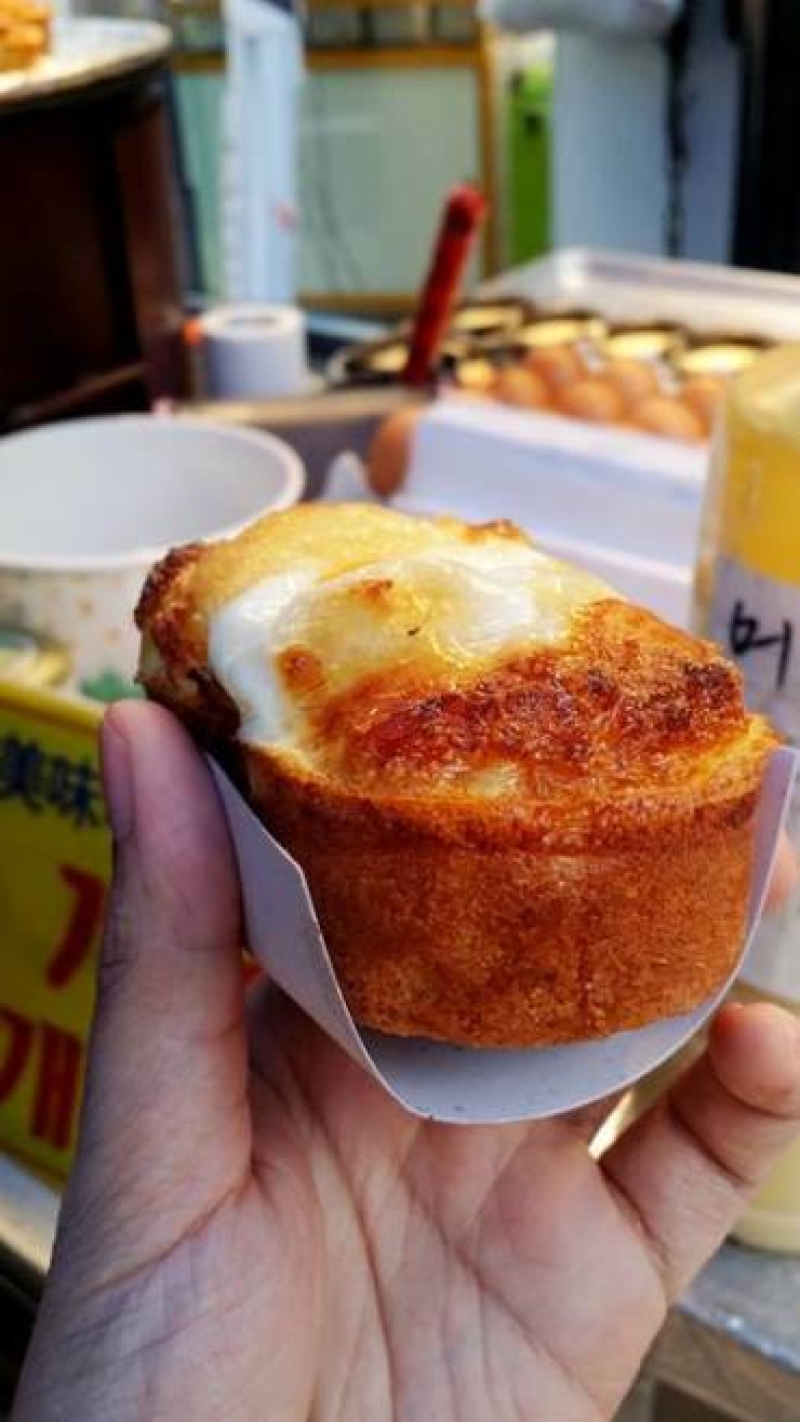 The sweet bread and salty egg on top is totally a match made in Heaven! It’s really popular in winter, but I think they sell this all year around. I bet you’ll be craving for this again after eating one. The price varies from where you buy it. Usually, there are some convenience stores that sell this from ₩1,200 to ₩1,500. On the streets of Myeongdong, its price is usually ₩1,500.

Anyways, this is my favourite drink in Seoul. I remember buying five of this Banana Milk on my first day in Seoul. I got addicted to it, and it resulted in me buying this literally every day when I was in Korea. They got this in four flavours: banana, strawberry, banana light and melon. But the banana is personally my favourite flavour after trying them all. I love strawberries so it’s no wonder why I fell in love with this Strawberry Mochi. It’s a mochi filled ball with a whole strawberry in it and it tastes so damn good after I tried it for the first time. I bought four more pieces! A must try for someone who has a sweet tooth like me. It’s a combination of sweet and spicy, crunchy, bite-size chicken with some rice cakes in it. Probably one of the best fried chickens I’ve ever had. I was hesitant to buy a cup at first because, a) before trying this, I already ate a lot of street food, and b) it’s quite pricey for a small cup of chicken but I still bought one. #TheHungryTraveller 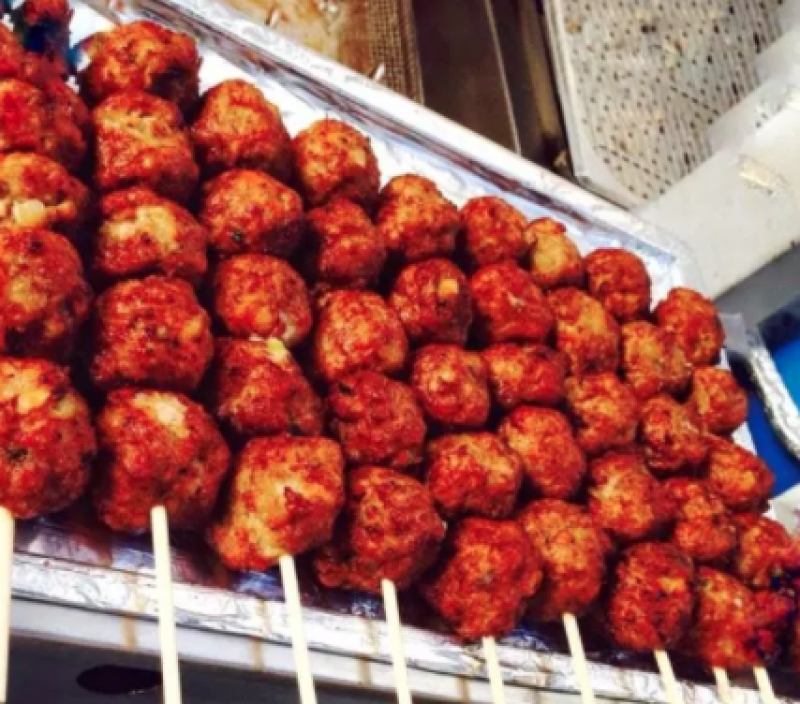 These are basically Korean beef meatballs. It’s a combination of sweet and just the right amount of saltiness. It’s pretty tasty actually. Sometimes, they put mayo on top of these babies which makes it even tastier. Definitely a must try!

I think the price depends on the season in Seoul. It’s cheaper during the cold months and more expensive during the hot and humid months. A must-try ice cream popular in Seoul and also, Instagrammable!

This comes in different flavours like chocolate, green tea, and strawberry. It’s a Myeongdong signature street food and probably one of the most photographed ice cream there. Be careful though not to drop it!

There’s so much more. I haven’t tried all of it. Hopefully, I’ll get to try more on my next visit to Seoul (cross-fingers). 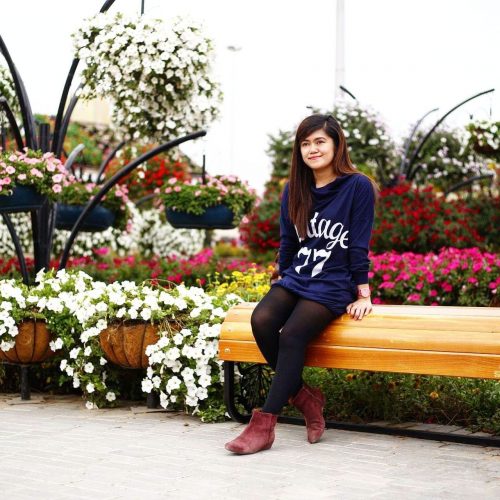