The Ruins of Talisay: An Emblem of an Overflowing Love

Contributed by The Little Lai

The long day wasn’t over yet – a sound of excitement slowly crept and whispered in my ears and said, this time you won’t be able to escape it again. High up the sky, the sun was resting peacefully, and the ever still horizon becoming more evident with its radiance. The ambience was getting darker as we set foot in Bacolod, the City of Smiles.

Also Read: A Long Weekend In Bacolod: Where To Stay, Eat And Visit In 3 Days

Being true to its name as the City of Smiles, a local approached us in a very hospitable and amiable way with a smile that we can only try to ignore. Offering his hand to us from booking our accommodation to touring us around, this act of kindness hugely speaks as to how the people of Bacolod are indeed very accommodating and kind-hearted to local and foreign tourists.

Remnants from the past that has strongly overcome the test of time while maintaining its natural beauty and elegance is the surest way to describe Bacolod. And what got us so excited about this trip is the thought of finally getting to see the ever famous, historical mansion bedizened with lavish decors, peacefully standing in its own realm. If you have been to Bacolod, you must have figured out right away that I’m talking about The Ruins which is located in Talisay, Negros Island.

The breathtaking and romantic scenes of The Ruins are the fruits of the overflowing love of Mariano Ledesma Lacson and Maria Braga. Some see this as a symbol of great love of a husband to her wife. Mariano Ledesma Lacson immortalized Maria by constructing a mansion that will surely outlast what is mundane and ephemeral. That, for me, is something so sweet and portrays genuine acts of love that a married man could ever show her wife.

What really caught my attention during my visit was the design of the two-storey mansion. It’s a structure that exudes a classy Italian architecture design as evidenced by its neo-Romanesque columns. The top edges of the mansion were brimming with shell decors.

Side by side M-letter arches moulded in reclined positions are the salient designs which can be seen all around the mansion’s exteriors – a symbol that stands for Mariano and Maria. And to represent Maria’s alabaster skin, it was said that the walls and posts of the whole structure were made with egg whites mixed well into the cement that made it. And the warhead-bearing pillars were evidence to testify one great love theory that actually exists, just like how Mariano testifies his affection to her wife.

Apart from a stunning mansion, there’s a huge, bedizened fountain peacefully seated at the entrance of the mansion. I actually had a hard time trying to capture a perfect photo of it anchored with my high hopes of giving justice to the true beauty of the fountain.

The mansion has a wide land area. Also, within the compound, you can find a Pasalubong shop where they display and sell Bacolod’s delectable delicacies. In addition, you can also check the wishing well where both locals and tourists believe that any wish would be granted.

The Ruins, as it is popularly known today, has been hailed as “one of the 12 most fascinating ruins of the world”, “one of the best landmarks in the Philippines”, and “the Taj Mahal of Negros”. If those aren’t enough for you to go see the arresting beauty that it exudes, then I don’t know what will.

Getting there is easy and will only take you around 15 to 20 minutes of travel from the downtown. If you want to take a cab or a tricycle for transportation, you have to be good at haggling fares. Bacolod Airport is much nearer to The Ruins than from Bacolod City proper. So I suggest that you drop by at The Ruins first. The transport drivers will offer you a fixed price fare or in vernacular, pakyaw, most especially if you charter them for a back and forth trip.

Take the Bata route jeepneys from downtown. Then ask the driver to drop you off at Pepsi Bottling Station which is located along the highway. From there, you can hire a tricycle for a one-way trip for Php100 to help you get directly to The Ruins.

Note: Drivers usually wait for their guests while the latter are exploring The Ruins. Inquire the price of the return trip beforehand for you not to get surprising expenses. And again, don’t forget to haggle.

Wishing you a nice, happy travel to The Ruins in Bacolod! 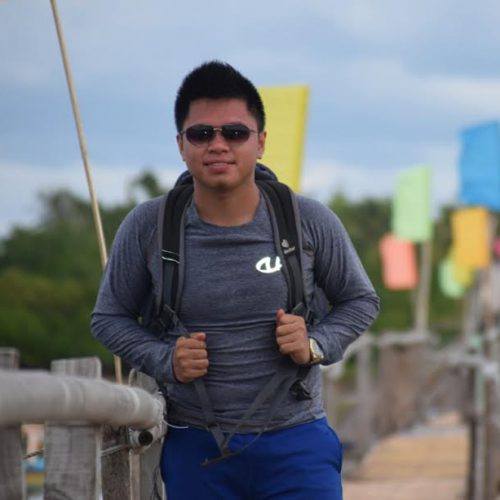 Welcome to Ariel's little corner. His friend used to call him Lai or sometimes thelittlelai. He is a desultory traveller beyond limits. Sharing his adventure and random thoughts in life while travelling is what keeps him busy. He's constantly on the go with his busy feet and always elated whenever he traipse his two little itchy feet in the paradise called adventure. Visiting the secluded destinations, climbing mountains, and exploring nature's beauty and love to gratify himself in an aberrant journey make him motivated and happy. He is a food addict, movie fanatic and a bumptious traveller, hoisting nature's comeliness to entice others to travel. Join him as he explores the 81 provinces of the Philippines and the rest of the world.