8 Things That Only Culturally Insensitive Travellers Do

Sometimes, when something insensitive is happening right before your eyes, your brain needs a couple of minutes to process that something is actually amiss. Case in point — this personal story…

I was visiting my aunt in Berlin in January of 2017. Against the cold winter bite, my father and I were still adamant to tour the largest city of Germany and see the Holocaust landmarks. Berlin, after all, is most known for its Holocaust and Cold War history. After visiting several tourist locations, we finally made our way to the Memorial to the Murdered Jews. We know it today as the Holocaust Memorial. Sadly, it was at this invaluable location where I found it hard to digest what I was seeing.

The Holocaust Memorial has 2,711 concrete blocks that are believed to resemble the coffins of persecuted Jews whose bodies were burned (alive) or dumped into trenches, never to be found again. And these symbolic stones were being defiled right in front of me by tourists who were stepping, hopping, and posing on top of the coffin-like stones. The disbelief I felt when I saw how they were behaving was beyond me.“Is this a thing? Do these people even know the relevance of the memorial?” What was supposed to be a monument that honours three million Jewish victims was being turned into a photo park.

What made it even more harrowing was that the tourists who were doing this probably didn’t even understand that they were being culturally insensitive travellers. And this kind of ignorance alarms us all, doesn’t it? We’ve seen it in many ways, shapes, and forms. Let’s name a few. 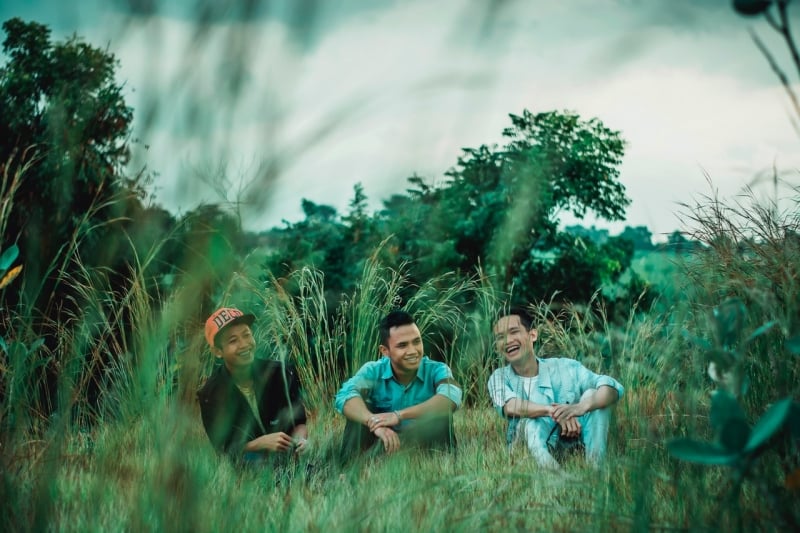 Trying to imitate an accent is normal, but some people do it condescendingly and at the worst time possible. If you’re in another country where locals have a particular accent when speaking in English, you’re allowed to imitate it to blend in, but don’t do it just to make fun of it with your travel buddy. Want another story? While my sister, mom, and I were waiting for our flight to Manila at the Siem Reap airport, we could hear Filipinos talking loudly at our terminal — and what they were saying made me cringe.

If you’ve ever been to Cambodia, you’d know that the street vendors at the temples have a certain accent, especially when they say the word “dollar”. They pronounce it as “dohla”. You can only imagine the “hiya” I felt when I heard fellow Filipinos saying “dollar” in the Cambodian accent at the top of their lungs just for a good laugh. They were all at a terminal where Cambodians could clearly hear them; it wouldn’t have killed them to lower their voice.

When you’re a guest on foreign soil, imitating accents of your host country shamelessly is patronizing. And you never know if a local actually hears you! 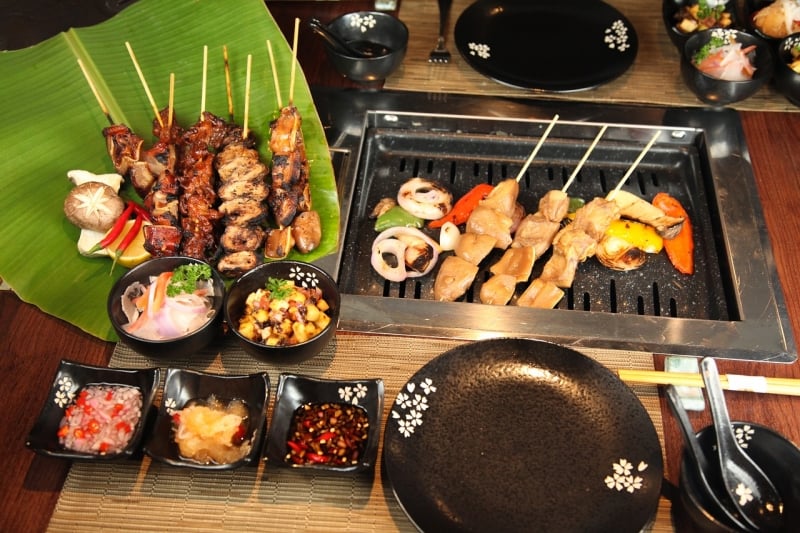 Listen, we all have our own preferences when it comes to food. We can all agree that our preferences should be respected. But that doesn’t mean you’re allowed to show disgust when there’s a cuisine that doesn’t look, smell, or taste the way you want it to. Besides, not everyone will like all the local food in your country either. How would you feel if somebody began making faces and trash talking your favourite kind of Sinigang? Disappointed? Exactly! So if you don’t like what you taste, hide it.

In a cultural park or museum that tells you not to take photos? Follow it. Is there a mandated curfew in the community you’re staying in? Follow it. Not allowed to chew gum inside the train? Follow it. Cities and communities have their reasons for each rule. Remember that you’re only a temporary dweller. It’s best to be sensitive and respectful of customs instead of inviting trouble and unwanted attention.

4. Taking advantage of the “tourist pass”

Let’s be honest. As tourists, we’re let off the hook more often than when a local violates a regulation. That’s because the locals don’t want us to have an upsetting time in their country and would prefer us to go home with happy memories. If they accommodate you, graciously accept the help, but don’t you ever take advantage of their kindness by repeating offences. You’re representing your country too. Don’t give your fellow Filipinos a bad name!

5. Not abiding by the dress codes 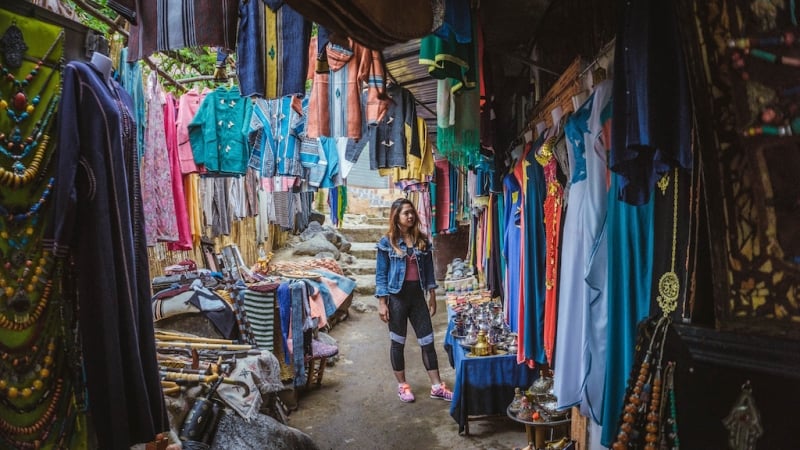 In addition, your “tourist pass” doesn’t give you permission to disregard dress codes. As a visitor, locals will expect you to respect the sartorial demands in the area. Take Morocco, for example — it’s a predominantly Islam country. If you’re a female traveller, that means it’s best that you wear conservative clothes from head to toe lest you’re prepared for curious glances here and there. I know that as girls, we don’t like being told what to wear, but as tourists, we’re obligated to acknowledge and observe certain practices. Whether you like it or not, they will also apply to you.

6. Disturbing the peace in sacred spaces 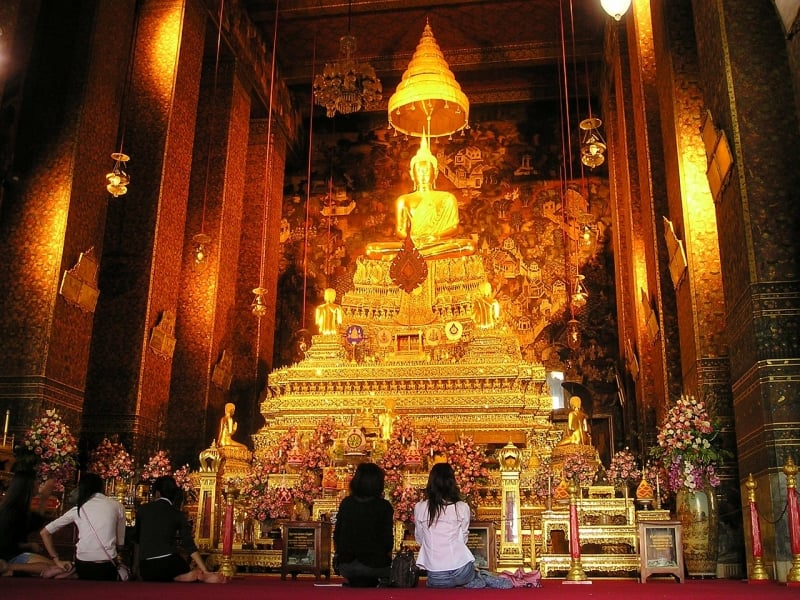 Temples, shrines, churches, mosques — a sense of decorum is required in every kind of sacred space. Aside from dressing appropriately, you of course, are expected to observe silence, sit only where you’re permitted, take photos discretely, etc. These places of worship may be open to tourists, but they weren’t made for tourism. Let that sink in before you start snapping away for your Instagram grid.

I’m sure you’ve heard of the Logan Paul incident in Japan that happened in December 2017. If you haven’t, here’s a long story short.

Logan Paul, one of the most famous YouTube vloggers today, took a holiday in Japan where he set himself lose, throwing Japanese merchandise on public roads, making a ruckus with his team, and disturbing locals everywhere he went. But none of these viler than what he did in the restricted area of Aokigahara Forest. The forest isn’t dubbed as the Suicide Forest for nothing, yet there he was filming a dead body, using the chance encounter for “content”.

There are so many layers of disrespect in his Japan vlogs that perfectly capture what a culturally insensitive traveller is. Of all the countries Logan Paul could cause chaos in, it had to be the country which is most known for being respectful, peace-loving, hospitable, and generous. What makes his deeds more unforgivable is that he knew about the respectful nature of Japan and even mentions this in his vlog. Problem is — he didn’t care.

If you’re a tourist who’s interested in partaking in festivals, games, rituals, ceremonies or any kind of cultural event, please do your research beforehand and understand the social relevance and symbolism behind these traditions. Know who the key figures are and what they represent. Study about the activity that will take place to gain an in-depth appreciation of what’s going to occur. This way, you’ll know how to conduct yourself as an observer or participant — no misguided actions or unnecessary requests. Tourists who overlook these intricacies can unconsciously act distastefully and appear short-sighted, and you don’t want to be one of them.

Just thinking about the encounters I’ve had with culturally insensitive travellers gets my blood boiling. But thankfully, there hasn’t been many of them. We all ought to make it a travel goal not to be one either!