How I Travelled 7 Days to 4 Cities in Japan: Itinerary & Tips for Filipinos

I have been receiving a lot of questions about our 7-day trip to four cities in Japan last 2015, and fellow travellers frequently ask how I squeezed four cities into our itinerary. It is not as complicated as you may think. With Japan’s very efficient transportation networks, going around can, in fact, become a delight. I especially enjoyed train rides; the trains arrive and depart on time, on the dot, en punto. And they can take you from one city to another in a matter of 15 minutes, like from Osaka to Kyoto via the shinkansen or 40 minutes by regular trains. Taking the bus is also very convenient especially when coming from the airport going to the city centre or other nearby cities.

So where do we start? Our itinerary included four cities – Kyoto, Nara, Osaka and Kobe. They are all located in Kansai region. I call this the Japanese counterpart of Indochina, except that all four of them are in one country. We travelled for roughly seven days. And would you believe I did this for ₱35,000 all in? Well, we were lucky because of the weak yen (¥1 = ₱0.39) in 2015.

Note: Current foreign exchange rate was used in all conversions in this article : ¥1 = ₱0.44

Now please bear with me as I go on details about our trip. 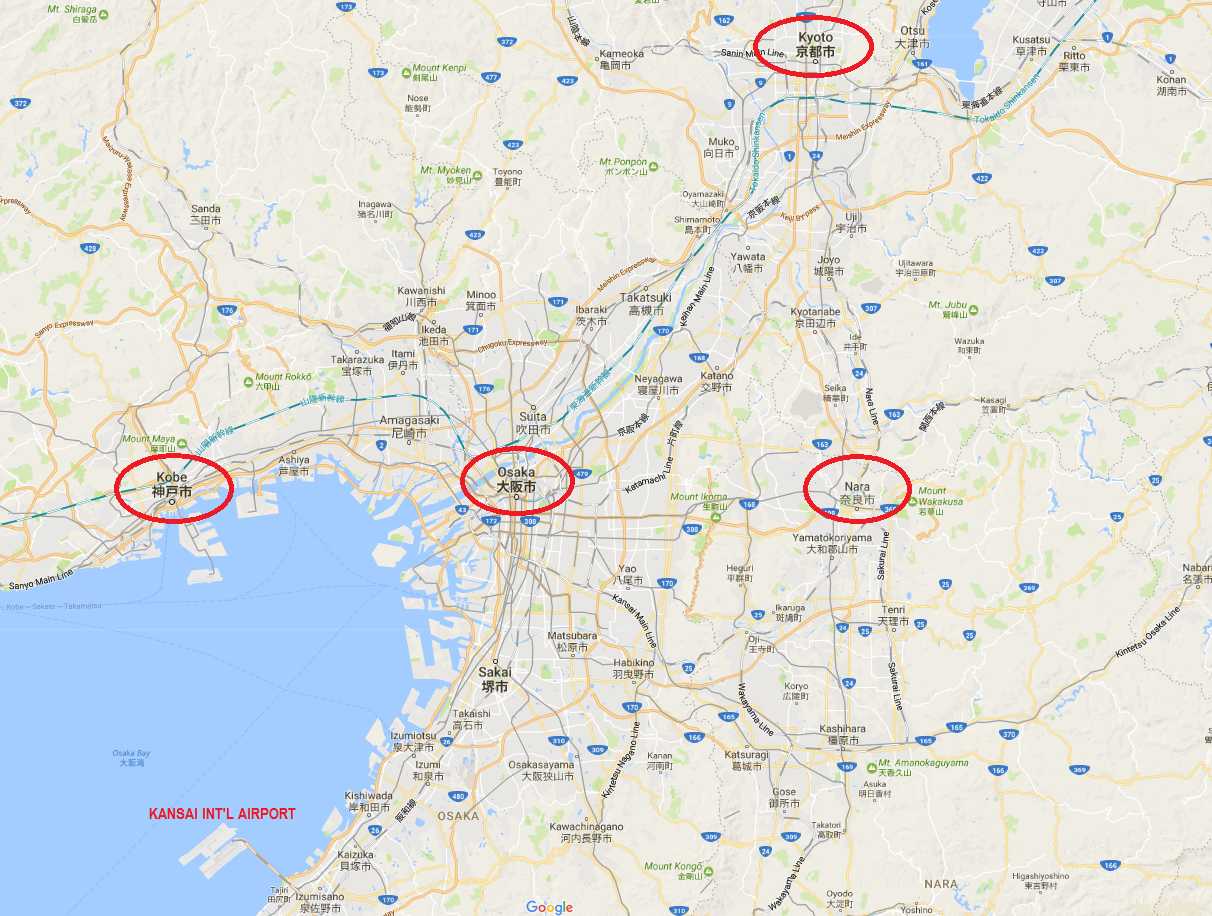 I call this the Japanese counterpart of Indochina, except that they are all in one country. | Image credit: Wanders of Eve

Our flight via Cebu Pacific from Manila to Osaka departed at 3pm in NAIA Terminal 3 and arrived 7pm (8pm in Japan local time) in Kansai International Airport. From the airport, we headed straight to Kyoto. If you are looking for other budget airlines, you may also consider Jetstar which operates in NAIA Terminal 1. You just have to really look out for promos. Based on my most recent checking, a two-way seat sale by Jetstar to Osaka can range from around ₱8,000 to ₱12,000. Kyoto can be accessed from Kansai Airport by bus for a little over an hour. Now, this is more convenient than taking the train especially if you brought a lot of luggage. A one-way ticket costs ¥2,500 (₱1,100) which we paid in a vending machine located at the bus bay. There is an airport staff on a standby to assist passengers. Depending on the location of your accommodation, there are ten drop off points in Kyoto. In our case, we alighted at Kyoto Station which is just three blocks away from our hostel. 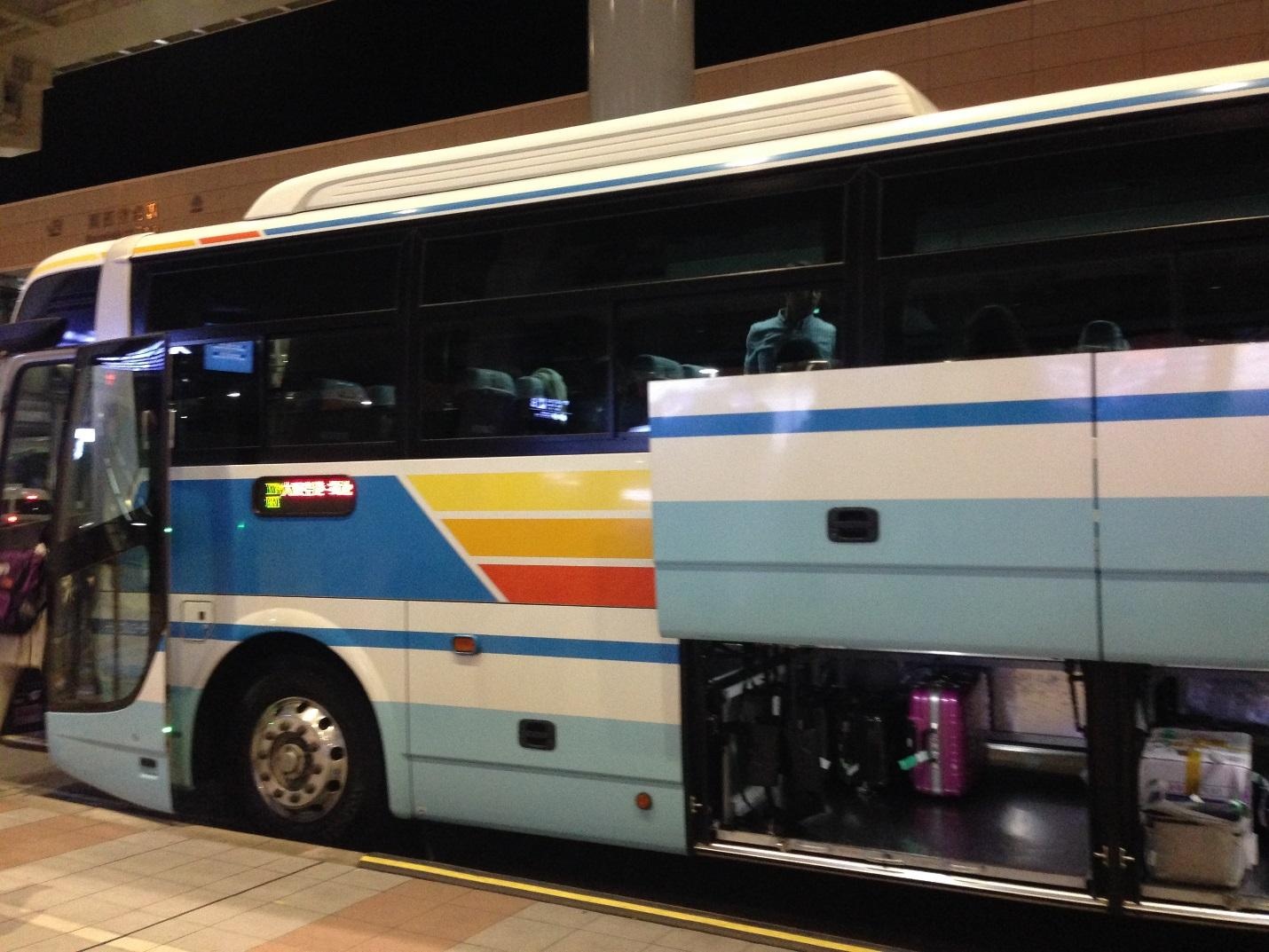 Taking the bus is more convenient when you have a big luggage | Image credit: Salve Elizon 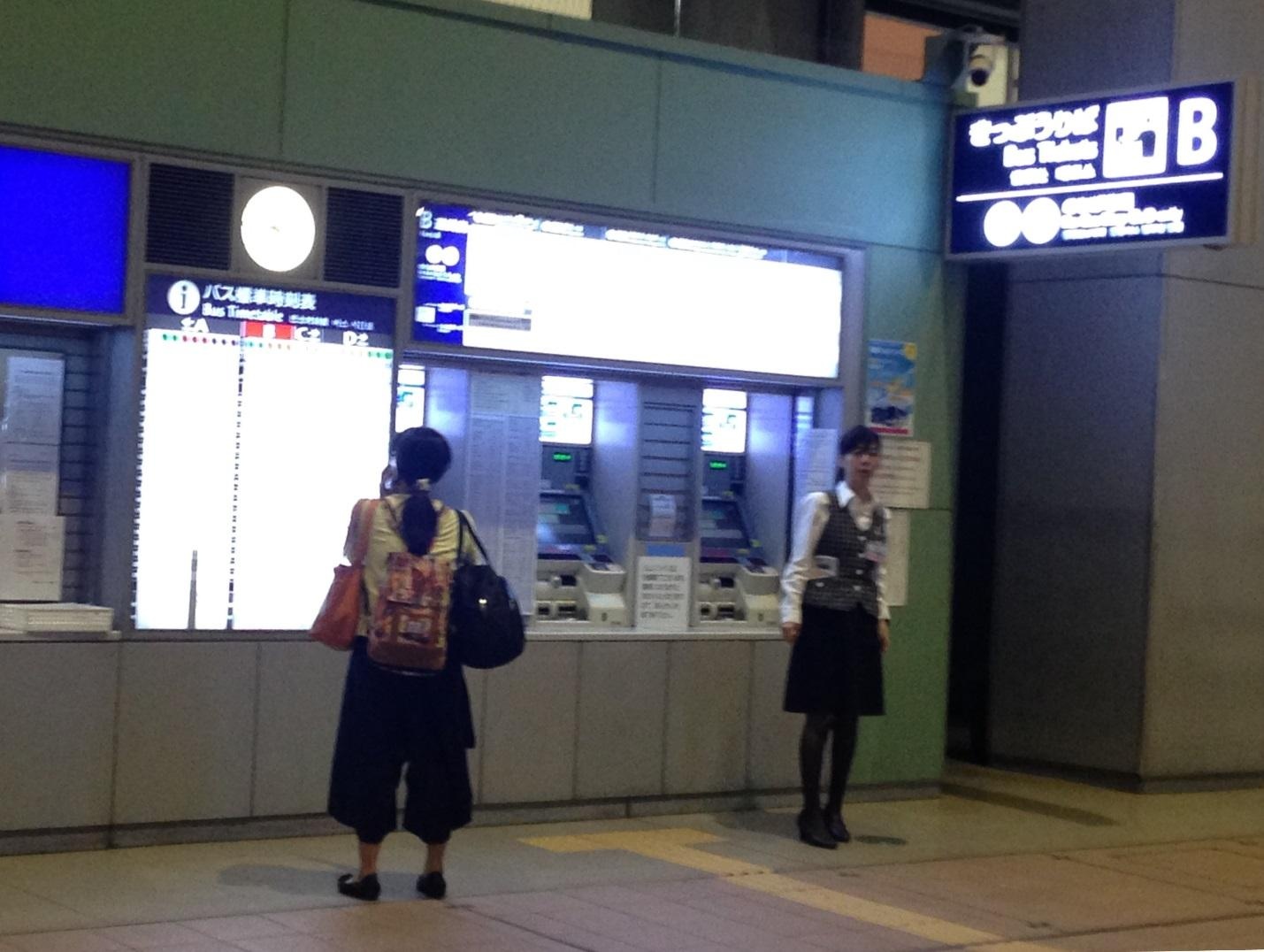 This is the vending machine where you can purchase your ticket to Kyoto. There is a staff on a standby to assist you. | Image credit: Salve Elizon

For the bus timetable, you can check Kansai Airport Transportation Enterprise. Please note that taking a taxi can be very expensive in Japan. We had our luggage in tow so we hailed a cab to our hostel and paid ¥600 (₱264) for just about a two-minute ride.

Being popular among travellers, this city has a wide range of accommodation from luxury hotels to affordable hostels. Prices can really soar to heaven during spring and fall. We stayed for four nights in K’s House Kyoto, a backpacker’s hostel in Shichijo. For convenience and easy access to popular sights, you better book your accommodation within the 2-3km radius of Kyoto Station (except to the south). For one, the city buses usually start off from there. And you’d want to be close to Kyoto Station itself. 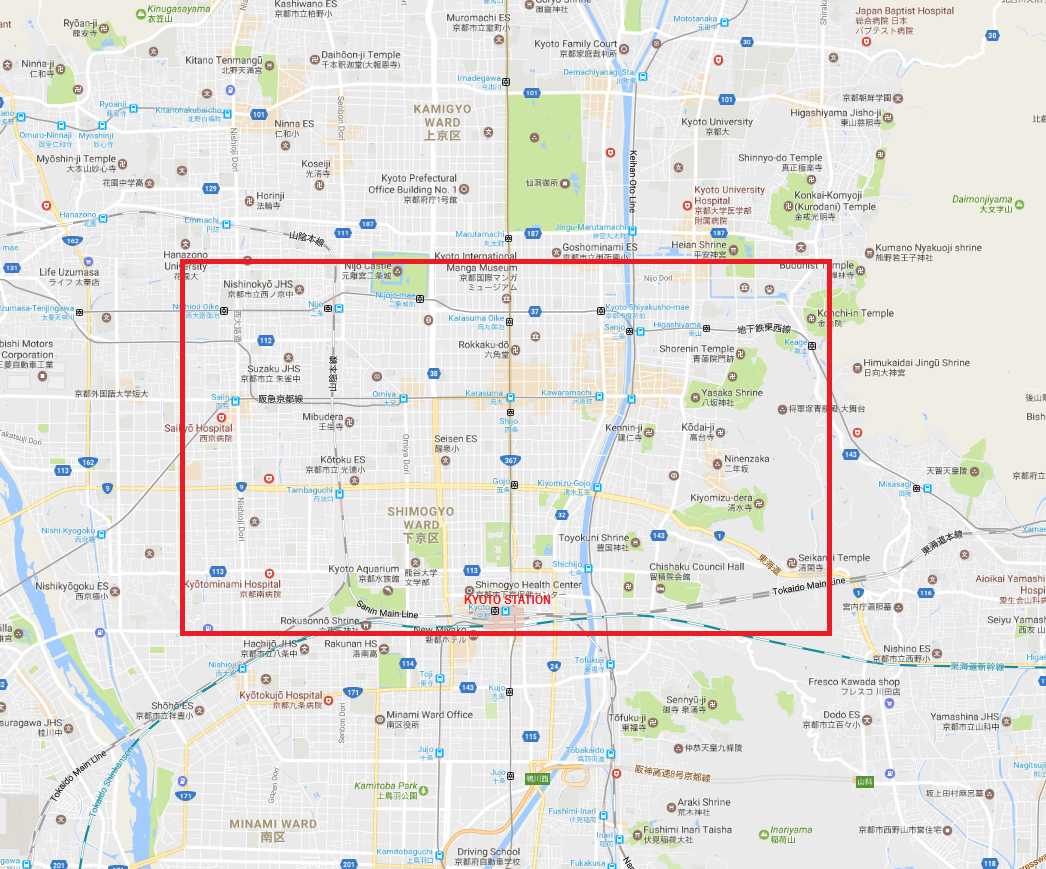 Book your accommodation within the area bounded by the red lines for easy access to key sites. | Image credit: Wanders of Eve

There’s just so much to see and do in Kyoto. It is the heart of cultural heritage in Japan. I also call it a City for All Seasons because it is beautiful any time of the year. We bought our one-day city bus pass from K’s House. You can also buy it in convenience stores or at the Bus Information Centre in front of Kyoto Station. It costs ¥500 (₱220) for adults and ¥250 (₱110) for children. The pass allowed us to have one-day unlimited travel on city bus routes within the flat fare zone. It is valid on the same day of first use. You have to buy a new pass for the following day.

I really like historical places, so for culture buffs like me, Kyoto is the place for you. And did I mention that Japanese food is heavenly? There are lots of restaurants here offering authentic Japanese food; a meal can range from ¥700 up (₱308 up). Try dining at the 6th floor of Kyoto Yodobashi. And do not forget to visit Nishiki Market for food tripping and souvenirs.

Here’s the list of places we visited for three days with corresponding admission fees. 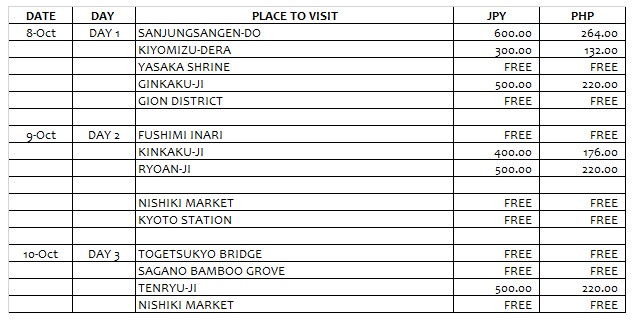 Please note that there are so much more to see in Kyoto aside from the places we visited. So go explore the city yourself. | Image credit: Wanders of Eve 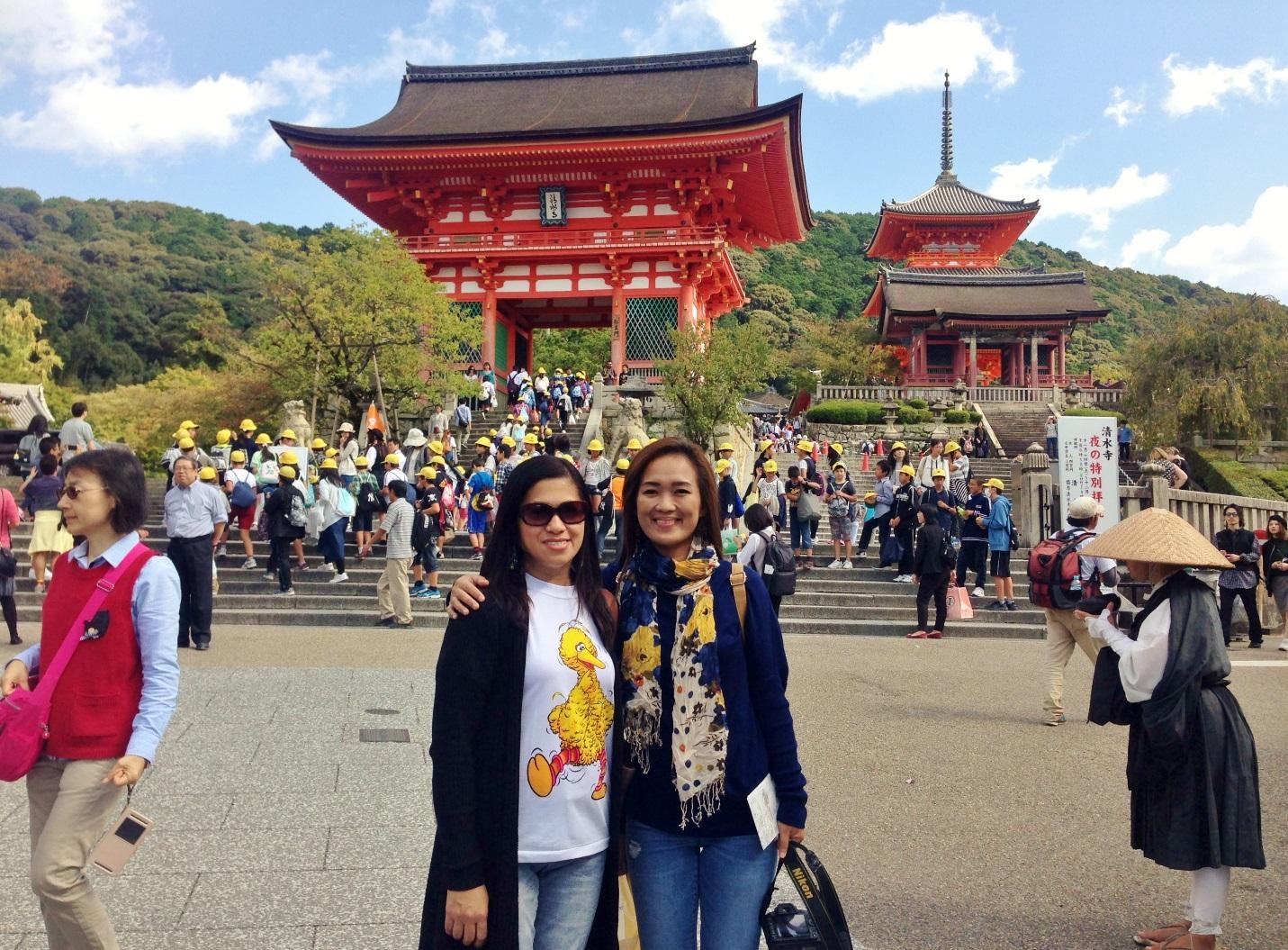 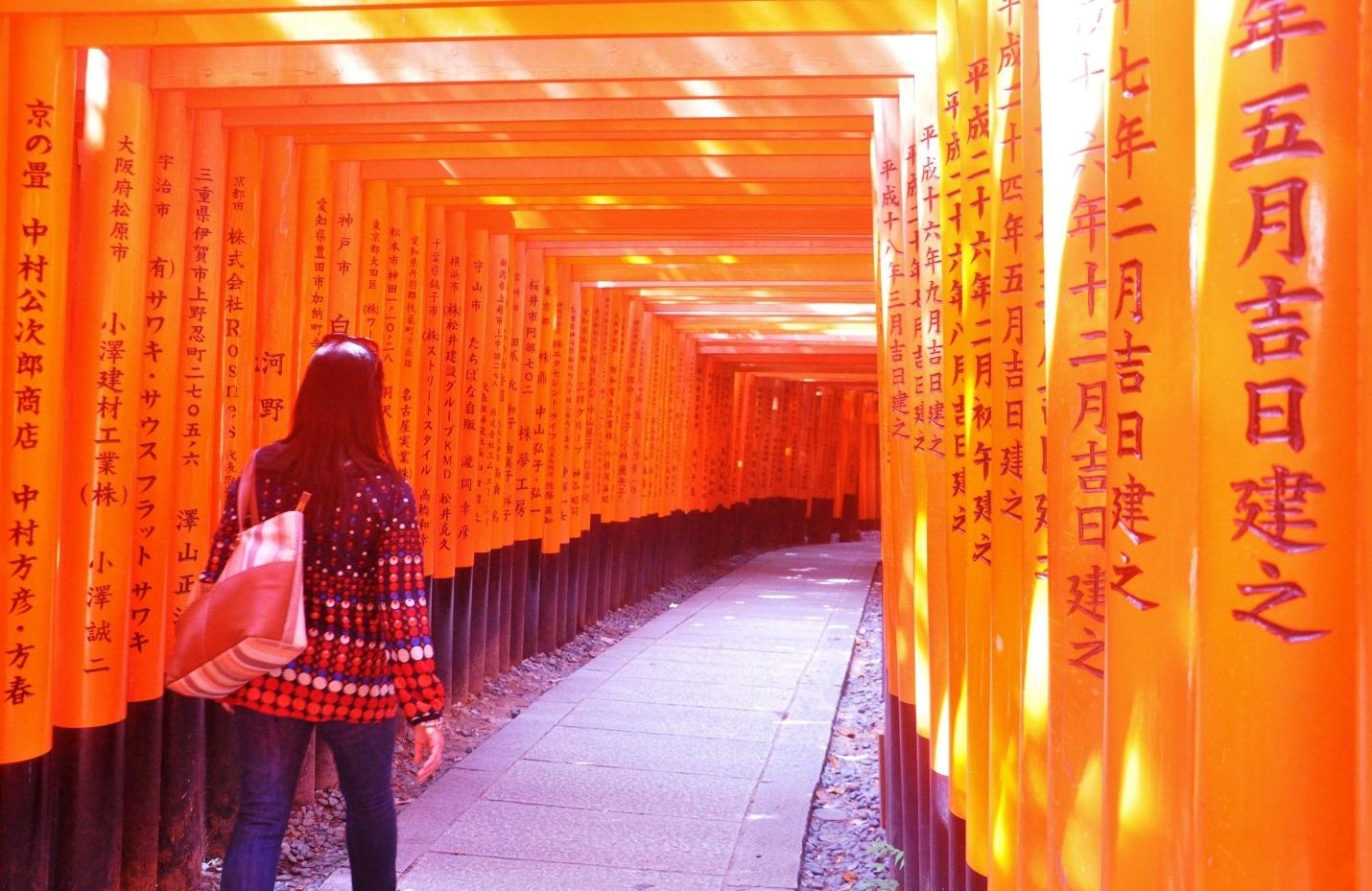 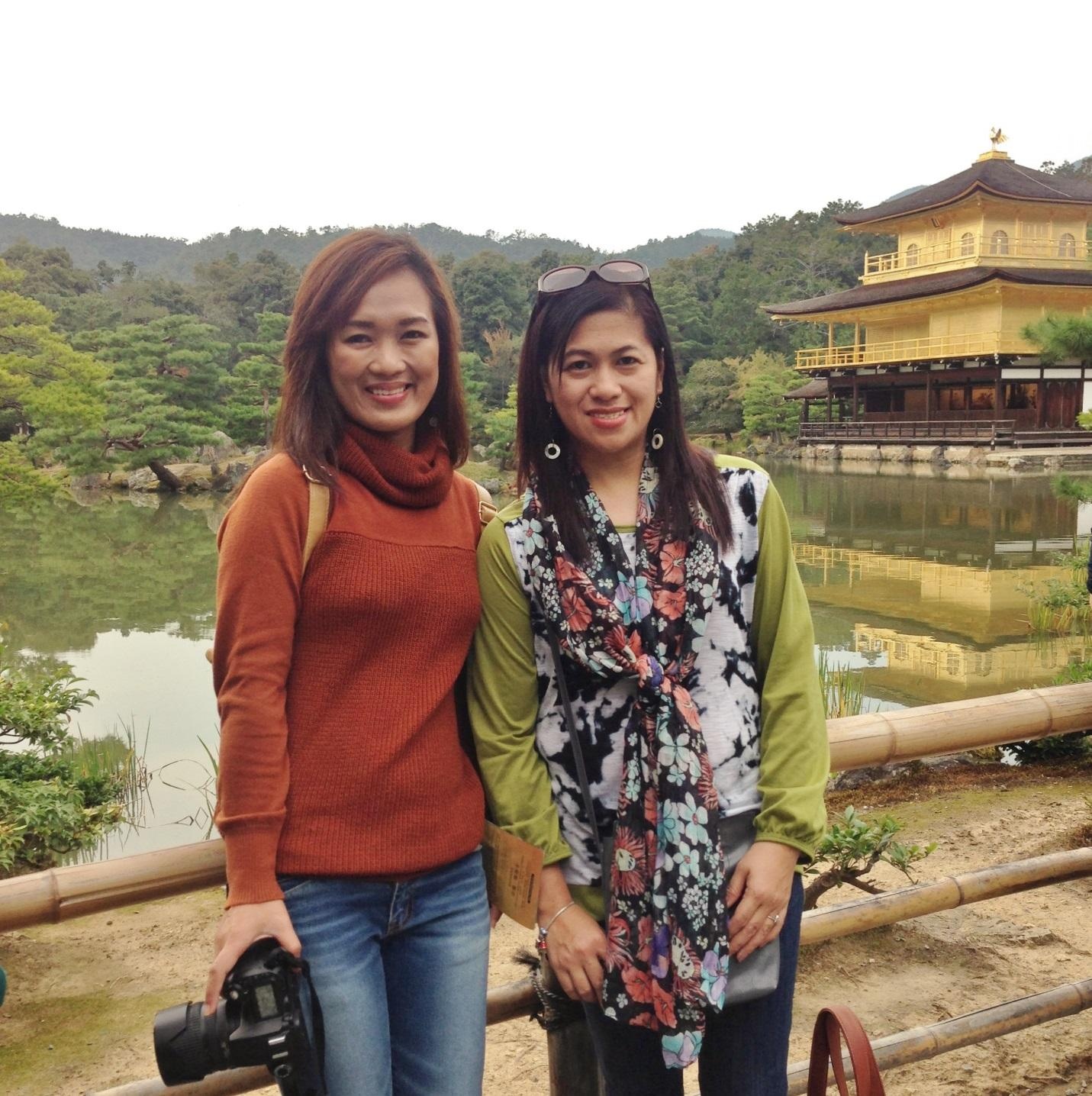 From Kyoto Station, we took the JR rapid train for only 45 minutes to reach Nara. Ticket costs ¥710 (₱308). If you are not staying overnight here and you are coming from Osaka for a day trip, the travel time is 35 minutes. The Kintetsu express runs from Osaka-Namba station to Kintetsu Nara station. You can also board the train at JR Osaka station to JR Nara station. 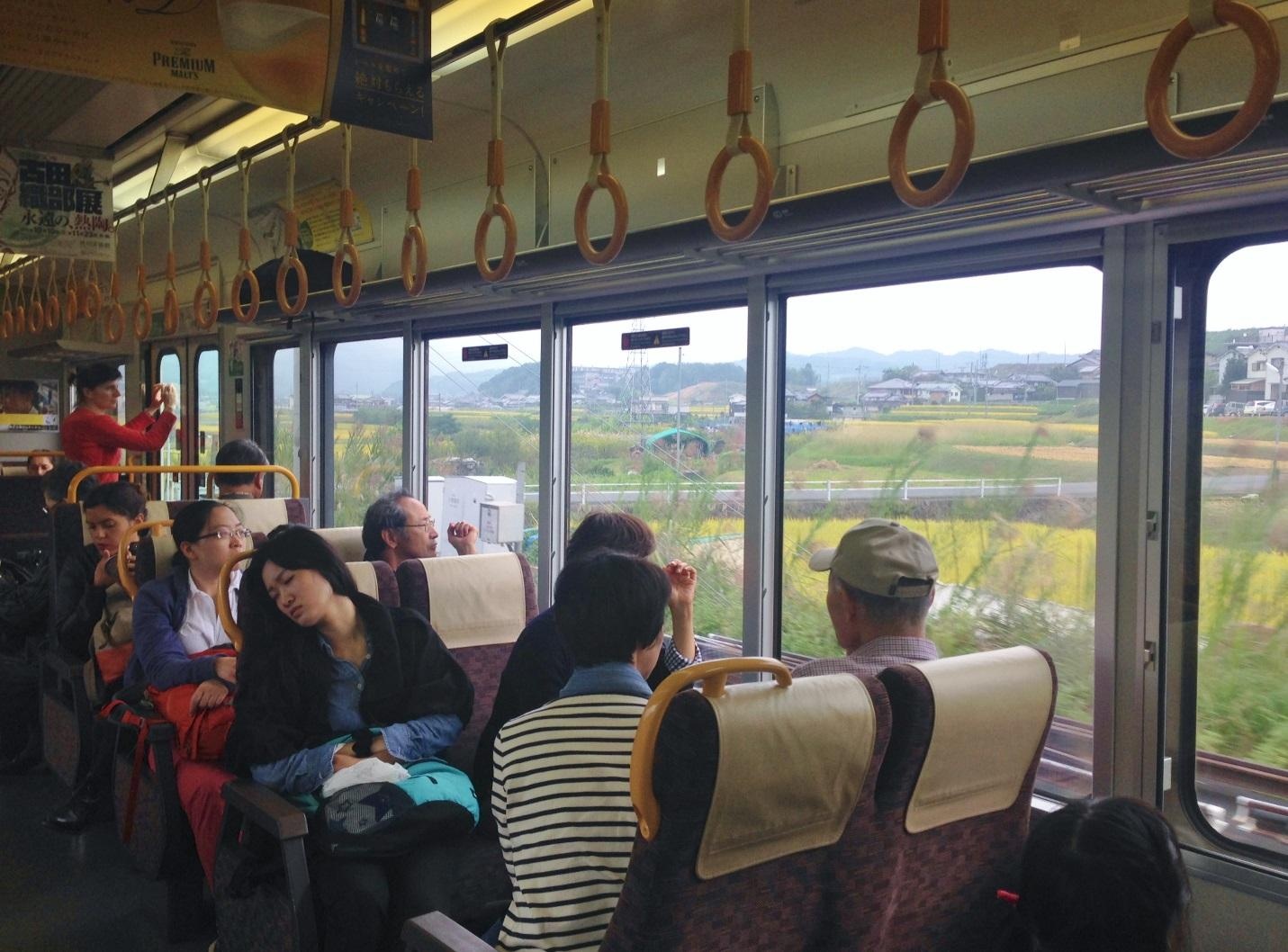 Train to Nara. You can enjoy the scenery of rolling hills, rice fields and a few traditional Japanese houses. | Image credit: Wanders of Eve

Accommodation here is less expensive. I chanced upon guesthouse two blocks away from Kintetsu Nara station when I was still planning our trip. We wanted to experience the traditional stay in a ryokan so we decided to spend a night in Yuzan Guesthouse Annex. It is an old Japanese house converted into a guesthouse. Most of the accommodations in Nara are located around the Kintetsu train station and are pretty close to popular spots. 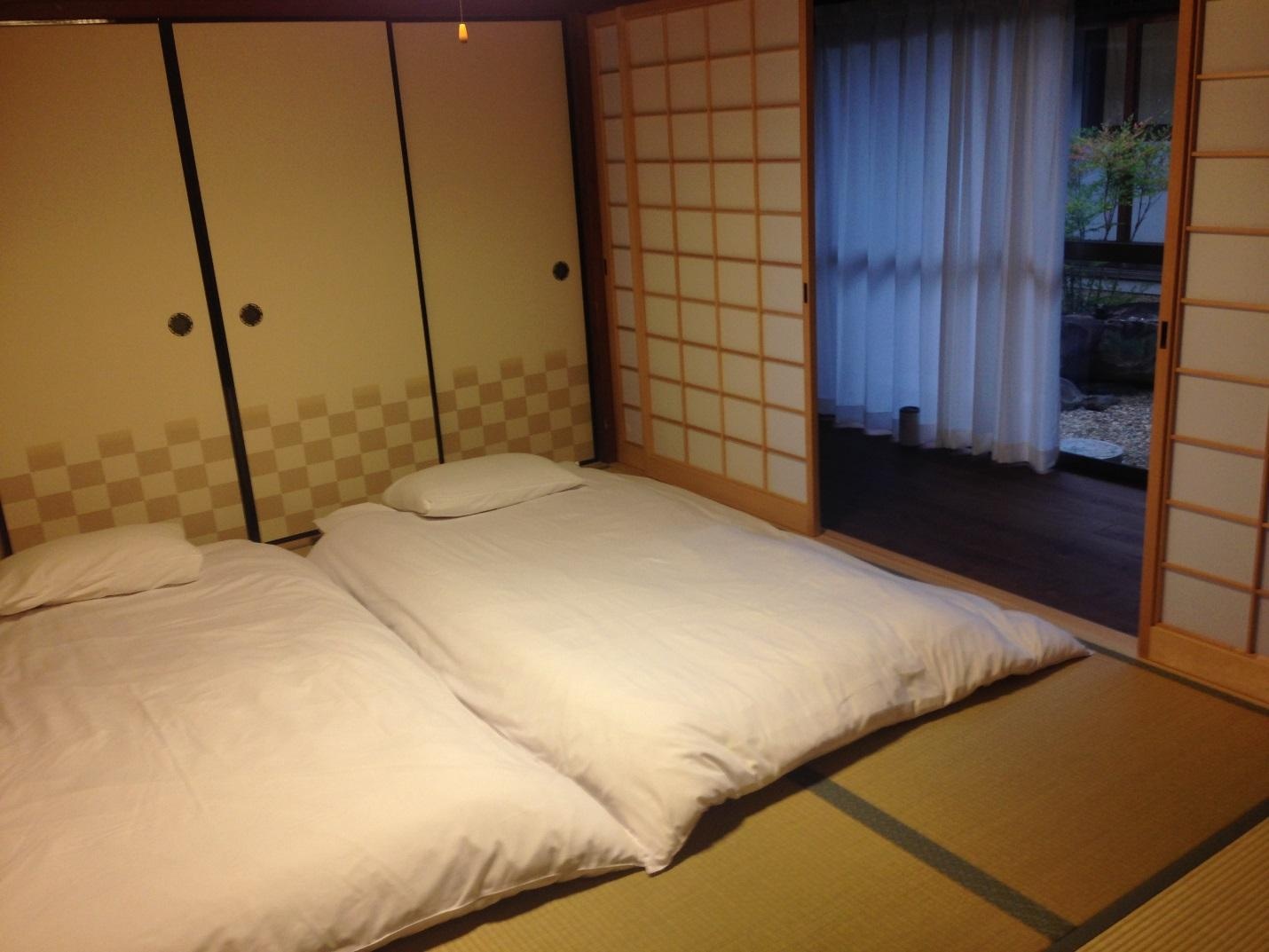 Nara is Japan’s first permanent capital and contains some of the oldest and largest temples like Todai-ji. There is also a 1-Day bus pass here for ¥600 (₱264) which can be bought across the street from Kintetsu Nara station. At night I rented a bike from our guesthouse and cycled around the city. The vibe is very provincial and contrary to the bustling streets of Kyoto, Nara exudes a serene atmosphere. It is rather laid-back and there isn’t much crowd. 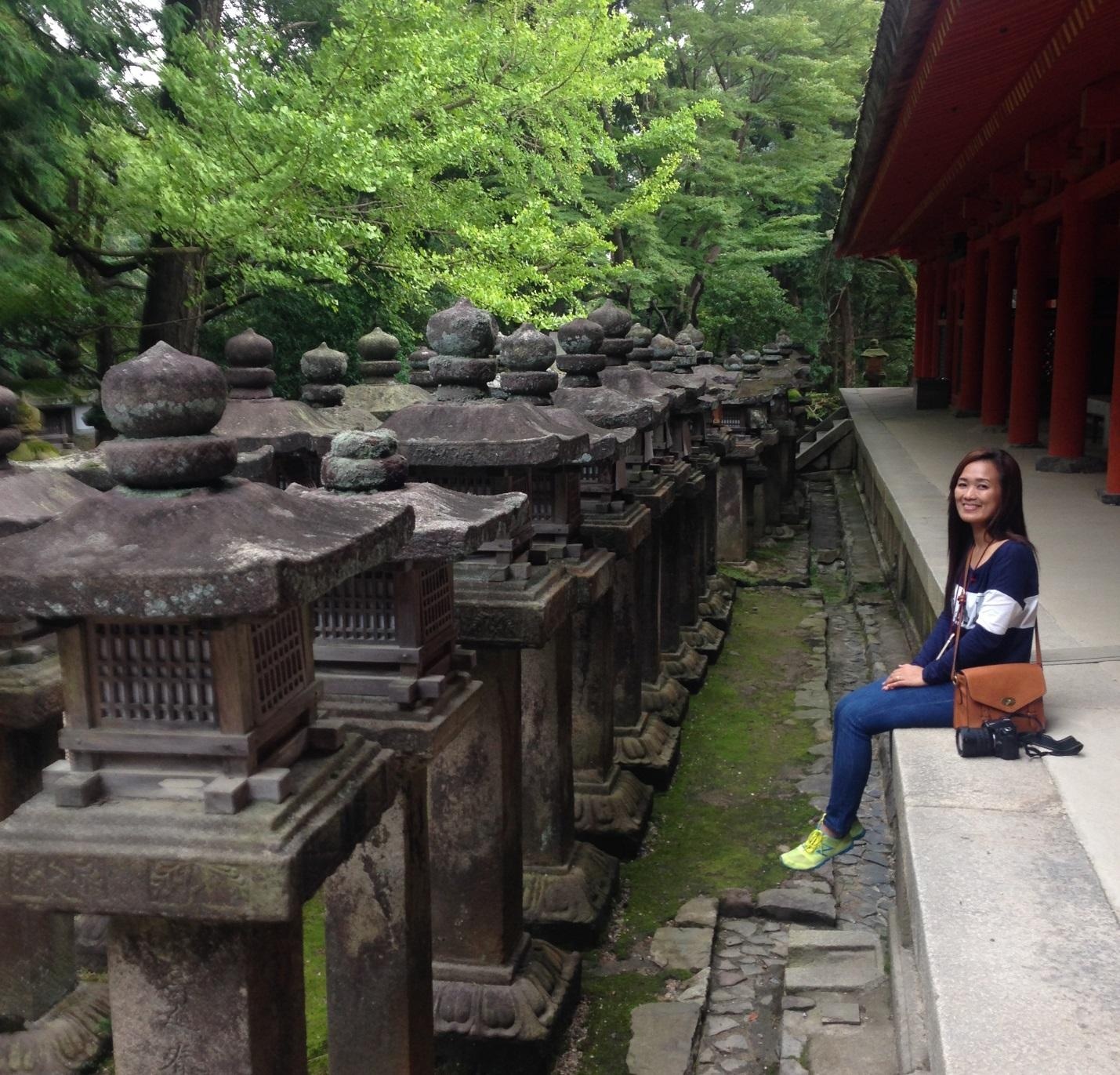 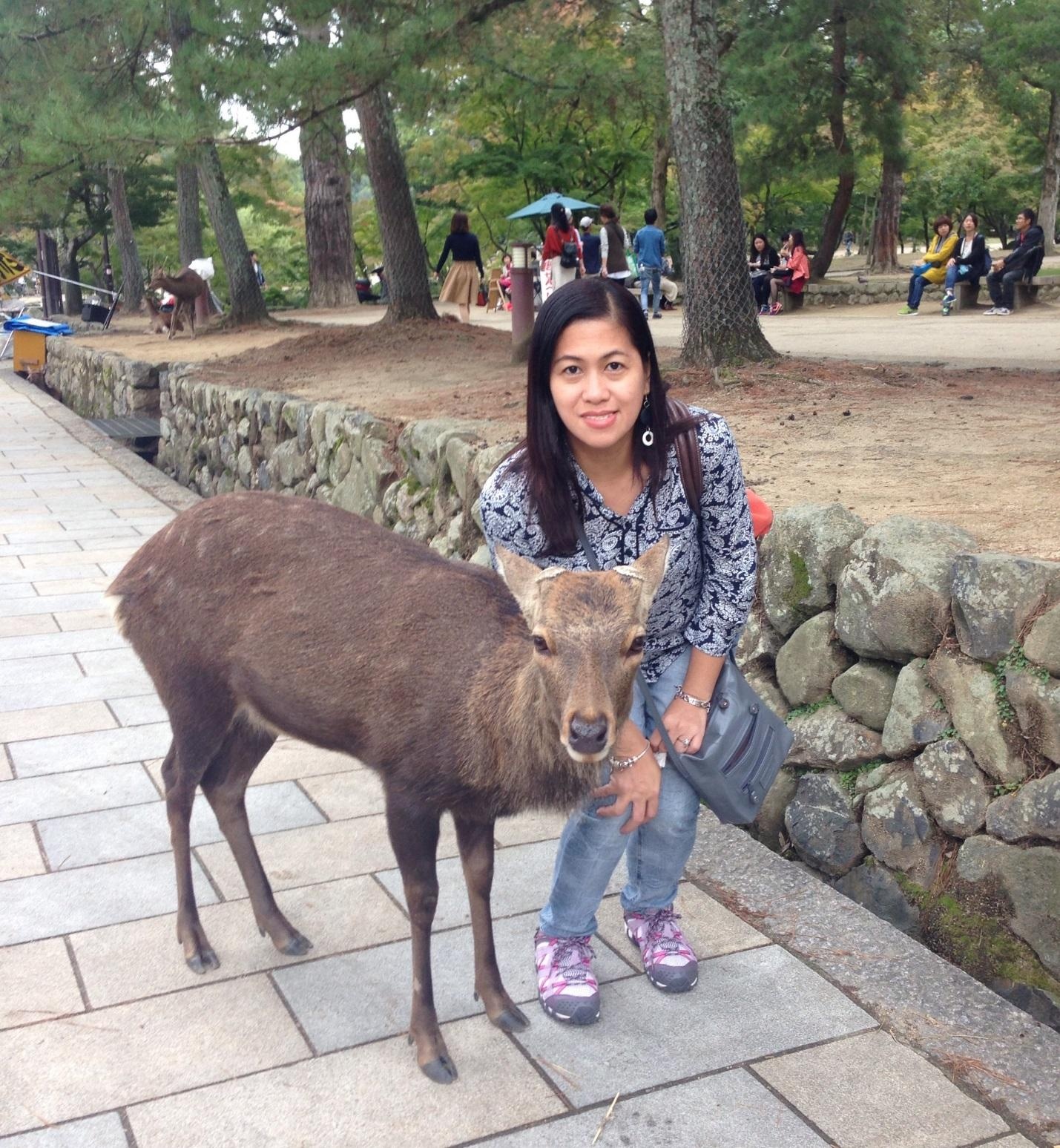 My colleague with a dear deer in Nara Park. The deer roam around the park freely. You can feed them with crackers which is also sold in the park premises. | Image credit: Salve Elizon

We took an express train from Kintetsu Nara Station and got off at Osaka-Namba station. The trip took us around 35 minutes and ticket costs ¥560 (₱246). Our hotel was in Daikokucho, a station away from Namba so we used the Midosuji line. This subway, the red line as they call it, is the main north-south line of the Osaka city subway network. Most of Osaka’s tourist spots are accessible via this line. Train fare starts at ¥180 (₱79).

Also read: A 5D4N Osaka Itinerary: All You Need to Explore the City 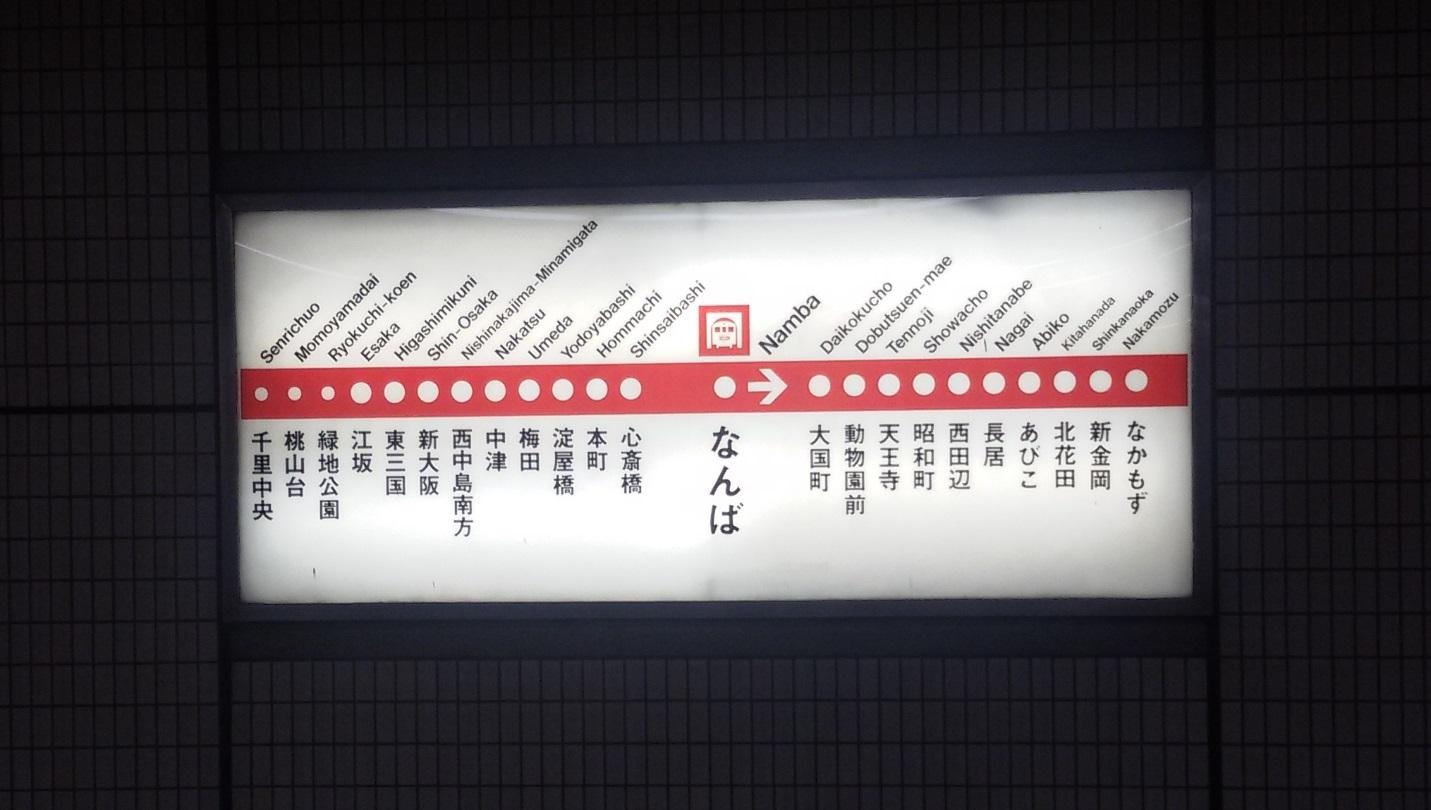 The Midosuji Line is the main north-south line of the Osaka city subway network | Image credit: Wanders of Eve

We stayed for two nights in Richmond Hotel in Daikokucho. It is a quiet area which is one station away from the popular Dotonbori. It just opened in 2013 and is a very nice hotel. They serve buffet breakfast at the ground floor for ¥1,200 (₱528). 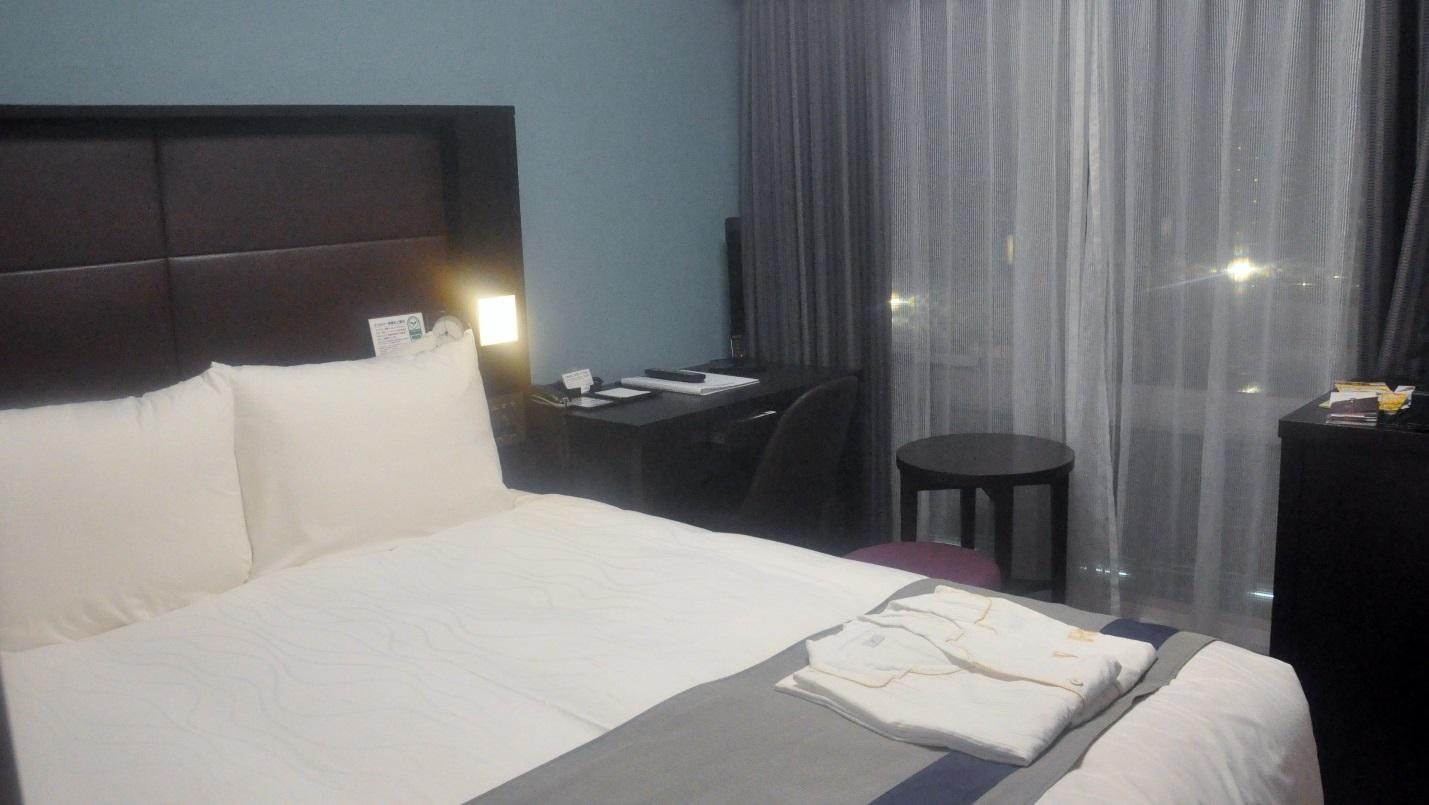 Osaka is the second largest city in Japan, next to Tokyo. The main draw here is the Dotonbori area which is lined with throngs of restaurants and is a popular entertainment hub. It is often regarded as the symbol of Osaka. The illuminated signboards and neon lights give Dotonbori a merry atmosphere at night. The beautiful Osaka castle and the Umeda Sky Building which gives a 360-degree view of the city are worth a visit as well. Don’t forget to try takoyaki, a Japanese snack which was first popularised in Osaka in 1935. An order costs ¥350-600 (₱154-264). 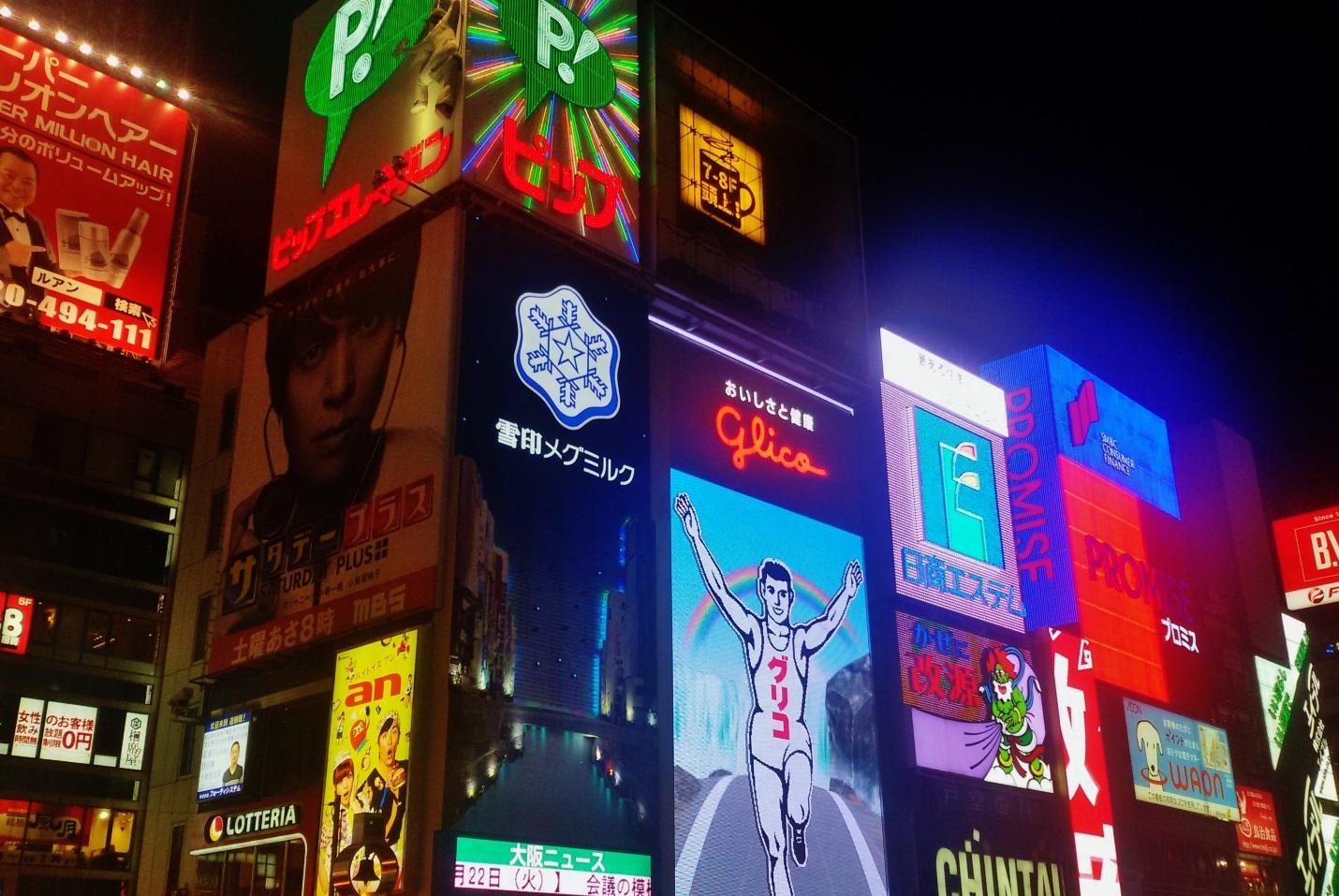 The neon lights and signboards of Dotonbori | Image credit: Wanders of Eve 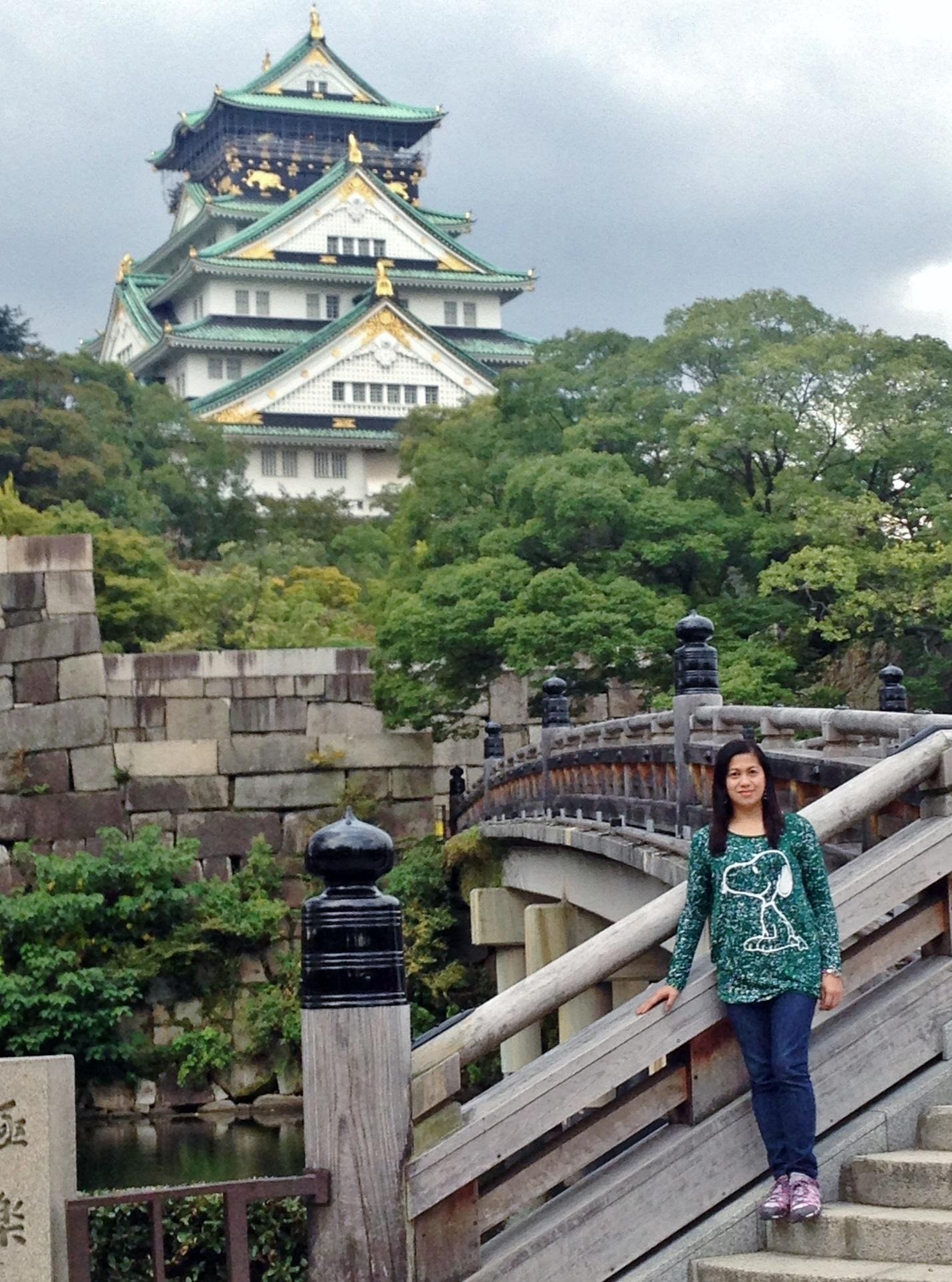 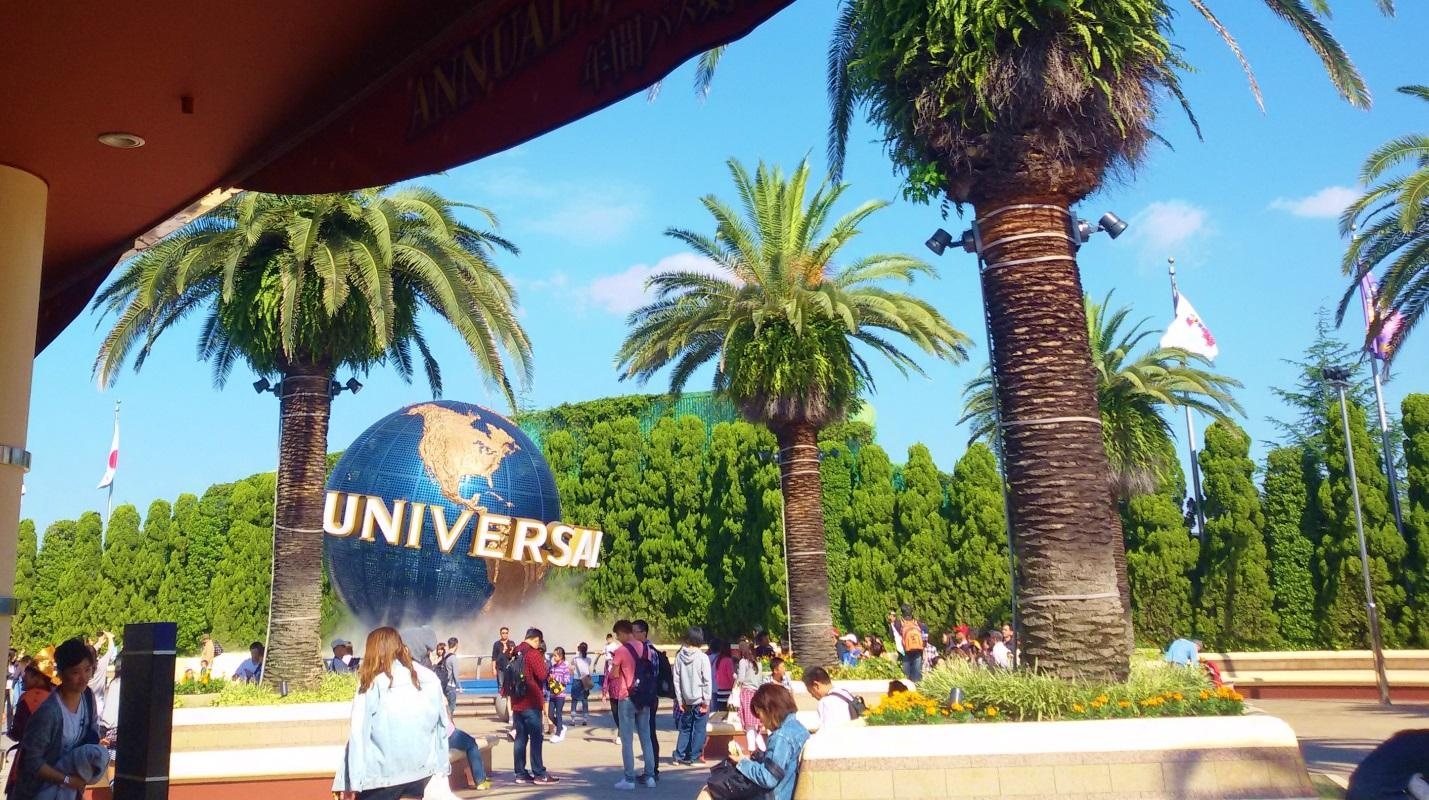 Side trip to Kobe

After check-in at Richmond Hotel, we spent half a day in Kobe. From Namba station, we reached Kobe Sannomiya station in 20 minutes by JR rapid train. The one-way ticket costs ¥410 (₱180).

A one-day bus pass for Kobe City Loop is also available for ¥660 (₱290). Due to lack of time, we only managed to go around Meriken Park and Chinatown. But if you happen to be in Kobe, do not miss the chance to visit Himeji Castle. It is considered Japan’s most spectacular castle because of its elegance and beauty. Just like Nara, Kobe has a laid-back feel except that I think it is more of a cosmopolitan. This may be because of international trading activities, being an important port city in Japan. Nevertheless, I must say that Kobe is a pleasant city to visit. 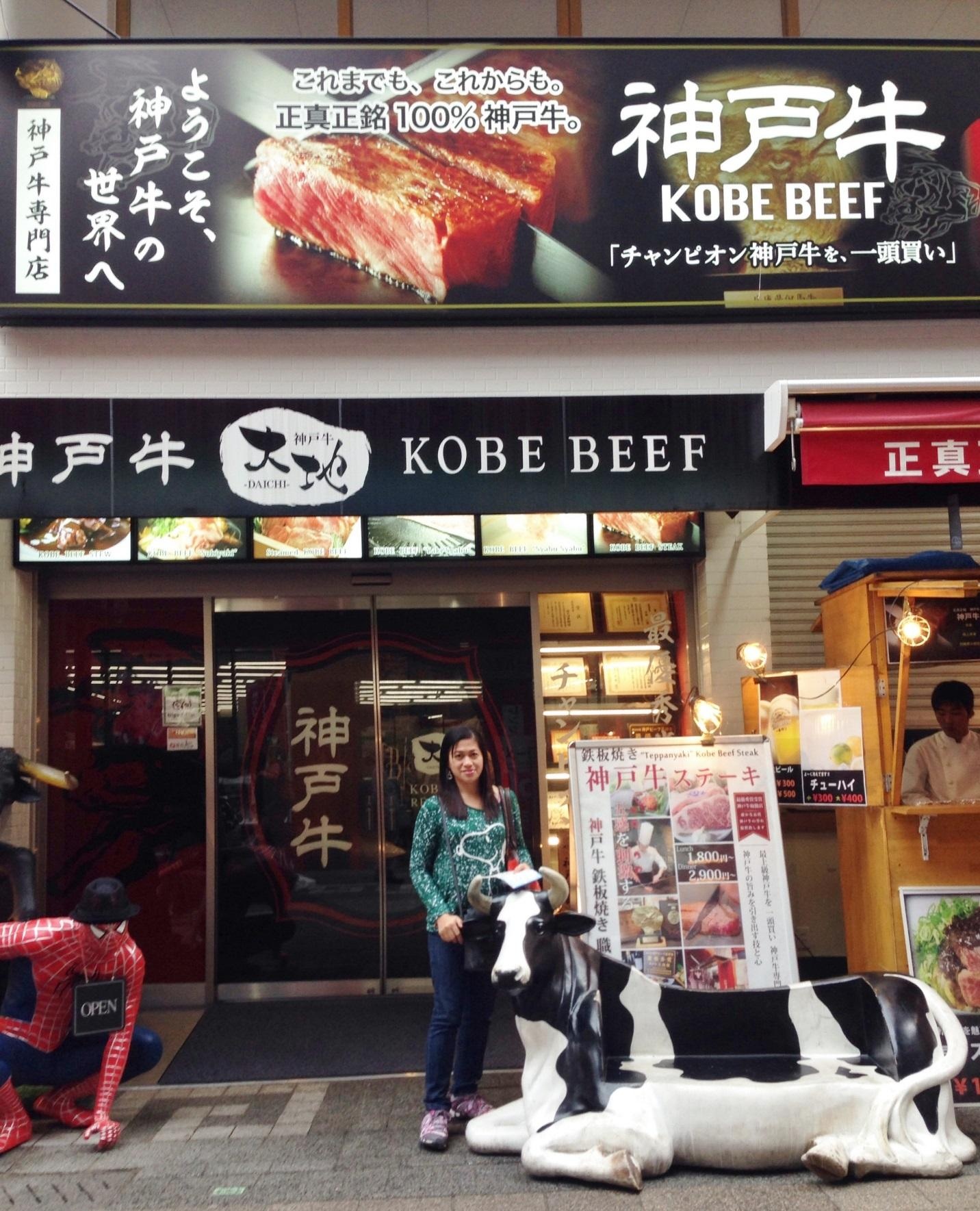 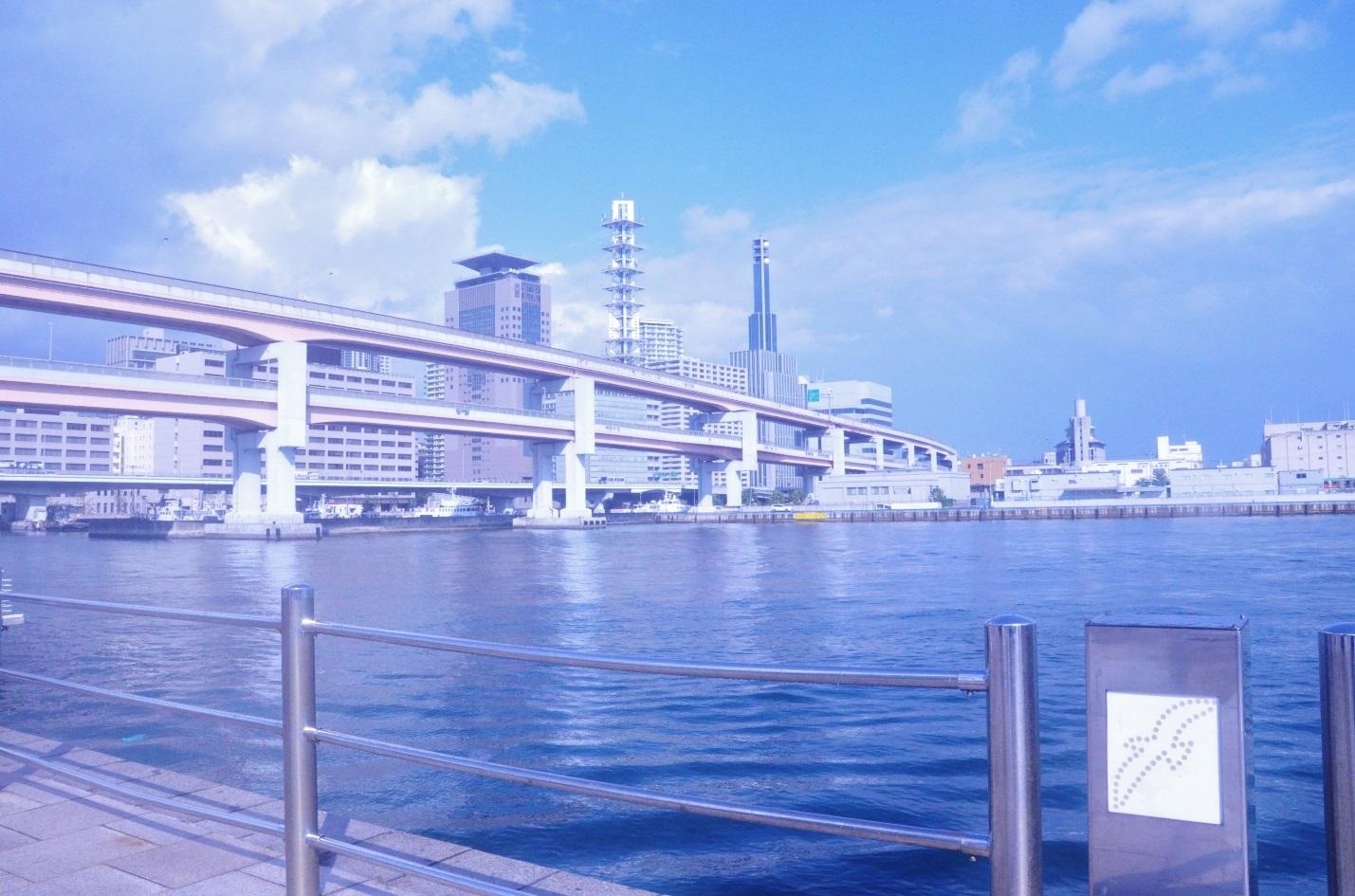 The OCAT (Osaka City Air Terminal) is located in Namba Station. It is the largest bus terminal in western Japan, with intercity buses departing to and arriving from various locations. It is where you’ll take the bus to Kansai International Airport from Osaka. The ticket costs ¥1,050 (₱462).

If you are going to follow our itinerary, I do not recommend availing a one week JR Pass. It is only extremely useful if you are going to travel between and around two cities that are really far from each other like Tokyo and Osaka.

It is better to exchange money in the airport if you brought currencies other than yen. In the past, since most of the Japanese pay in cash, not many shops accept credit cards. But today because of the flourishing tourism due to easing of visa requirements, even some cabs now accept credit card for payment. But for your utmost convenience, always carry cash with you like we did.

When taking public transportations, you can almost hear a needle drop. It is a sharp contrast to what we have back home where the passengers conversing seem to have not seen each other for a very long time. Inside trains, do not talk on your phone. It does not mean you have to ignore the call but answer it briefly and say you are on the train and will call back later. Put it in a silent mode.

I noticed that there are rarely trash bins in the streets. Japan is a country that is very mindful of cleanliness. So if you cannot find a trash bin, put your waste in your pocket or in your bag and throw it later when you get back to your hotel. 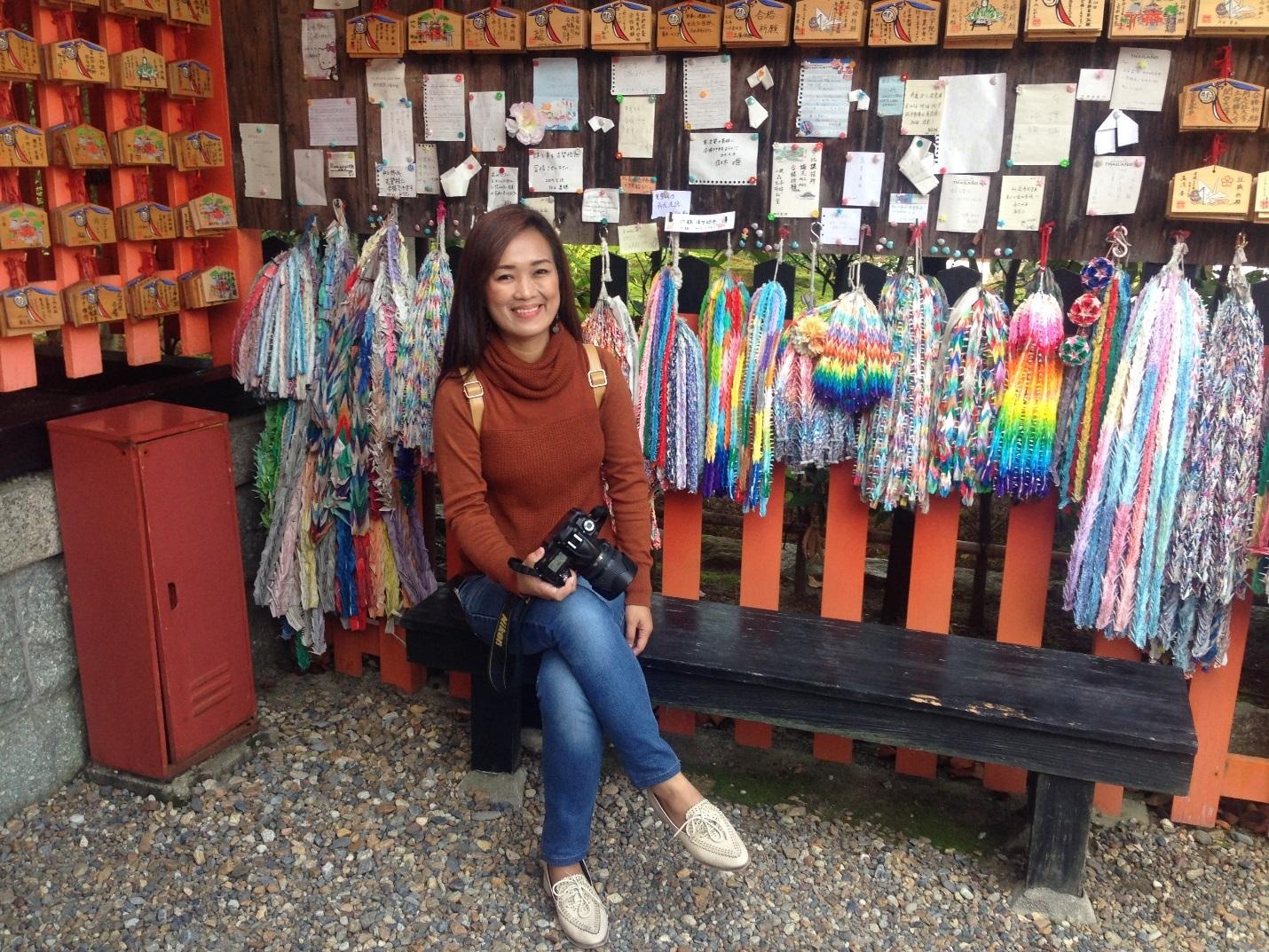 If there is one country in Asia that I would always want go back to from time to time, that would be Japan. It has extraordinary landscapes and the Japanese has a way of making them even more beautiful, rich history and culture, exceptional food, utmost convenience and safety, and the people are extremely polite and disciplined.

Also read: 24 Quirky Things You Realise Are Actually True After You Visit Japan

Need I say more? Travel now to the Land of the Rising Sun and experience your trip of a lifetime. 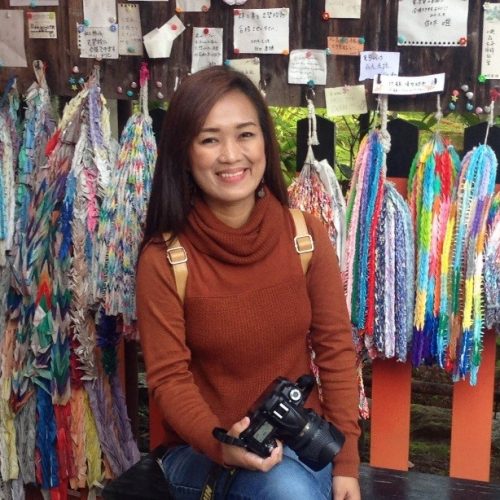