15 Things You Should NEVER Do at the Airport

Trips mostly involve a lot of planning from us to make sure that they go well. Sometimes, however, we forget one of the most crucial steps in travelling — the hours right before our flight.

Unfortunately, no frequent Filipino traveller is a stranger to prolonged stays at the airport. And, when not properly prepared, travellers may be tempted to do crazy things just to endure the pain of waiting for their flight. Keep in mind, however, that there must be a limitation to craziness… lest you want to find yourself detained. Here are 15 things you should NEVER do at an airport.

1. Joke around about weapons

Any person in his or her right mind knows that the airport is the last place to make bomb jokes and false threats. Leave the inappropriate humour at home, unless you want to inconvenience yourself, pay up a ₱40,000 fine, and get imprisoned for up to five years. 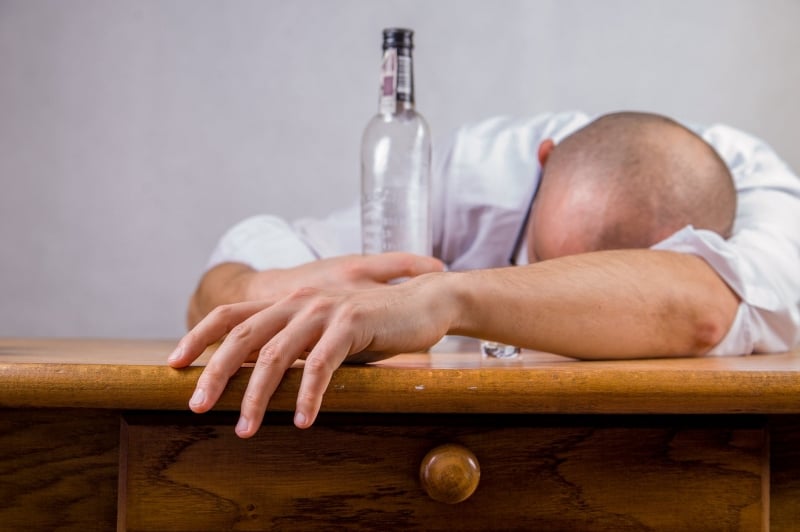 As far as my experience goes, getting drunk at an airport isn’t a big issue among Filipinos because most of us are aware of the hefty price hikes. Still, I want to reiterate this because I was recently a witness to a minor airport brawl brought about by a foreigner who had too much to drink. Being on vacation may tempt you to drink to your heart’s delight, but the last thing you want is to get arrested before even having any fun.

There’s hardly anything more annoying than long queues, and the airport has lots of this. However, cutting in line won’t help out anybody. Everybody wants to get through airport security lines as soon as they can,. No one is more entitled to skip waiting than the other.

Tip: Check-in online at least an hour before your flight’s departure time to avoid standing in the long manual check-in line.

You do not want to spend a fortune on things you’re going to have to leave at airport security. Unless you’re purchasing items at your home airport, it’s best to limit your liquid purchases. Also note that some food items that are not completely solid (i.e. peanut butter and jams, yogurt, salad dressings) are considered liquid under airport standards and are therefore prohibited to be carried into a flight. Surprise surprise! 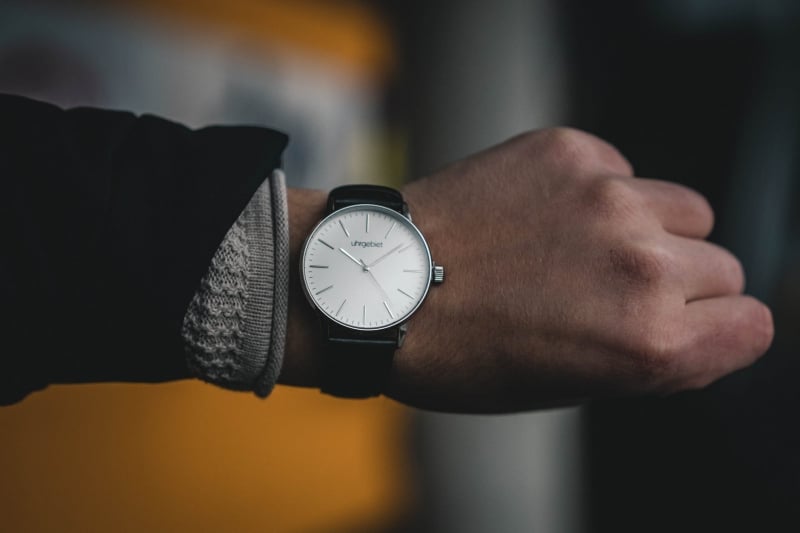 If ever you encounter a travel mishap, which will most likely happen at least once in your life, try your best to stay calm. Remember: losing your temper won’t help you out of your bad situation.

Also read: 35 Travel Disasters & Misfortunes that Could Happen to You

It’s shocking that travellers often forget about their valuables in security checkpoints. Because of this, it’s important for you to always double check if you have your electronics with you after having to put them in a separate bin for security.

8. Take too long in security checkpoints

Airport queues are long enough, so try your best to not hold the line anymore. Before travelling to the airport, empty your pockets and avoid wearing a belt so you won’t have too many things to worry about. If possible, dress in slip-on shoes so that you can easily take them off and put them on after every security checkpoint. Put your electronics in one accessible place so that you won’t have to dig deep into your bag every time you pass security. Finally, rearrange your stuff at the designated area instead of stopping in front of a line to put everything back in your bags.

9. Load your pockets with knicknacks

Better yet, wear pants without pockets. Sometimes, it’s almost instinctive for us to load our pockets with knicknacks (i.e. coins, phone, keys.) When we do this, we might end up holding the TSA lines. 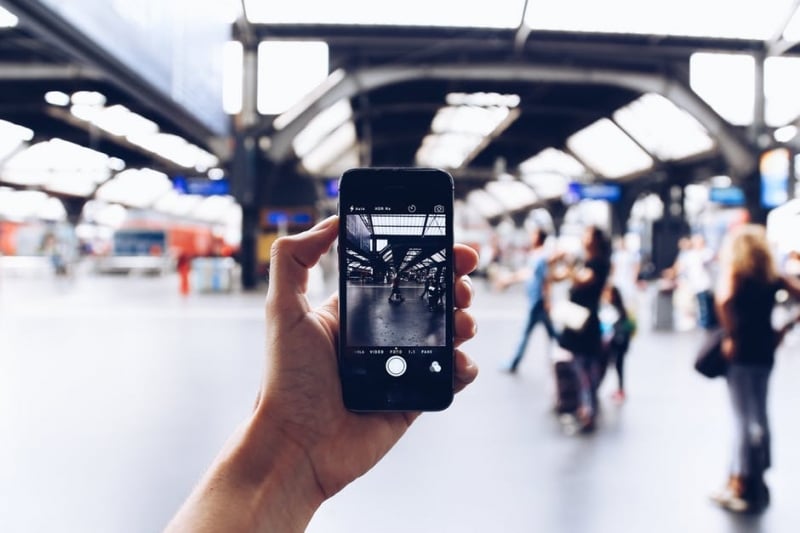 Generally, taking photos of strangers without their permission is rude. But, it’s the worst when done in an airport because the airport is the epitome of a melting pot. You might encounter foreigners who are very sensitive about privacy. Trust me, I’ve been shouted at by a foreigner all because I pointed my phone at his direction. The worst part? He didn’t even speak in English, so I had no chance of explaining myself.

11. Spend all your money on airport goods

Remember all the financial sacrifices you made to travel. Don’t lose your savings on expensive airport goods. Usually, products are priciest at airports — even when they claim to be on sale. Be smart and pack everything you need beforehand (including snacks) so you won’t have to succumb to these pre-flight temptations.

Immigration officers and TSA agents mean serious business. Respect them, because it’s proper to be courteous to everyone you meet. Also, you do not want to end up in an extensive security check — or worse, detained. 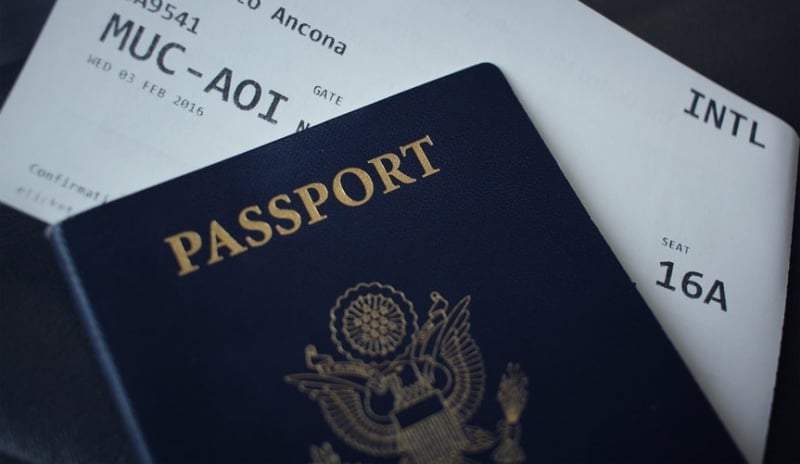 Hold onto your travel documents — your passport, visa, boarding pass, immigration form — with your life. Losing them may mean you’d have to spend thousands of pesos and miss your flight.

Tip: Have a digital copy for all your travel documents so you wouldn’t have to retrieve your physical copies and risk misplacing them. Before going to the airport, download or take a screenshot of your digital boarding pass and scan your passport and have them ready on your phone.

Also read: What To Do If You Lose Your Philippine Passport Locally or Abroad

When your gadgets run out of battery, it’s tempting to leave them charging under the custody of complete strangers, especially when there’s no place nearby to sit down. Obviously, this isn’t a wise move. Neither is leaving your luggage outside the bathroom while you attend to your business. If your carry-on is too large for you to bring inside the bathroom, at least ask someone reliable to look over it. Also, keep in mind that unattended luggage may draw suspicion from security. When you’re undergoing passenger assessment, you will be asked a few questions. I know some people stress over any kind of interview but don’t panic. This will only make you look more suspicious. As long as you’re not doing anything illegal, you should be fine. Lying, on the other hand, is a BIG NO.

Previous Article7 Things I Wish I Knew Before Travelling to Siargao for the First Time
Next ArticleA 7D6N Okinawa Itinerary: How to Explore One of Japan’s Hidden Gems