The Richard Linklater film Before Sunrise (1995) took viewers to a side of Vienna that is just so easy to fall in love with. While it can be hard to replicate the magic that Jesse and Celine possessed in the enchanting capital of Austria, one couple took the film as their inspiration and recreated their own romantic drama in Binondo, Manila. Through the collaborative lens of DianRelucano Photography and Analog Photo by Film8, Rebin and Judy immortalised their union with a Before Sunrise-inspired photoshoot in the oldest Chinatown in the world.

How this Before Sunrise-inspired photoshoot transformed Binondo into Vienna 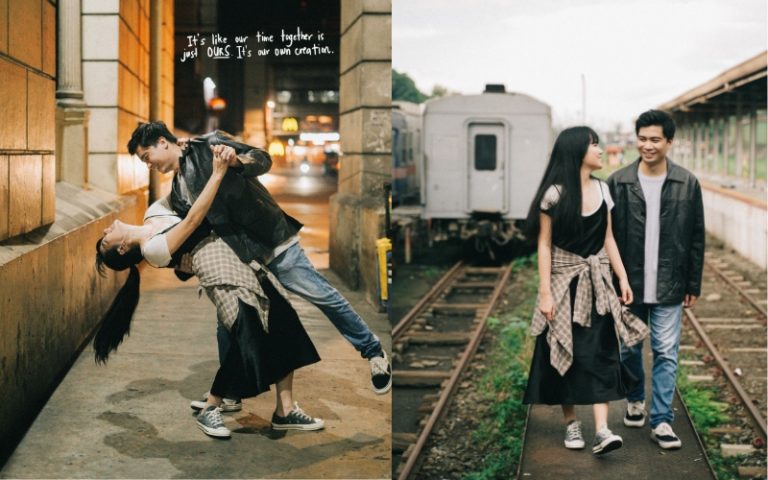 No one can deny how beautiful Vienna is, especially in Before Sunrise. Some could even argue that beyond Jesse and Celine, Vienna itself plays the main character. The picturesque city has a mysterious allure to it that the protagonists discover throughout the film.

Despite being a dialogue-heavy picture, the blunt but intimate cinematography lets the Austrian capital create a gradual romantic tension between the 24-hour lovers. On top of that, the baroque buildings and cobblestone streets of Vienna add to its allure. 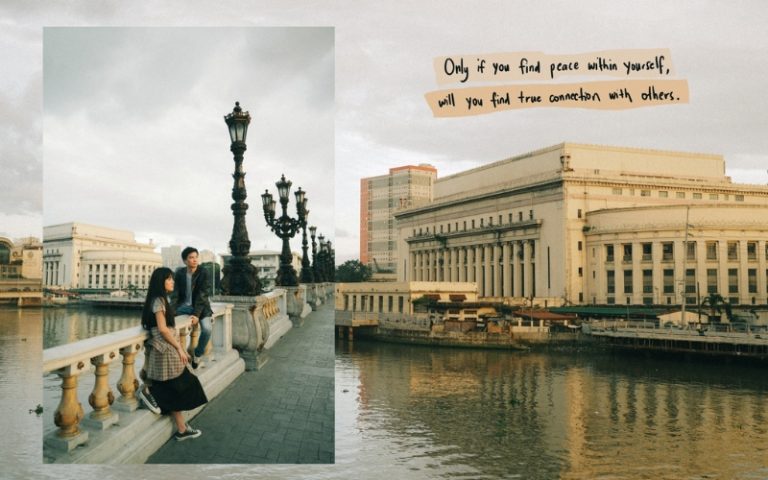 Binondo is far, far away from Europe, but the Spanish and American occupation brought architectural and infrastructural designs to the historic district that almost mirror a few landmarks in Vienna. Conceptually, the photoshoot made use of art deco buildings around Chinatown. These landmarks in Binondo served as the setting for Rebin and Judy’s moments for a romantic Before Sunrise-inspired photoshoot.

According to Judy, the photography team “came up with an idea to get inspiration from the film Before Sunrise.”

“Yung location is yung mga kalye sa Binondo na napaka-classic,” she tells TripZilla Philippines. Photographer Dian Relucano is grateful for the couple for being a joy to work with, since she always wanted to “create a Manila version of Before Sunrise, para mas ma-appreciate ng tao ang ganda ng Manila.”

Also read: 10 Things to Do in Binondo, Manila — the Oldest Chinatown in the World

Photographs through the hours before sunrise 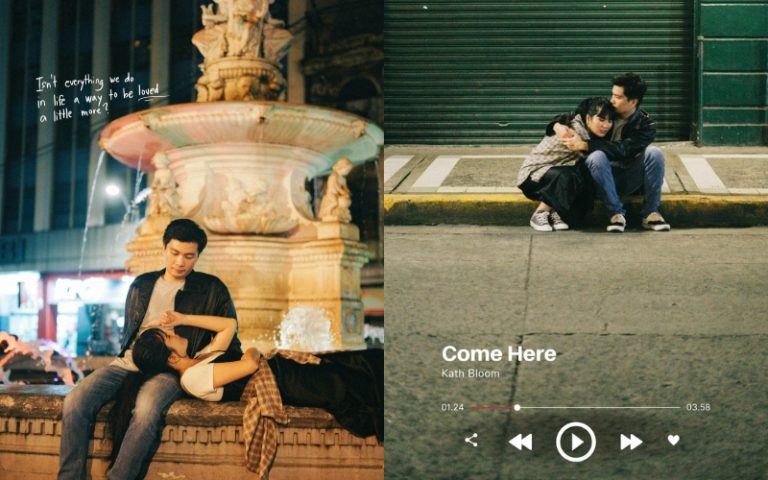 There are a few shots in the photoshoot that are directly inspired by the film’s frames. Instead of alighting the train from Budapest at Westbahnhof Station, Rebin and Judy got off at the historic PNR Station in Tutuban. The iconic last scene of the film, where Jesse and Celine rest from all the walking at the statue of Archduke Albrecht in Albertina, was also replicated in the photoshoot. Rebin and Judy decided to rest at Carriedo Fountain as they waited for the sun to rise.

Judy and Dian share that they’ll never forget the shoot, since they wrapped up the project literally before sunrise! 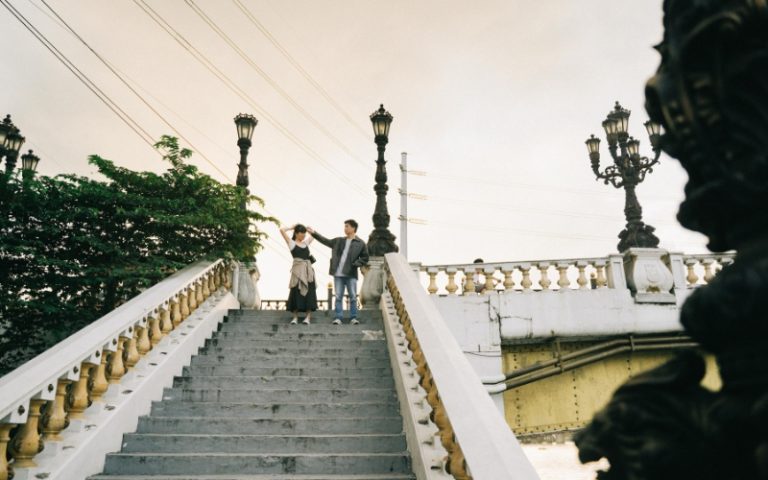 Apart from these inspired shots, Rebin and Judy also took a few liberties of their own. It is their story, after all! Some of these shots include a sweeping view of the new Intramuros–Binondo Bridge from Jones Bridge as the couple watch over the sunset. The couple also shares an intimate moment on Escolta Street’s sidewalk. Dian added captions, quoting dialogue from the film and from the song Come Here by Kath Bloom, which had an important part in the film. Indeed, almost every historic landmark that Binondo has makes their photoshoot evocative, nostalgic, and intimate, all at the same time.

Witnessing the beauty of Binondo through new lenses

Thanks to Judy and Rebin, along with Dian and JP’s vision, people who chance on this gorgeous photoshoot might learn about the beauty of Binondo from many different perspectives.

Who knows, this might inspire other couples to create their own inspirations from the film trilogy. Before Sunset in Intramuros, anyone? Or maybe Before Midnight in Vigan?

Previous Article2023 Planners: Our Top Picks & Where to Buy Them
Next ArticleCheap Tablets in the Philippines for Under ₱10,000