If you could ride a bike anywhere in the globe, where would you go? For cycling enthusiasts, it can seem that all of the world’s bike-friendly cities are somewhere off in Europe. But there are some hidden gems in Asia and the Americas that are worth jotting down as well.

With more cities pushing to reduce their carbon footprint, these biking destinations can serve as inspiration for what it might be like to experience less vehicular congestion on the road — where cycling isn’t just an alternative to cars, but also a sustainable way of life. Below, we’ve gathered some of our favourite cities for hitting the bike trails; and hey, if they happen to be irresistibly scenic, we’re not complaining!

There are bike-friendly cities, and then there’s Copenhagen. Sitting high on the throne with a score of 90.2% on the 2019 Copenhagenize Index, the capital of Denmark has successfully integrated biking as a way of life. According to this comprehensive ranking, 62% of Copenhageners used their bikes to go to work or school. In addition, they covered 894,000 miles each day in 2019.

Thanks to the relatively flat terrain and safe bike infrastructure, riding a bicycle in this Danish capital is not only the privilege of the athletic or the physically fit. Instead, people of all ages can enjoy the smooth cycling routes throughout the city. 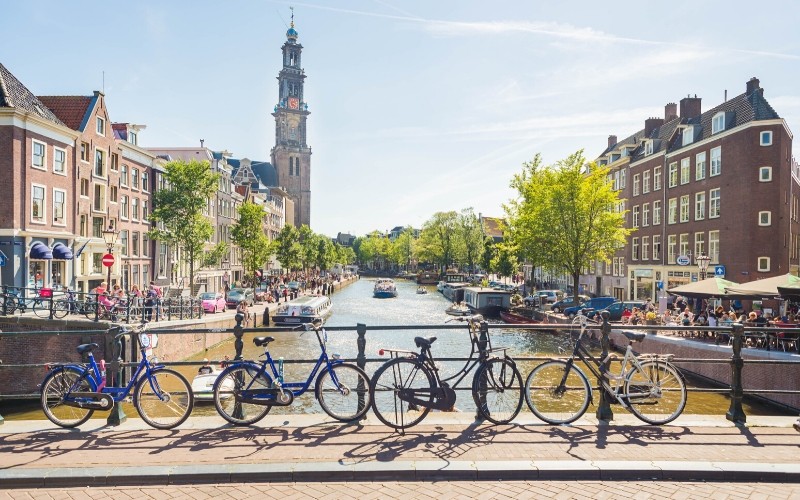 Glide past glittering canals and flower-lined paths in Amsterdam on two wheels, and it’s easy to see why this Dutch capital is one of the most beautiful cities on the planet. More than that, the city enjoys a healthy biking culture that goes hand in hand with its government’s pro-cycling initiatives.

Amsterdam caters to bikers by helping them feel safe and comfortable on the road. When rush hour traffic proved to be a problem in some parts of downtown, the city introduced a long-term mobility and bicycle plan with safety measures to address the needs of bikers. These measures include adding new cycling routes with lower speed limits, widening current biking tracks by 2.5 metres, and redesigning major intersections to alleviate bottlenecks in congested areas of the city. 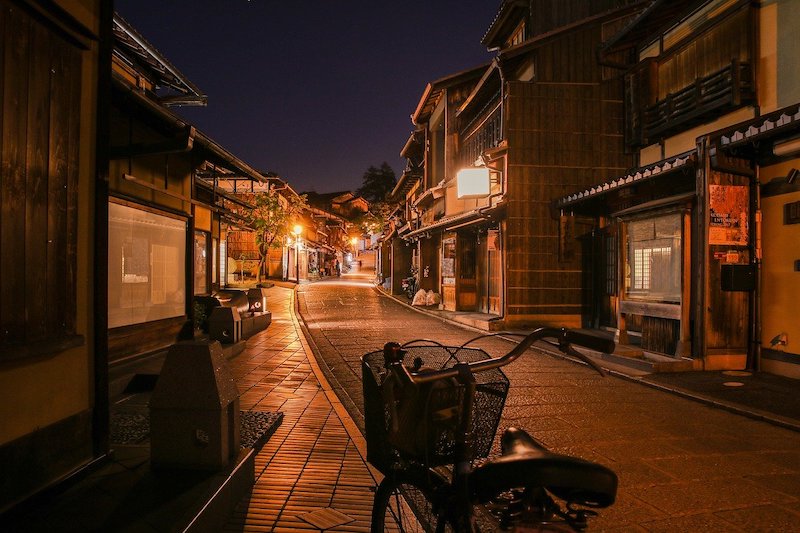 Riding a bike through Kyoto is like taking a walk in the park. With level streets and a vast quantity of bike rental shops, the former imperial capital of Japan enjoys a no-stress environment when it comes to biking. In fact, many scenic attractions in the city provide small parking zones for bicycles nearby. Whether you’re exploring the temples of Arashiyama or following the cherry blossom trees along the Philosopher’s Walk, cycling is another way to experience the zen atmosphere of this beautiful city in Japan. 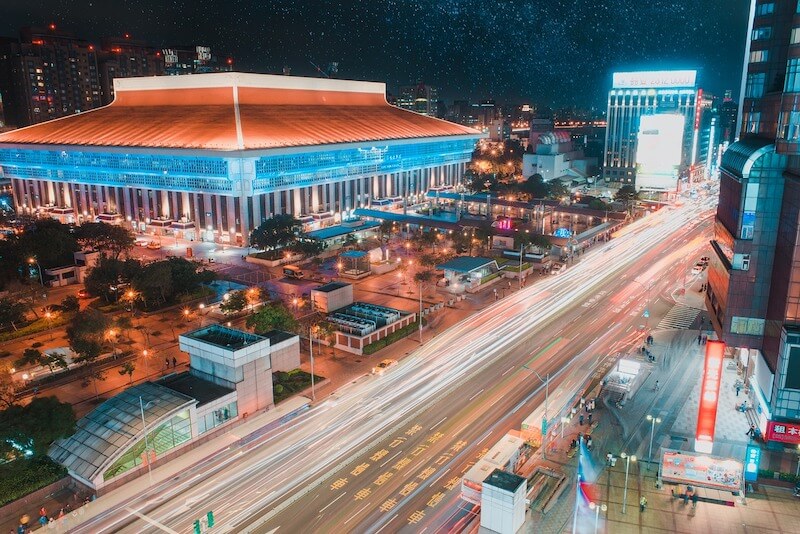 To the naysayers who don’t believe that biking can be a safe and viable transportation option in a compact metropolis, we present Taipei. Over the past few years, this densely populated city has risen in the global rankings of bike-friendly cities. After investing resources in a network of bikeways and cycling infrastructure, the city even has future plans to triple their bike lanes!

From successfully organising the YouBike sharing program in 2009 to hosting the Velo-City international cycle-planning conference in 2016 — the first Asian city to do so — Taipei is proof that bike-friendly solutions can be implemented in a highly urbanised centre.

Also read: Cycling in Taipei: Journey of a Newbie Biker 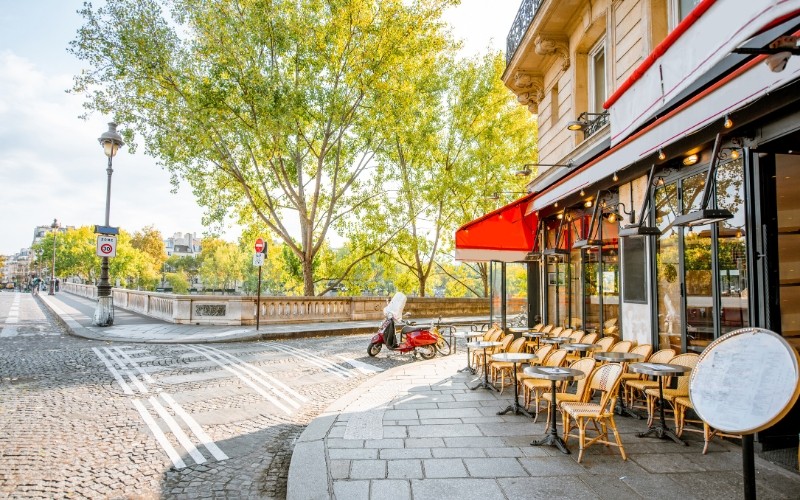 Biking is deeply ingrained in the lives of Parisians, as it’s a fast and convenient way to navigate the crowded streets of Paris. Even now, we can’t help but imagine ourselves cycling along the banks of the Seine River, whizzing past the Arc de Triomphe on the Champs-Élysées. Yes, exactly like the protagonist of a French film.

What makes biking in the City of Lights so great is the addition of protected biking lanes in various districts. In turn, this improves access and mobility for a large volume of bikers. Furthermore, a network of designated bike lanes and bike-only tunnels ensure that more Parisians are riding bikes than ever before.

Seeing bicycles parked outside restaurants and café is a common sight in Ljubljana. Like many green cities in Europe, the capital city of Slovenia has introduced several eco-friendly transportation policies in its vision for sustainable city development. These measures include redesigning the intersections, placing traffic lights specifically for bikers, and expanding low-speed zones on the road. Most of all, Ljubljana stands out among other European cities for having an equal gender balance among its bikers. 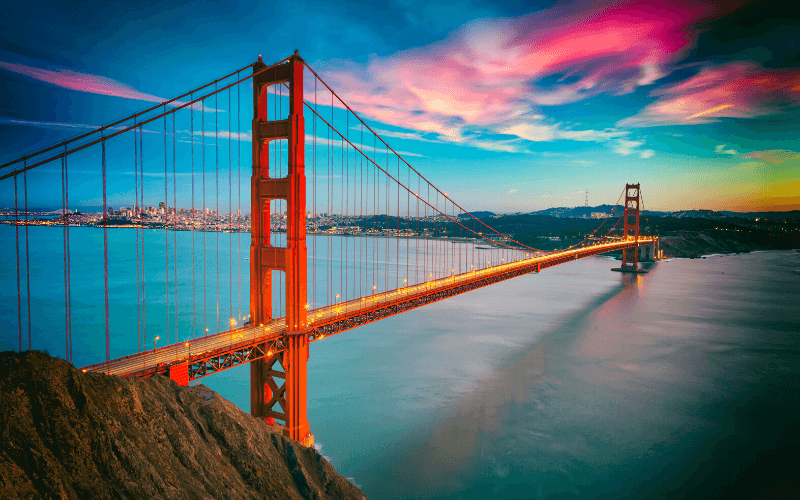 Zigzagging through the famously crooked Lombard Street sounds like an uphill struggle, but thankfully, many neighbourhoods in San Francisco aren’t as steep or difficult to navigate. With bikeshare services throughout the city and several bikeways constantly being added each year, San Francisco joins the rankings of the most bike-friendly cities in the United States. In fact, an automatic counter identified over 10.8 million bikes that were being used in 2019.

As you cycle through the distinct neighbourhoods, you might also want to stop for a delicious cuppa at these must-visit coffee shops in San Francisco. And if you’re a seasoned biker, cycling through the Golden Gate Bridge to the charming houses of Sausalito is one of the most rewarding experiences you can have in California.

Also read: 10 Famous Bridges in the World You Need to Cross

Quietly sneaking into our list of cities for bike-friendly adventures is Rio de Janeiro in Brazil. With over 450km of segregated bike lanes and a public bike-sharing program called Bike Rio, the city holds the reputation for being one of the best destinations for bikers in South America. Many cycling routes can take you around the highlights of the city, all the way to the famous beaches! You don’t have to be a seasoned cyclist to immerse in the city’s vibrant atmosphere as the locals do, leisurely pedalling along the scenic paths in Copacabana and Ipanema. 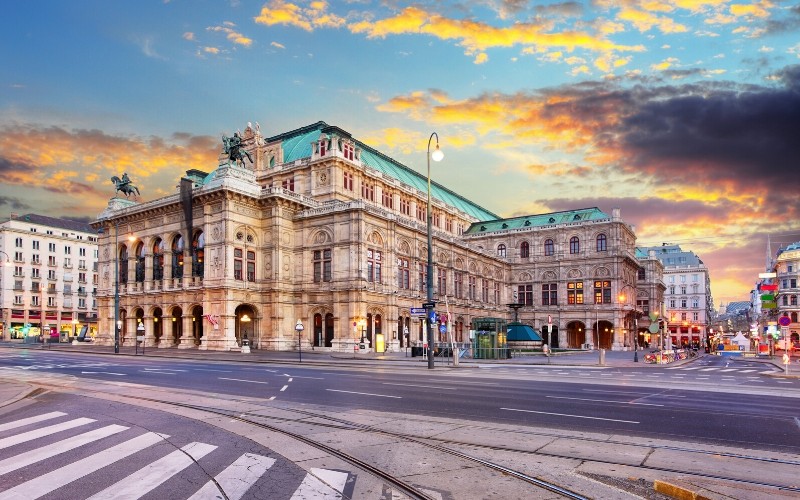 It’s almost too easy to fall in love with the city of Vienna! Not only is the Austrian capital safe for travellers in general, but it’s also one of the best cities you can explore on a bike. In fact, Vienna’s biking paths cover over 1,400 km of the city. Here, the wide lanes and sufficient parking spaces help to push biking as a mainstream form of transportation.

Feel like winging your own bike tour? In Vienna, anyone can rent a bright-red Citybike without breaking a sweat. You can hop on a bike around the Ringstrasse boulevard, where you can admire highlights such as the Burgtheater, Vienna State Opera, and Austrian Parliament Building. Once you’re finished sightseeing, you can leave your rented Citybike at any of the 121 Citybike stations. 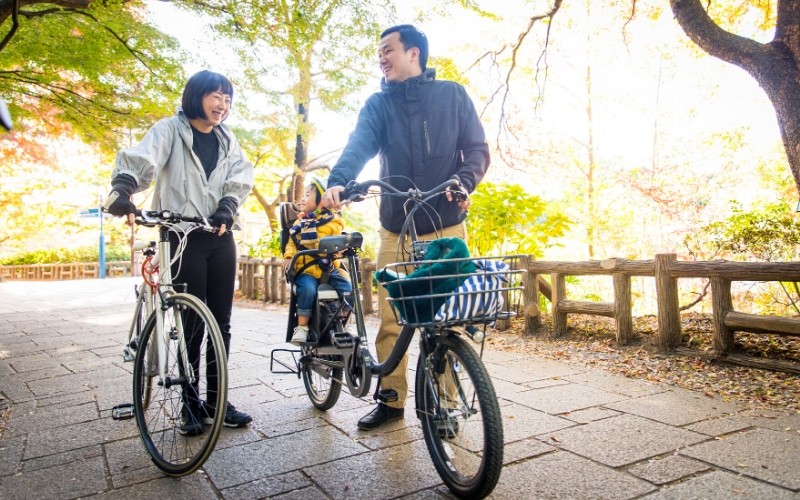 Of course, it’s no secret that Tokyo claims the top spot among bike-friendly cities in Asia. Since many households don’t have adequate garage space for cars, many locals own a bike for their daily commute. The flat sidewalks, underground parking vaults, and relatively calm scenery in Tokyo create the ideal conditions for bikers of all ages and abilities.

If you’re visiting Tokyo for the first time, biking is a great way to visit multiple districts in a day. Watching the distinct character of each neighbourhood fly past you, or crossing from the historic streets of Asakusa to the electric hub of Akihabara, is a remarkable way to witness just how diverse this city truly is.

Also read: A Bike-Friendly Metro Manila: This is Why We Need It 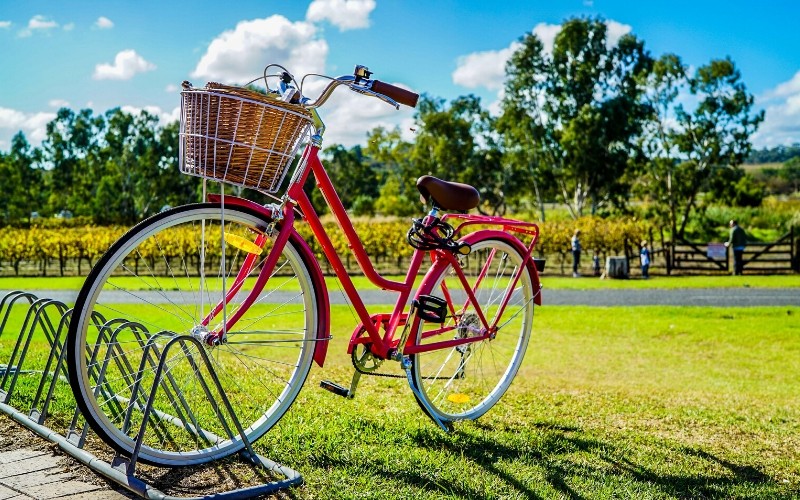 If there’s anything we can aspire to learn from these cities, it’s that a great deal of effort is necessary to maintain sustainable mobility. Urban planning, bike infrastructure, efficient policy-making, gender equality — all of these factors must work together to present biking not just as a lifestyle choice, but as an essential solution for a greener future.

Which of these bike-friendly cities is your favourite? Don’t forget to tag us on your cycling adventures on Instagram: @tripzillaph!