A Glimpse of the Balkans: 9 Must-See Places in Bosnia and Herzegovina

With mountainous landscape, vast lakes, deep history and diverse culture, this country in southeastern Europe situated in the Balkans Peninsula should be added in your bucket list.

I arrived on a rainy morning in Sarajevo International Airport, which is the main international airport in Bosnia and Herzegovina located in Sarajevo, the capital. I arranged an airport transfer to my hostel as I am new in this city and the staff offered me a good deal. Journeying from the airport to the hostel, I made sure to sit in the front seat to have a full view of what’s ahead on the road. It was quite gloomy that time and thee rain didn’t stop until I reached my hostel in the heart of Old Town Baščaršija.

This is the main area for tourists – a 15th-century historic district of the city which is often called as the “heart of the old Sarajevo”. The name Baščaršija came from the Turkish word “bas” which means main, while “čaršija” means bazaar or commercial street. It is situated on the northern bank of the Miljacka River that runs through the very centre of Sarajevo. If you delve into the narrow and cobbled streets of the bazaar, it will give you a glimpse of how the trading went about during the Ottoman Empire. 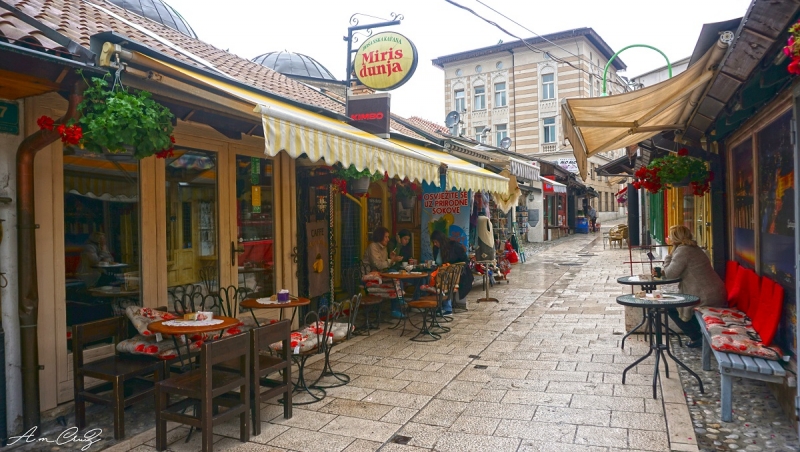 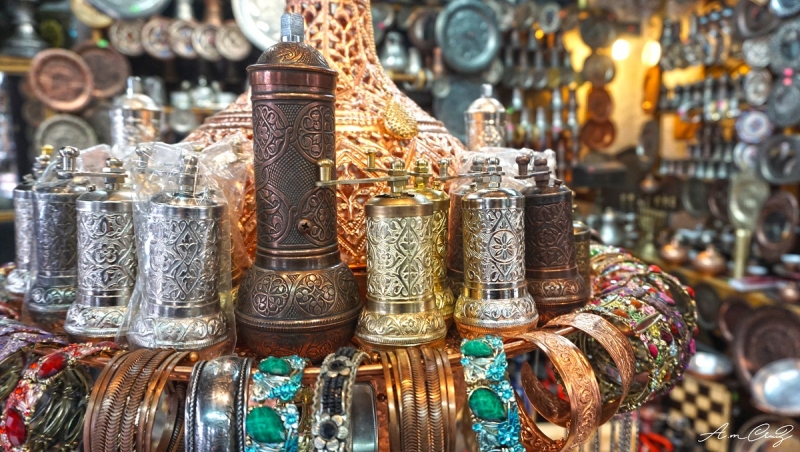 There are restaurants around that serve delectable traditional meals and must-trys. A good Bosnian coffee is a part of the Bosnian and Herzegovinian character. More than a drink, it’s a daily routine for them. It is also a symbol of the country’s tradition of coffee drinking that began with Ottoman influences. 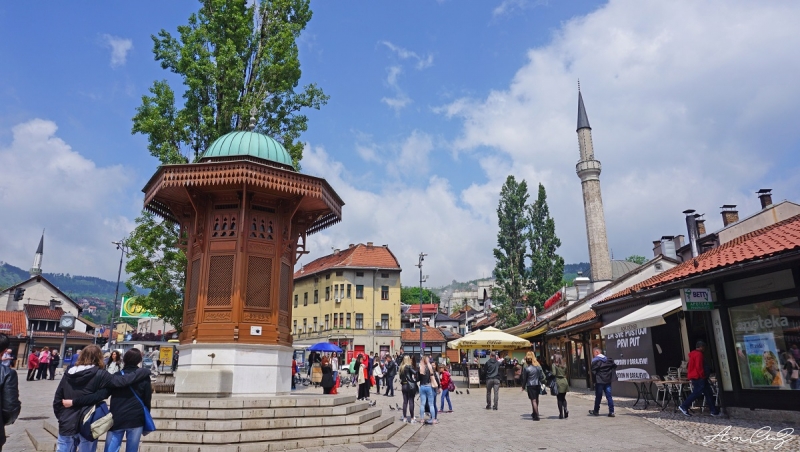 Sarajevo offers trendy European-style coffee houses that you can find everywhere in the heart of the old town. In this old city, you can find the Old Orthodox Church, a Catholic church, a mosque and the Sarajevo Synagogue which are just within one another’s reach.

Here, I recommend you to stay at Hostel For Me.

Between 1992 and 1995, a crisis came up when Bosnia and Herzegovina broke away from the Socialist Federal Republic of Yugoslavia which resulted in the Bosnian War. I joined a bunch of other travellers on a trip to the Tunnel of Hope to understand it better and get the real picture of what the war really was about. It takes more or less 30 minutes of travel to go from Old Sarajevo to the War Tunnel. The tour began with a little introduction about the Balkan conflict. We arrived at the entrance of what is now called the Sarajevo Tunnel Museum, a private house whose undergrounds serve as the entry to the tunnel.

Also read: The Balkans: The Cheapest Region in Europe to Visit 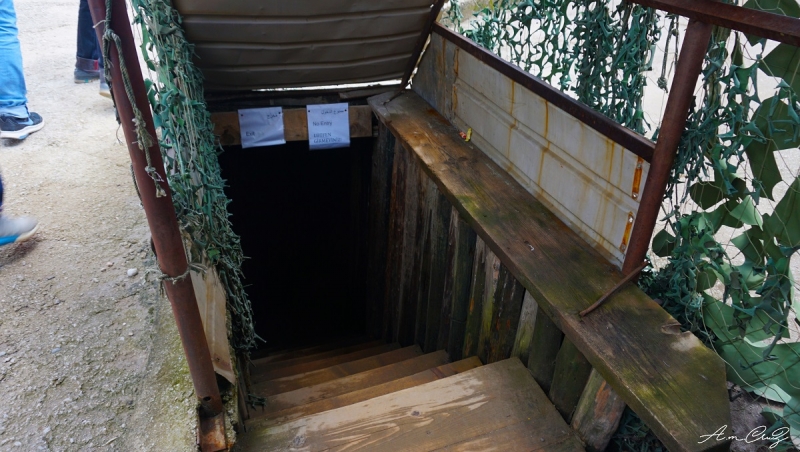 First, we watched an 18-minute video screening about the siege and the construction of the tunnel. Then, we got to experience walking down the small tunnel, which is about 25 metres, where at the end, we got the opportunity to see the Museum part where photographs from the war are displayed along with military equipment, uniforms, weapons used during the siege and some traces of bomb explosion in the area. The museum is becoming one of the most visited historic places in Sarajevo. On the way back from the tunnel, we took a turn to the Jewish Cemetery located on the hillside of the mountain overlooking the city. This also happens to be one of the largest Jewish cemeteries in southeast Europe that is said to be the front line during the war wherein military weapons were placed by Bosnian Serbs. 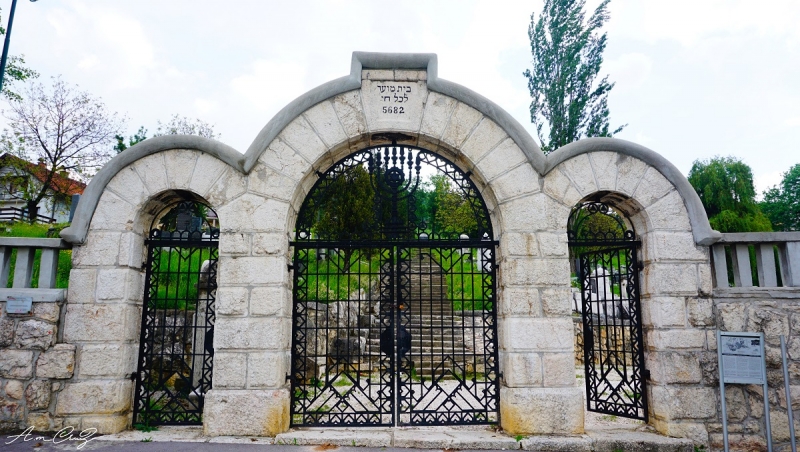 The cemetery was finally returned to the Sarajevo’s Jewish community for reopening and restoration. 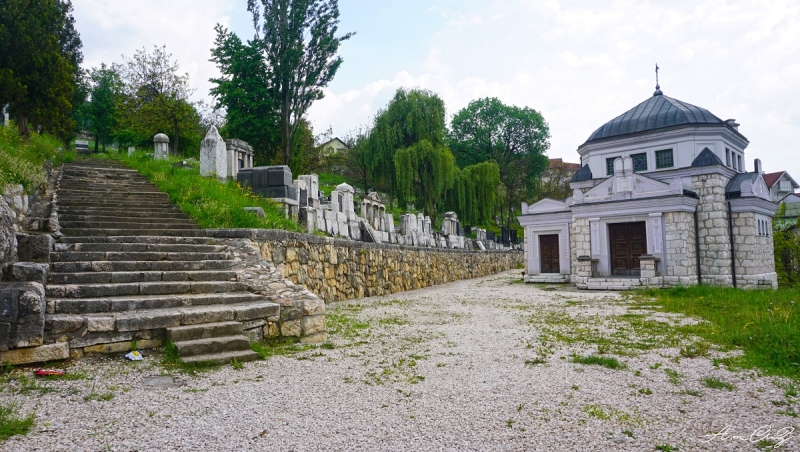 We moved again this time going to the much higher upside of the city in which the Yellow Fortress is set. It offers a spectacular panoramic view of the city and serves as a great spot to sit down, watch the sunset and feel the country’s vibe. 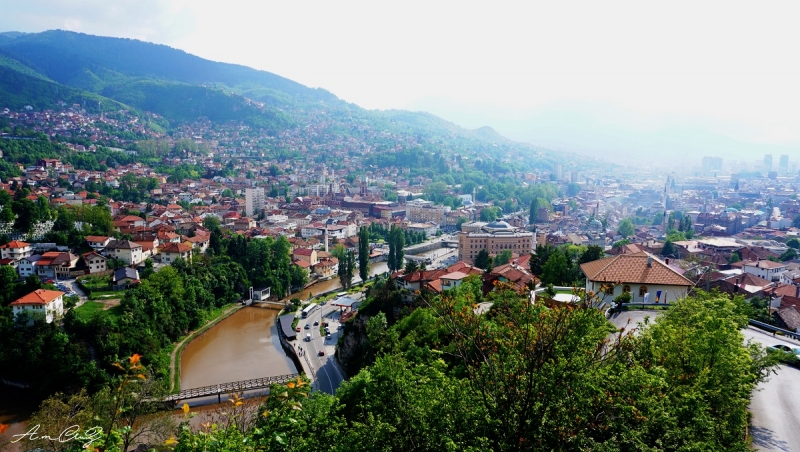 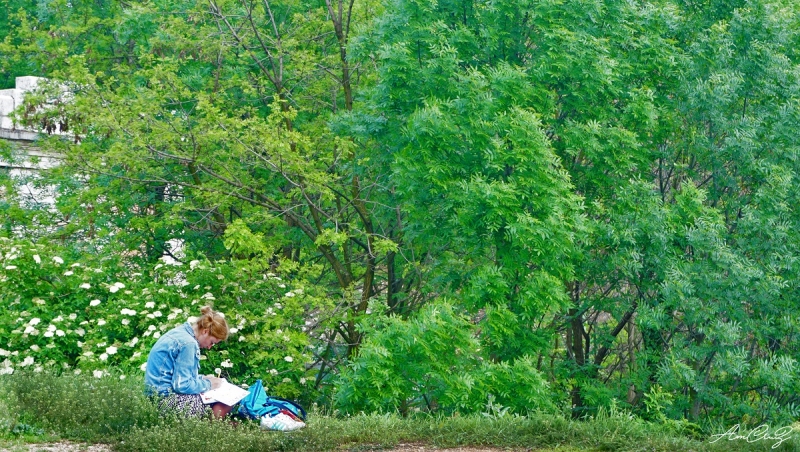 Another architecture site to visit in Sarajevo is the historical Latin Bridge, an Ottoman bridge built in 1565 over the river of Miljacka. On 28 June 1994, it served as the place where the assassination of Archduke Franz Ferdinand, the Austro-Hungarian heir, and his wife Sophie Hohenberg happened. This incident is noted as the Sarajevo Assassination that led to the beginning of the first World War. 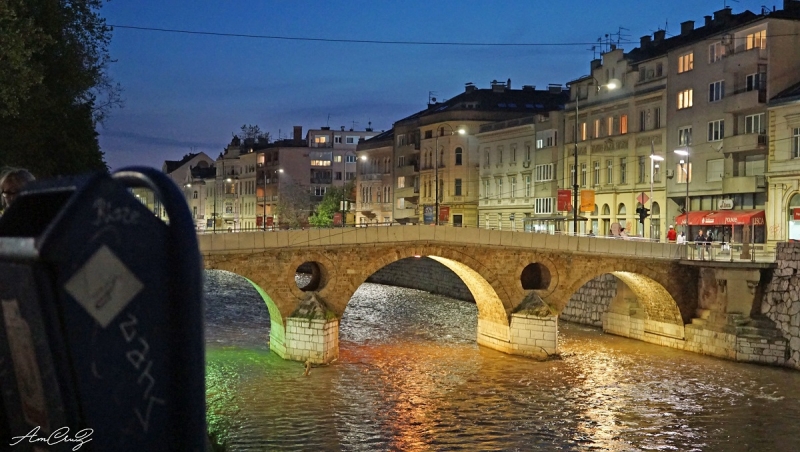 On our second day, I joined a different group of travellers and we had a morning ride that took us to the interesting outskirts of Sarajevo and some areas of central Bosnia and Herzegovina. We passed by green mountains, blue lakes and through much lower elevations as well. 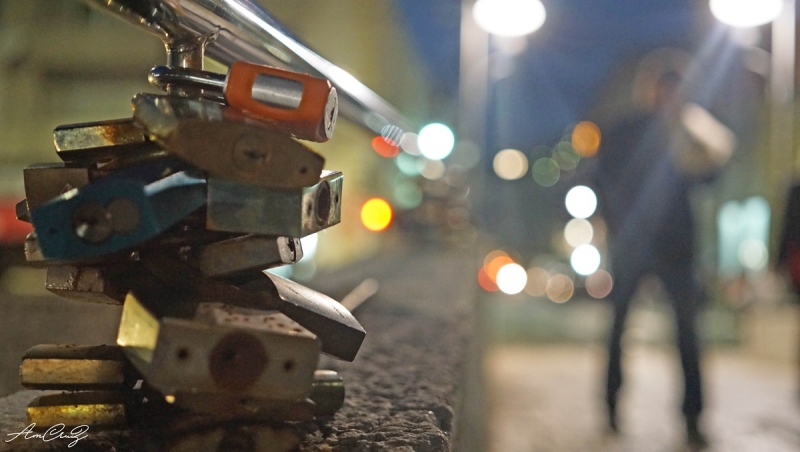 We had a short stop in the town of Jablanica in central Bosnia and Herzegovina. Jablanica is known for a certain railway bridge over Neretva River that was blown up during World War II in an effort to defend Nazi forces. Today, the replica of the bridge is left on the site as a tourist attraction. This bridge was also used in the film Battle of Neretva, the most expensive motion picture film during the time of the Socialist Federal Republic of Yugoslavia. 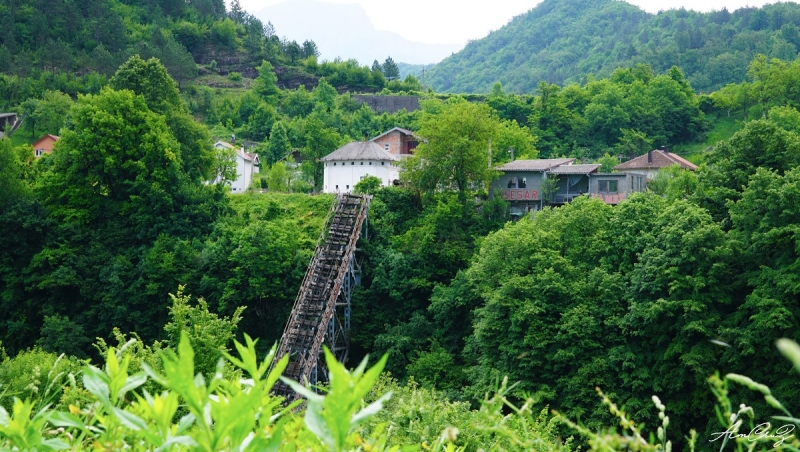 Nearby is a train museum which was built in commemoration of the second World War. I’d say this is a really interesting place for people interested in history. 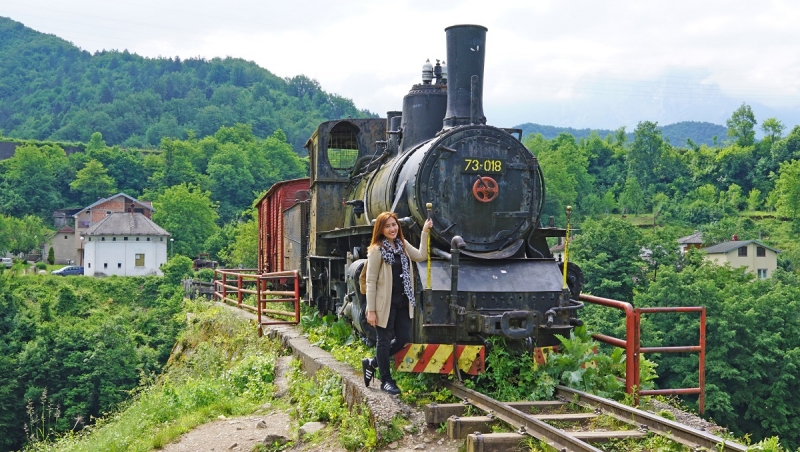 We continue on the road and headed to the left bank of the Neretva River where there is a village called Počitelj, a rural community said to be in medieval and Ottoman- Mediterranean style architecture. We climbed to the top of this beautiful stone village and walked to the cobbled street, the citadel that offers a stunning view of the Neretva valley, the elegant Minaret of Mosque, a clock tower and stone houses. 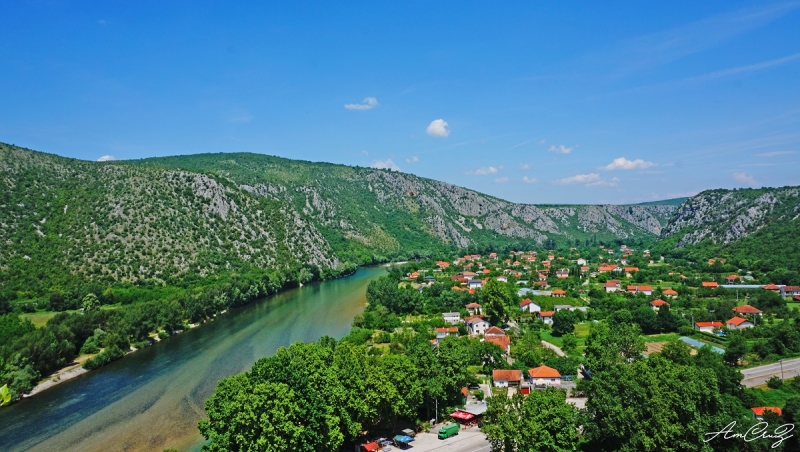 We move again to our next stop, the town of Blagaj, home of Buna Spring. The scenic views really captured my heart. For me, it was like facing a real life landscape painting. The water in the spring river comes out from the cave. It is clean and potable that I even tried drinking it my own. Just next to the spring is another Ottoman-Mediterranean style architecture that looks like it’s floating in the water, adding more beauty into the view – the Dervish Monastery. Within the area, you can find fancy cafés and restaurants as well. 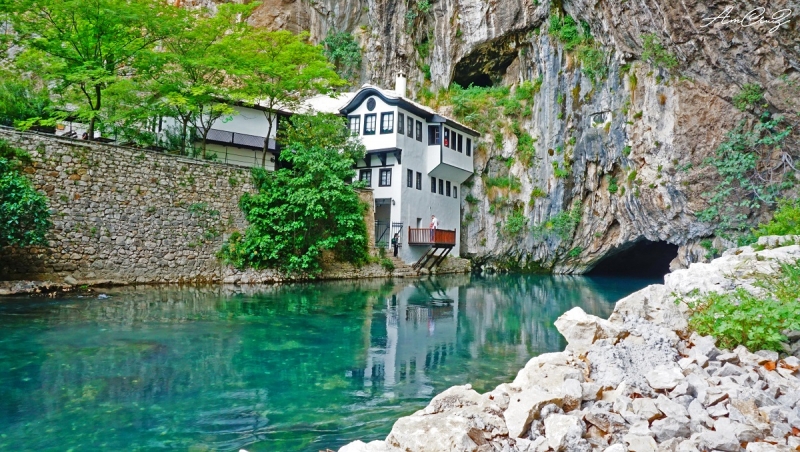 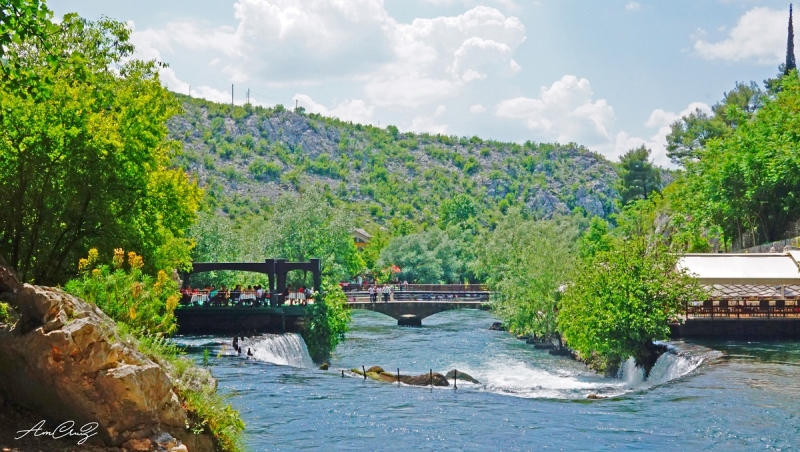 For the final part of the day, we arrived at the charming city of Mostar, said to be the most important city in the Herzegovina region. Mostar is also situated along the Neretva River and is the place where a famous UNESCO World Heritage Site can be found – the Old Bridge or Stari Most”. It was built by the Ottomans in the 16th century but the bridge has undergone reconstruction many times after being destroyed in the war. 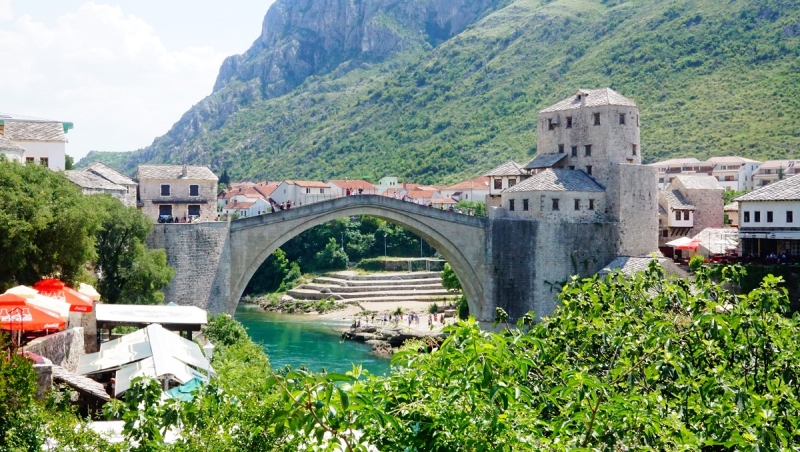 We had the time to explore different alleys of this old town where there really were so many things to see like souvenir shops, an art gallery and local handicrafts. I had the time to enjoy the view of the old bridge from below, watching people pass by while enjoying the sound of the water flowing in the river.

Also read: Mostar: An Ancient Treasure That Belongs On Your European Itinerary 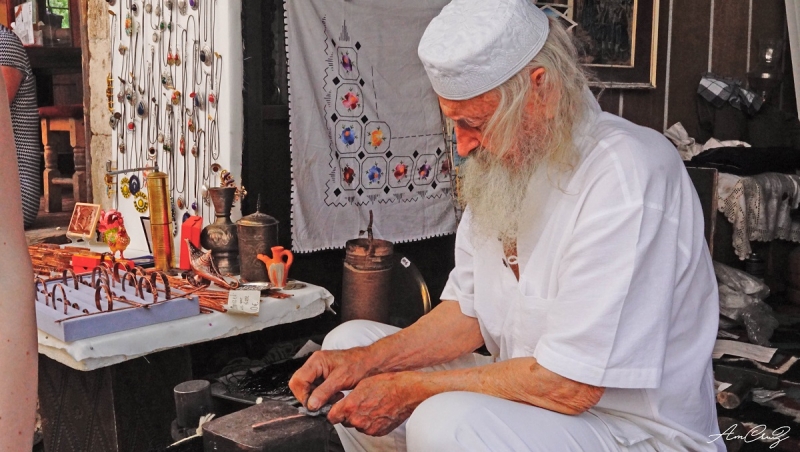 There are plenty of good restaurants in Mostar offering delicious local food and drinks. We specifically tried a restaurant named Sadrvan, where visitors are greeted by their staff dressed in traditional clothing and the food was amazing. Cafes and sweets shops are everywhere! Truly, there really are a lot of things to do and see in this lovely old town. 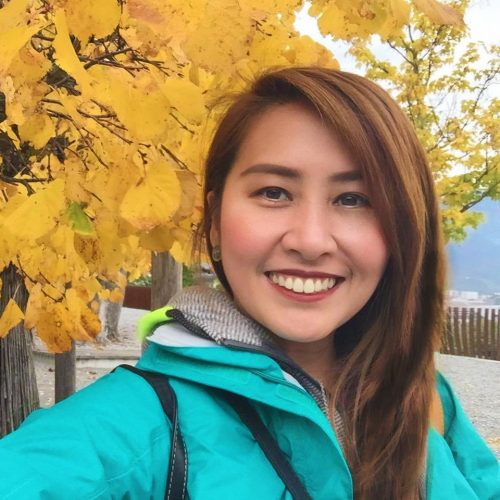 Mau works as an IT administrator and is an entrepreneur by heart. Two of her greatest passions in life are travel and photography. She finds it amazing to discover varied cultures and sees it as a great advantage to share and capture the beauty and uniqueness of the world. She has been to most parts of Southeast Asia, East Asia, South Asia, Eurasia, Middle East and Southeast and Central Europe. She hopes to inspire others to keep on discovering the world and follow their passion.

Previous ArticleHow We Spent Less than ₱15k for 5 Days in Beijing, China
Next ArticleExploring Antique: The Most Overlooked Province in Western Visayas